Plus, how the companies side-step anti-monopoly laws.

Half of the world's beer is produced by just six companies. As Quartz notes, big beer is merging within itself to create some of the largest brewing and distribution companies the corporate beverage world has ever seen. American beer breweries are looking to diversify and merge with foreign companies in an effort to stay afloat as U.S. consumption falls to an all-time low.

Pabst Blue Ribbon's recent sale is the latest instance of this, and talks of mergers continue to dominate business news. AB InBev (Anheuser-Busch, Stella) and SABMiller (Miller, Coors) have been discussing a merger for months, and Heineken has been on the selling block more than once in the past year. Below (click to enlarge) a helpful chart from Quartz's David Yanofsky that illustrates the connections between competitors in the big, bubbly world of beer. 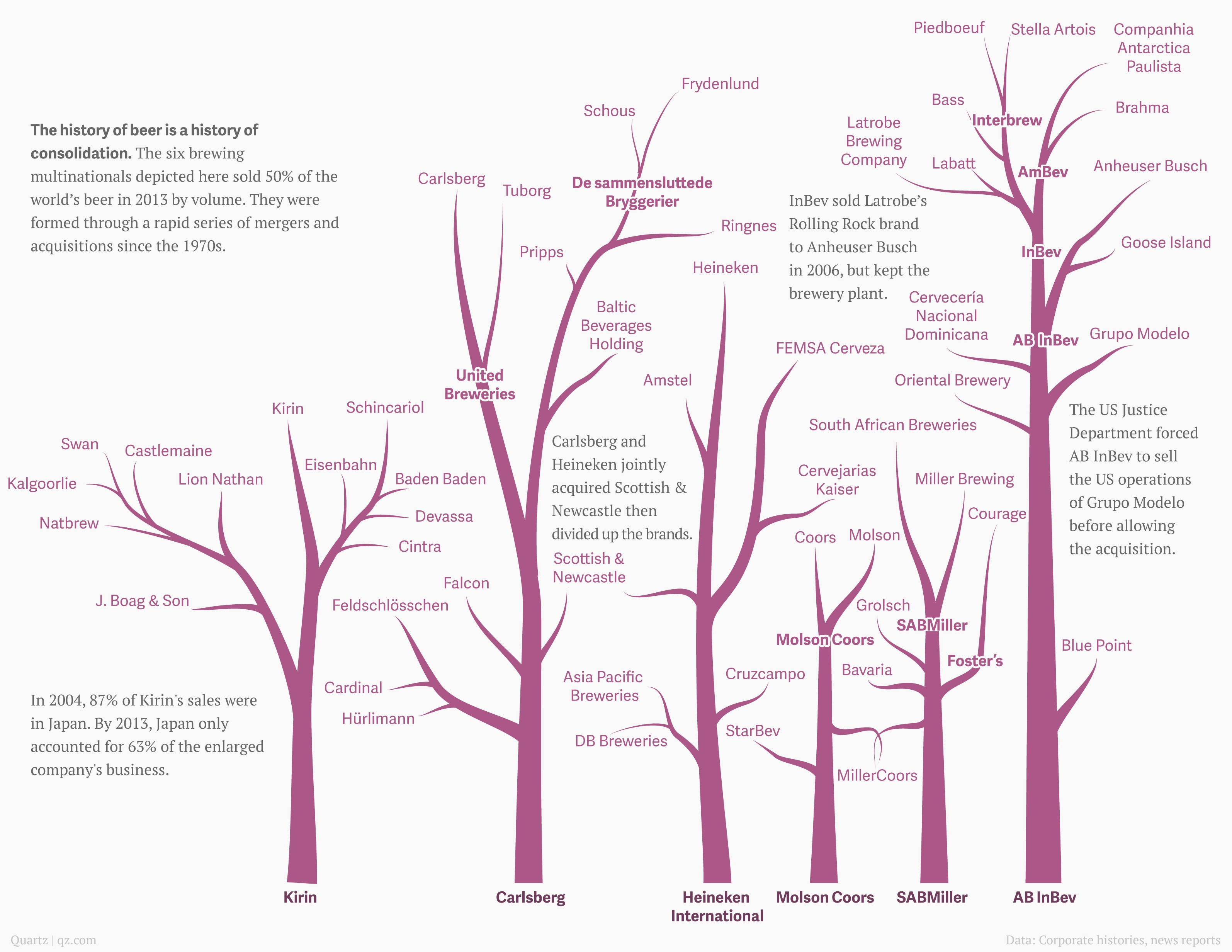