When the first pie landed on the table, our group of six nabbed slices eagerly. We'd made the pilgrimage to 90-year-old Totonno's on Coney Island and waited nearly an hour (at 4:30 p.m. on a Saturday afternoon) for our seats. We began eating, and then a silence fell. Each of us stared at our plates. Finally someone said the words we were all thinking: "What's happened to the pizza?" 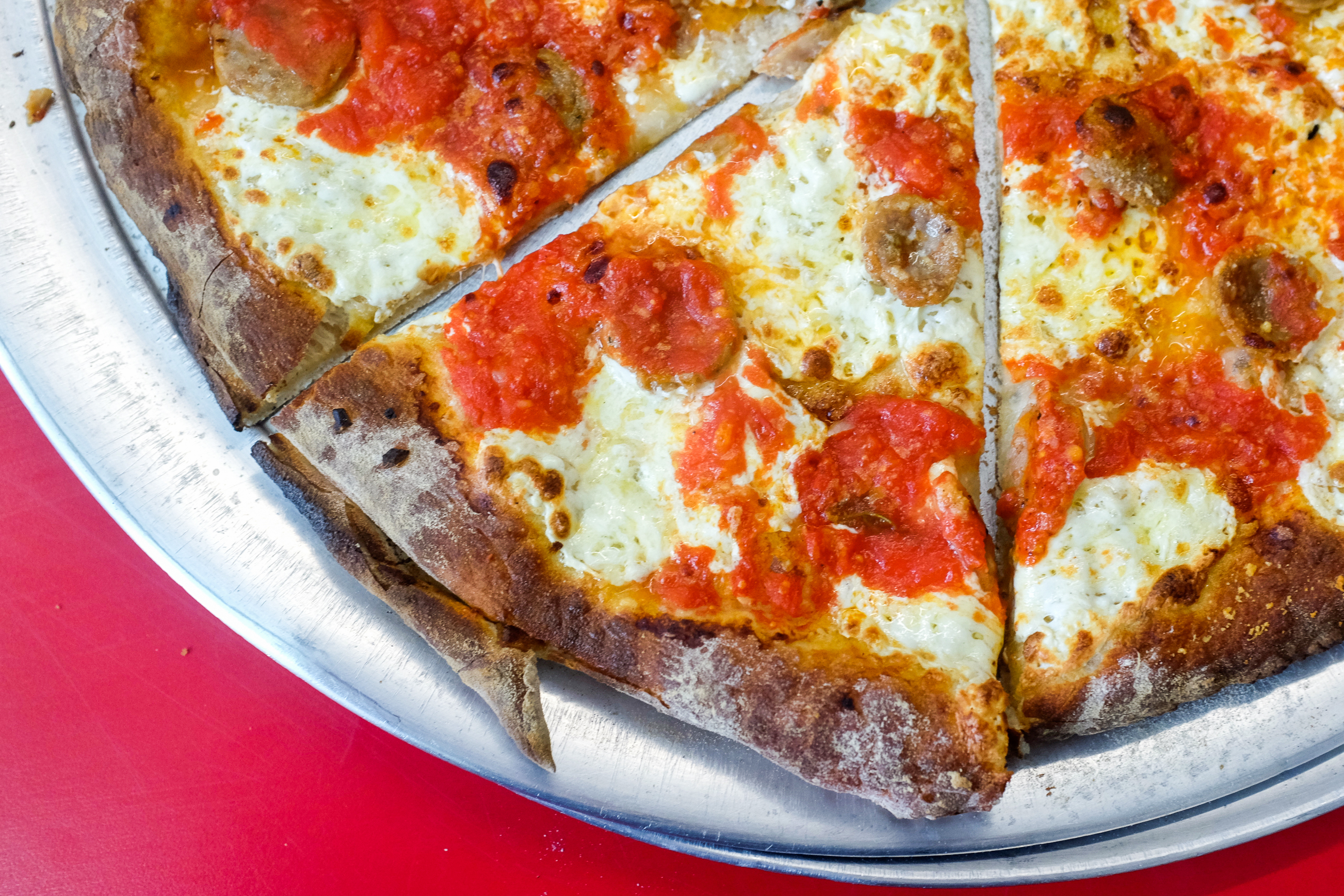 My colleague Robert Sietsema was with us and looked distraught. He’s a veteran champion of Totonno’s, labeling it last year as "the best pizzeria in the world." The place has long served the archetype that, before the last decade’s pizza revolution, taught neophytes (me included, when I lived in New York in the 90s) about the wonders a simple pie could achieve. We learned under the stern eye of Louise "Cookie" Ciminieri, the granddaughter of Antonio "Totonno" Pero who started his business among Coney Island’s burgeoning Italian-American community in 1924.

Too bad the pies didn’t reach anywhere near their usual distinction.

The restaurant has endured two setbacks in the last five years. In 2009 an oven fire closed its doors; it took nearly a year to reopen. Then four feet of water flooded the space during Hurricane Sandy. Ciminieri, who owns Totonno’s with siblings Antoinette Balzano and Frank Balzano, secured enough bank loans and help from the community to resurrect the place in five months. Sietsema has visited more than once post-Sandy and said the pizza was as sublime as ever. (He didn’t recognize the pizzaiolo on duty that day.) There were heartening sights: the room filled with families and couples, the walls lined with framed clippings from decades of praise, and Ciminieri zigzagging around in her lovably gruff way. Too bad the pies didn’t reach anywhere near their usual distinction.

The Sunday menu at Roberta’s in Bushwick bypasses hollandaise-glopped clichés. Not even the most vocal brunch haters will protest. As at lunch and dinner on other days, the restaurant offers charcuterie, including its rightfully praised duck prosciutto, red and white tendrils of intensified poultry strewn on a plate with a jagged wedge of baguette. Salads transcend any specific mealtime. One recent example combined varieties of tomato with cucumber shavings, sesame seeds, and a smooth pesto feral with garlic. Rotating egg dishes mimic lunch counter breakfast specials. A melted slice of American cheese clings to an egg cooked sunny-side up and draped over half of a croissant. Two pieces of stubby, richly smoky bacon poke out, and the fingerlings alongside crackle with every bite.

And of course there is pizza, Roberta’s bedrock. Head pizzaiolo Anthony Falco and his crew are part of the new school of pie pipers: They construct elegant Neapolitan-New York crossbreeds that are built on tradition (the dough yields fragrant, tender-sturdy crust) but also freewheel with toppings. The popular Dakine rotates on and off the menu but particularly appeals at brunch with its sweet-savory repartee—a 2.0 take on the Hawaiian with slivers of fresh pineapple, mozzarella, ricotta, extra hammy prosciutto cotto, and splotches of jalapeño. Ours came pockmarked in all the right ways. The lip was pouty without heading into Meg Ryan territory.

We also ordered an Involto, Roberta’s calzone-stromboli hybrid. The dough envelops mozzarella, parmesan, ricotta, sliced soppresata, roasted red pepper, and a varnish of tomato sauce. One end was sealed and the other was left agape like an open mouth; it brought to mind a suckerfish on the side of an aquarium. We devoured it.

Brunch’s excellence echoed similarly memorable dinners I’ve had at Roberta’s. The restaurant opened in 2008 in a concrete fallout shelter of a space, its grotty dining room lined with 70s rec room paneling and picnic-style tables. Not much has changed atmospherically, though a garden and a tiki bar eventually appeared in the compound, which also includes the 12-seat tasting menu restaurant Blanca. Chef Carlo Mirarchi oversees the kitchens of both restaurants. He’s long since taken the scope of Roberta’s cooking past the narrow focus of a classic pizzeria, though seafood-vegetable sonatas like grilled mussels with carrots and lime or scallops with English peas and peaches never seem too haughty for the environment. Nor does the attention to clever smalls plates and dinner pastas ever eclipse the centerpiece pies that constantly emerge from the red wood-burning oven. It’s a masterful balance and a lucid reminder: One never knows what will emerge as a singularity in the dining universe.

Our review of Totonno's Pizzeria Napolitano

Our review of Roberta's