Mr. Wong's Frank Roberts on Three-Hour Waits at One of Sydney's Hottest Openings

Share All sharing options for: Mr. Wong's Frank Roberts on Three-Hour Waits at One of Sydney's Hottest Openings

This is the Gatekeepers, in which Eater roams the world meeting the fine ladies and gentlemen that stand between you and some of the restaurant world's hottest tables. 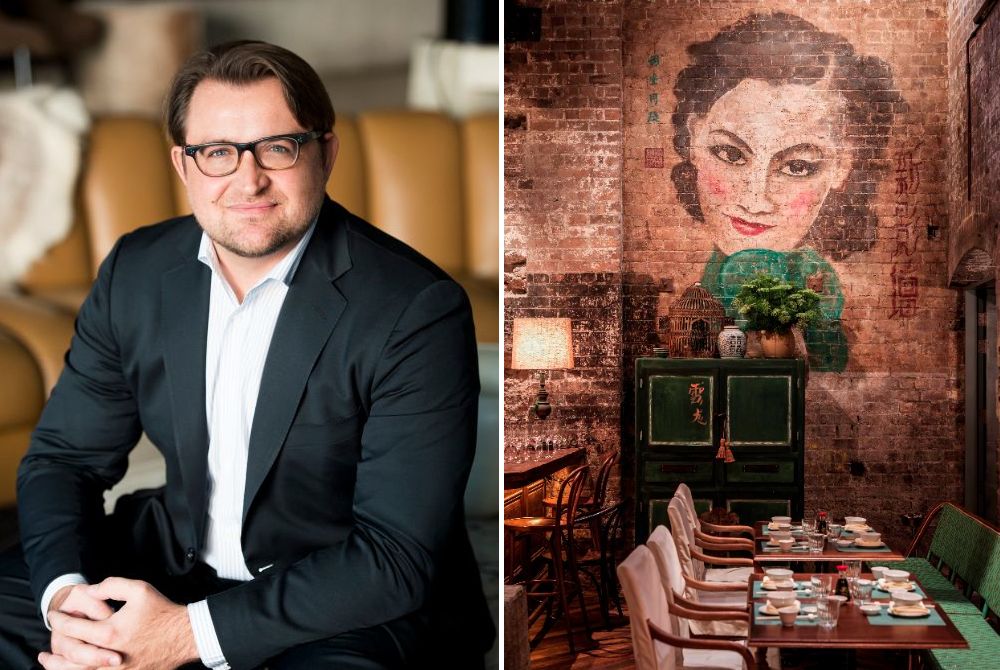 Australian hospitality group Merivale already housed several major concepts in its portfolio — including the fine-dining spot est. — when buzz starting forming around its newest Sydney project, a sprawling Cantonese restaurant that boasted a Hakkasan alum (Eric Koh) as its dim sum chef. After months of anticipation, Mr. Wong opened its doors in August 2012, featuring 240 seats, a 60-item menu by Koh and executive chef Dan Hong, and an insane line out the door.

"We did 400 people on the first shift," says Frank Roberts, Merivale's director of food and beverage, of Mr. Wong's opening day. "The queue was so big that at 9:30 p.m., when we were saying the wait was three hours, we literally turned away probably 300 people. On the first shift. It was intense." Since then, the queues have remained, with weekend waits reaching up to three hours during peak times. Here, Roberts (who worked his way up at Merivale from restaurant manager to operations manager to F&B director in 2012) talks to Eater about preparing a staff to open a 240-seat restaurant, why he likes complaints, the rationale behind Mr. Wong's reservation policy, and his personal "no asshole" policy. Hint: "If you're an asshole, we won't let you in."

Mr. Wong was easily one of the most-anticipated openings in Sydney in 2012. Why do you think that was?
It was a combination of things. Pretty much anything that [owner] Justin Hemmes does conceptually, it creates hype. But this was combined with the fact that it was the biggest, most ambitious [opening] for our young chef Dan Hong. Dan and Justin are a great team because they have a similar creative vision, but Dan is 30 years old and running some of the best restaurants in country. He's very much one of the bright rising stars in Australia if not the world. There was a lot of anticipation, and I suppose the expectations were exceeded. [In the past], we've done some things really well, and we've done some things where we've learned from them. This time, we were fortunate that the stars voluntarily aligned and everyone loved it.

Do you consider it an advantage to be so hyped pre-opening?

"The additional pressure is on us to perform. But we like the pressure."

I'll tell you: We opened a new restaurant last week called Papi Chulo, and I spent a lot of time in the few weeks before we got open, saying, "Guys, we are not like a normal restaurant business. When we open, we are going to be absolutely packed from day one, with very high expectations." ... Some restaurants open and they hope they're going to be busy, and maybe someone will turn up. And then maybe they'll get a good review, and then they'll be busy. Whereas we've got this additional pressure with everything that we do: There's a huge amount of focus, not only from the media but from the public in Sydney. So, it's an advantage in terms of the fact that we're going to be busy, but the additional pressure is on us to perform. But we like it. We like the pressure. 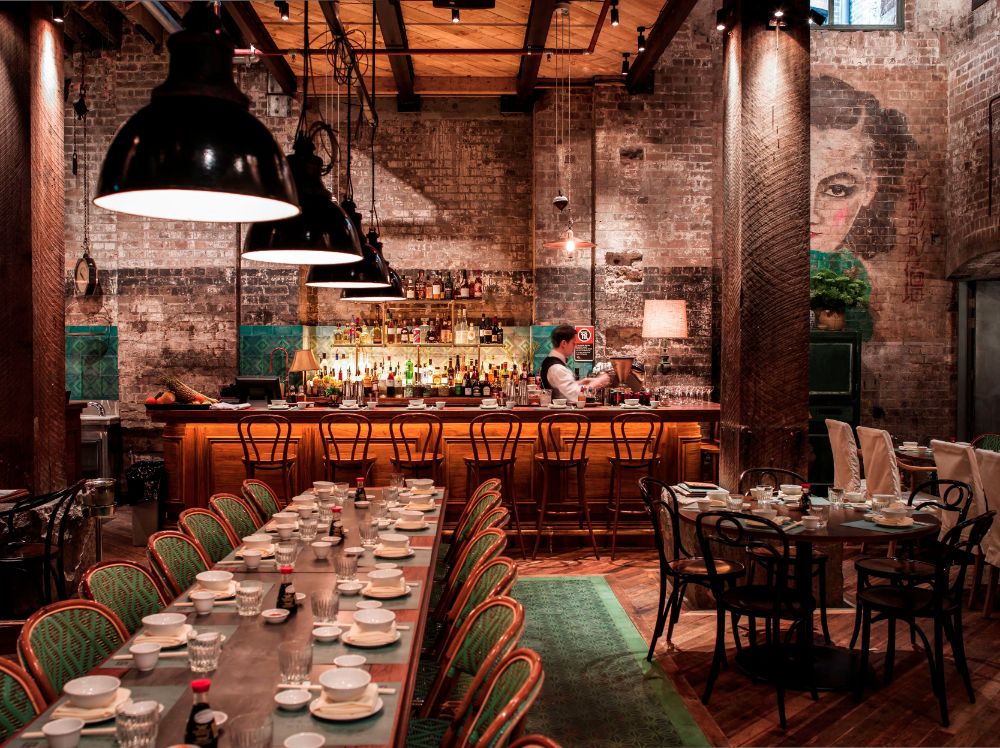 The restaurant is also one of the largest openings of last year. From a managerial standpoint, how difficult is it to conceptualize and run a 240-seat restaurant?
It was tricky for two reasons. One, because we were trying to do quite an authentic Cantonese experience, but none of us were Cantonese. So, we had to get our head around what that was like. If you're opening a restaurant that you've done 50 times over, it's a lot easier. For example, opening a French brasserie: simple. But opening an authentic Cantonese restaurant when none of us was Cantonese was challenging. I think in terms of the logistics of doing the number of covers and the scale and quantity, it was hard, but we knew it was going to be busy. It wasn't like, "Oh, wow we thought we were going to do 250 people and we ended up doing 1,000." The goal was always 1,000 a day, and that's where we've been going.

How long did it take to get the rhythms going? How do you streamline it and make sure things run smoothly?

"Any restaurant that's doing its best services when it opens is doomed for failure."

[Laughs] That's a very good question. First of all, be patient. A lot of people have this really unrealistic notion that it'll be all perfect. Any restaurant that's doing its best services when it opens is doomed for failure. A restaurant's like a child: First you give birth, then you've got to have some intense training growing up, nurturing. Then they get a bit bigger, more confident, they'll walk, run. So, you've got to look at it like that. It's a long-term thing, and you've got to aim to be better every day.

I think some people are really concerned about opening. Like I said, we just opened this new business this week, and everyone on my team was like, "The opening! The opening!" I'm like, "Don't worry about the opening. That's Day One. Talk to me on Day 1,000, and then let's reflect upon it." So, patience is the key. And just being really honest with how you can be better, and understanding at the end of the day, a restaurant's about fun. You've got to make it fun for people, and if your team's having a good time, then your guests are going to have a good time.

Since you just mentioned reflecting on where you can improve, was there anything you identified early on, in terms of getting better?
There were a few things. We certainly identified that we had to put a lot more work into our service. Our food from day one was pretty consistent, but we had to really work very hard those six months to get the place delivering the service that we expected of it. And there were a lot of tears, a lot of big hours, but some people made it, some people didn't, and it's ongoing. You can't stop and go, "We're fine now." You're constantly striving for excellence, right down to the junior guys.

Let's say it's 8 p.m. on a Saturday night. What's the average wait for a table?
It varies. When we're really peaking — like in the middle of Christmas — to be honest with you, it was really worrying, it was three hours. And that upset a lot of people. People in Sydney just aren't used to that. In New York, you could get your head around it, but go to Sydney, and they take it as a personal affront. So, we try to keep the wait to one hour, one hour-and-a-half max, but when we're crazy, it's three hours. We hate it when it's three hours. We really hate it; we wish we had another 100 seats. 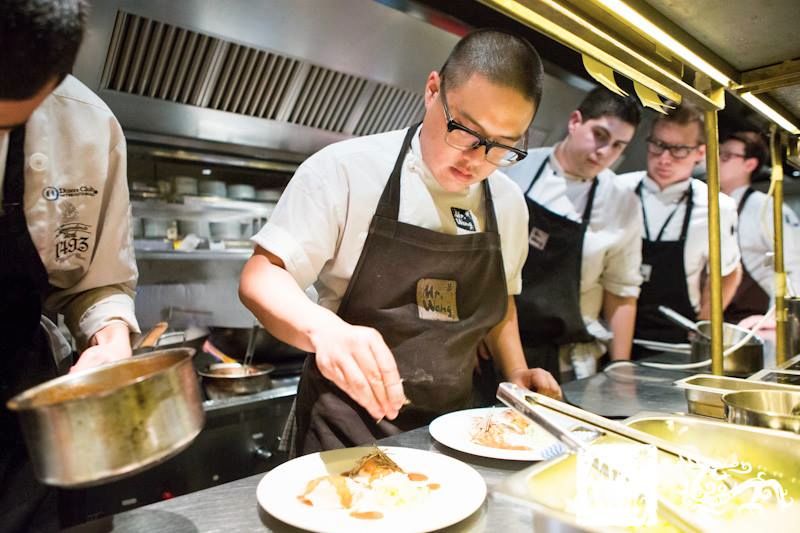 Is there anything a guest could do to make their wait shorter?
Be really polite, really nice, really understanding. We like people like that. If you want to turn up early with kids, we'll often try to get those people down first than perhaps the couple that's out for the night. We understand, we want families to come, but we also don't want to make people with little kids wait. But yeah, if you're an asshole, we won't let you in.

A no-asshole policy.
Well I pretty much have one, yeah. One of the things that I've really learned about doing a restaurant is that you meet absolutely everyone through the door; all elements of the population. And 95 percent are amazing, and five percent are like, "You know what? I don't think we'll have you tonight." It's about keeping the good ones.

So do you get very angry customers when you tell them about the wait?

"You know that ad with Joe Pesci and the Snickers bar? We see that 50 times a night."

Yeah. Sydney's a great place, but there's moments where people can get a bit uptight about the wait time. But we just try to manage it the best we can on an individual basis. There's no hard-and-fast rule. And yeah, people get upset. They're hungry. You know that ad with Joe Pesci and the Snickers bar? It's like that, we see that 50 times a night. Once you give them some dim sum and a glass of wine, they're okay.

What was the reasoning behind not allowing reservations for parties under six?
For dinnertime; lunchtime we offer reservations for all sizes. To be honest with you, it's a terrible configuration: Because the restaurant has a really interesting layout that just doesn't really work to book. We've got some great spaces for big groups, great spaces for twos, some fantastic little ledges and bars you can sit at. It just kinds of works better. It certainly works better for us, and I think for the customers, despite the wait time, it works better for them, too. 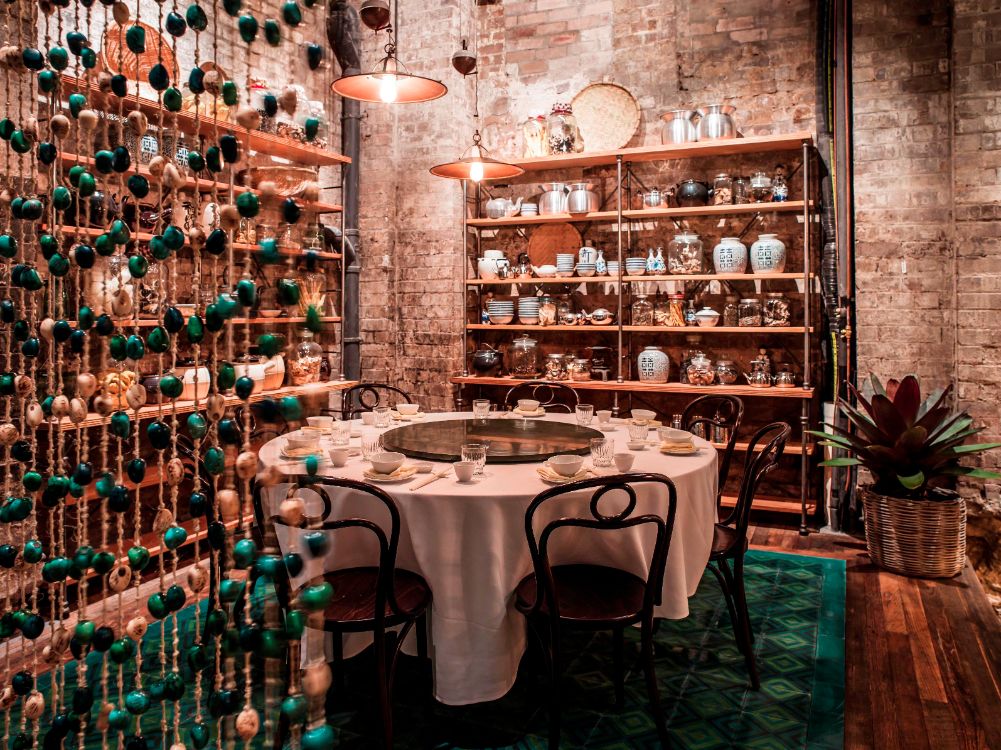 The other thing, too, is that Chinese food works so much better if you're eating in groups. If you and I go there for two, you just don't have the same experience if you're going with six or above. We really want to encourage that. For example, on Valentine's Day, we're sticking to our guns, we're only taking six and above. And we're actually encouraging groups to come: We're giving free Champagne if you're a group of six or more. Because we want people to come and get into that festive Chinese, sharing experience. It just works so well.

Tell me about some of your favorite regulars.
We get such a broad cross-section. ... But my favorite regulars are the people who just made the restaurant their local [spot], if they want to impress people and have a great night out, or if they want to turn up in shorts and sneakers, have dim sum and a pot of tea. They're my favorites, because what we want Mr. Wong to be is an institution, so in 20 years time, we can look back and go, "Wow, I remember when this place opened, it's still as good as it was yesterday," and people feel like it's theirs. They're our favorite regulars. We've got hundreds of them. The hot, "Wow, this is the place of the moment" crowd are amazing and we never want to lose them, but this restaurant really was built for everyday people to come as often as they can.

Do you have any tips for dealing with a guest who is not having a pleasant experience?

"I love complaints. I see a complaint as my window of opportunity to try to make this person my regular."

Well, I love complaints. That's the first thing: I love complaints. I see a complaint as an opportunity for us to not only solve the issue, but this is my "in," or my window of opportunity to try to make this person my regular. That's my attitude when I go into the situation, this is my introduction. If you go into it with that mindset, then your problem-solving is going to be as good as it's going to be. And the second [tip] is: always listen.