In what will up the ante for food nerdery forever, Chicago-based game company Trinket Studios will soon unleash a video game hybrid combining a fantasy epic with a cooking game: According to GameSpot, the plot of Battle Chef Brigade is basically a "fantasy Iron Chef." Gamers enter a "battle pantry" to slay their own protein (and apparently fend off other potential dragon-meat hoarders), then virtually prep and cook the meat in a "cooking competition." The player's fate in the game is ultimately determined, in true Iron Chef style, by a "tasting panel of judges."

According to developers, the cooking simulation involves fantasy ingredients (like unicorn horn shavings), but the culinary component is serious: They've taken into consideration real-world food pairings and "the science behind their favorite dishes." Says Trinket Studios president Tom Eastman: "For instance, you can make a pie — and that's not especially complicated — but in that pie you could add fruit or meat or make it into some weird fruit-meat-seafood pie." The game should be ready sometime later this year, but in the meantime, check out more concept art, below. 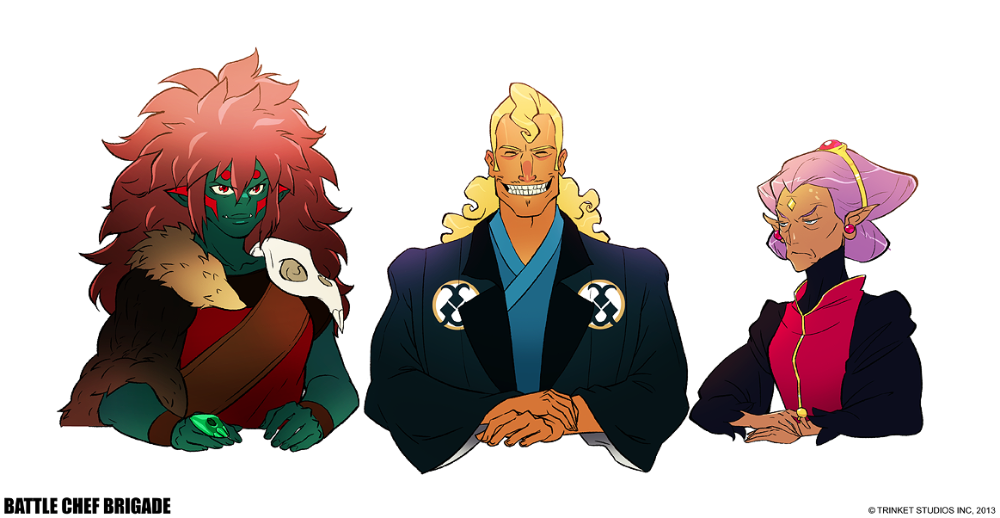