Share All sharing options for: Review: The Inconvenient Truth of GMO OMG

So far in this column I have reviewed two documentaries — Somm, which I thought was okay; and Hey, Bartender, which wasn't. (You can also read a review of the foodstuffs in the Matt Damon flick Elysium on my site, if you wish.)

This week, GMO OMG is under the gun and it's much more difficult to review. Instead of exploring a niche world relatively unimportant to the survival of humanity (viz. craft cocktails or abstruse oenology), the documentary, written and directed by Jeremy Seifert and released September 13, is about an issue fundamentally important to anyone who eats anything ever.

The first three letters of the film, of course, refer to genetically modified organisms. The second three letters are not the French translation but rather the internet acronym for "Oh My God." As in "OMG, GMO's have totally fucked us, are fucking us now, and there's no opting out of our fucking, we're fucked."

Any criticism of the cosmetic attributes of this message therefore seem petty when the message itself is of dire importance. This isn't to say there aren't any issues. Mr. Seifert shamelessly exploits his three children — Finn, Scout and Pearl — as ciphers for innocence and naivete. He crafts them silly GMO goggles out of plastic straws, forces them to run through a cornfield in gas masks and hazmat suits, and bids them stand in front of various buildings with a GMO cardboard sign looking sad. But — and it's an important but — three things mitigate this criticism.

First, his kids are perhaps the cutest kids that have ever lived (excluding mine.) Secondly, his eldest son, Finn, is obsessed with seeds and always has been. He was the little dude who turned Seifert onto seeds in the first place. Thirdly, his children will be victims of GMO's. Since they aren't just symbols but are also victims, Siefert gets a pass. 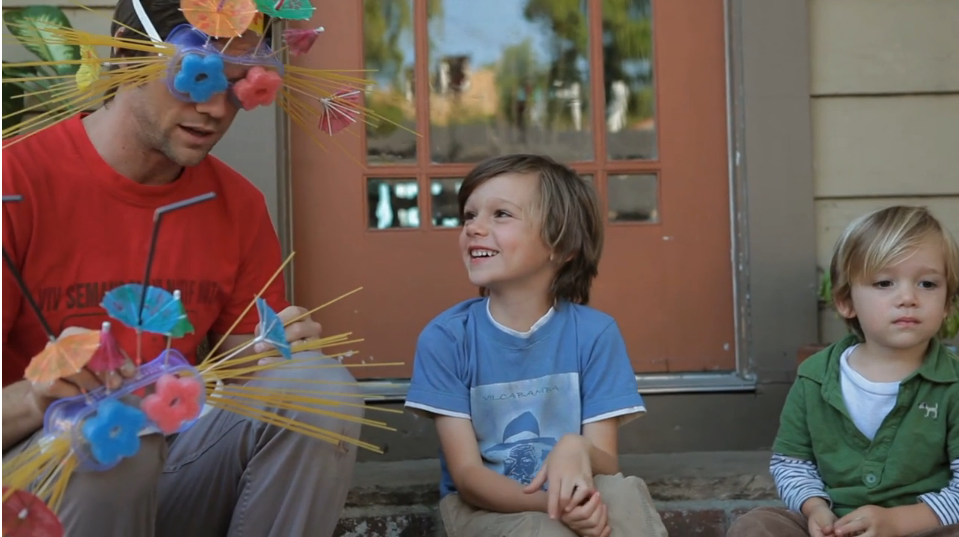 At times Seifert ventures into Michael Moore territory, pulling silly stunts like showing up at the Monsanto headquarters to demand a filmed interview (even the most do-goodery company would not have assented) and standing at the gates of the White House, murmuring, "Where's the outrage?"

For the most part, though, the film does a tidy job cluing us in to the shitshow of industrial agriculture. This isn't such a hard task. If you choose to see it, the situation is undeniable. About 80% of crops grown in America are genetically modified to either resist herbicides or to kill pests. For certain crops, like soy beans and corn, these numbers are much higher, 93% and 88%, respectively. These genetically engineered seeds were developed by and are owned by a half dozen large biotechnology companies like Dupont, Bayer, Dow Agrosciences, Syngenta (which has a hilariously Orwellian logo designed, interestingly, by the same folks behind Prozac) and, of course, Monsanto.

All of these companies make billions from the business — US$102,241 billion since 1996 — and act aggressively to protect their property. This is why farmers are not allowed to save their own GE seeds (The Supreme Court in Bowman v. Monsanto recently upheld this policy) and why the aforementioned companies spend so much time and energy discouraging any close inspection or discussion not only of the long-term health risks of GMOs, but really, any sort of risk associated with GMOs: health, financial, moral, environmental.

Seifert's point is we don't know what the long term effects of GMOs are on human and environmental health. There have been some studies which say it's no biggie but those are paid for by the companies themselves. There was one study not paid by the company by a Frenchman in which rats who ate GMOs got tumors so that's worrisome. 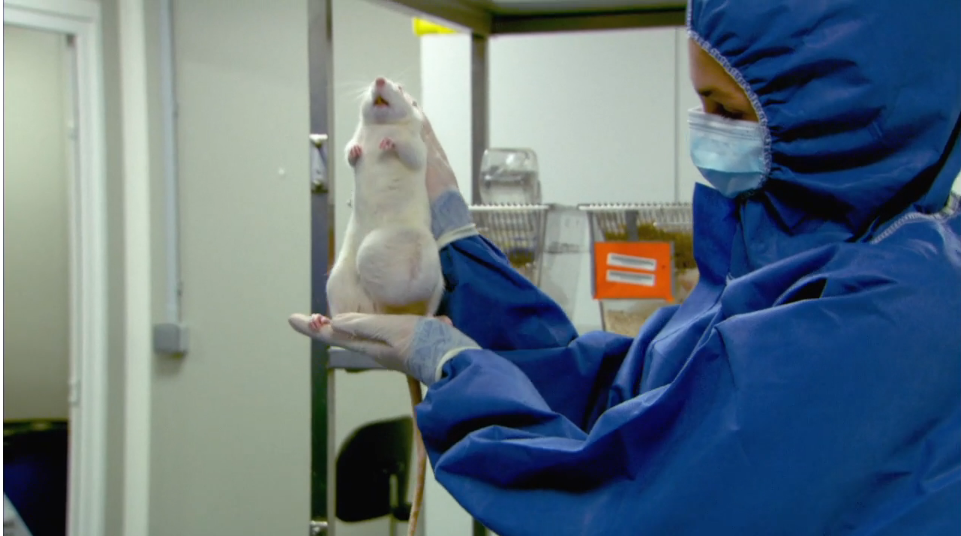 It's insane that we're cheerfully consuming so many GMOs. 80% of processed food contains GMOs. But, fuck it. This isn't a data dump; it's a movie review. That's the same problem Seifert struggled against: the facts just seem so compelling you want to shout them at the top of your lungs. But that doesn't make for a good movie or for a good review. It just makes for a lot of shouting.

So Seifert takes to the road. He tramps across the country, meeting with farmers straight out of East of Eden and chatting with anti-GMO talking heads like Jeff Moyer, farm director of the Rodale Institute, general lefty poster child Bill McKibben, and Ken Roseboro, head of Organic and Non-GMO Report.

One of the strengths of the film is Seifert doesn't just speak to organic farmers but to conventional ones too, and he doesn't demonize them. One conventional farmer frames the use of GMO's as a moral duty to help feed the world. Of course, this is a bit of cant to which Seifert later lays waste but not in a vindictive ad hominem way. [Over 30 years, organic crops out perform GMO in terms of yield, according to a 30 year side-by-side study.]

Another strength is that Seifert is a handsome guy and with the right amount of self-deprecating humor to soften the agitprop aspects of the film. Preaching is kept to a minimum. It's also awfully beautiful. Sometimes too beautiful like it was a fake Mumford & Sons video or, in Norway, an issue of Wallpaper. For example: 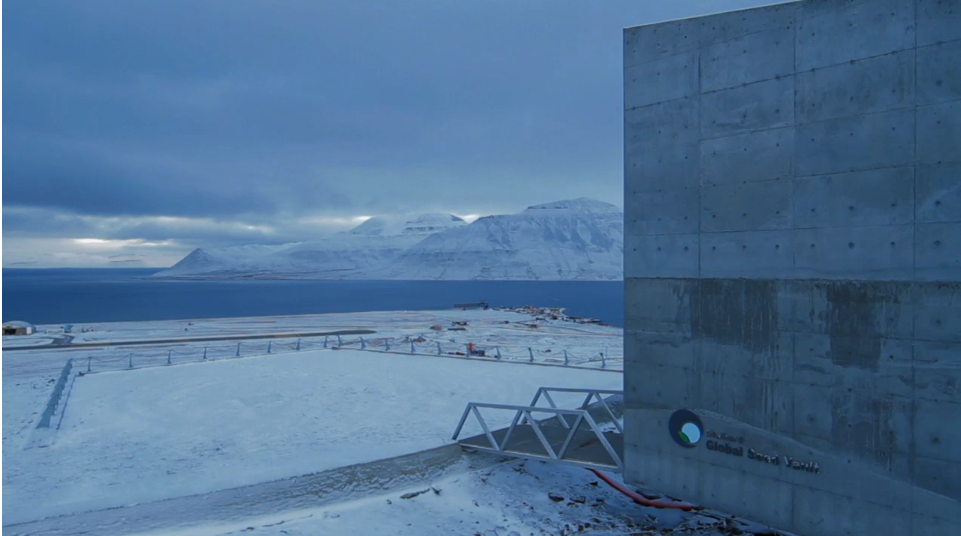 Do we really need this glowing shot of the Eiffel Tower? 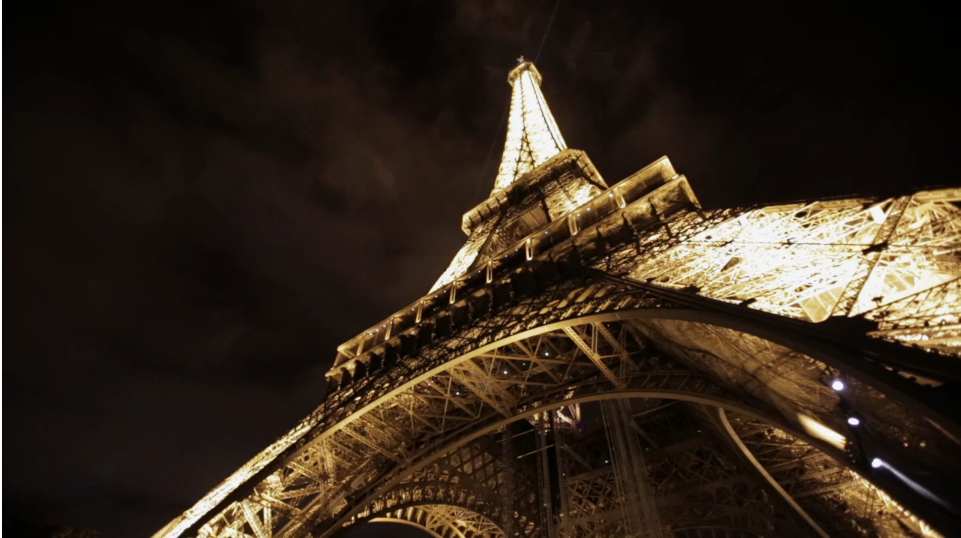 Must the film end with this Haitian woman humping the air as the sunsets? 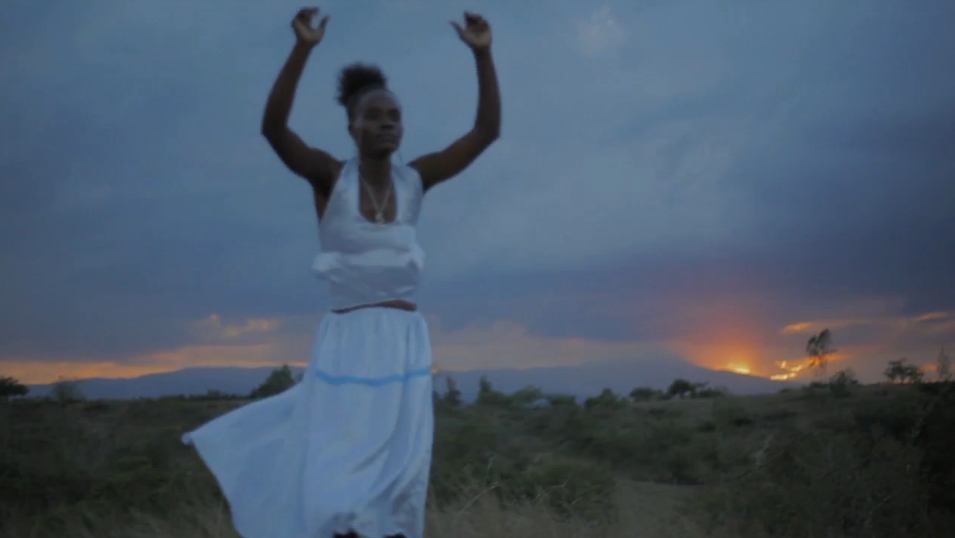 Actually, we might need the eye candy after all. See, it's not that we stay ignorant simply because the money spun off by GMOs forms a cone of silence around their effect. (The first rule of GMOs is you don't label GMOs. The second rule of GMOs is you DO NOT label GMOs.) There's another reason, too. We stay so ignorant because we don't want to know about GMOs.

If 80% of processed food contains GMOs, what a bummer it is to seek that 20%. How would you even go about it? We don't want to worry that we'll all get tumors and die because, hey, life is short, corn is cheap, and let's get on with it. GMOs might be lethal but they only might be. And, after all, it's such a hassle to think about. Here's the most telling shot in the whole film, from my opinion. It's the headquarters of Monsanto Applied Molecular Breeding in Ankeny Iowa: 3302 SE Convenience Blvd. 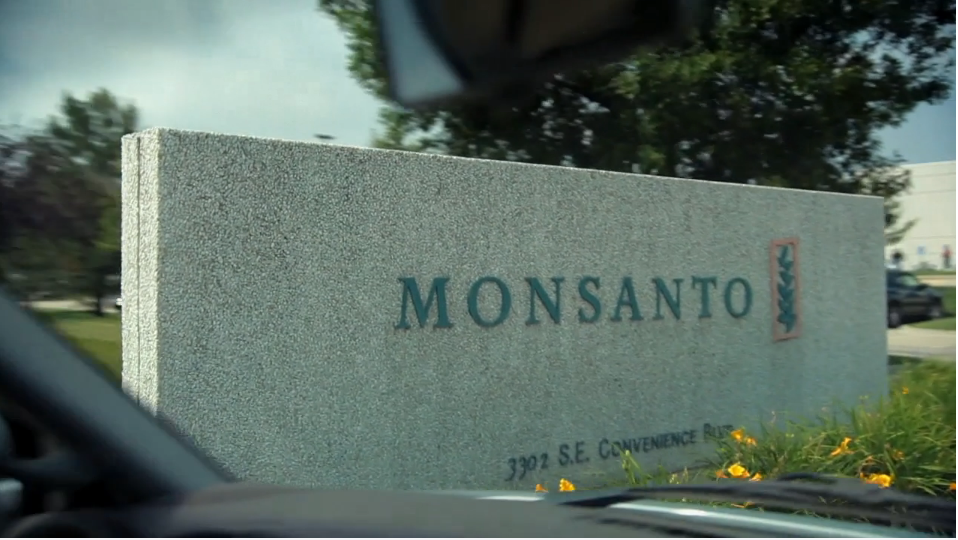 The truth is I'd be surprised if GMO OMG elicits more than a :/ or, if it's lucky, a fleeting WTF as it flickers then fades from public consciousness. It will enjoy modest success, be seen mostly by people who agree with Seifert already, and then disappear to the feel good back alleys of the iTunes Store along with King Corn, A Place at the Table, and Food Inc. It's not Seifert's fault, of course, for he tells the truth. It's just the truth is inconvenient.