Fool Magazine: Who's the World's Most Underrated Chef?

Share All sharing options for: Fool Magazine: Who's the World's Most Underrated Chef?

Food writers and awards committees spend countless hours debating the world's greatest chefs and restaurants, but here's a question that often goes unasked: Who is the world's most underrated chef? Fool Magazine's Per-Anders and Lotta Jorgensen posed that question to more than 100 food writers and chefs around the world, including the likes of René Redzepi, Alice Waters, Ben Shewry, Alain Ducasse, Food & Wine's Kate Krader and Eater's Gabe Ulla. Now, all of those answers have been published in the third and most recent issue of the award-winning magazine. While Per-Anders Jorgensen notes that there are some repeats — Albert Adria and Paolo Lopriore among them — he says he was surprised at the variety of chefs whose names came up in the poll. "As you can see, it's quite unpredictable," he says.

While some picked their local favorites, others thought outside of the box; Time Out London's Guy Dimond wrote that cooks are underrated while chefs are overrated, while TedX food curator Jill Dupleix replied, "Every female chef in the world." Two chefs even named themselves, perhaps jokingly (and perhaps not). Most of the responses are given without explanation, but a few of them are laid out in full in the magazine spread. Fergus Henderson writes that "There are bad chefs and good chefs and the media being what it is, there's no room for underrated." Meanwhile, Redzepi composes a long response to what Jorgensen admits such a difficult question he doesn't know if he could answer it himself.

That said, Jorgensen says that calling attention to chefs like those named in the survey is exactly what he and Lotta aim to do with each issue of Fool. "René, in all honesty, doesn't really need the spotlight anymore," he says. Someone like Thailand's David Thompson does need that attention, he says. And, indeed, Thompson gets a mention in this list (courtesy of Attica's Ben Shewry) and a feature in Fool's third issue. Here's a look at the full list of underrated chefs:

Who Is the World's Most Underrated Chef? 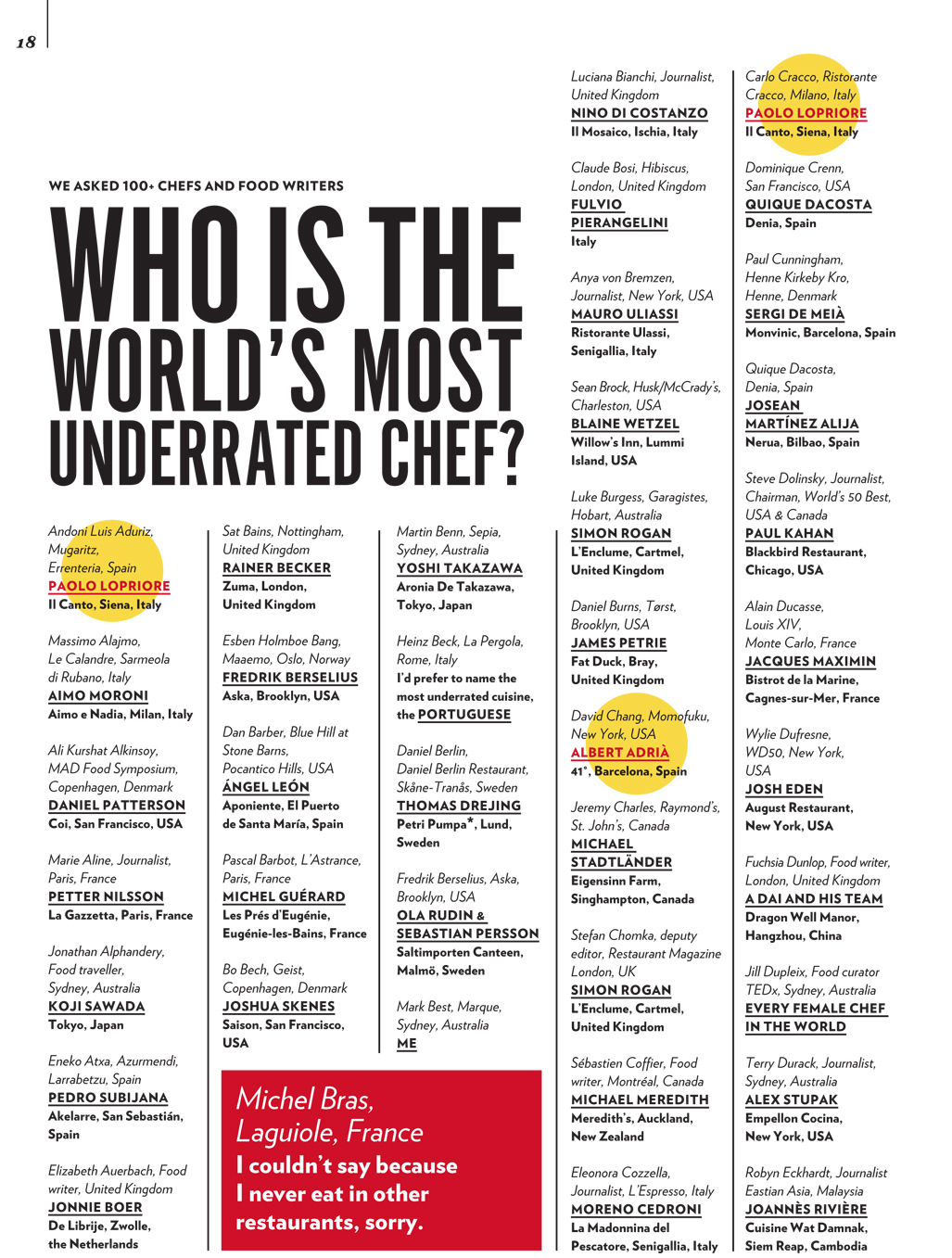 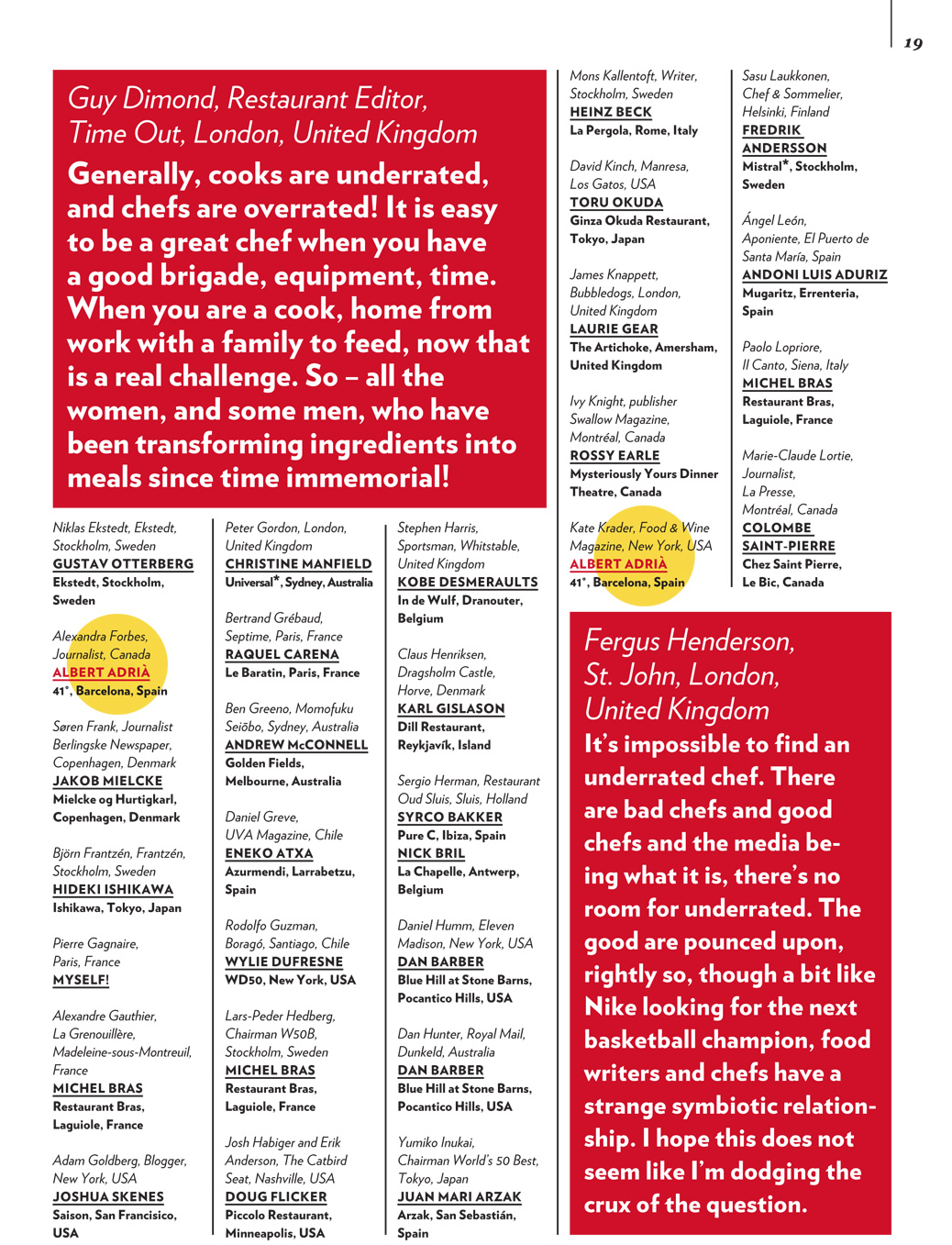 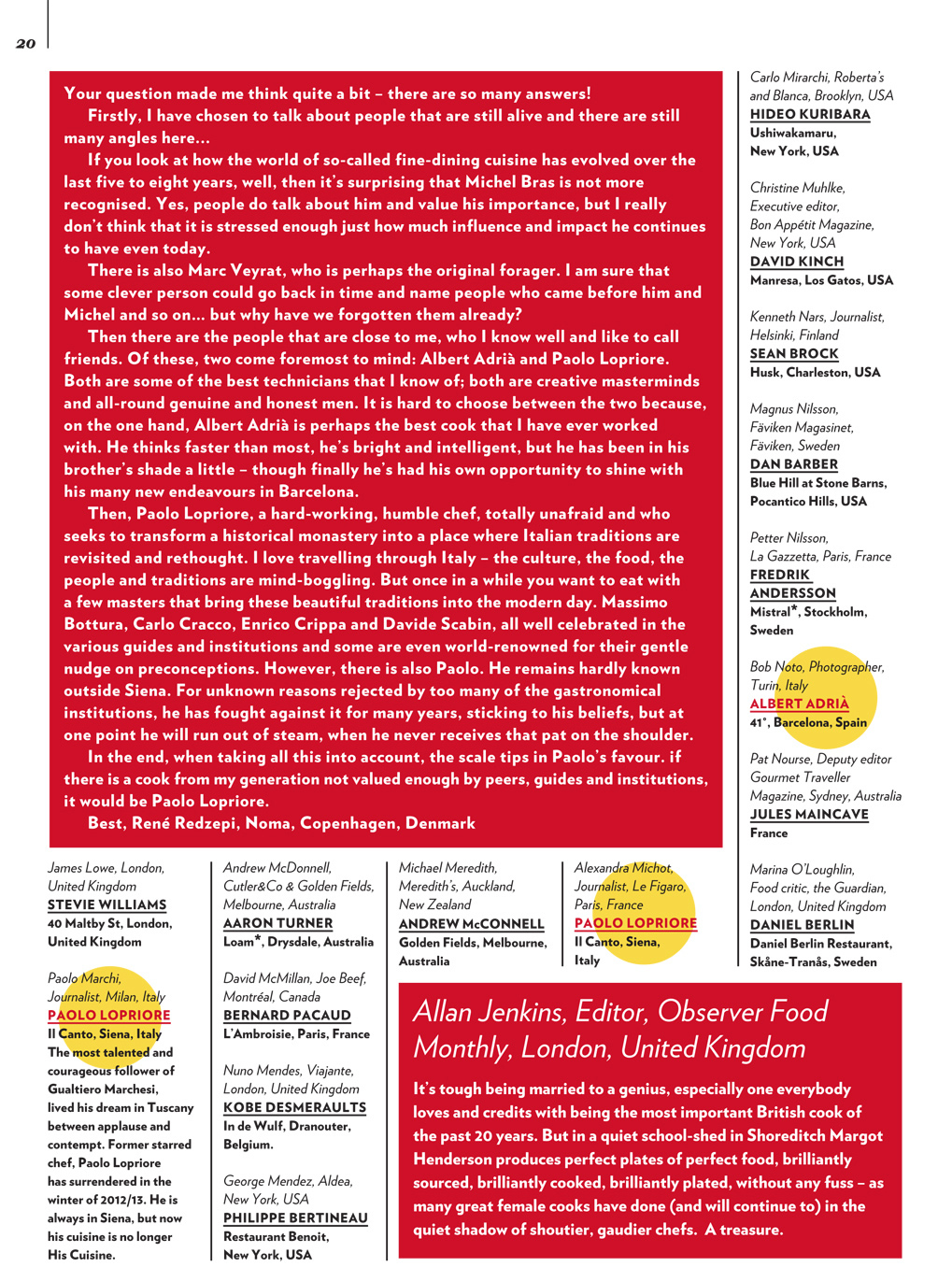 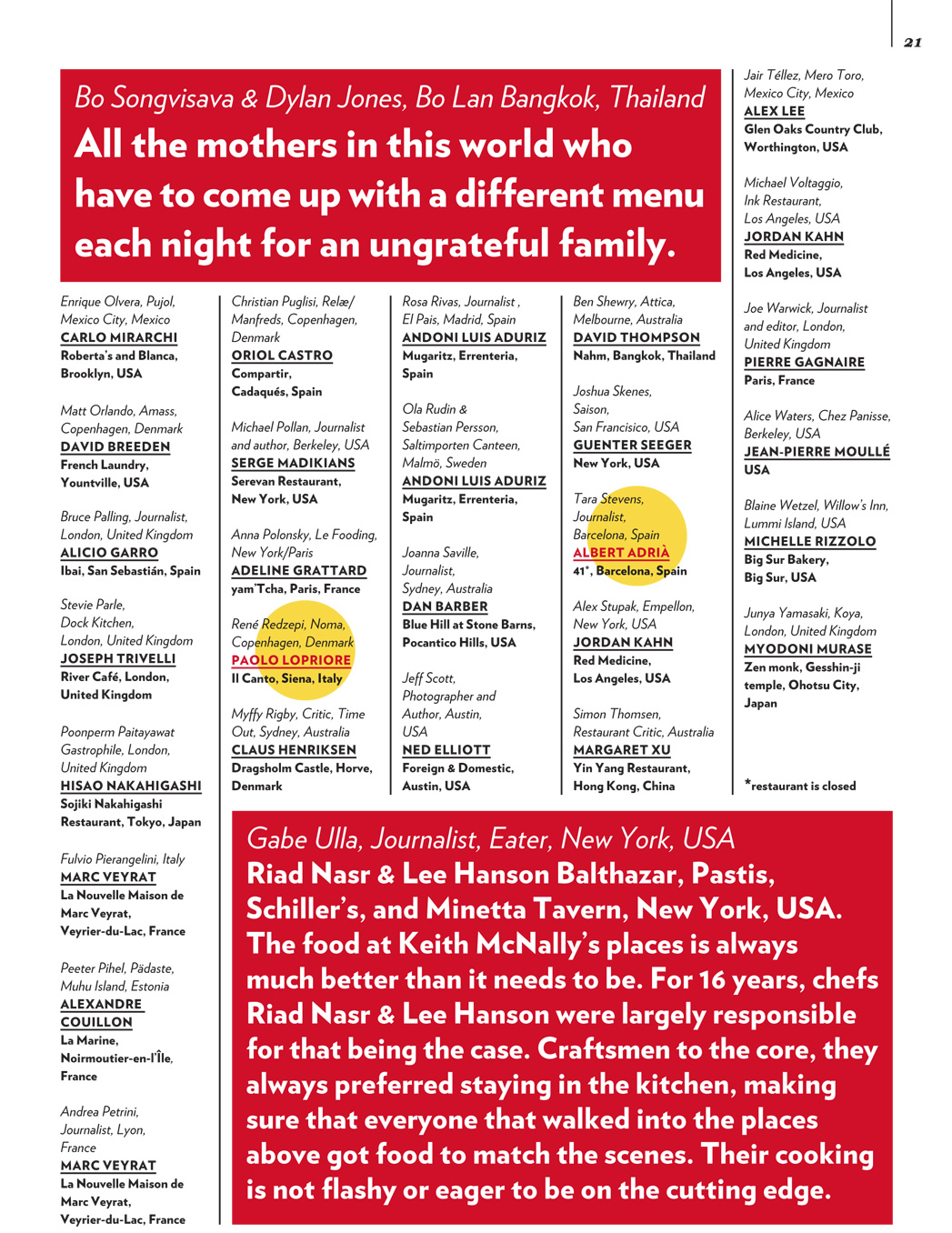