On the latest episode of Saturday Night Live, club kid Stefon got a big send-off with a wedding attended by many of the nightlife characters mentioned in his segments. There were human parking cones, hobocops (homeless Robocops), Alf in a trenchcoat, and even Gizblow (the coked-up Gremlin). As pointed out by Splitsider there was also the "evil celebrity chef Wario Batali." (It's a riff on the Super Mario's evil doppleganger Wario.) As described by Stefon in a May 19th, 2012 episode, "he's just like his brother except he doesn't wear Crocs." Also he has only eight fingers? Here's another photo: 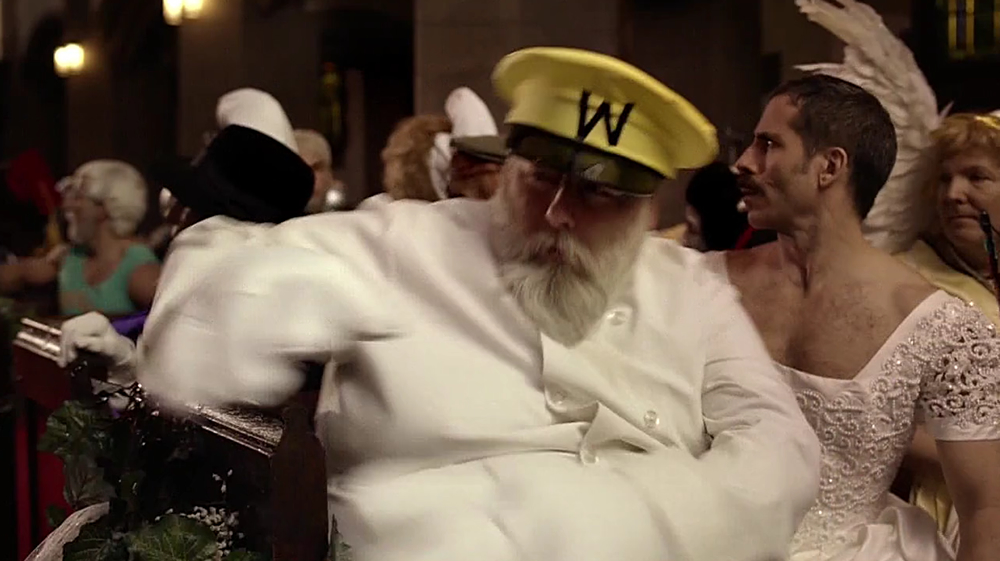