Share All sharing options for: Behold the Fake Big Kahuna Burger in Austin

Heads up, Quentin Tarantino fans: Right now in Austin, TX a local barbecue restaurant has been transformed into a Big Kahuna Burger, the fictional fast food chain made famous by Pulp Fiction. Filmmaker Robert Rodriguez tweeted the above photo, suggesting that the Big Kahuna Burger would play a part in his upcoming television series From Dusk Till Dawn on his new TV channel El Rey. (The show will be based on Rodriguez and Tarantino's movie of the same title.) Texas Monthly reports that the Stallion Grill's transformation occurred earlier this week and confirms that filming took place there. Below, photographer and Eater tipster Patrick Michels sends along photos of the temporary Big Kahuna Burger. Have a look: 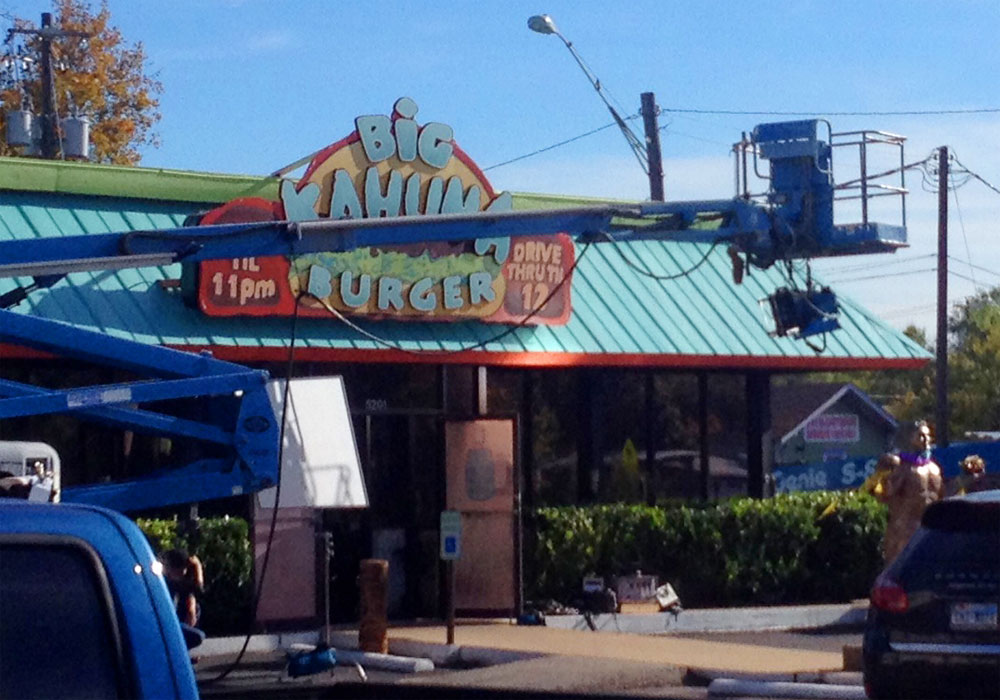 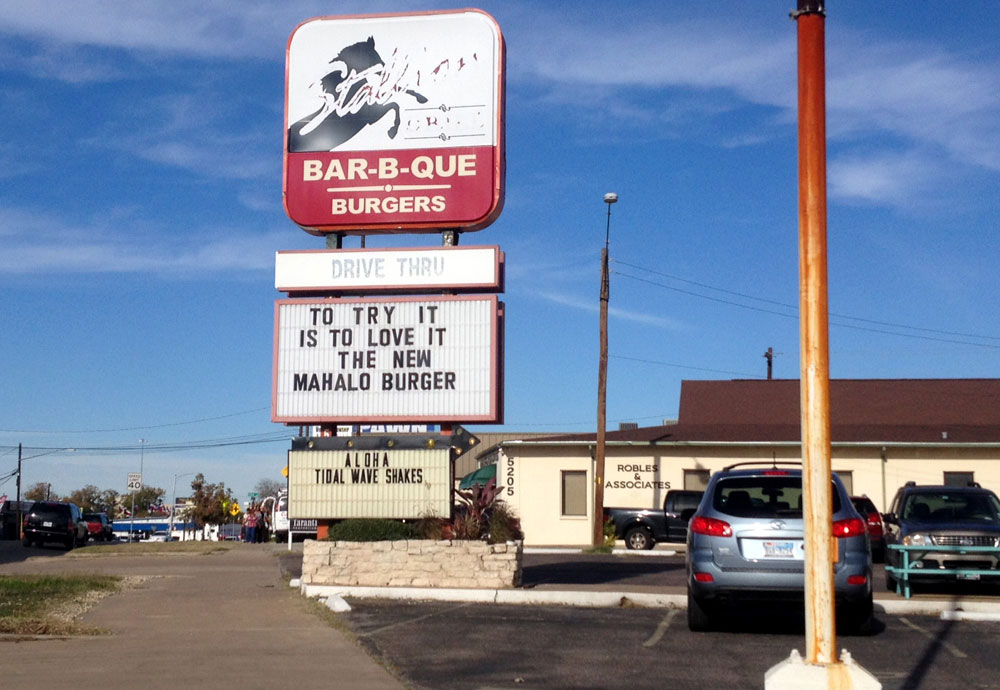 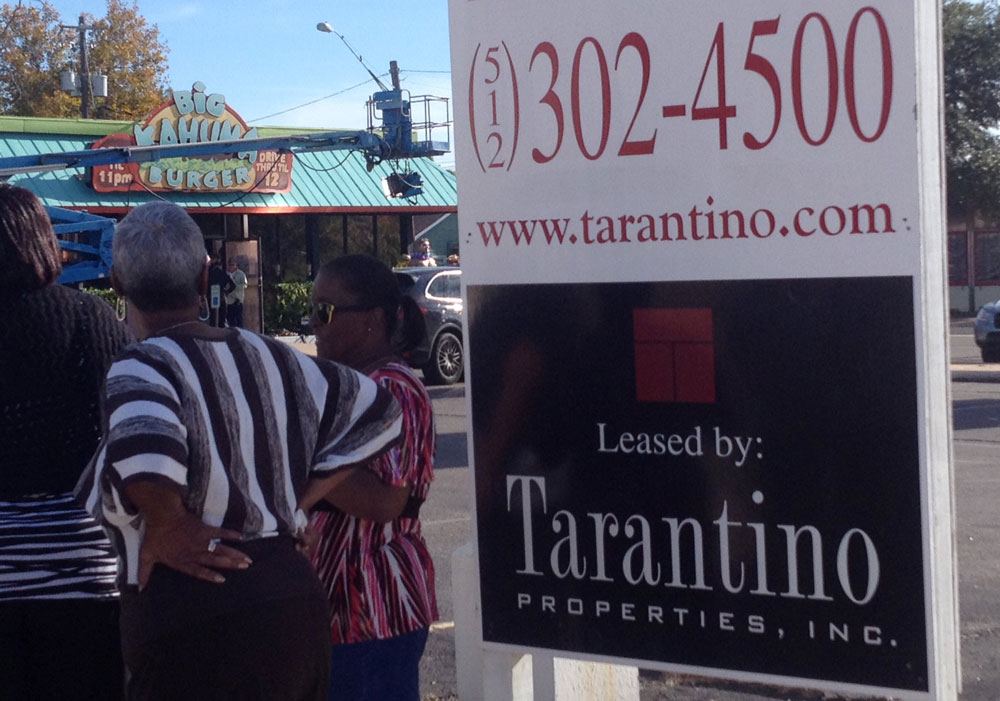 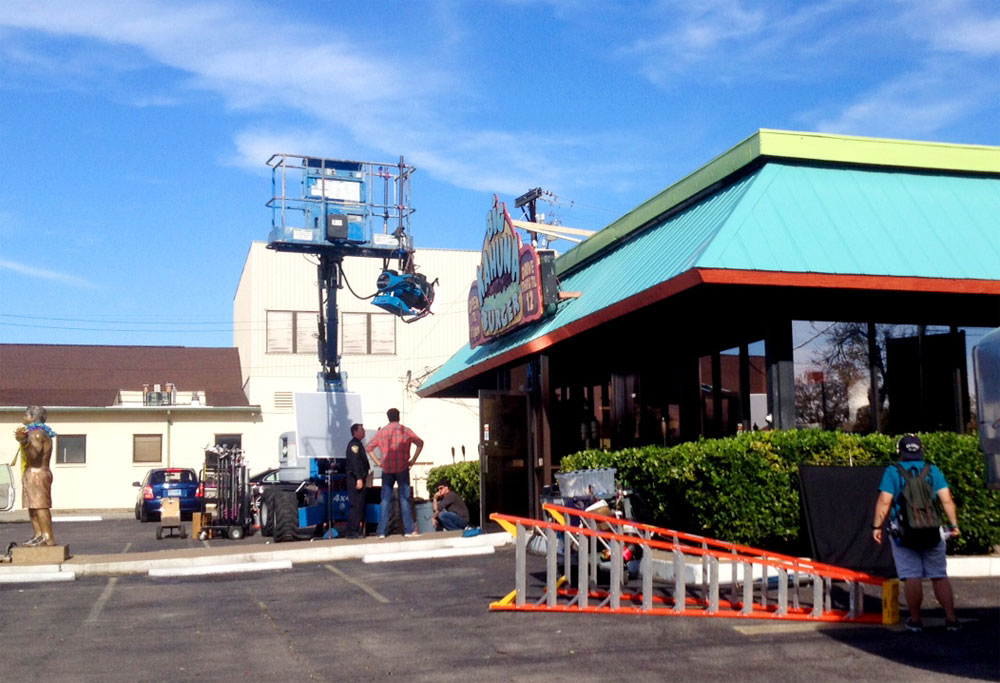