The 19 Most Notable Restaurant Closings of 2013

Share All sharing options for: The 19 Most Notable Restaurant Closings of 2013

Nothing lasts forever in the restaurant business: every year, a new crop of restaurants becomes lost to history, leaving only a trace of archived Yelp reviews and Foursquared photos. And the industry does not discriminate: In 2013, multiple Michelin-winners suffered shutters and some of the industry's biggest celebrity chefs (Graham Elliot, Gordon Ramsay, Bobby Flay) nursed shattered dreams as they saw beloved concepts close. Some of this year's shutters were noted shitshows whose closures surprised no one (Flavor Flav's fried chicken concept; Dans Le Noir), others were beloved neighborhood spots (like a Parisian bakery in business for 202 years). All are eulogized in this look back:

The first shutter of 2013 may also be the year's most historic: Paris' Boulangerie Pâtisserie du Grand Richelieu, the oldest bakery in the city,

Eighteen-year-old San Francisco restaurant Betelnut decided to reconcept itself as a small plates restaurant called Hutong back in February. The menu focused on Chinese, Malaysian, and Vietnamese street food, and the entire space was redecorated. But Hutong was not long for this world: literally the day after Chronicle critic Michael Bauer deemed the rebirth a "like a Disney theme park," the restaurant announced it was reverting to the Betelnut format. 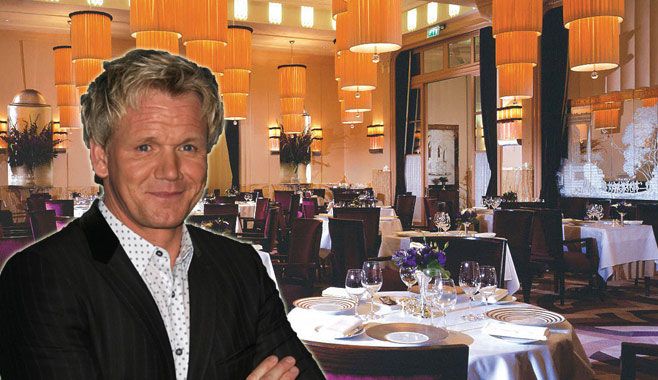 After a 12-year run, shouty chef Gordon Ramsay checked out of London's iconic Claridge's Hotel due to "a series of delays in renewing his deal." Gordon Ramsay at Claridge's was considered a major coup by the relatively unknown Ramsay back in 2001, and under the guidance of longtime sous chef Mark Sergeant, the restaurant earned a Michelin star. Recent years, though, saw its quality slip, and Claridge's lost its star in 2010. At the time of its shutter, the restaurant celebrated by releasing a series of statistics chronicling its run. Fun facts: the most popular main course over the dozen years was the restaurant's signature beef Wellington (with more than 300,000 served), the biggest single bill was £48,000. 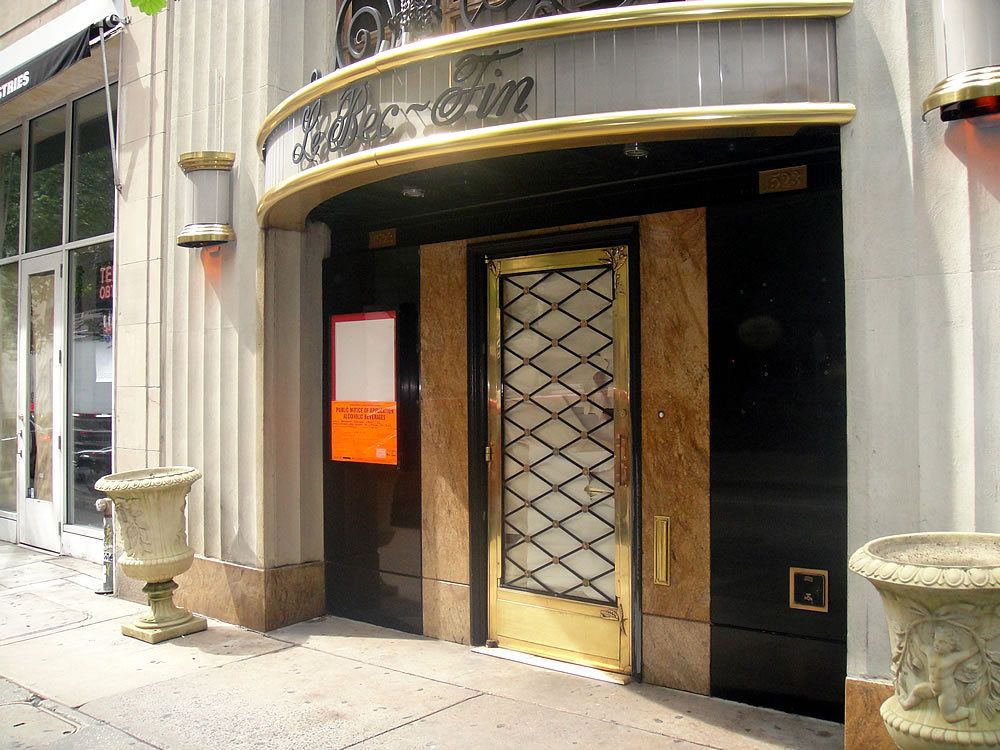 Iconic Philadelphia restaurant Le Bec Fin called it quits this summer after a 43-year run as one of the city's fine-dining stalwarts. Its present-day iteration was already a departure from the French spot's glory days: Original founder Georges Perrier stepped down in winter 2012, and the restaurant re-opened a few months later under the guidance of "a private equity group of investors" and Walter Abrams, a French Laundry alum, in the kitchen. The revamp had a shaky reception, however, and after much rumormongering and personnel shuffling, the space is now home to Avance, a "progressive American" restaurant by Michelin-starred chef Justin Bogle. 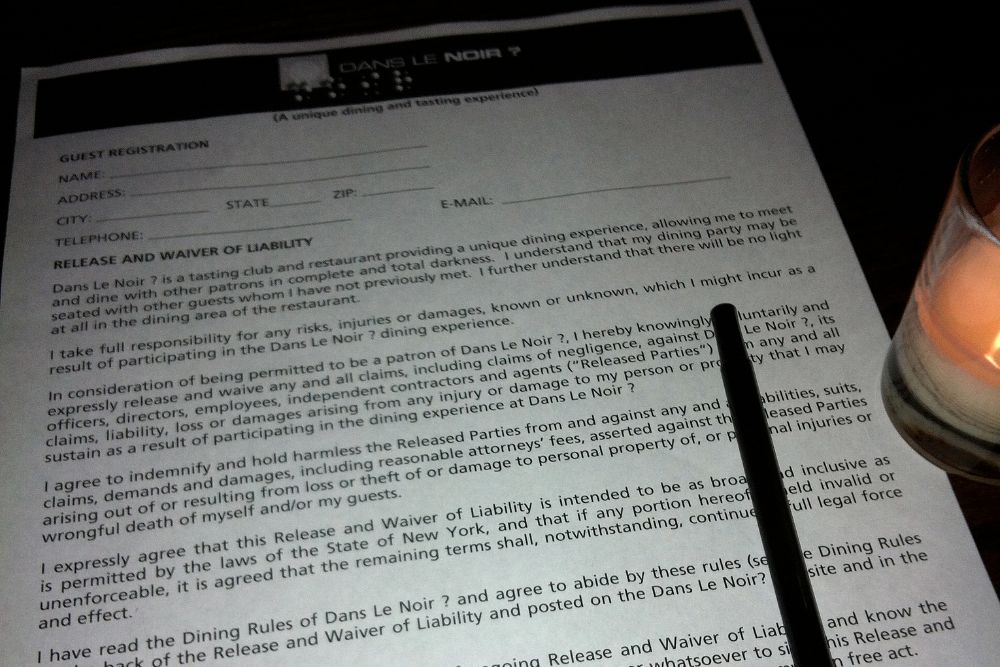 Unabashed shitshow Dans Le Noir — the eat-in-complete-darkness concept which may have given two Eater editors the most terrifying experience of their lives — closed up shop after 15 months terrorizing New Yorkers. In an announcement, the Dans owners reported [sic] "during 15 month more than 10,000 New Yorkers lived this unique experience. But we don't have enough visitors to continue as it is not financially reasonable. You are now welcome to our franchise in Europe (Paris, London, Barcelona, St Petersburg)." The only thing people didn't see coming: that the restaurant would even last that long. 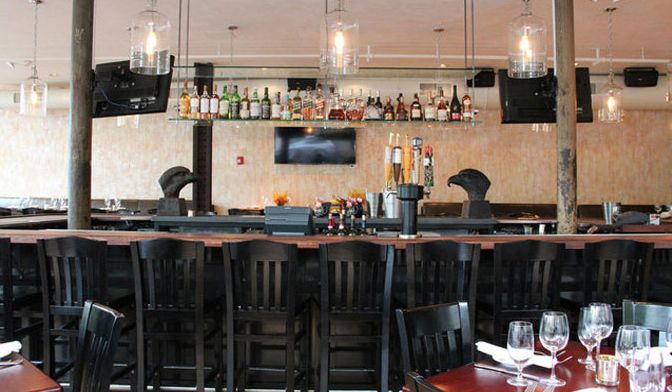 Celebrity chef and Eater NY Shitshow all-star Todd English was forced to close his flagship location of Todd English's Olives after a 12-year run in Charlestown, Massachusetts. A judge ordered a seizure of the Olives space (and everything in it) after English's landlord sued, alleging the restaurant group owes $780,000 in back rent and interest stretching back to 2010. In a statement, English's PR team did not address the suit, but promised Olives would "reopen at a new and shiny location" in the "greater Boston area." No new restaurant has been announced yet, but the restaurant's implosion did lead to a dishy Boston Globe Magazine feature investigating English's "fumbles, mishaps, and personal foibles, of which there are no shortage." 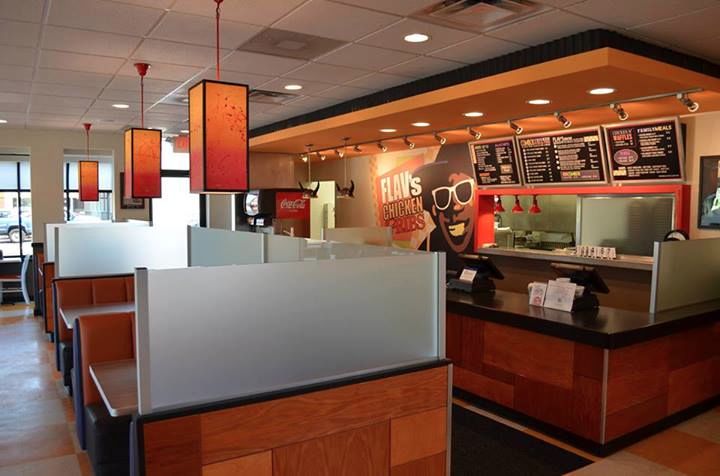 Rapper/giant-clock enthusiast/imaginary restaurateur Flava Flav is persistent: After the blink-and-you-missed it opening and closing of this Las Vegas restaurant House of Flavor in 2012, Flav attempted to rebound with a new concept, Flav's Chicken & Ribs. The Michigan fast-food restaurant debuted in late 2012 and lasted six months before suffering its first almost-shutter in June, nearly getting evicted thanks to an ongoing legal battle with its landlord. By July, the restaurant shuttered for good, with Flav allegedly owing his landlord $20,000 in back rent. Is another Flavor Flav concept coming in 2014? 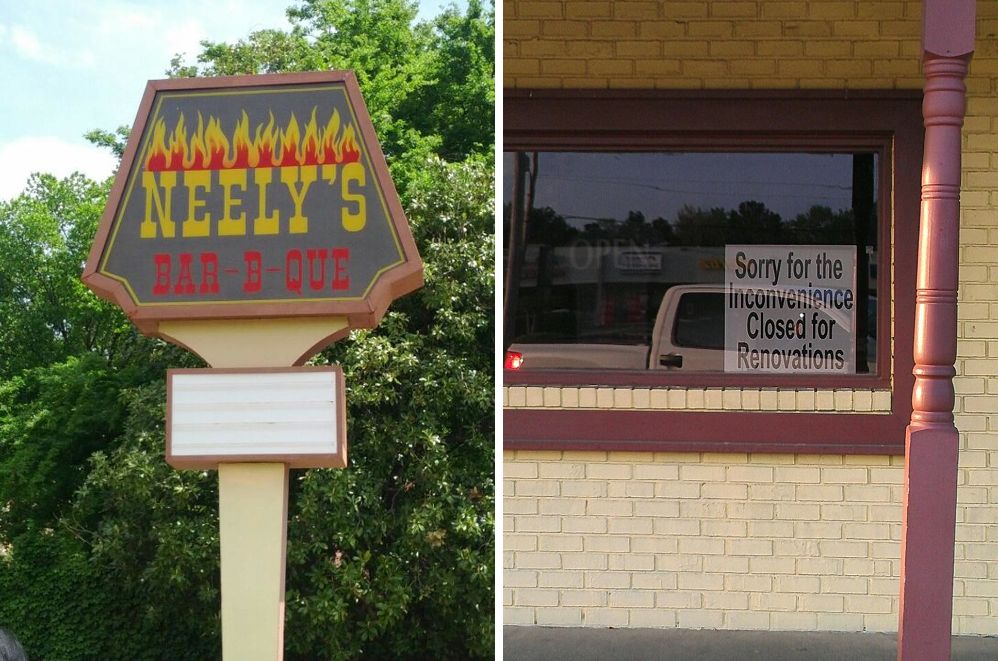 TV Foodnetworkpeople Patrick and Gina Neely (of Down Home with the Neely's) announced this summer that they would close both Memphis outposts of Neely's Bar-B-Que, their family-owned barbecue chainlet that preceded their Food Network fame. Last fall, Gina Neely announced both locations would be closed for "renovations," but by July 2013, the Neelys confirmed neither spot would reopen. The couple's NYC offshoot, Neely's Barbecue Parlor, remains open despite an Eater NY Deathwatch and "aggressively negative" reviews. 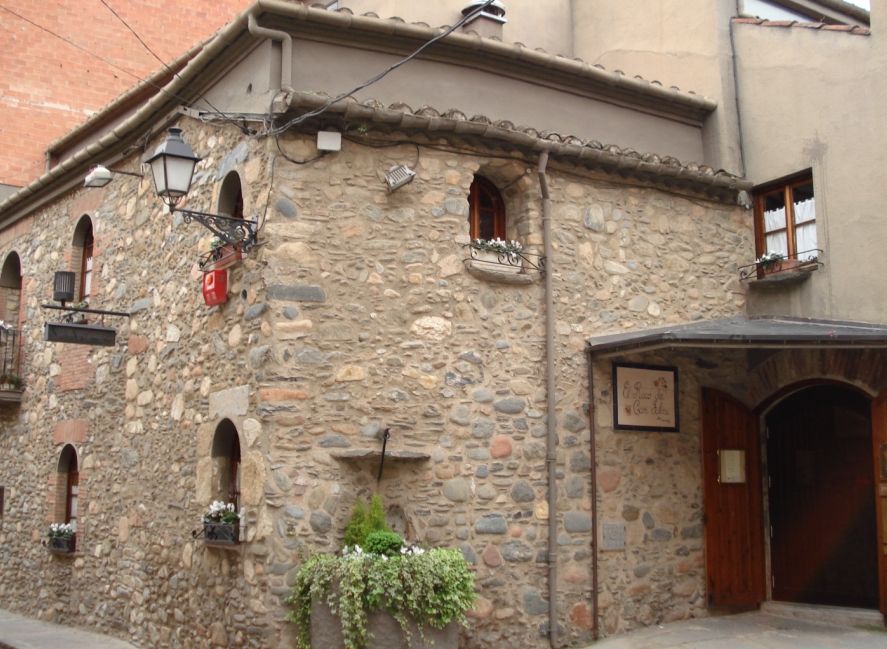 Two years after chef/founder Santi Santamaria passed away unexpectedly at age 53, his daughter Regina Santamaria was forced to close his Michelin-starred Barcelona restaurant El Racó de Can Fabes in August. In a press release, Regina Santamaria announced that despite the restaurant's current two-Michelin star rating, it lacked "the necessary financial viability to maintain a project based on excellence." In 2012, after Santi's death, Regina Santamaria revamped the restaurant and its menu, and with chef Xavier Pellicer in the kitchen. In a eulogy for the restaurant, Spanish newspaper El Pais lamented that "without Santamaría himself there, Can Fabes had lost its soul." 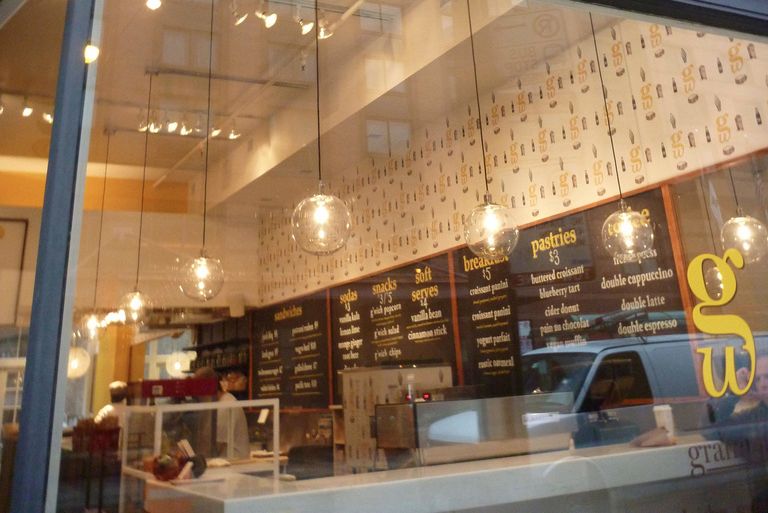 It has not been a good year for celebrity chef Graham Elliot. Despite endless early buzz and onetime expansion plans, Elliot shuttered his Chicago sandwich spot Grahamwich with little fanfare earlier this summer. In its three-year lifespan, Grahamwich earned mixed reviews and experimented with menu revamps; its closure, however, came after a successful weekend selling lobster corn dogs at Lollapalooza 2013. 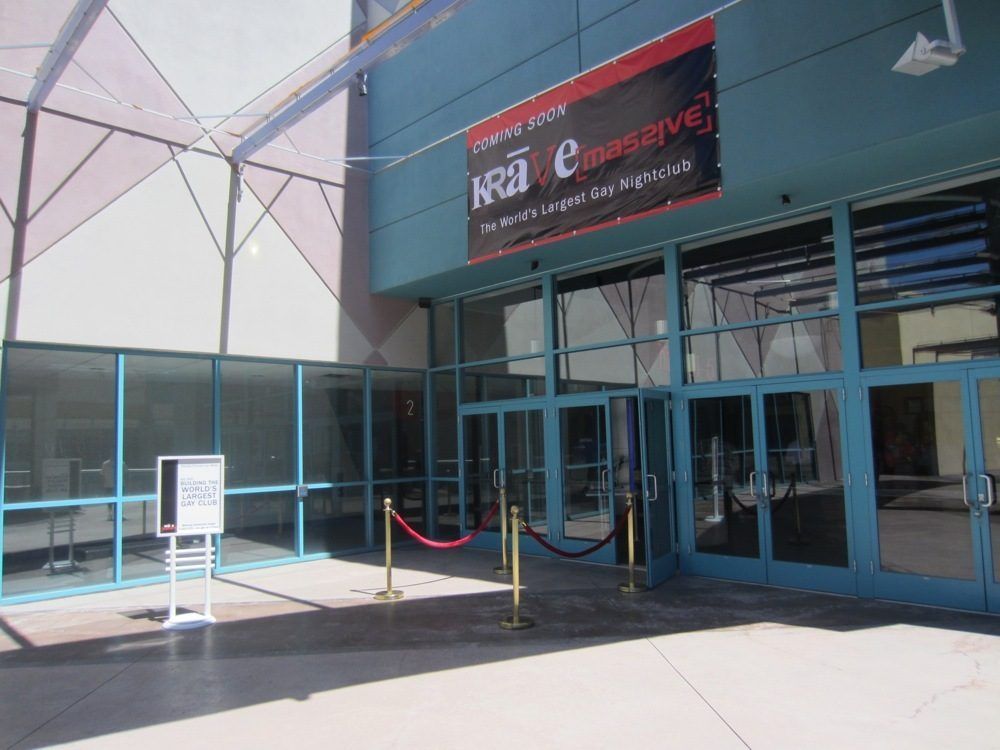 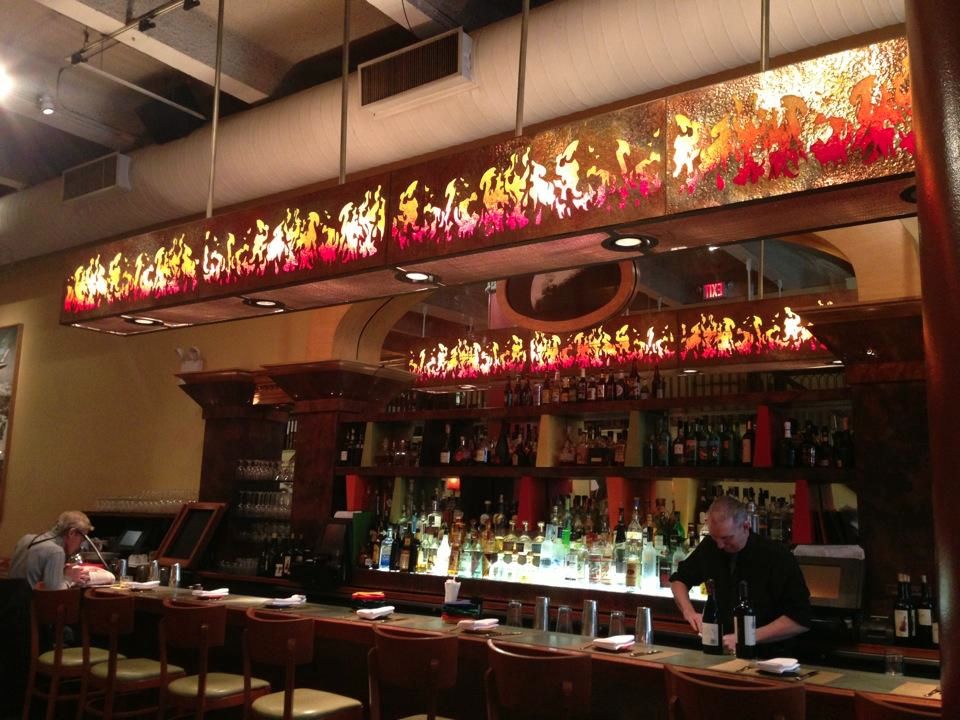 Celebrity/Iron chef Bobby Flay bid farewell to his 22-year-old flagship NYC restaurant, Mesa Grill, after ongoing lease negotiations failed. Flay promised a return was "imminent" elsewhere in New York: The lease expiration has been a long time coming, and Flay told Eater in June 2012 that Mesa was planning a move. "We have our eyes open about moving Mesa Grill. It's not going away, that's for sure." This one may not be dead yet; stay tuned. 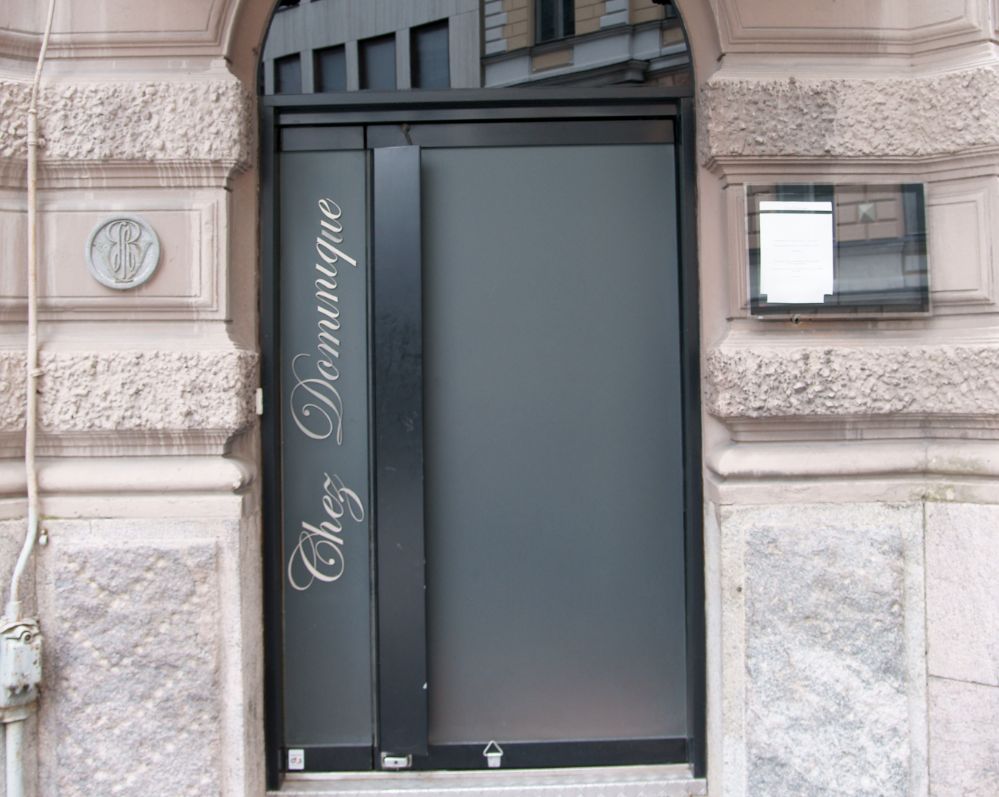 The only two-Michelin-starred restaurant in Finland, Helsinki's Chez Dominique, closed in October after a 15-year run. Chef/owner Hans Välimäki announced the shutter in August — after a lengthly summer break — and closed out the restaurant's run from September 4 through October 10. In 2001, Välimäki earned one Michelin star for his tasting menus, and was bumped up to two stars in 2003, a distinction he held until the restaurant's closure. 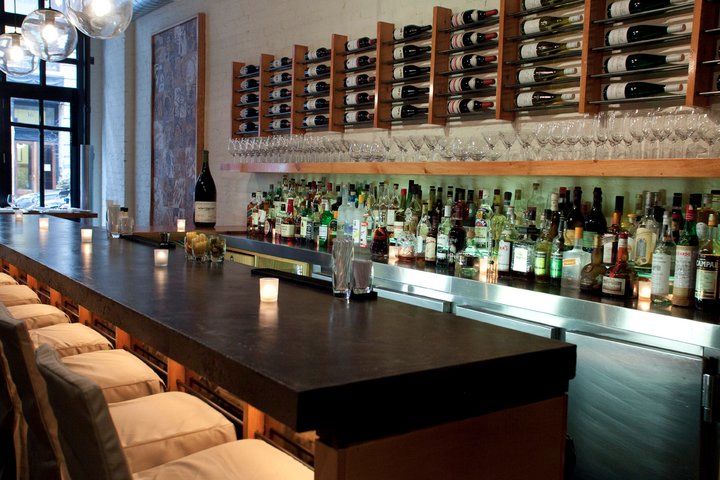 Longtime Flatiron District restaurant Veritas closed up shop in October after a 14-year run. Its newest incarnation, with chef Sam Hazen running the kitchen, had been in place since 2010 and earned a three-star rating from notoriously fickle NYT critic Sam Sifton; according to Hazan, the closure occurred due to ongoing "issues with the landlord." 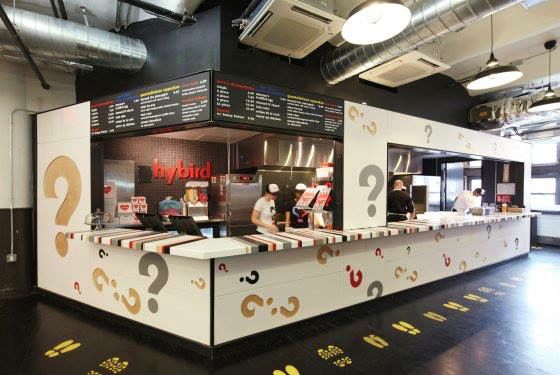 Flavor Flav, oddly, wasn't the only musician to flop with a fried chicken concept this year: In May, Roots drummer Questlove teamed with restaurateur Stephen Starr to open a fried chicken stand inside NYC's touristy Chelsea Market. Hybird lasted less than six months, and its shutter would've been considered a "quiet" one had Questlove himself not taken to Facebook with a long, stream-of-consciousness rant about its closure. The closest thing to an explanation can be found in this line: "if anything its from the heart (my real one) and it's not satisfying that heart it's not satisfying at all. and so bye bye birdie. chicken, scratched." 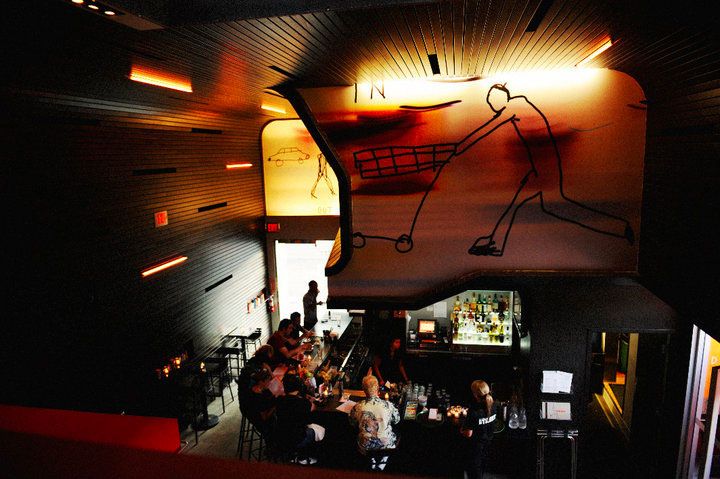 Chef Susan Feniger's four-year-old Hollywood spot STREET pulled a switcheroo earlier this fall, quietly closing to make way for a new Feniger project, a pub dubbed Mud Hen Tavern. The onetime buzzy restaurant earned mixed reviews in its lifetime, and in an interview with LA Weekly, Feniger blamed the location for the closure: "If we had opened in Silver Lake or on Rose Avenue in Venice, maybe it would have been different. Also, it maybe could have been more relaxed, I maybe wanted it to feel a little dumpier. It was too much of a commitment — it felt like you should go there for a special occasion." Its replacement, Mud Hen Tavern, debuted earlier this month. 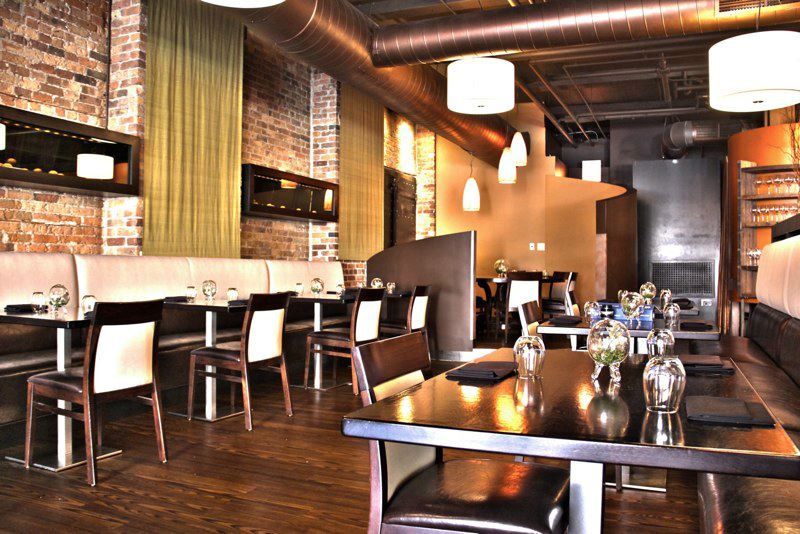 Just a few weeks after the Grahamwich shutter was announced, Elliot announced the imminent closure of his two Michelin-starred flagship eponymous restaurant, Graham Elliot, after a five-year run. The restaurant's final service will be on New Year's Eve, and Elliot told Chicago magazine that the restaurant would reopen in a different Chicago location, albeit with a revamped concept serving "creative, higher-end" food. He also makes a promise that suggests a softer, cuddlier version of Graham Elliot, the human: "Every day I will be cooking in the kitchen and making amends to everyone in Chicago, including Chicago magazine critics and food bloggers who I told to fuck off." 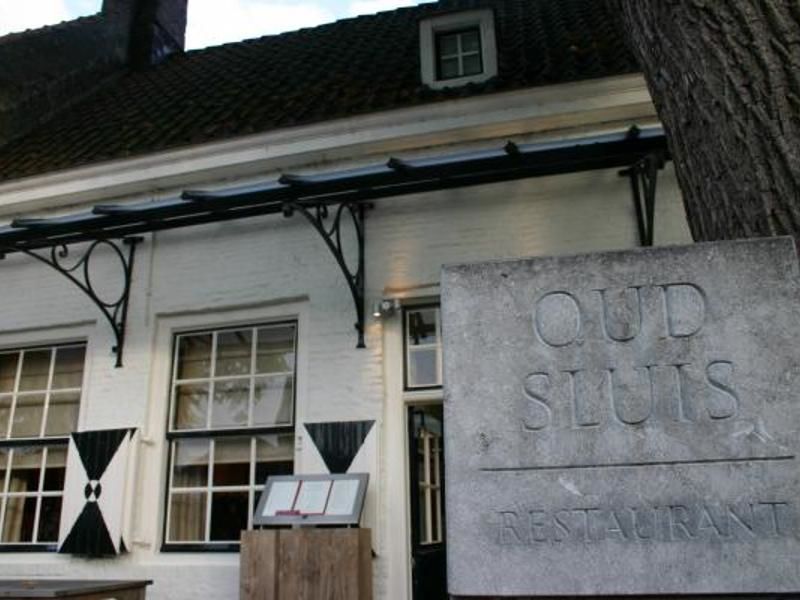 The Netherlands' three-Michelin-stared Oud Sluis — which was also #35 on the World's Best Restaurants list in 2013 — closed up shop in December after a 23-year run. Chef Sergio Herman announced the closure on his website, writing, "I've literally and figuratively reached my peak at Oud Sluis" and "everything I ever wanted to achieve with Oud Sluis has been achieved. So now it's time to end this chapter of my life." Herman will focus on his other restaurant projects, Pure C and La Chapelle. 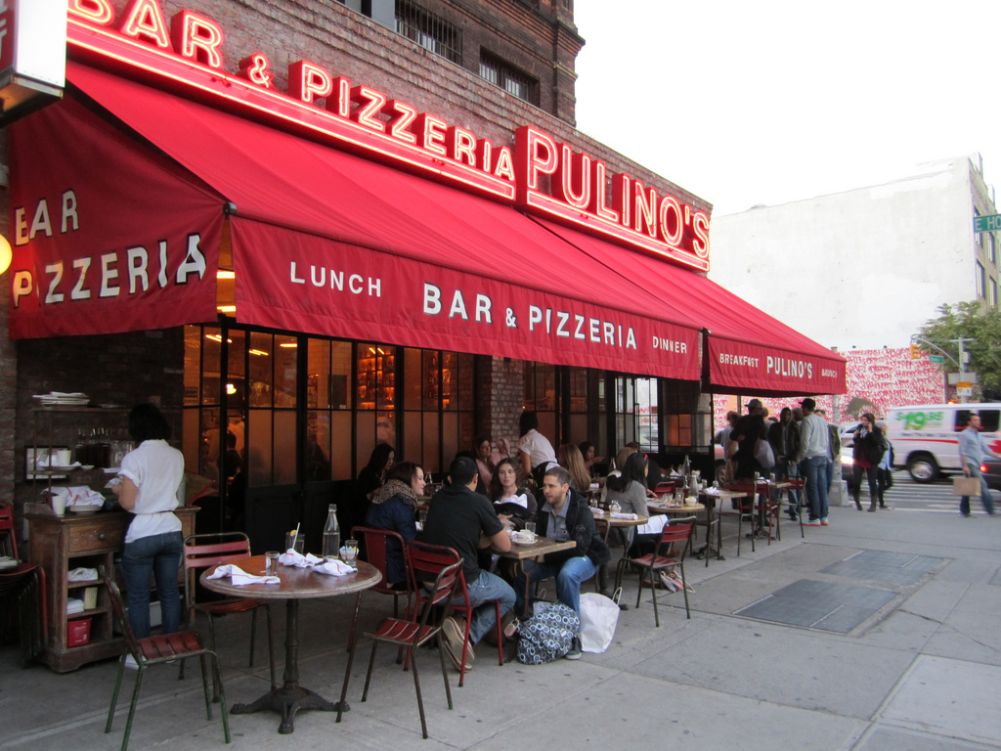 The newest NYC restaurant in Keith McNally's lauded portfolio, Pulino's, will shutter in January 2014 after a shaky but nearly four-year run. The Italian concept debuted in March 2010 with chef Nate Appleman in the kitchen, but he departed six months later in what was described as a "mutual split." (During the Appleman tenure, an unfavorable review by NYMag's Adam Platt led to a very public spat in which McNally called the critic bald and overweight, among other things.) According to Eater NY, replacement chef Tony Liu turned out "really great" rustic dishes, but McNally decided to pull the plug in October, announcing plans to open a new French concept, Cherche Midi, in the space.