2013: The Year in Restaurant Industry Scandals

Share All sharing options for: 2013: The Year in Restaurant Industry Scandals

Congratulations are in order to Paula Deen: For the second consecutive year, the now-ex-Food Networkperson lays claim to the largest restaurant industry scandal of the year, with her admitted use of the "N-word" (and the resulting implosion of her empire) basically hijacking the news cycle this summer. But the restaurant world in 2013 had plenty of other scandalous scandals, as well. Arizona "restaurateurs" Amy and Samy Bouzaglo achieved infamy after their episode of Kitchen Nightmares aired. Righteous tippers left servers anti-gay messages or otherwise justified their refusal to leave even 15 percent. And Canadians got in on the scandalous action, too, when Cronut knockoffs poisoned a bunch of people, and debate flared over the use of seal meat. Check out the most scandalous scandals of 2013 below. 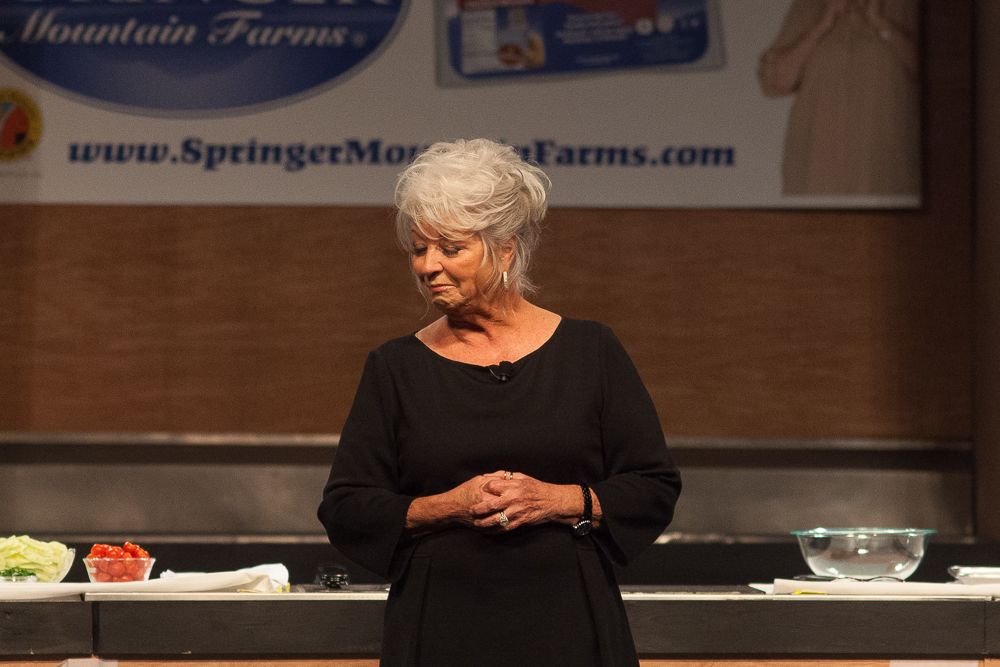 In 2012, the uproar surrounding Paula Deen focused on her (comparatively) more innocuous diabetes diagnosis and pharma deal. But the food TV host took scandalous to new heights this year with the emergence of leaked racist testimony: In a deposition, Deen admitted "of course" she used the N-word in the past and once thought about planning a "plantation-style" wedding with all-black waitstaff. A bizarre botched apology only helped fuel the sustained, epic fallout. Over the course of a few weeks in June, Deen's empire effectively crumbled as she lost deals with the Food Network, her cookbook publisher, and eight of her lucrative sponsorship deals. At least late-night comedians kept things light? 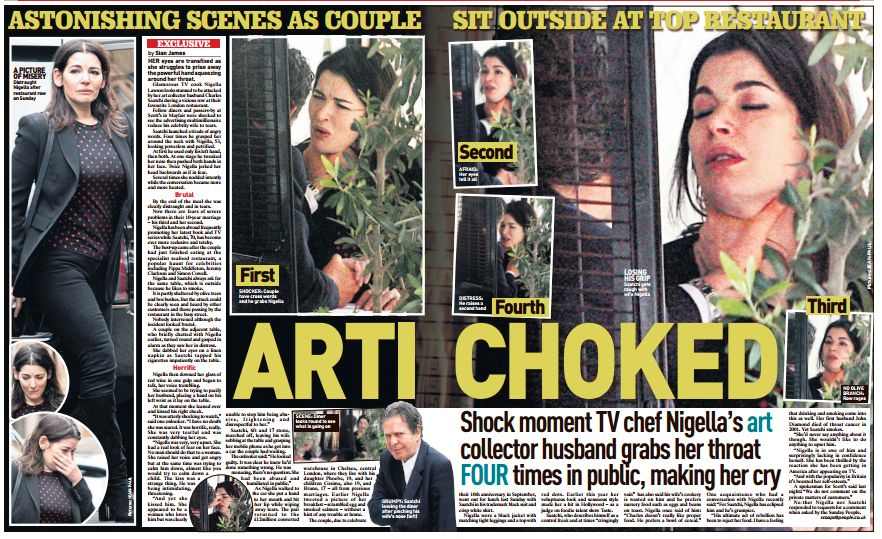 Television chef Nigella Lawson found herself in the midst of a very public, very nasty divorce that played out in UK tabloids. In July, Sunday People published some seriously horrifying photos of Lawson being choked by now-ex-husband Charles Saatchi, who not only owned up to the assault but proceeded to reveal his charming nature by announcing his divorce filing in a newspaper. 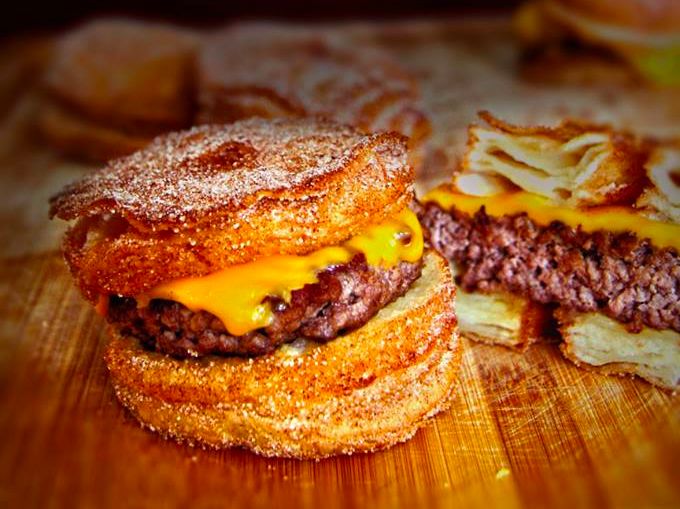 More than 220 visitors of the Canadian National Exhibition in Toronto were sickened by a hamburger served upon an imposter cronut. Toronto's public health department immediately shut down the stand responsible — Epic Burgers & Waffles — as reports of foodborne illness rolled in and folks took to social media to report things like "I puked seven times last night." Later, the culprit was revealed to be neither the burger meat nor the fauxnut but a maple bacon jam that topped the burger. 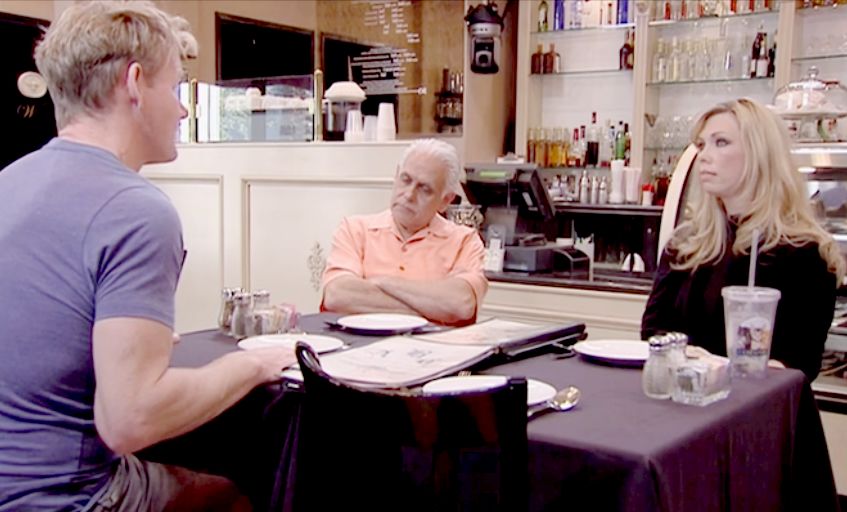 In a Kitchen Nightmares episode that will live in infamy, Gordon Ramsay essentially walked out of Amy and Samy Bouzaglo's Arizona restaurant Amy's Baking Company after the owners proved too delusional to help. And the fun was just getting started. In the ensuing months, the Bouzalgos proceeded to (deep breath everybody): freak out on Facebook, claim they were hacked, make several ill-advised media appearances, kick out a food critic, and finally, caused waves for forcing new employees to sign an insane employment contract. Of course, they are now in talks for a reality series. Obviously. 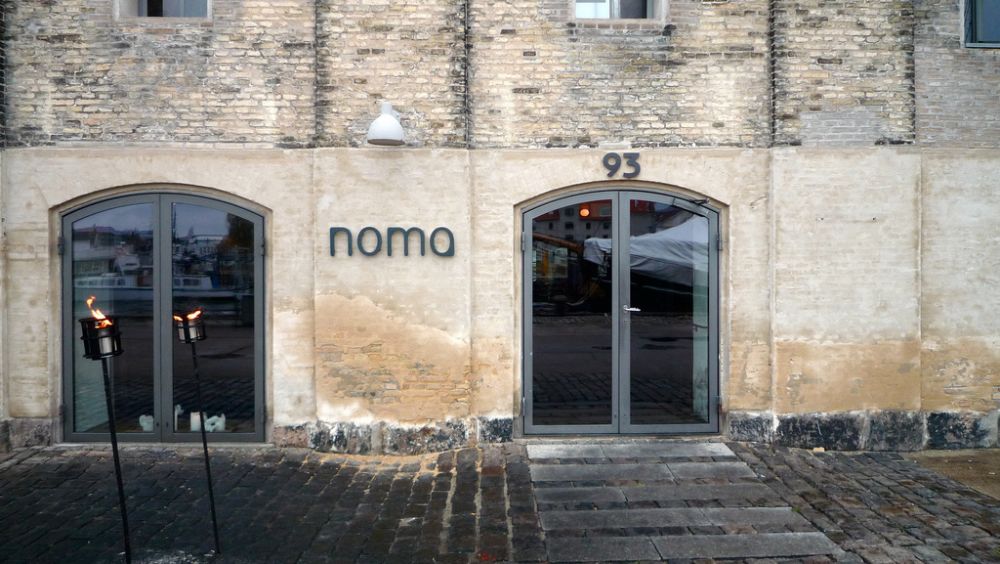 Food poisoning doesn't just happen in Cronut knockoffs: Copenhagen's acclaimed restaurant Noma was responsible for a Norovirus outbreak that sickened 67 diners in March, forcing the restaurant to subsequently apologize for its initial lag in response time. It wasn't the only PR scramble by the world's second-best restaurant. In October, an anonymous former stage leaked the restaurant's "introductory letter" to stagiers, which claimed to place rule-breakers on an "international blacklist." Noma immediately apologized for drafting the letter — which they noted was not a binding contract — but denied the existence of a blacklist. GM Peter Kreiner told Eater: "The perception that this was a carefully conceived and enforced policy is incorrect, and we most certainly do not have a black list." 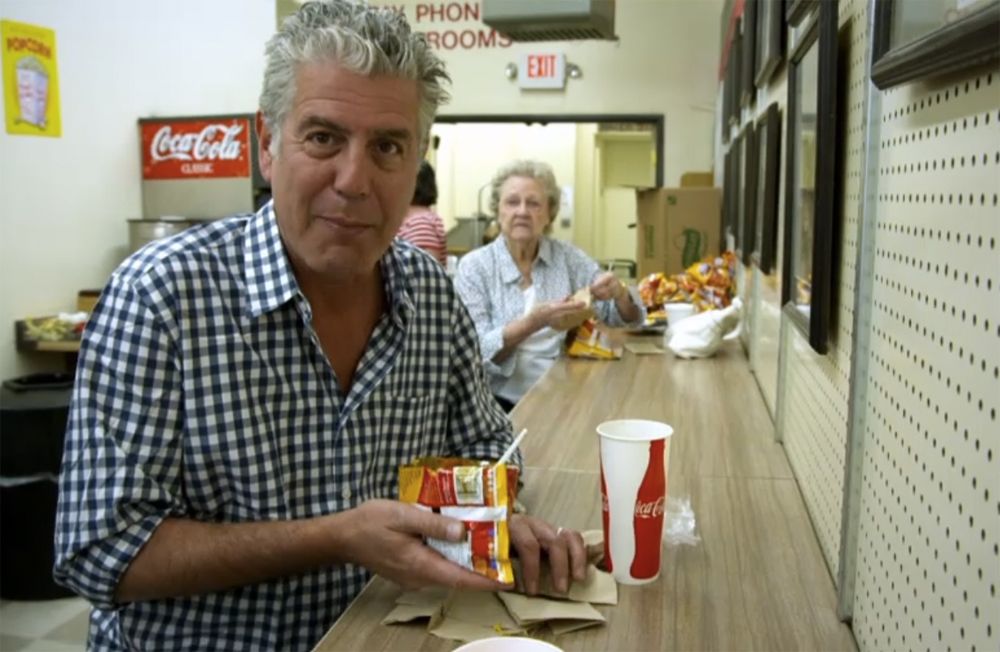 Does a serving of frito pie feel like "you're holding a warm crap in a bag"? Anthony Bourdain said as much during the New Mexico episode of Parts Unknown, causing an emotional backlash from lovers of the local delicacy. Bourdain felt the need to reiterate that his "crap" comment referred to its "disturbing weight in the hand," not its taste, which was "delicious."

You've Got Mail: You're Fired 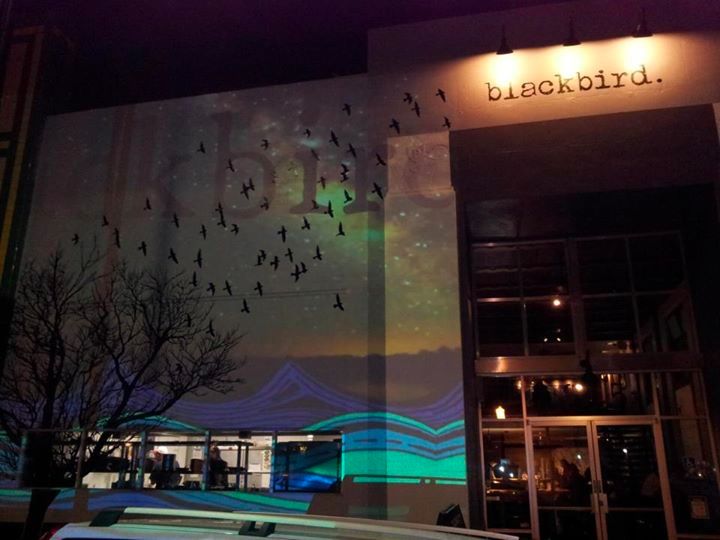 One of Sacramento's buzziest restaurants of 2012, Blackbird Kitchen + Bar, attempted to quietly call it quits early this year, but its method ended up attracting unwanted attention: Owner Carina Lampkin notified staffers they were out of a job via a mass email. A Blackbird partner later told the Sacramento Bee that the decision to email employees "was up to the last minute. People were going to be showing up for work in 12 hours, and how do we make sure they do not show up?" The restaurant (now under new ownership) is looking to reopen sometime in the near future, and is currently hiring for front-of-house positions.

The Year in Scandalous Animal Meat 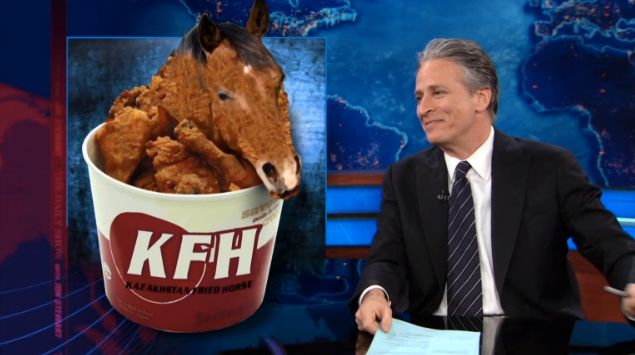 In a year that kicked off with a horsemeat scandal in the United Kingdom and European IKEAs (no worries, none in the US, probably), a surprising amount of weird-meat controversies followed. A restaurant in Germany ceased serving swan meat after a public outrage; same goes for a Florida restaurant that offered lion-meat tacos on its menu. And on the topic of seal meat: a chef in Quebec received death threats for serving a burger made of foie gras and seal meat, all months before the now-ongoing "Chefs for Seals" debate in Canada.

A String of Righteous, Note-Leaving Tippers

In a disappointing yearlong trend, crappy tippers often left their servers receipt notes to justify not leaving a gratuity. A server at an Arizona Applebee's was fired after a receipt from a pastor reading "I give God 10%. Why do you get 18?" went viral, resulting in an Applebee's boycott by some. Later, an anti-gay couple in Kansas refused to tip their server in a note explaining "your homosexual lifestyle is an affront to GOD."

… Inspired One Lying Server to Make It All Up

Presumably inspired by the trend, a New Jersey server submitted a receipt to an LGBT advocacy group claiming she was also stiffed for being gay, and online outrage peaked when media reported the waitress was a Marine who served overseas. The scandal was later revealed to be a complete hoax fabricated by server Dayna Morales, who left the restaurant shortly thereafter. 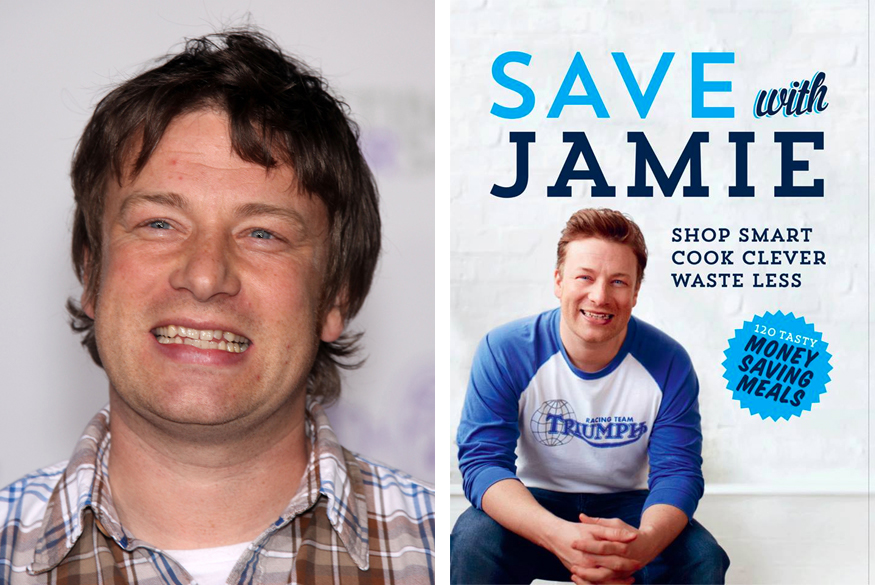 World-saving chef Jamie Oliver can't save the world all by himself: In August, Oliver drew major blowback for an interview about "modern-day poverty." He criticized the food choices of Britain's poorest families, who dared not prepare fresh meals: "[They] choose the most expensive way to hydrate and feed their families. The ready meals, the convenience foods." Critics pointed out Oliver's new "eat well on a budget" cookbook required the purchase of some £360 worth of cooking equipment; Oliver responded to the controversy by pledging to donate a copy of the book to every library in the UK, where the poors could read it for free. 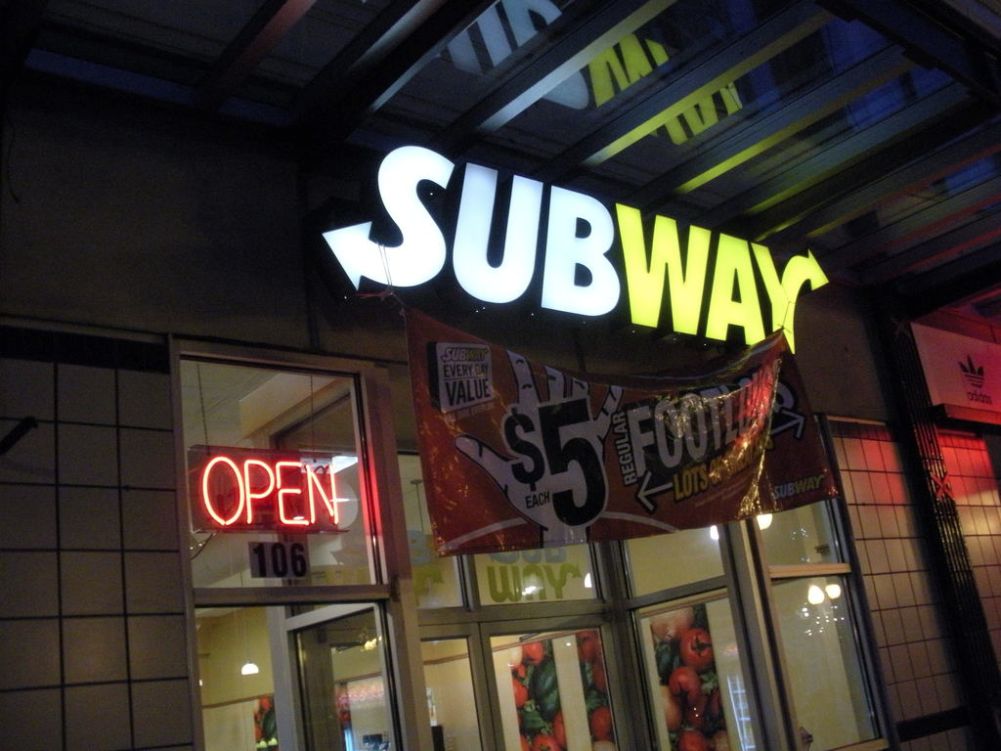 Two intrepid human-rights activists in New Jersey filed a lawsuit against Subway after discovering the chain's signature "footlong" sandwiches only measured 11 inches. The resulting suit prompted Subway to "ensure that every Subway Footlong sandwich is 12 inches," but not before Stephen Colbert was able to land a few jabs at the expense of the "corporate scamwich." 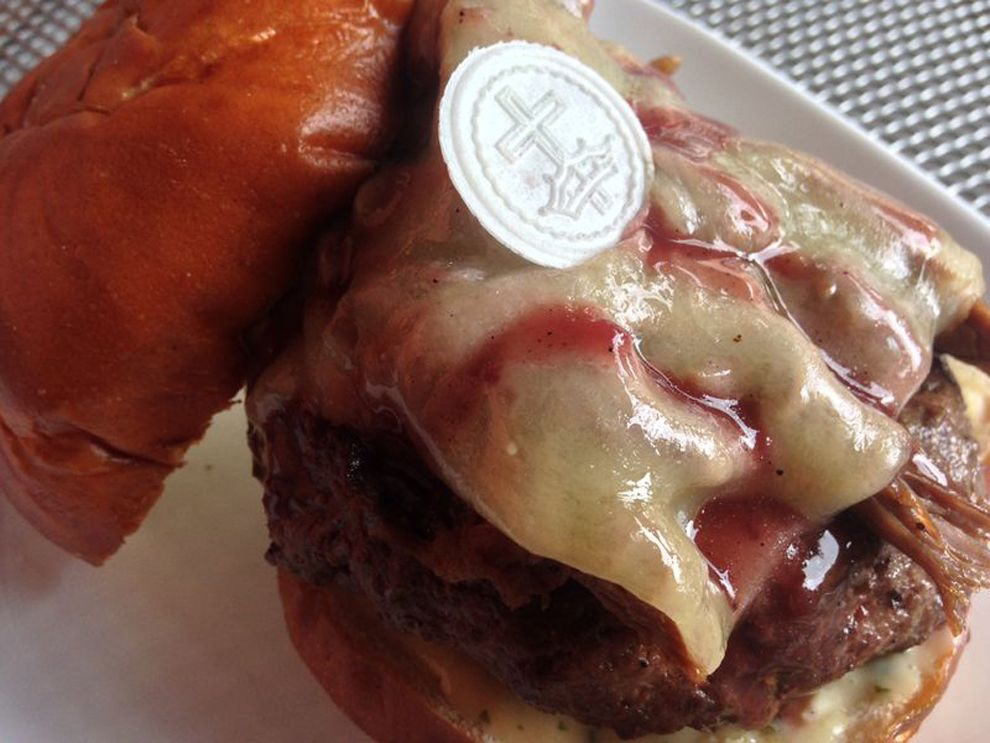 A Chicago restaurant drew serious hellfire for a stunt burger garnished with an (unconsecrated) communion wafer, which many Catholics complained "mocked" their religion. Kuma's Corner, which uses heavy-metal bands as inspiration for its burgers, said the dish was a toast to the Swedish band Ghost B.C.; the restaurant later repented and offered to donate $1,500 to Catholic Charities (which the organization declined). FWIW, a critic reported the burger was "delicious" and the wafer itself "tasted like nothing." 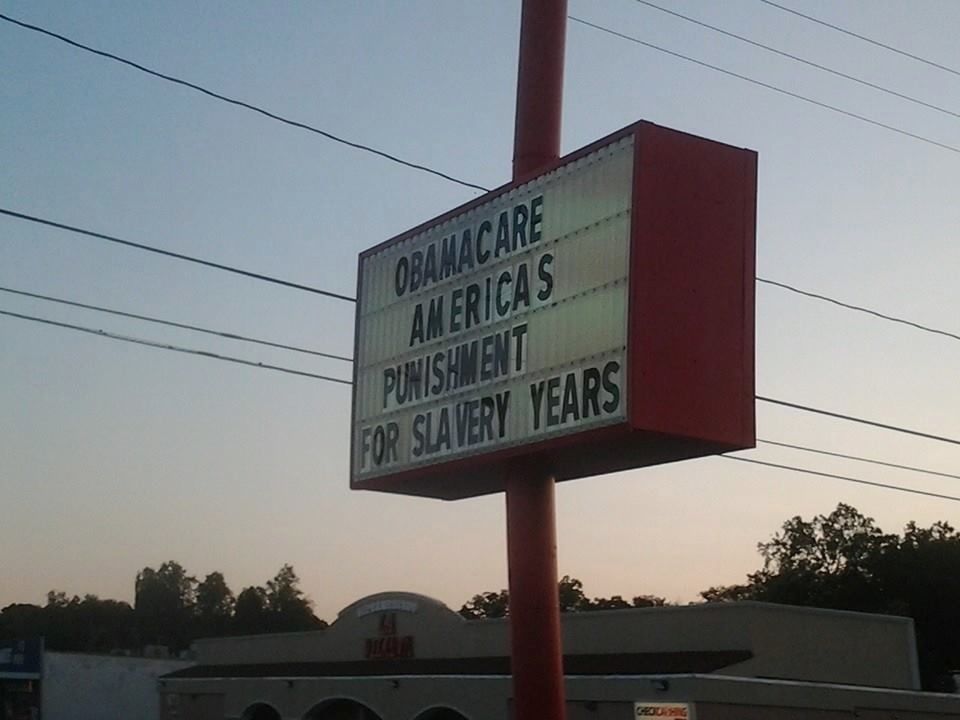 Pro-tip: If you're a restaurant employee, it's probably best not to be racist or photos of you doing gross stuff to food. Racially charged content popped up everywhere from Missouri to Arkansas to, uh, unfortunate butt-dials. Other employees got canned when photos of licking taco shells (Taco Bell) or posting domestic violence jokes went viral. There was also that time when a San Diego pizzeria owner got caught pleasuring himself on his restaurant's live webcam. That restaurant, it should be noted, is still in business.