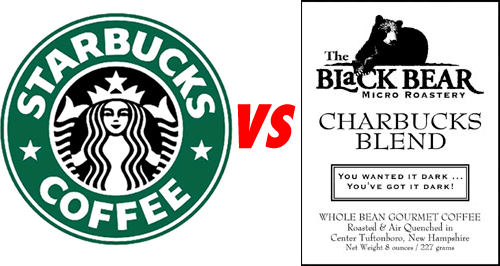 In what sounds like an anecdote for a possible sequel to Malcolm Gladwell's latest book, David and Goliath: Underdogs, Misfits, and the Art of Battling Giants, Starbucks has lost a case in federal appellate court to prevent a small New Hampshire coffee roaster's efforts to market and sell a "Charbucks" blend.

The global coffee chain first lost the case back in 2011 when a U.S. District Court judge in New York ruled that Black Bear Micro Roastery's Charbucks roast did not dilute the multinational's brand.

This latest decision simply confirms the outcome of the original lawsuit. Circuit Judge Raymond Lohier: "Viewed in light of Starbucks' fame, the fact that more survey participants did not think of 'Starbucks' upon hearing 'Charbucks' reinforces the district court's finding that the marks are only minimally similar."