Share All sharing options for: Goddesses of Food Take Manhattan 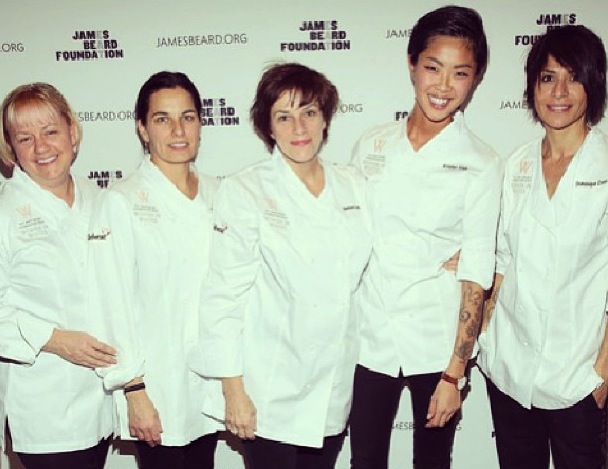 A James Beard Foundation event billed long in advance as 'Women in Whites' took on new significance this past Friday in light of the recent controversial Time 'Gods of Food' cover story.

In a recap for Food Arts, Beverly Stephen pulls some choice quotes about the Time dust-up and subsequent debate about gender roles in the culinary world, most notably from Lynch: "You can succeed no matter what. I'm proof of the pudding. I didn't let anything stop me. It's a dog-eat-dog world, whether you're male or female."