By the Numbers: Women and the Food Events Circuit

Share All sharing options for: By the Numbers: Women and the Food Events Circuit

After Time published its male-centric "Gods of Food" issue last week, many people in the restaurant industry have spoken up about the media's gender bias against female chefs. The perception is that the restaurant industry is still a boys club. When Eater National spoke with editor Howard Chua-Eoan about how and why women chefs were not included in the "Gods" list or in the chef family tree infographic, he explained that he just couldn't identify any female chefs with the same level of "reputation and influence" as the male chefs represented in the issue.

One of the key markers of "reputation and influence" in the culinary community is participation in marquee food events like the buzzed-about Cook It Raw, the blockbuster Food & Wine Classic in Aspen, and lecture-based conferences like the MAD Symposium and the Harvard Science & Cooking series. These events don't just provide chefs with PR opportunities; they are a vital part of creating a professional network with chefs around the world. With that in mind, below is a by the numbers analysis of how women chefs are represented at such events.

Every event below, except for UCLA's 2013 Science and Food series, features significantly more men than women. This is not to say there is necessarily a "correct" ratio of male to female participants at a given event. The numbers below show that for the most part, women are not as much a staple on the food event circuit. Does this data suggest that women are not as easily welcomed into the world of elite food events as men? Take a look and decide: 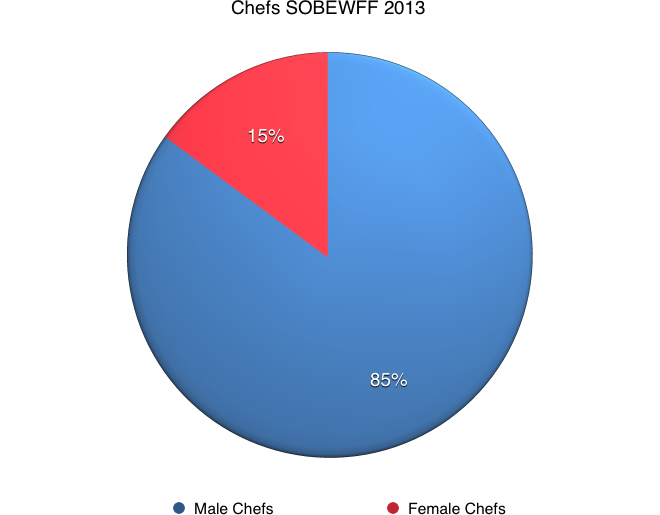 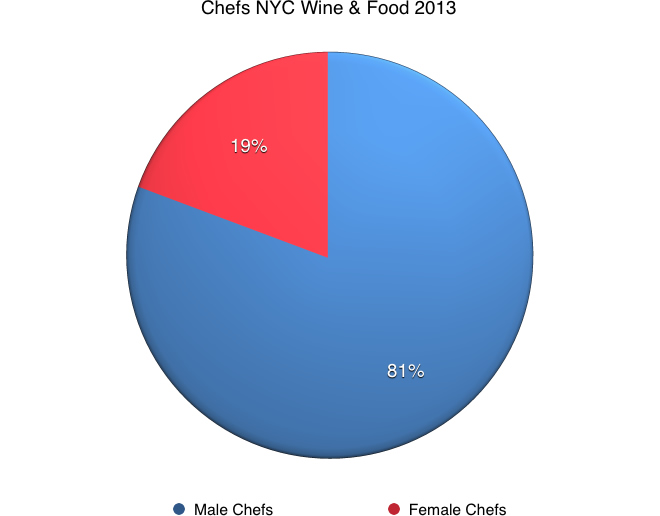 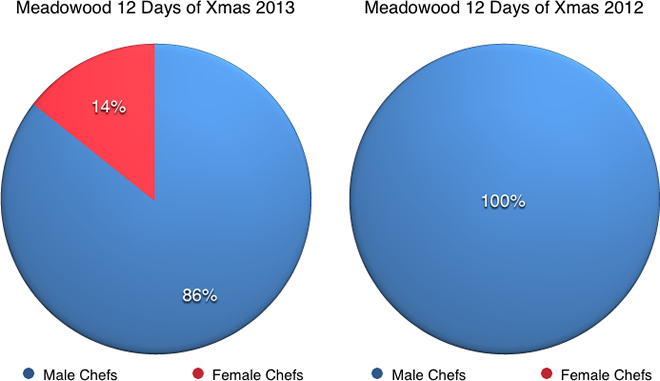 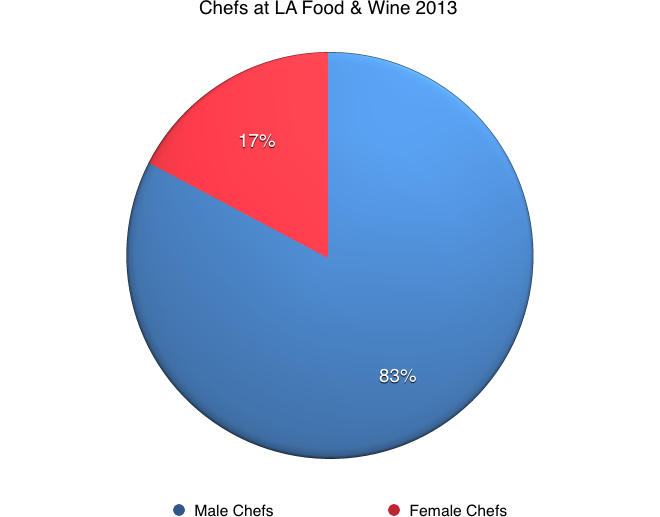 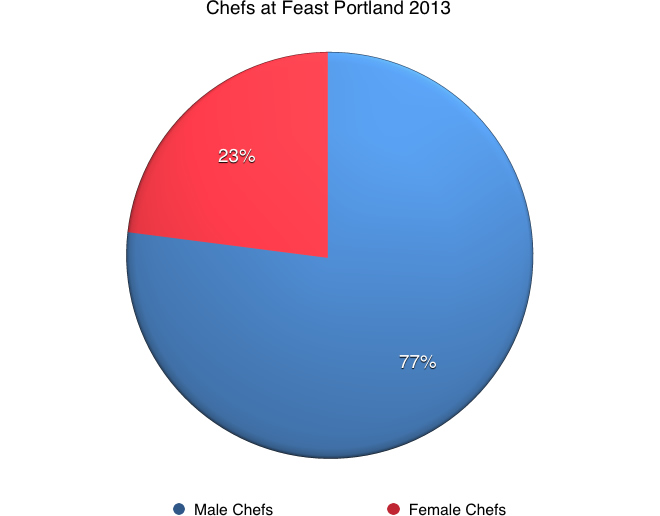 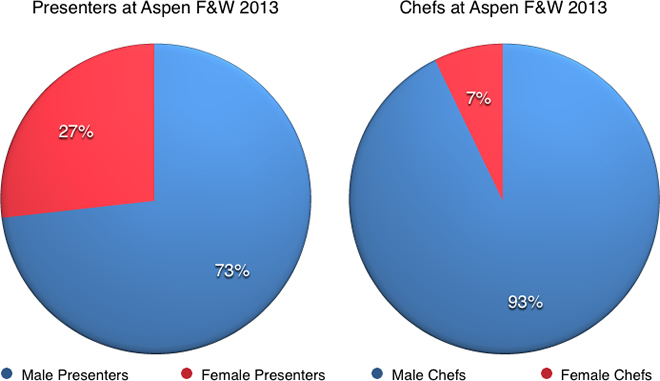 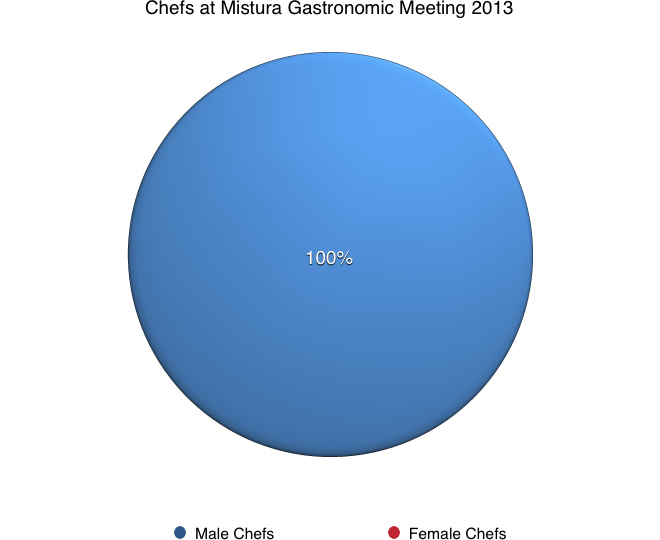 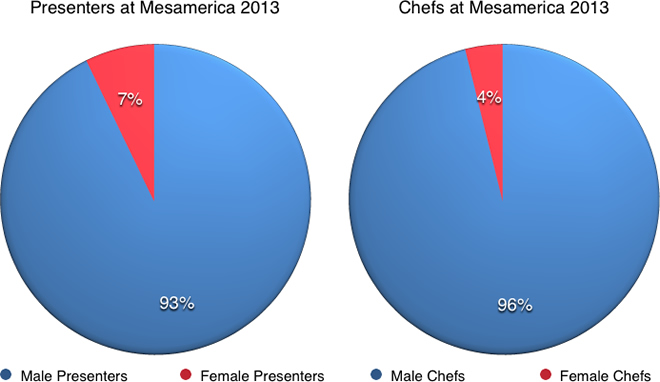 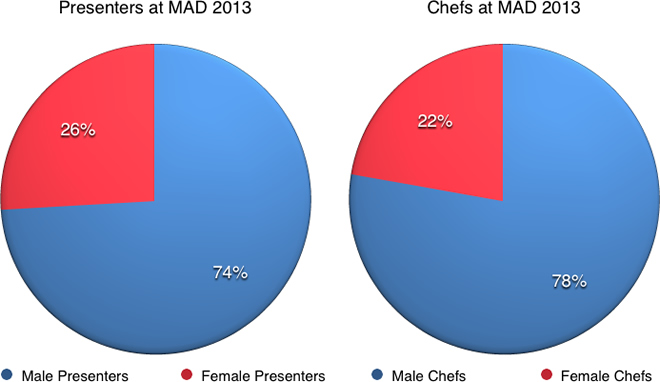 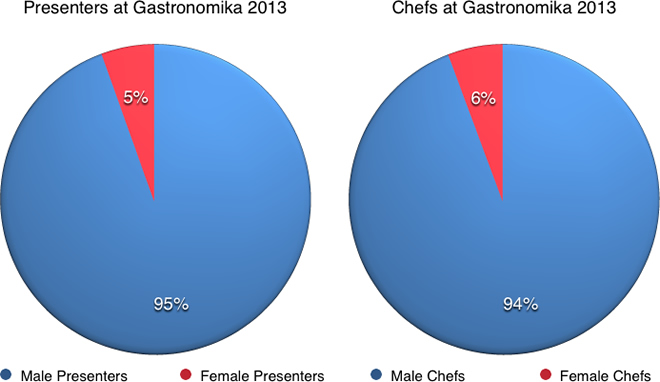 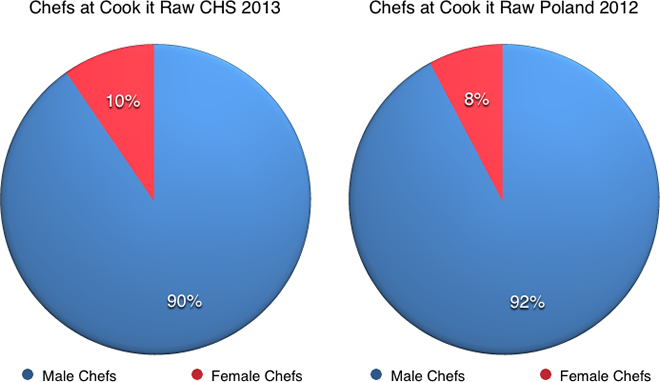 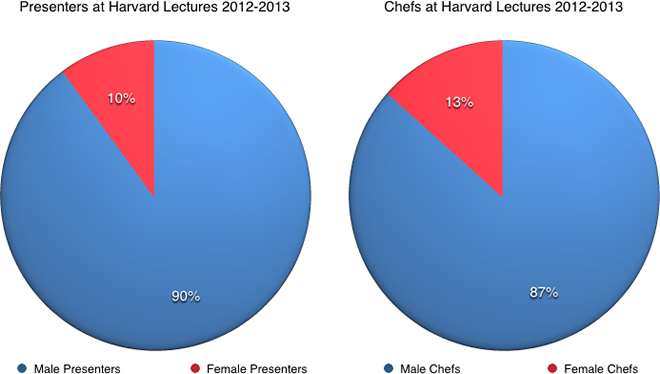 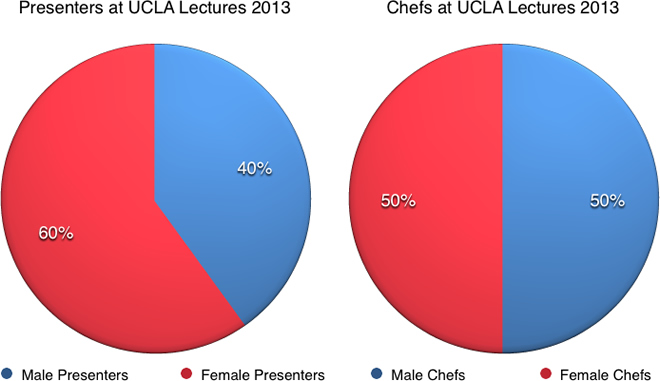 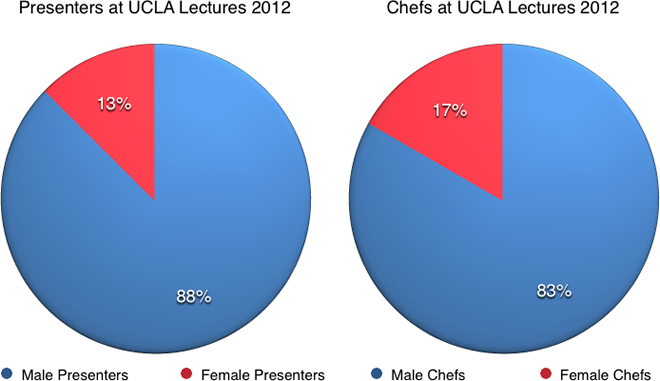