Share All sharing options for: Michelin Editor Wants Everyone to Stop Saying 'Gastropub' 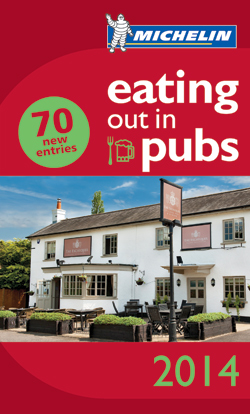 The editor of the newly-released Michelin Eating Out in Pubs Guide 2014, Rebecca Burr, is calling for an end to the term "gastropub." The gastropub — AKA a pub that serves slightly fancier fare than a traditional pub — was a trend in the UK a few years back, and the term was later imported to the US. Burr's point is that good food should be considered standard in pubs: she told the Morning Advertiser, "A pub doesn't need a makeover to serve good food, nor does it need to transform itself into a restaurant." Bold words.

Burr added that "no one has to put up with bad food in a pub anymore, however picturesque that pub might be." While that doesn't seem to be a guarantee that you can get good food in every single pub in Britain, there's one that definitely has the Michelin stamp of approval: the 2014 Pub of the Year, Greyhound on the Test in Stockbridge, Hampshire.

Greyhound on the Test