Join The Conversation With Bon Appétit

Share All sharing options for: Join The Conversation With Bon Appétit 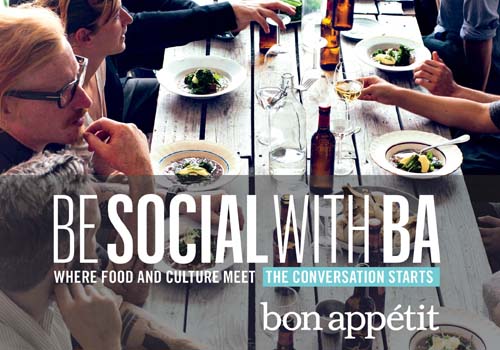 Bon Appétit is growing faster than ever. Recently named 2013 "Magazine of the Year" by Ad Age, Bon Appétit tells you what to cook, where to travel, and where to eat when you get there. With daily updates online and thousands of recipes and how-to's on the tablet, Bon Appétit reaches foodies wherever they are.

Everyone knows the world gets a little smaller around the table—and that's what we cover month after month. Bon Appétit is where food and culture meet, and the conversation starts—join us. >>