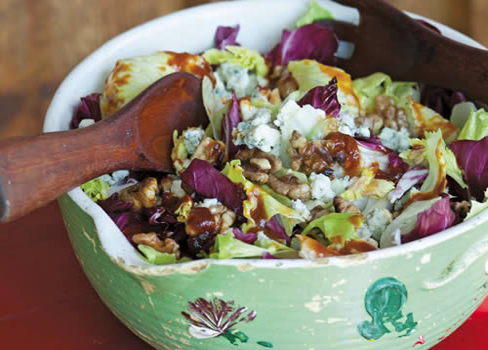 Minnesota-born Amy Theilen celebrates Midwestern cooking in her debut cookbook, The New Midwestern Table, which served as the inspiration for her Food Network show, Heartland Table.

A James Beard journalism award winner, Theilen returned to her Midwestern roots after nearly a decade cooking under some of New York City's biggest chefs—David Bouley, Daniel Boulud and Jean-Georges Vongerichten. The cookbook is a compilation of 200 recipes, with updated regional classics that focus on local foods and ingredients like freshwater fish, real wild rice, persimmons, chokecherries, and juneberries. And for more local flare, the book also includes encounters with home cooks and the region's best suppliers.

Fall in love with the captivating flavors of the American heartland. To learn more and pick up a copy now from Clarkson Potter this way. >>