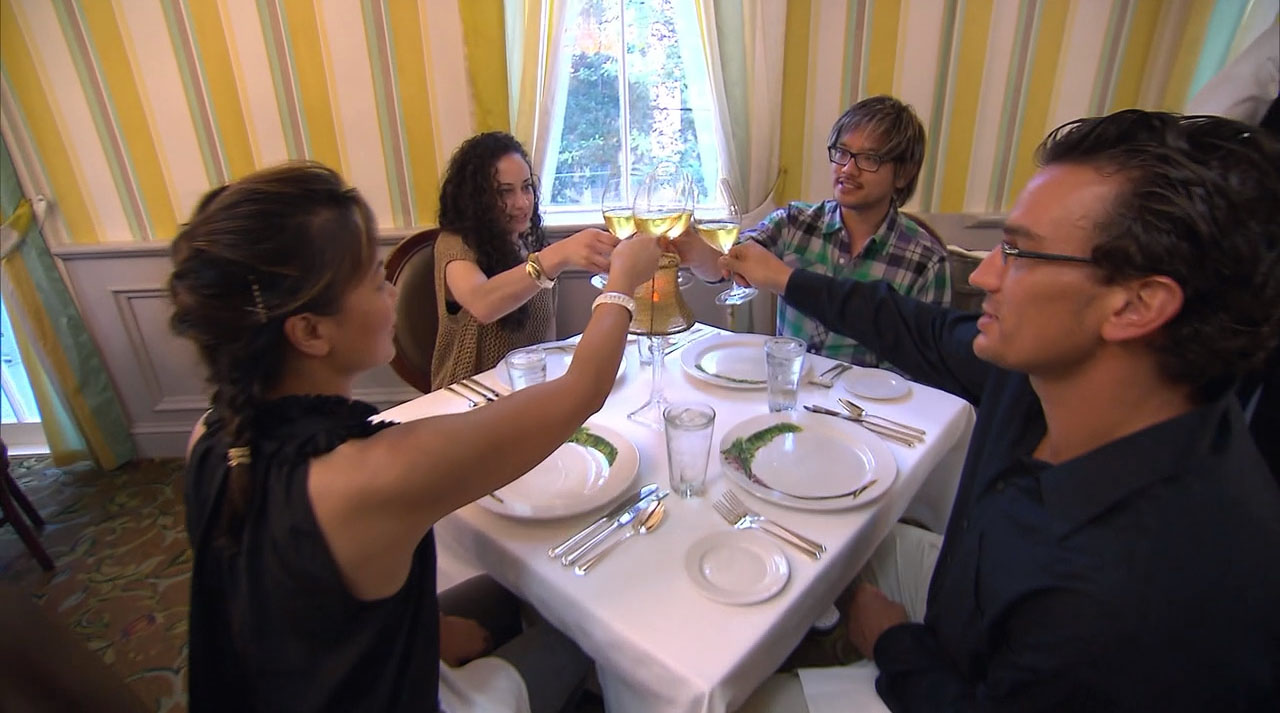 Top Chef is like a relationship: by the third week the initial physical attraction is fading (goodbye Jason Cichonski) and you're starting to think, "I guess I could keep doing this." Also, if you're anything like me, by week three you're comfortable revealing things like how you're afraid of horses.

Tensions are running high for the chefs going into this challenge. The contestants handle that stress differently. Some of the guys are roughhousing and joking around in the house while Bret Pelaggi is doing Tae Bo videos with some light hand weights in a tank top. Louis Maldonado makes the reality-show-staple phone call home to his kids. I get it Bravo, I am single and childless. Message received. Did my mother put you up to this?

Padma Lakshmi, dressed in her finest plastic tablecloth, introduces the guest judge for the Quickfire Challenge, Food & Wine editor-in-chief Dana Cowin. She's the Anna Wintour of food magazines except that she's probably more accepting of body types that aren't "coat rack" or "upside down mop with tits." Dana's job is to assess food trends, so for this Quickfire Challenge the chefs must create dishes around trends that Dana thinks are done, and convince her that they still belong on menus. The trends in question are kale, bacon, smoked items, and topping a dish with an egg.

After the chefs draw knives to see what tired trend to tackle (look, I don't necessarily want to brag about that alliteration, but come on, that was pretty good, not a single writer at Bravo even came up with it as a line for Padma to say in an awkward voiceover), they only have thirty minutes to prepare their dishes. Thirty minutes is nothing. I spent more than thirty minutes shaving my legs this morning. And I didn't even finish! I just said screw it and wore tights. 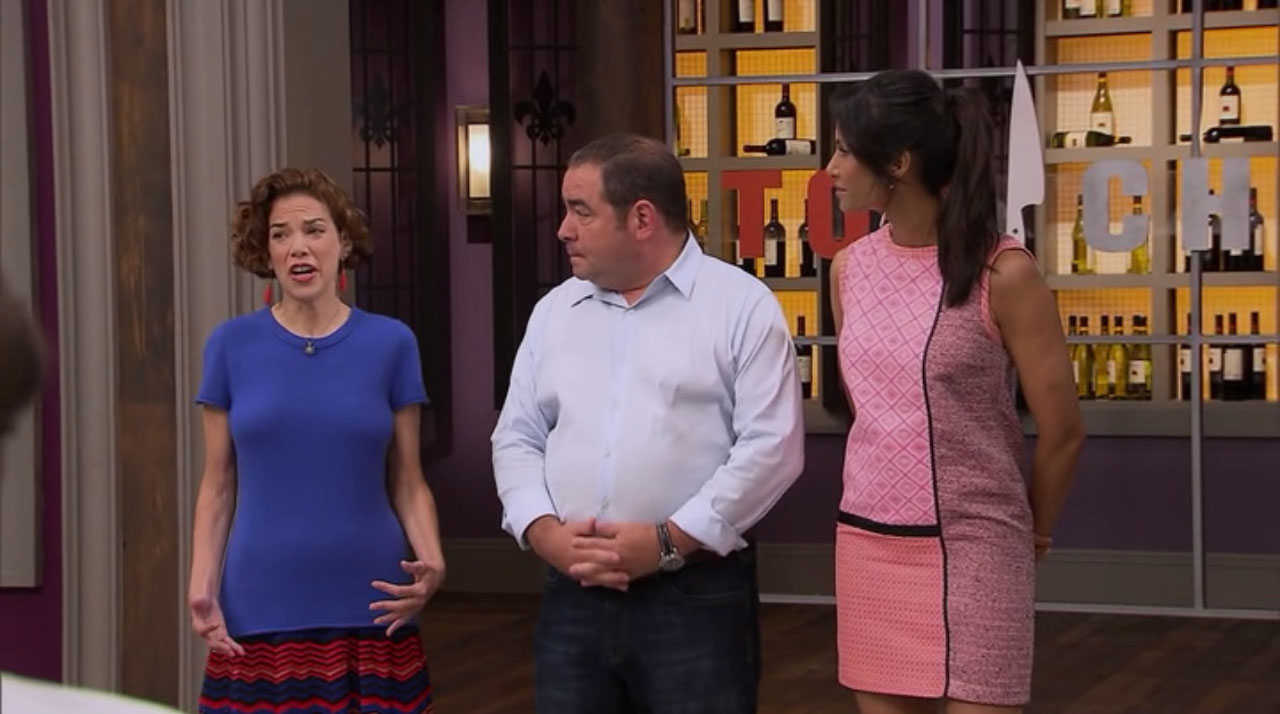 A frantic half hour later, Padma, Dana, and Emeril Lagasse make their rounds to taste the dishes. The judges' favorite of the challenge is Shirley Chung with her congee. Because it's her first win Shirley does a lot of jumping up and down and clapping, which is the same reaction I had to the government shutdown being over! KIDDING! I don't even know what that means. The judges' least favorite is Aaron Cuschieri and his overdressed kale, and he is immediately sent home.

For the Elimination Challenge, the chefs go to one of the most lauded restaurants in New Orleans, Commander's Palace. Seated four to a table, they tap wine glasses and prepare for a truly outstanding meal. What's bizarre is that despite being restaurant professionals, most of them are acting like this is the first time they've been out to dinner. The whole tone of the room when they first sit down feels a lot like a nine year old's pizza party where the kids are all running around the table and standing on the chairs jacked up on fountain soda, while the poor mom in charge of bringing the pizza from the counter to the table is asking herself, "Why did I leave law school for this?" and, "Do they serve hard liquor here?" 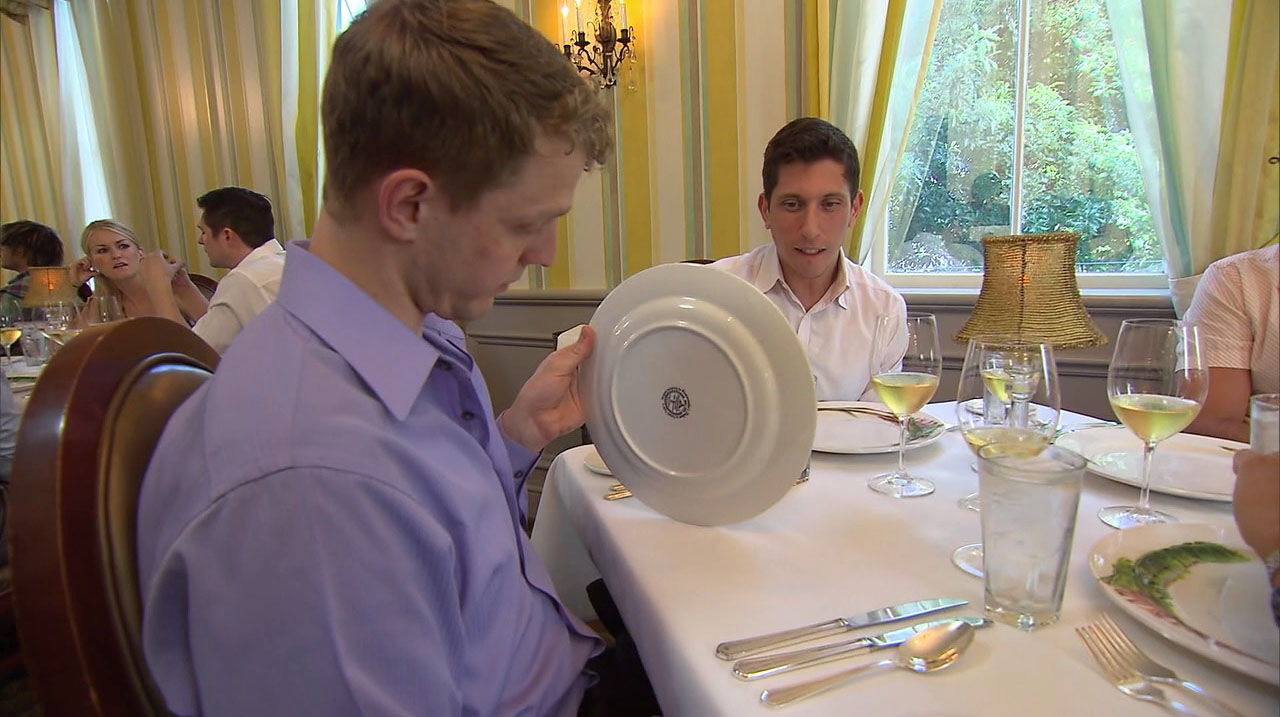 Chef Tory McPhail enters and explains to the chefs that their Elimination Challenge is to recreate these dishes tomorrow in the kitchen of Commander's Palace. This challenge tests their cooking expertise, their attention to detail, and most of all, their palate. It sounds nearly impossible to just try a food once and replicate it the next day. That's like drunkenly making out with a guy in a bar and then needing to recognize him on the street on your way to work. Who could do it?

The dishes the chefs must recreate are Shrimp and Tasso Henican, Black Skillet Seared Trout, Veal Chop Tchoupitoulas, and a Strawberry Trio of shortcake, a cocktail, and a beignet. These iconic dishes were created by legendary chefs at Commander's Palace, and those chefs will be at dinner and helping judge the challenge. Justin Devillier keeps saying that this is an important challenge because it's in his hometown of New Orleans, even though every challenge so far (and for the rest of the season), has also taken place in his hometown of New Orleans.

Bret is slow to the grill and, seeing there's no room for his meat, decides to wait until everyone else is done and then cook his veal chops immediately before he needs to plate them. Great idea, Bret! That's the kind of passivity and lack of preparedness that wins challenges! 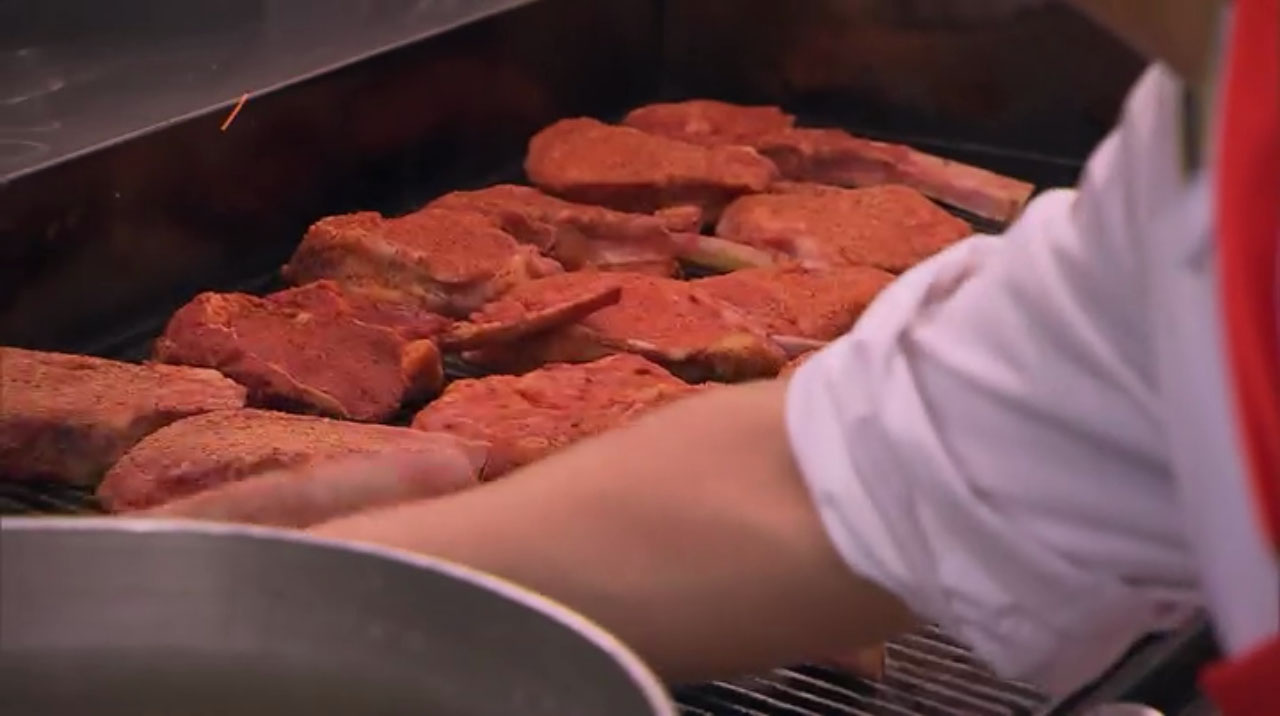 Meanwhile, in the dining room, Lally Brennan and Ti Martin, the proprietors of Commander's Palace, greet the judges. Ti begins talking about the history of the building, basically explaining how different men carried on affairs there. She mentions that even in more modern times the restaurant maintains its discretion, so I'm hoping one day to get asked to dinner there by a Senator! 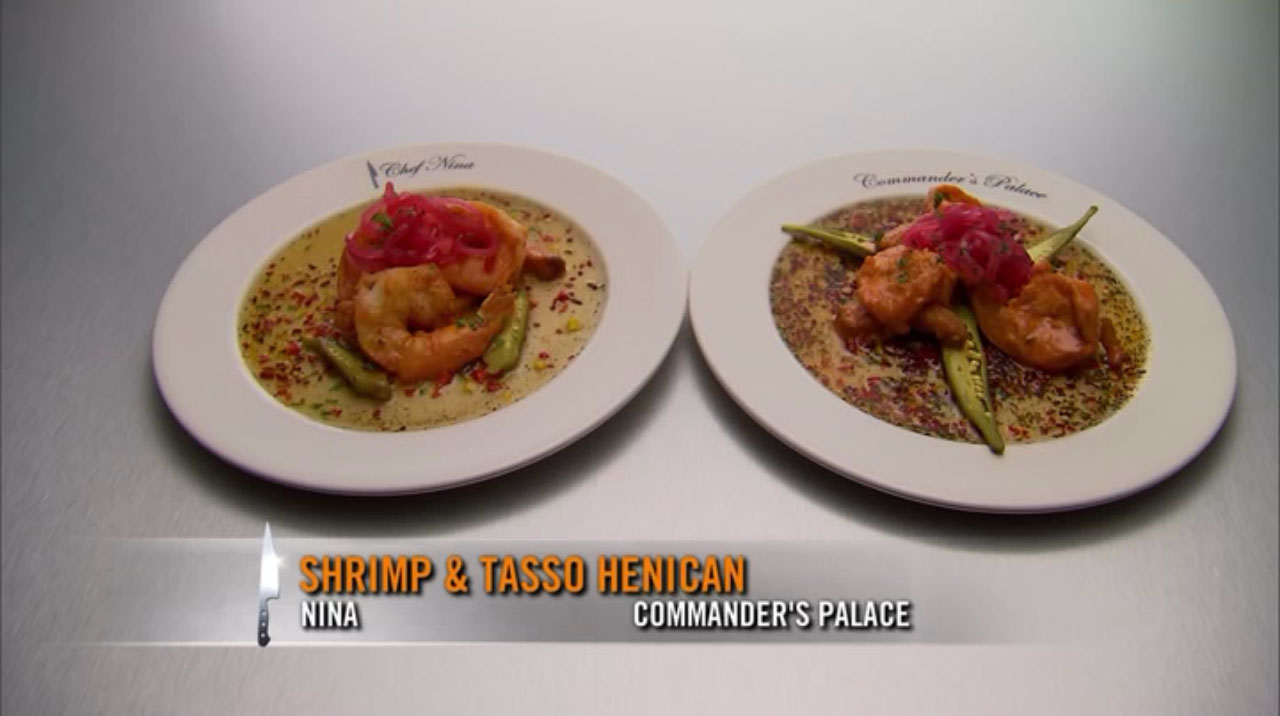 The judges for the challenge are Padma, Emeril, Hugh Acheson, and Tom Colicchio, though they are joined at dinner by the Commander's Palace owners, as well as Paul Prudhomme and chef McPhail. As each course comes out, they discuss various aspects: plating, seasoning, how close it is to the original. For the most part, chefs are able to master one or two things, but miss the others. Nina Compton cooked her shrimp perfectly, but the plating was all wrong. Bene Bartolotta created the best sauce, but the rest of the dish missed the mark. Brian Huskey's brussels sprouts are practically raw. Shirley's chop is too well done for Padma, though everyone else thinks theirs is fine. It doesn't matter though, it's Padma's world, we're all just living in it. 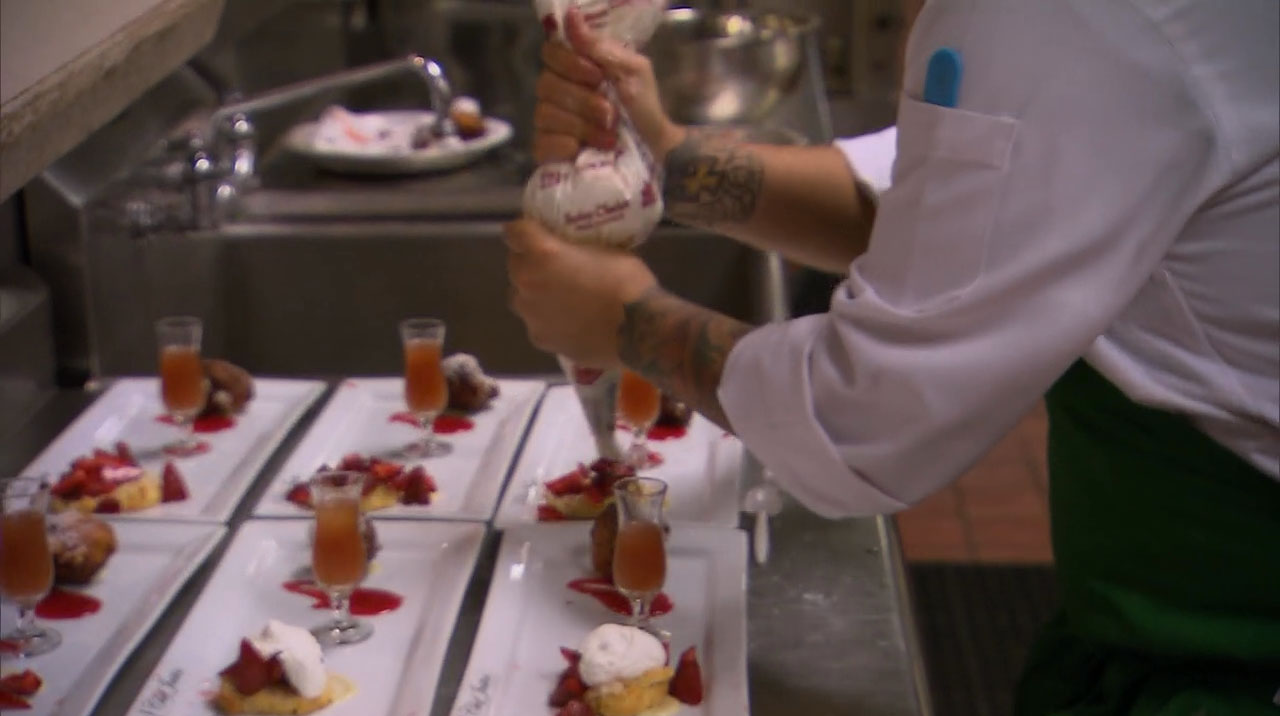 The dessert course is usually like the fat kid in gym class when it comes to Top Chef: no one wants it on their team. None of the chefs charged with recreating the strawberry trio are particularly thrilled with it. Oddly enough, this was the course that wowed the judges the most.

Back at Judges' Table Padma calls in Stephanie Cmar, Nina, and Justin. They all did an excellent job recreating the Strawberry Trio. Justin was nominated against Commander's Palace Chef McPhail for a James Beard award this year and lost. But he won this Elimination Challenge! This is as good, right J-Money? Feel vindicated? It's practically the same thing when you think about it! 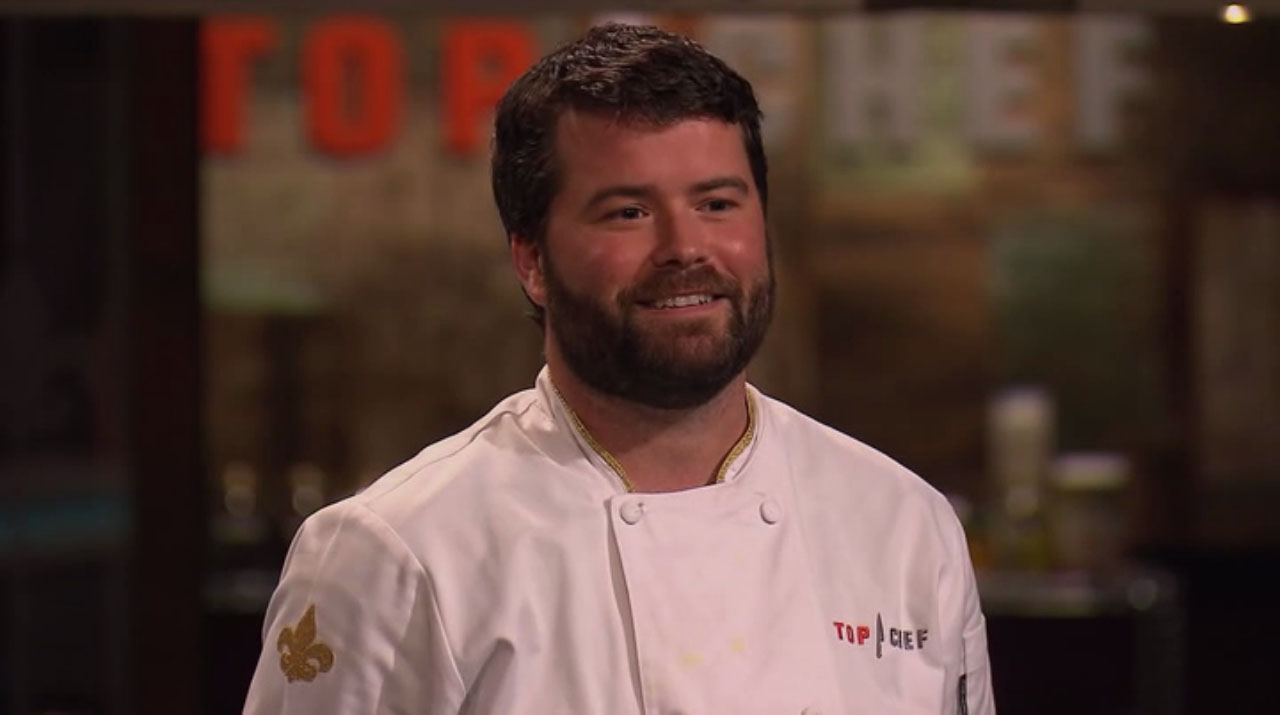 The bottom three this week are Louis, Carlos, and Bret. Tom's biggest critique with these chefs — and often over the course of the series — is that they didn't taste the food. How are they not tasting it? Honestly. I can't even really be in the same room as an open bag of stale pita chips before I decide I just need to finish the whole thing. These guys are walking around preparing high quality meals and they don't even feel the need to grab a bite? I just don't understand. Not tasting their own food led to severely under-seasoned dishes for all three of them. 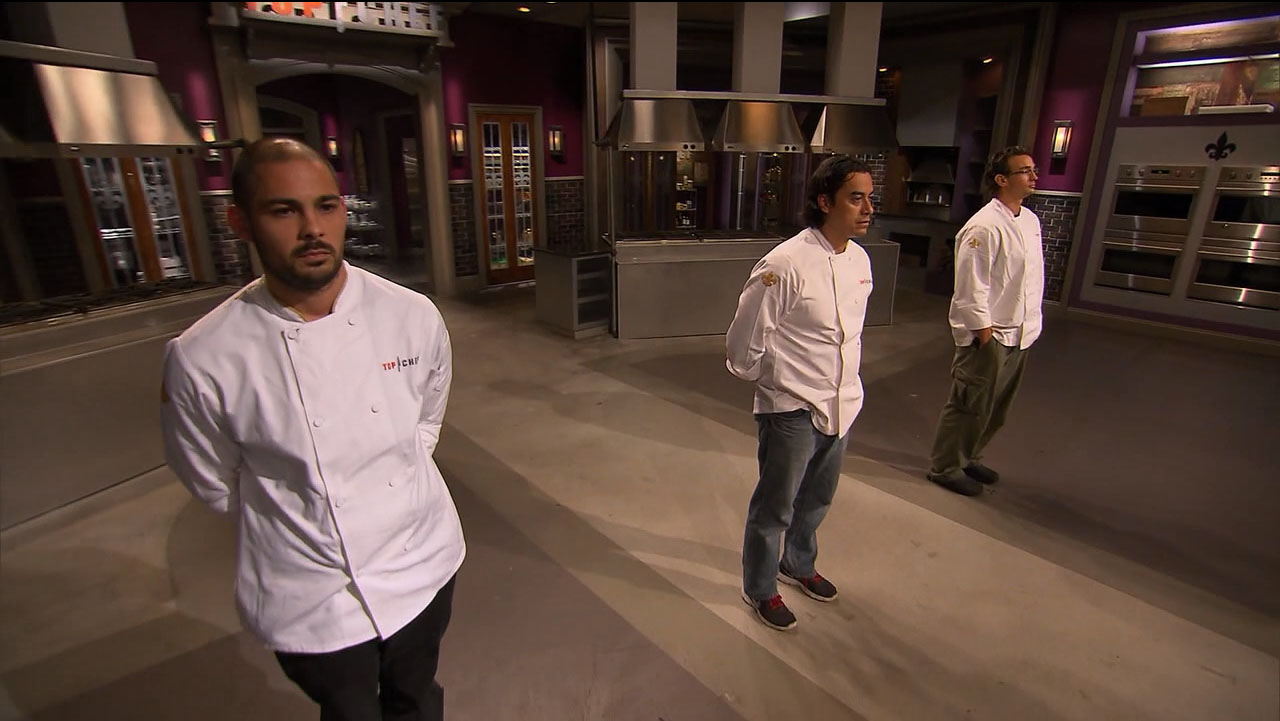 Oh, hey guys, brb, just saw this ad for Top Chef Home Edition and need to download it and play a quick round before the final elimination! TCHE gives you kitchen challenges to do at home. Oh this is going to be so fun! Wait, hold on. I need a partner for this? Is this just another reminder than I'm single and I need a man? Well that's great. Thanks a lot, Bravo. I'll just sit on this couch and continue to eat this sleeve of Chips Ahoy cookies. 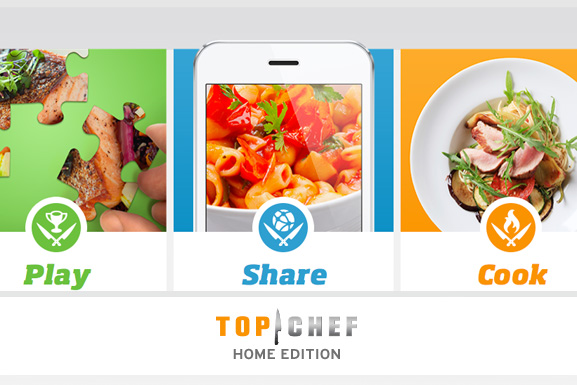 In a not at all surprising conclusion, Padma tells Bret to pack his knives and go. This has been a long time coming. Well, three episodes coming, but let's be honest, we're all pretty surprised Bret made it this long. He says, "I got to see New Orleans, I got to eat at Commander's Palace, I made some new friends." Sounds like you had a pretty sweet week-long vacation there, Bret. He's between jobs, so returning home from the show will be a whole new set of challenges. His final words, "I don't know what is going to happen to me," are eerily the last line of the episode. None of us do, Bret, none of us do. Just keep your chin up, especially when you're doing those hand weight workouts in front of the TV at home.