Tony Fleming on One Year, One Star at Angler in London

Share All sharing options for: Tony Fleming on One Year, One Star at Angler in London 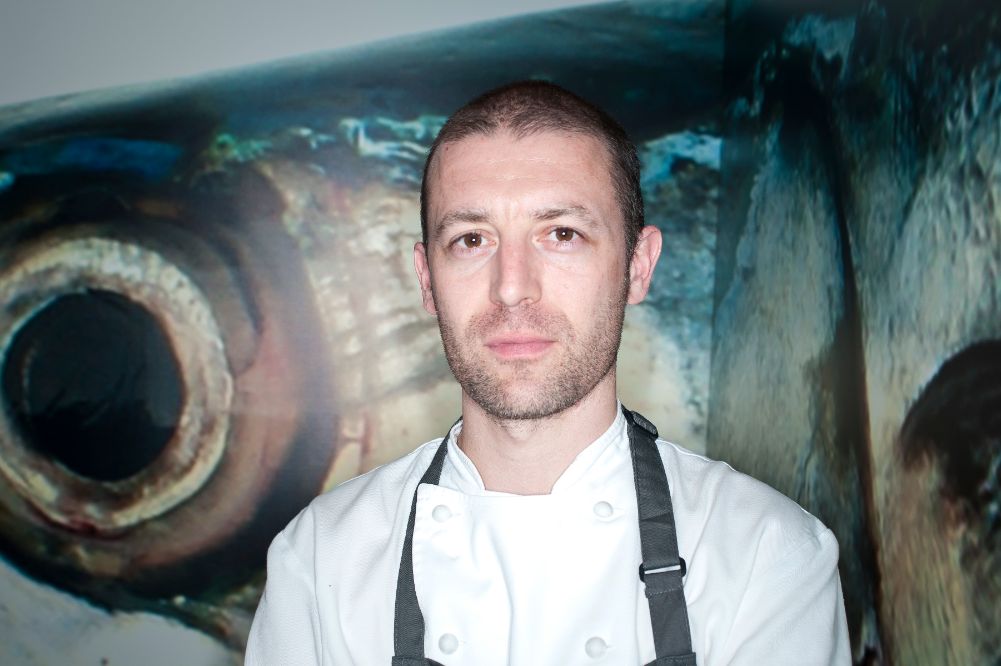 When omnipresent UK restaurant group D&D London (Kensington Place, Launceston Place) opened its first-ever hotel, South Place, in Fall of last year, the boutique property unsurprisingly featured two restaurant concepts: a casual diner 3 South Place and the more polished rooftop destination Angler. "It was very high-profile, [with] lots of nervousness," says chef Tony Fleming of the September 2012 opening. "We've got to get it right, because you can't do an opening twice. It's like taking a penalty in football; you can only do it once and you can't mess it up." He didn't: Just a year after its debut, the seafood-focused Angler earned its first Michelin star for dishes like lobster pie and turbot with braised squid, fennel purée, and sea purslane. Less than a week after the Michelin announcement, Fleming chatted with Eater about the "diplomatic" process of opening a hotel restaurant, the spot's signature dishes 12 months in, and why planning for a Michelin inspection just doesn't work.

When you first started working with D&D London, was the plan always for a seafood restaurant?
They had a concept, but it was no more than that, really. It was literally Angler, which was a seafood restaurant, quite a top-level seafood restaurant, and then in the hotel, a grill and a bar and a brasserie type of affair, which is much more informal, a bit more down-to-earth. But that was it. So nothing to do with food really, or style of food, or anything like it. It was literally a blank canvas in that sense, it was just an idea. And then I was brought quite early on, pre-opening, so I had a good three or four months before we opened to formulate the style of the food and the offerings in the restaurant before we opened.

Tell me about menu development: How did those early conversations go?
It was an interesting process; it wasn't straightforward. And I bet everywhere's the same. Because when you're opening a new place, there's so many people involved, so many people with different opinions about what the food should be like: one guy wants it to be one way, another wants it to be another way. And I'm a chef, I want it to be a third way. So, there's a lot of diplomacy involved? we had to do meetings, loads and loads of meetings. And it's kind of difficult to do as a chef, over a table, in a room, because food is all about seeing it, eating it, and tasting it — to sit down in a cold environment with a piece of paper... it's kind of hard to visualize, hard to get excited, almost. So it took a long, long process of many many meetings. But as soon as we got in the doors, as soon as we got in the hotel and I got in the kitchen and I started cooking, it all came together quite quickly. We had to start cooking food and put it on a plate? [and it progressed] much quicker than when we sat in an office.

Do you remember opening night?
Yeah, sure. It was a Monday — it was a Monday morning, which is bizarre. I've opened a restaurant before and it's usually a night, you invite friends; but we didn't do that. It was really sort of like another normal day, but it obviously wasn't, it was the first day. We just opened fairly slowly on a Monday and built and built through the week. So, it was not like a normal opening, a big smashing party and inviting loads of people. We opened on Monday morning like we'd been open for 10 years — which is good, though, I quite liked that. You just go about your business quietly.

Thinking back to the menu a year ago, have there been any big menu changes?
It's mainly with the seasons; it's quite dramatic, the seasons here in England, as you know. So, of the original menu, we're big believers in consistency. If you change too much, you can never get consistency. So we kept the original menu most of the way through the first four or five months, and then in January, February of this year, we changed a little bit. But there is a core of dishes that have been so popular and that represent the restaurant and the style of food? they're like a spine of dishes, and then the other dishes sort of change around it, come and go with the seasons, or are not so popular sometimes, or whatever. But there's a good 35 percent of the menu that will never change, that are classics already; people come back for them and if we took them off, they'd be upset. So, we've left them on.

Like what?
One dish we haven't changed a bit is a tuna tartare, it's like an Asian tuna tartare. Most of our stuff is British, to be honest with you? but we like to keep some of our food quite light, and that dish just sells by the bucketload. It's like an Asian tartare with an avocado wasabi puree. We haven't even tweaked that dish. That dish, from when we did the [first] tasting to when we have service tonight, is exactly the same. 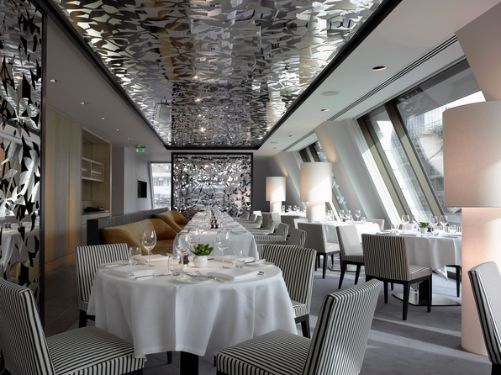 Congrats again for earning the Michelin star. Did it come as a surprise to you?
It wasn't a surprise — it wasn't a shock, like, "I can't believe it, we don't deserve it" sort of thing — but I was very overwhelmed that we got it in our first year. I think it's deserved. I've been at one-star places, two-star places, and I know we can compete at that level, as a restaurant, with food and service. I knew we could compete at the one-star level, definitely. But it was a shock that we received it so quickly, within a year. I was expecting the first year to be finding our stride and finding our rhythms, and then the next year really attack it and maybe achieve it in the second year. So, to get that realization within 12 months, yeah, it it really rewarding. And a bit surprising, yeah.

Is there a Michelin rumor mill where you have an inkling that an inspector is in the restaurant?
The thing with Michelin... there's such an integrity of the guide that you don't know when they're in. You can try and guess when they're in, and that's when you slip up... And if all you're trying do as a chef is achieve a Michelin star, trying to guess when the inspector is coming, you've lost the battle straight away. What you need to do is just make sure that you're on your game every day, every service, every plate. That you've got systems in place and that your kitchen is that well-run that it doesn't matter when they come — whether it's on your day off or just a two-cover Monday lunch or 60 covers on a Saturday night — it doesn't matter. If you've got everything in place, they can come whenever, and you understand that it'll be good. If you're just trying to peak for when Michelin comes, or trying spot the inspector and cook a really good meal, you'll never do it. So, for me, it wasn't about that. It was like... make sure we do it every day. And if we get recognized for it by Michelin, then we do. If we don't, then we've still got a successful restaurant. To do it that way round, instead of trying to please Michelin, it really important.

Being in a hotel, how many of your guests are out-of-towners versus locals?
To be honest, we do get some residents, but not very many. I always say that 90 percent of our customers in the restaurant are non-residents. We did 70 [covers] last night, and maybe five of those were probably residents that I know of. Because we're in the Financial District, we get a lot of business there, and on the weekend we get a lot of leisure guests, a lot of them come from roundabout. So, not many are actually in-house. Sometimes people are staying for a couple of weeks in the hotel, so they'll eat at the restaurant, two, three, four times — we've had that before. And we'll bring out a cup of tea to them, try to do something for them [like a special tasting menu] because they're here for a long time.

Does it feel like it's been a year?
No. No? sometimes it feels like it's been 10 years. It's been such a year. It feels like it's aged me 10 years, you know? Because it's been one of the hardest experiences — one of the most rewarding — but one of the hardest things I've done, we've worked so hard. But sometimes I just think, "Where have the last five months gone? Is that 12 months of my life gone already?" You wait and wait and wait for it to open, you just want to open the doors, as a chef all you want to do is cook, all you want to do is get in the kitchen. And you're in the office for four months waiting for the doors to open. And that's it: Now that the doors have been open the last year, it's just flown by. Absolutely flown by. Which is brilliant; you don't exactly want to be watching the clock.

And now that the Michelin star has happened, what are your goals for the next year?
I think really just to consolidate what we're doing, I think that's really important. I think we've been awarded a star for what we've done in the last 12 months, and I think it's important to continue doing over the next 12 months what we've done the last 12 months. We've been successful for a reason, and there's no reason to go chopping and changing. But at the same time, it's really important to keep fresh and current and re-address what you're doing every now and again so you're on top of your game. There will be no resting on laurels or getting complacent.