Mario Batali on Eataly Expansion, Lawsuits, and His Retirement Dreams

Share All sharing options for: Mario Batali on Eataly Expansion, Lawsuits, and His Retirement Dreams 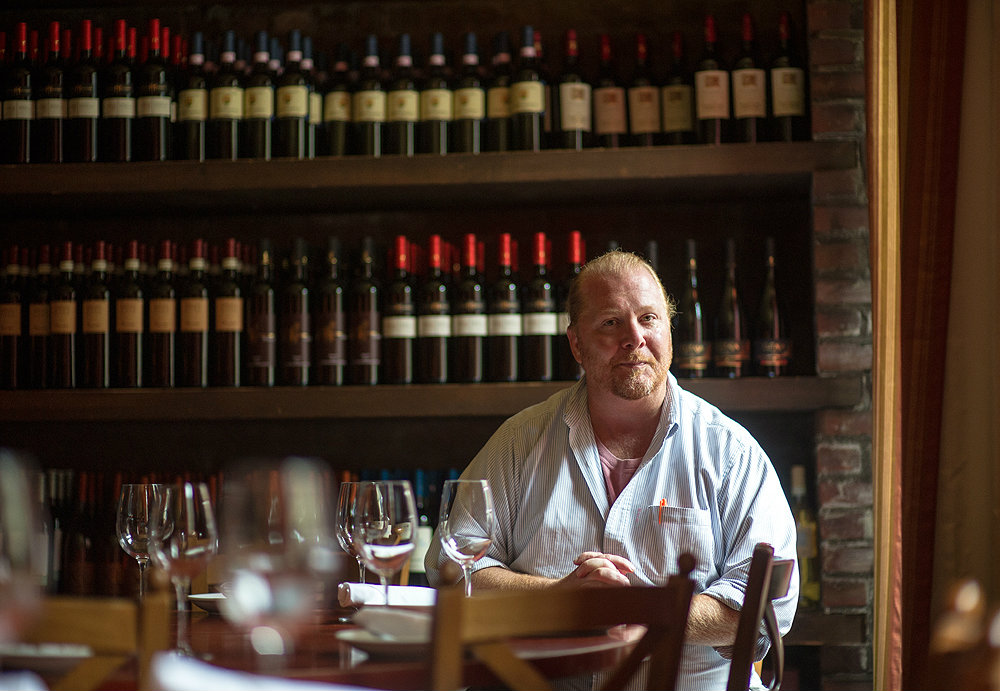 In the concluding portion of this interview with Mario Batali (see part one), the chef talks about expansion plans for his wildly successful Italian goods superstore Eataly, lawsuits, adjusting his company's human resources configuration, and how his management philosophy is to "keep but also help" employees. He also talks about his retirement dreams, though that's a long way's off.

You'll hear lead singers of some bands describe how after years of getting bigger and bigger, they feel like they have a responsibility to help feed the families of the people that work for them. Does that sort of sentiment play a role in keeping things going? Is it a burden?
I won't lie and say that hasn't occurred to me at times. But it's not really a burden. I think what our job is right now — and we're actively working on this, because we had our big, stinky loss settlement with our staff that didn't like us — to create a place that doesn't only attend to our needs. We need people to feel that if they want to work at Lupa for two years and then go to Vietnam and open a noodle shop or move to Rome or be an art director, they can.

Describe how it used to be before this shift.
It used to be that you had to buy into our whole thing, our life plan, for us to respond to you the way you probably wanted us to respond to you. We're trying to be a little bit more flexible. We want to give them more of what they need and are looking for while they work for us. That's part of our evolution of developing a human resources department. It used to be that it was just me and Joe, and we hired everybody and fired everybody. As it's progressed, we hired some people to do that and had some human resources people that I really didn't interact with, and that's my problem and my fault. Now we have someone that I chose and we are adamantly moving forward so that we aren't only the purveyor of the best Italian experience when you're sitting at one of the restaurants, but also for when you're working here with us. That will help alleviate things and make it feel much more for the people, which is a lot of what the Italian ideology is!

Since you just mentioned it, let's talk about the lawsuits. How would you describe that whole ordeal?
Well, first, we didn't manage our PR too well. But there have been some changes to the laws in the last ten years about how employees are tipped, how those tips are managed, the minimum wage, and letting all your employees know what the policy is. It needs to be clear and printed, and we didn't have it clear enough. If you look, over the last ten years, it's a group of lawyers and employees that take on the big guys. At the end of the day, if we weren't in compliance, it's our fault, and that's why we settled. Now we're looking forward to doing things right.

So you wouldn't say that this is common practice and that you guys were just the biggest, most obvious target?
No. Well, we're one of the targets, but if you're wrong, you're wrong. We're not alone, but we're not proud to be on that side. I would have liked to be the right guy all along.

What about expansion plans with Eataly and the Hong Kong properties?
It's ambiguous, because in the final negotiations of all the leases, that's when you really get your goods. We're in final steps with several people in several places. I expected to announce a few things in July, but we're not there yet. I can say that there are going to be more Eatalys in North America and South America in 2013 and 2014.

If I had told you a few years ago that what New York needed was a 60,000 square-foot Italian goods store, you'd have laughed at me. But now it seems indispensable. In a town like Sao Paulo or a town like Mexico City, there are a lot of people that are really fascinated with Italy and eager to go to a place like that.

Hong Kong is really big for us right now. We just opened Carnevino last week, and I'll be there the first week of October for the grand opening.

Is the experience moving into Asia at all weird to you?
Yeah, it's weird! I'll tell you how it's weird: there are eight guys working the hot line at Lupa there, and there isn't a common mother tongue among them. Half the guys are speaking Chinese and half the guys are speaking Malaysian. Not all of them are from those places, but that's where they all agree to go when they're expediting. And then sometimes it's English. It's a crazy group of talented staff and cooks, and then a super-hot market of consumers that are fascinated because they come from the mainland. They go to Hong Kong kind of like Americans go to Vegas. They are endlessly hungry. Have you been to Hong Kong? Have you seen how they stand outside of Louis Vuitton in line like it's a discotheque? It's mind-blowing! They'll go in there and buy three of those $40,000 cases.

In Singapore, by the way, ten of the sixteen opening front-of-the-house crew are circus performers that decided they wanted to go into restaurants.

Did they know each other before or did it just happen by chance?
Ha! They were mostly friends, yes. I don't think they were part of the same circus, though! But there are magical crews working at these places making sure that the Batali-Bastianich experience translates well.

Now, to The Chew. Are you going to keep doing it?
Oh, yeah. I love it. There's a lot of people that whenever I do something they don't expect me to do — which is about everything I do in the first place —they'll criticize me. The idea of working with a major network in a new slot was fascinating. I had never done it. I never would have chosen my roommates, but after a year of working with them, I realize that they don't have weird ulterior motives. These are pure people. Their messages are not all yet clear, even after a year, but they're smart and fun.

What do you mean by "message"?
Whatever message they want to purvey. Clearly I present myself as a kind of know-it-all who really enjoys explaining things, not in a pedantic but empowering way. It's kind of like what Molto Mario was about. All of these personalities come together and make what I think is a compelling and fun show to watch. It's certainly for the people that are watching TV at 1 PM.

You ever think of slowing down and going back to one restaurant pretty much full-time?
You know what? That is my retirement plan.

What would it be like?
It would be a new place probably somewhere else. It would have to be somewhere where I could be for six to eight months without having to leave. The restaurant would look like an open structure or a barn, and I would open on Saturdays and Sundays only. There'd be a giant antipasto table. You'd walk in and see meat and fish by the pound in a deli case; you'd buy it, we'd grill it.

Any idea when that could happen?
No. I guess when I get bored. Joe's dream up until a few years ago was to have one of these corporate hedge fund guys buy the restaurants. Neither of us think that's going to happen any more. We weren't smart enough to build a replicable experience seven times so we could sell it to the Olive Garden, so we have basically seventeen one-offs and two copies. I don't see us quitting it, as long as I love it. My job is no longer to be exclusively responsible for that plate of pasta coming out. It's to remove the obstacles from that guy or girl that's making that dish so that they find it stimulating and delicious to keep doing it.

Do you learn how to manage all of that on your own?
There's no school for that. There's a lot of chefs that don't have a track record of developing talents who eventually want to leave. There's [Alfred] Portale and Daniel [Boulud], who have seventeen great guys out there. Then there's other guys who just keep them or don't help them. We're about keeping and helping. Wade Moises [of Rosemary's] just got a really nice review in the Times, and you have Mario Carbone, who's now opening across the street from Lupa.

You know I used to work at Rocco [the space that will now be Carbone's new restaurant]? What a great place — red sauce joint owned by Spaniards. I went in there and wanted to change the menu, like an idiot.

Anything else you want to get off your chest before we run out of time?
New York City is still the most exciting and delightful place to run a business.

Why?
I'm fascinated by it constantly. I've been gone for three months, so I'm really juiced on it. As I say: my Lake Michigan summer home is my antidote for New York, and my New York home is my antidote for Michigan. I am always jacked up when I get back. Where the hell did all these guys from Portland come from?! It's wonderful. But I need to find someone to go with me, because my wife is so done with tasting menus. I remember going to Daniel about six years ago, and they offered to cook us tasting menus. My wife said, "Sure, as long as it's chicken and salad."

Not that many people like to be completely provoked on every course. I love it that way, but I also like what I'm familiar with.

Can you still manage to provoke as you get bigger and bigger and have to maintain consistency?
When we started at Babbo, at that level of experience, people weren't used to seeing a pig's tail or its face or lamb's tongue. That was a form of provocation and a big step. At this point, we don't challenge the visual form, although Mark Ladner does a bit of that. We will still try to give you something you've never had before.