Here's Ferran Adrià on the Cover of Wired in the UK

Share All sharing options for: Here's Ferran Adrià on the Cover of Wired in the UK 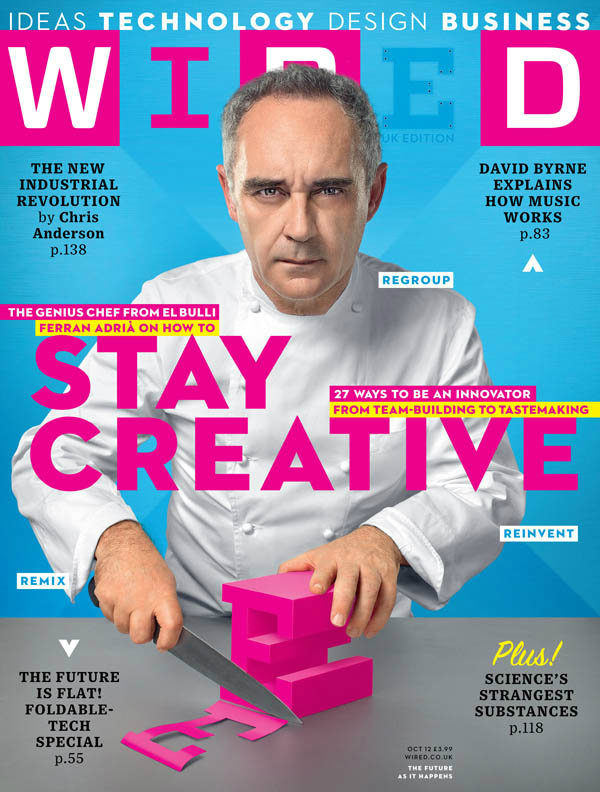 Spanish chef Ferran Adrià, the man behind the restaurant elBulli's transformation into a creativity foundation, graces the cover of the October 2012 issue of Wired Magazine in the UK. The article, authored by Greg Williams and titled "Staying Creative," is not yet online, but editor David Rowan writes in a letter to readers that, "we can offer you the chance to learn first-hand from him how he maintains the creativity that has made him among the world's most admired chefs." (There's a sample spread from the Adrià article online.)

Next month, Adrià will be among the group of speakers at Wired 2012, a conference "celebrating the ideas, innovations and people reshaping our world." He'll be joined by Lady Gaga's manager, architect Thomas Heatherwick, Tumblr founder David Karp, and several others.