The No Reservations Austin Episode: Just the One-Liners

Share All sharing options for: The No Reservations Austin Episode: Just the One-Liners 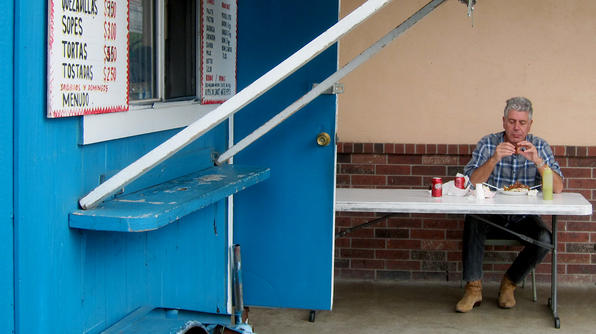 The end is near: the final season of No Reservations premiered last night. Host Anthony Bourdain was in Austin for the annual music conference SXSW, and while he was there he squeezed in some quality barbecue and taco time. In a nod to SXSW, he dines out with musicians instead of his normal food world guides/hosts (with the exception of Texas barbecue expert/author on Bourdain's Ecco label Daniel Vaughn). It is perhaps an odd choice; as the New York Times puts it, "The combination isn't flattering to either party. They don't know much about food, and he comes off as an uncomfortable and slightly creepy hanger-on — 'perverted Uncle Ernie,' as he puts it himself." Oh well, at least there is barbecue porn in abundance.

After last night, there are seven original episodes left of No Reservations, as well as one last season of The Layover before Bourdain heads over to CNN. Unfortunately, this last season will include "three (count them, THREE) shows made up of "repurposed" material — aka clip shows," according to Bourdain's Travel Channel blog. Now, on to the Quotable Bourdain — feel free to leave your picks in the comments.

1) On SXSW: "For a short period each year, a mid-size Texas city — its strangely un-Texan capital — becomes something else: a hipster apocalypse. There's nothing to do but surrender."
2) On hipsters: "Somebody pointed out recently only hipsters make fun of hipsters. But I think I'm off the hook there, because there's definitely an age limit for possible hipsterdom. I am so far removed from anything that could possibly be called a hipster or evenly remotely associated with the word hip. I mean, I'm much more like a mean old dude." 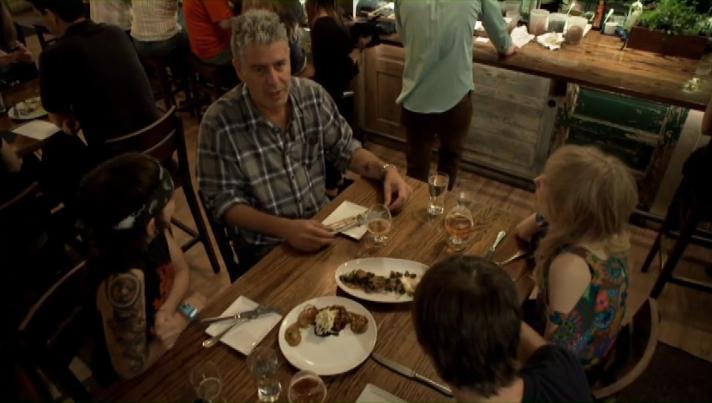 3) On why he goes out with musicians: "In my experience, rock 'n roll bands get a good meal all too rarely. So in a totally non-creepy way, I'm feeding as many of them as I can."
4) On when band members get dissed by security: "That's a gets-guitar-in-teeth situation."
5) On road food: "You guys are way too sophisticated for me, because I'm going to the Colonel or Popeye's and I'm getting that fucked up macaroni 'n cheese."
6) On getting served chicken testicles: "I assume they confused me with Zimmern when they put these on my itinerary, but I'm glad they did." 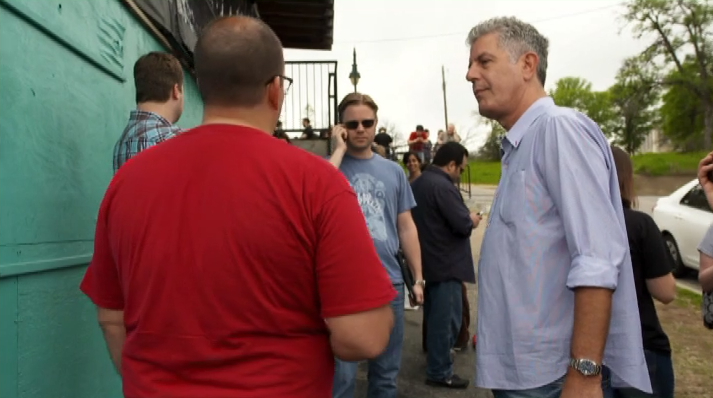 7) On the line at Franklin Barbecue: "SXSW is a spectacle in and of itself, but there's another reason to come to Austin. Reason enough to slit your best friend's throat, steal a car, drive cross country and then wait on line outside a dreary looking shed for upwards of two hours."
7) On the excellence of Texas barbecue: "Now, this comes as news to me, asI previously settled on North Carolina whole hog and Kansas City as my preferred final battleground of barbecue arts."
8) On the line at Franklin Barbecue: "I used to score dope on a line just like this."
9) On the brisket at Franklin Barbecue: "I've never had barbecue this moist. It's supernatural."
10) On brisket: "I think we learned something today: only Texans and Jews understand brisket."
11) On hanging out with younger bands: "I feel, I admit, like somebody's perverted Uncle Ernie hanging out with these kids. All of them old enough to be my kid, and, who knows, given the vagaries of time and dimly remembered open-seated concerts, anything's possible."
12) On fried mourning dove at taco truck El Taco Rico: "I recommend that you come here, go to the laundromat, sit in a parking lot, get the little bird. Lots of it."
13) On Tears of Fire, the hot sauce from metal band the Sword: "Oh, yeah, Tears of Fire tonight, burning ring of fire tomorrow." 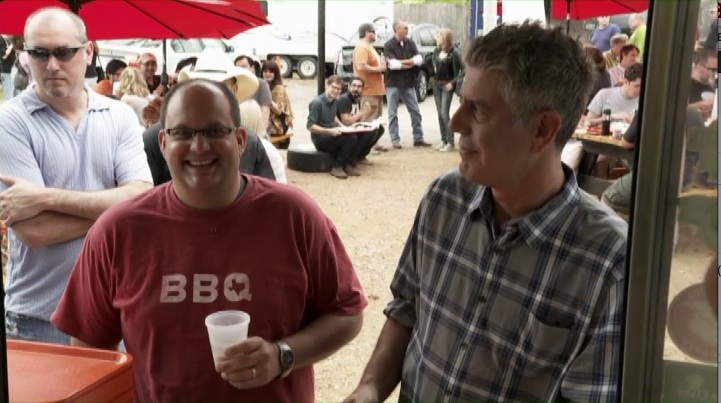 14) On the importance of getting your barbecue order right: "We did right, we ordered with zen-like skill, I can tell already."
15) On the beef ribs at J. Mueller BBQ: "Don't even try to tell me anybody does that shit better."
16) On Texas barbecue: "Get your dumb ass to Austin." 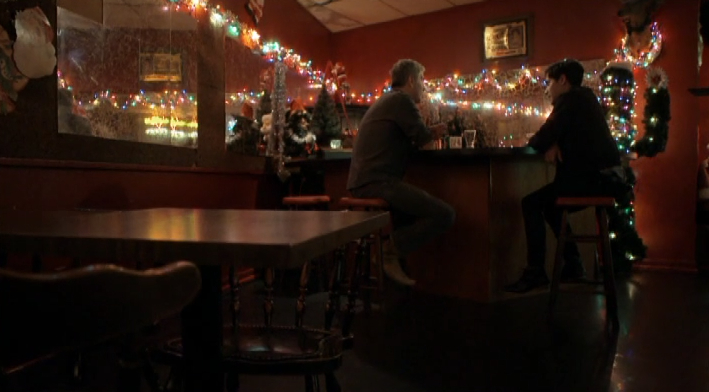 17) On Lala's, the bar where it's Christmas all the time: "I'm kind of surprised I'm not more traumatized by the lights actually, considering I hate Santa."
18) At a Mexican bakery: "That's pure sugar. Oh wow, my teeth are rotting right out of my head. I might go into diabetic shock here."
19) On HAAM, free insurance for Austin musicians: "This is Texas and you're talking socialism. Isn't Rick Perry the governor here?" 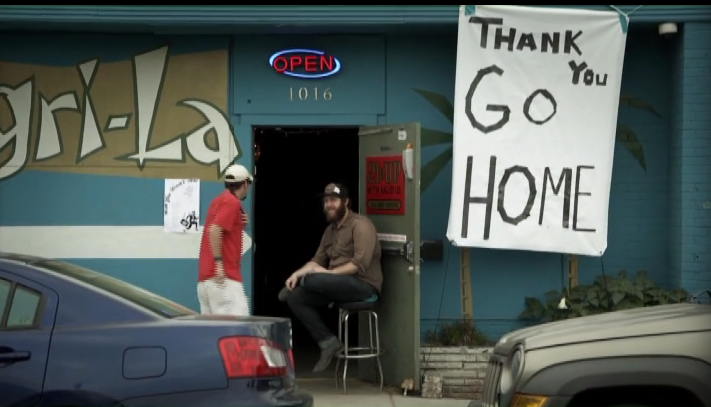