Chefs Weigh In: The Pros and Cons of Pop-Up Restaurants

Share All sharing options for: Chefs Weigh In: The Pros and Cons of Pop-Up Restaurants

Welcome to Hot Topics, in which chefs and restaurateurs chime in on a major issue in food. 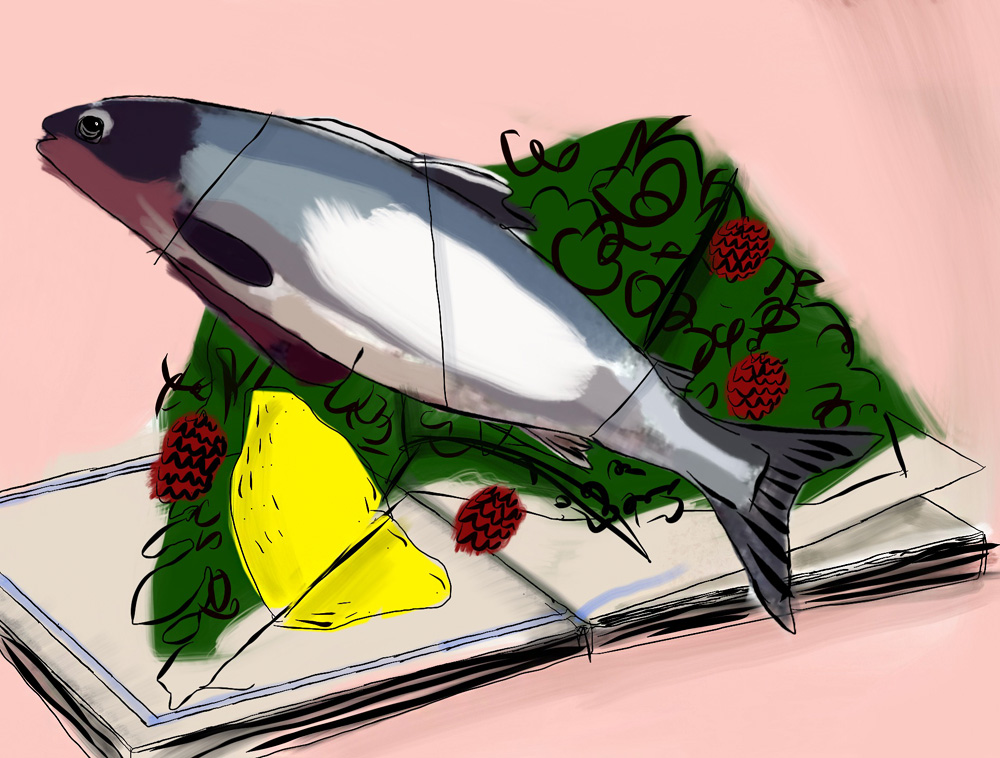 Pop-ups come in many forms and take place within restaurants, galleries, dedicated pop-up spaces, or even 262 feet beneath the ground. They give diners an opportunity to try food from restaurants outside their city and grant chefs the opportunity to do something different, reach new audiences, and collaborate with talents from the cities they visit. Most of all, they have the potential to be a lot of fun.

At the same time, though, it can be a problematic format. Chefs are busy people and often aren't able to dedicate the amount of time needed to really nail one-offs. This is something that Sarah Simmons, the chef and event curator that runs New York's City Grit, explains. With diners paying top-dollar to get into these buzzy events, that can lead to plenty of disappointment. Some chefs, like Chicago's Bill Kim, argue that you need to be forgiving and enjoy the excitement and spirit of the experience. While others, like Austin's Paul Qui, say that you can't stage these pop-ups hoping to make a big profit: "I think the key is that if you want to do a pop-up that makes a good impression, you can't want to make money off of it." 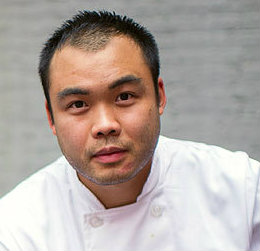 As a diner and not as a chef, how do you look at eating at pop-ups?
For me, you can't really judge a chef through the pop-up. It's just a way to meet the chef. For most part, it's getting a look at their style and personality.

At the same time, though, people are usually paying a decent amount of money to be able to experience that.
Absolutely. What I've learned doing events is that you can't not bring a full crew with you. You have to nail it. I just did this pop-up in New York, and I brought four people with me. I think the key is that if you want to do a pop-up that makes a good impression, you can't want to make money off of it. You need to just make your money back, because if not you risk charging more than it's worth.

The chef has to go in with the mentality that they aren't going to be making the same margins they will at the restaurant. I think most of the complaints come when the chef or the venue start charging more than what the actual food is.

So you firmly believe you can't really see it as an opportunity for any profit?
Absolutely. Unless you're Thomas Keller or Noma and can bring thirty people with you to Korea or London. 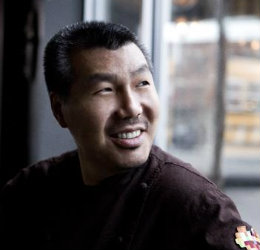 You recently did a pop-up in L.A. How do you approach those sorts of events?
When we do pop-ups, we look at it maybe a little differently than some people: we like to try out new things that might be on the menu at a restaurant that hasn't opened yet, and so we try to go beyond expectations. There's a maximum effort put into it.

Tell me more about the challenges with that pop-up?
I had to fly in 165 pounds of product. It was quite difficult, but it also feels good to meet that challenge of finding the same flatbread I had in Chicago, because I didn't want to serve a day-old version. I went to the Armenian neighborhood, I went to the Thai neighborhoods, and it was quite interesting for me.

So it went smoothly?
I did catering a few years ago, so I tend to go into these things expecting the worst and get pleasantly surprised when it's not so bad.

Safe to say, then, that you don't think the trend is played out...
I look at the trend very positively. It's never going to be perfect or a four-star dining experience. It's the idea of it — the exchange and the desire of chefs to interact — that is nice. When I go to a pop-up, it's not so much for the dining experience. I round up people that I know, enjoy the conversation, and if the food's a hit, great. If not, I get to see something new and still see my friends.

I think about how my restaurant started, and UrbanBelly pretty much had the spirit of a pop-up when we first opened. We were in a strip mall with two employees and 38 seats, and it basically was a pop-up. I'm fond of that. 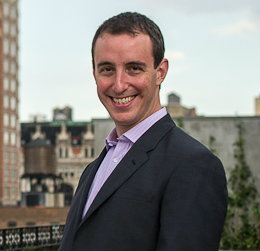 What experiences have you had eating at pop-ups or one-offs?
I remember the Pascal Barbot pop-up at Momofuku Ko, and I think he killed it. The reason I like pop-ups is that basic idea of enjoying someone's food in a different environment, and also seeing friendships form and the general conviviality. I've definitely heard of pop-ups that haven't gone well, but if you approach it with discipline, it can be a great format.

Do you think people should go into the experience expecting a restaurant or something else?
People's expectations of quality should definitely not change. When I went to that pop-up, was I expecting to have the exact L'Astrance experience to the last detail, though? No. You have to understand that you're walking into something different. But the quality of the food and the seamlessness of the service around it should be consistent.

You're about to do 21st Century Limited, something that you might be able to call a pop-up. You basically are going to bring a three-star-Michelin experience somewhere else. How can you effectively do that?
We're taking an extremely thorough approach to it. We're not looking to just cook food. We're really trying to give each city a very close sense of what each place is like. We've studied how the kitchens work, how the flows work at each restaurant, and really dissecting everything. We're trying to make it happen in a way that is authentic but also feels appropriate to the change in space.

I think that one of the things that differentiates us is the fact that it's a flip. We're not trying to have the chefs cook alongside one another in that more traditional way. That's what makes it really fun. You can experience each restaurant kind of overlaid on each other, and also witness what is a pretty nice friendship.

Another important factor to consider about most of these pop-ups is that they give the cooks a chance to learn from someone and somewhere new. It keeps things exciting. 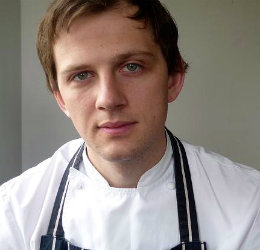 How have your experiences been at pop-ups — not as a diner, but as a chef?
I have not had the best experiences with pop-ups in Europe. I've noticed that a good number of people that have used them have seen them as money-making opportunities. There's a lot of people that take the excitement of it to justify bumping up the price of the whole event. The other bad thing is that they'll push the numbers too much. "Why do fifty people when we can do one-hundred?" It doesn't tend to work out too well.

And what did you like about your experiences in the Young Turks doing pop-ups? How did you try to defy the problems you just described?
Here's the concise answer: the situation is always different and lets you be creative and adaptive and off-the-cuff. You also have less overhead, so you can pay your staff more than you normally do and you can have a higher food budget. Since it's a one-off, you can very easily make it so that your staff are extremely excited and there's a lot of energy.

And how do you view the question of diners' expectations?
Expectations are really hard to manage, because as you get more known, you expectations grow. So one thing we did was really alter the price and offering if the experience and equipment were going to be different, instead of just rolling along with the same thing. I think people always expect a restaurant and have high hopes, because it's sometimes expensive. But in general, I tend to think that people are more forgiving because it's a pop-up. 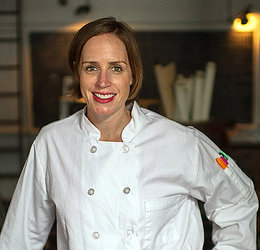 Have you had generally positive experiences at pop-ups?
I'm a unique diner because of my business and because I know just how hard it is to pull this off. I'm far less critical of the experiences. But I do think that it requires a lot more thought and planning than most chefs have time for, and that's evident in a lot of these experiences. It's very hard to do it successfully.

But people are paying — should they still be gentler and more forgiving?
I think that any time someone is making food for you, you should be forgiving, because it takes a lot of work and a lot of love. People's expectations are totally elevated, I think. The people that come who want to try the food are generally more satisfied than the one who want to come in and be seen and take a picture with a celebrity chef.

Why?
Because they are there not so much to get a sense of the chef or form an appreciation of what they do. They are there more because it's a scene and they want to be the firsts.

How do you think you're able to be successful doing so many of these at the City Grit space, then? And what are the biggest challenges you tend to encounter?
What maybe makes City Grit different is that we have the benefit of being able to work on having consistent service practices, which a lot of people that pop up for a day or two can't really manage. We're in the same space all the time, so that gives us an advantage. And because we have gotten to know the space, we can also set the chef's expectations accurately. But it's also still way harder than I ever imagined. We have to totally reset the kitchen after each chef leaves. Meeting different demands from each chef — little things like that add up to make it extremely difficult. There's always one ingredient we can't find!

Finally, is the trend played out or abused, in your view?
It is kind of played out. It can be a little less special because there are so many of them, but I think there's always going to be a demand for good, unique dining experiences.