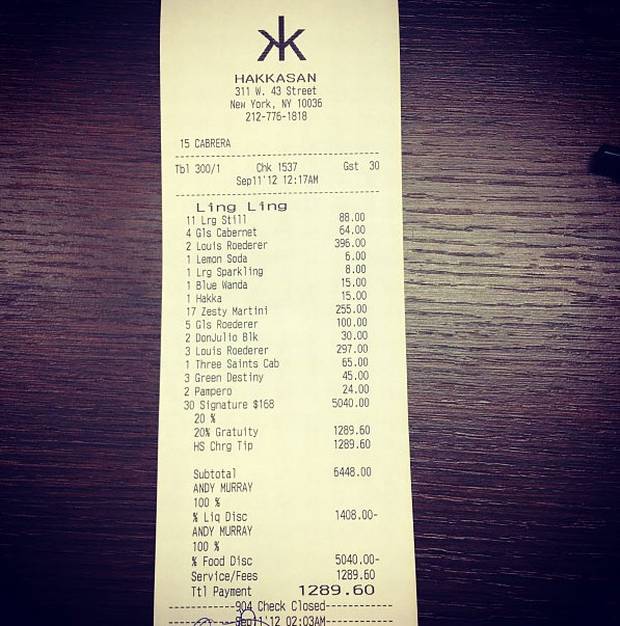 Here's a receipt (click to embiggen) from Scottish tennis champ Andy Murray's dinner at Hakkasan in New York City, where he celebrated winning the US Open with pals. Murry and company apparently showed up as the restaurant closed but no matter: they were not only served but had almost their entire bill comped. A Hakkasan server told the New York Post, "[The restaurant does] that all the time. For them, it's just good publicity."

The actual bill would have come to about $6,448 plus tax and tip, but the tasting menus and drinks (including a couple $200 bottles of champagne and a handful of $15 "Zesty Martinis") for the table of 30 were provided on the house. The party paid the $1,289.60 tip. And as for Murray himself? The tennis star only drank a $6 lemon soda.