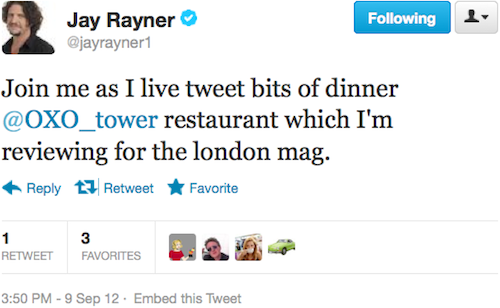 British restaurant critic Jay Rayner is reviewing London's Oxo Tower Restaurant for the November issue of the London Magazine, and decided to live tweet his experience there last night. Spoiler alert: it did not go well. Highlights included the three times Rayner asked them to stop rushing his table (a server admitted to trying to turn it), the entrees that were "square plates of meh" and this: "Look I know you're watching the paralympics closing ceremony. But theres a real world out there of mistimed cocktails + £30 mains." There is indeed.

Perhaps you recall the time Chicago's Steve Dolinsky live tweeted a disappointing meal at Charlie Trotter's, only to find himself kicked out of Trotter-mentee Graham Elliot's restaurant a few months later. So, is it acceptable for critics to live tweet bad meals? Or, as Elliot said at the time, is it "egregiously over the line"? Either way, it makes for highly entertaining reading. Below, Rayner's sad and quite expensive tale. 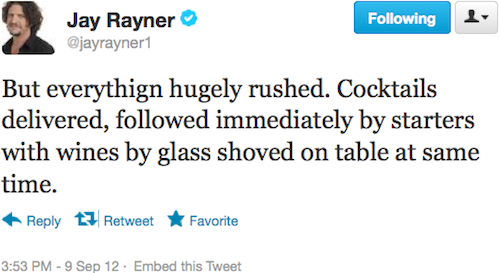 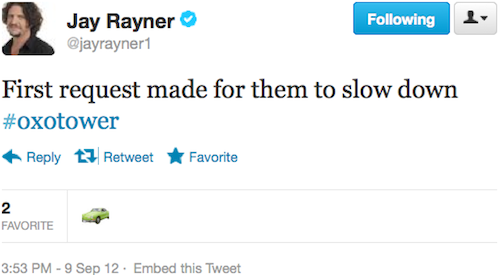 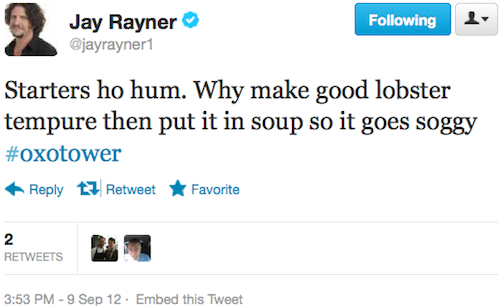 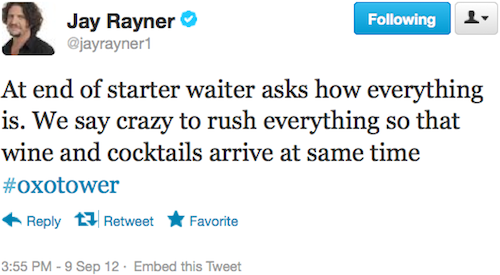 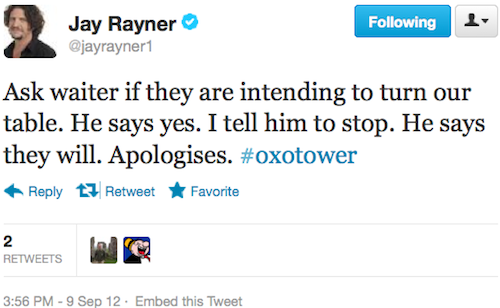 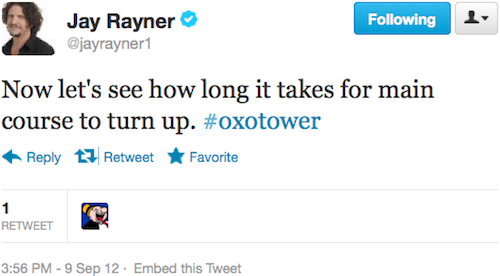 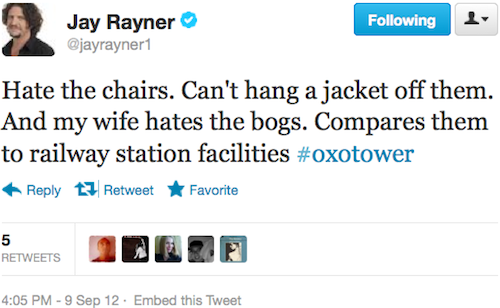 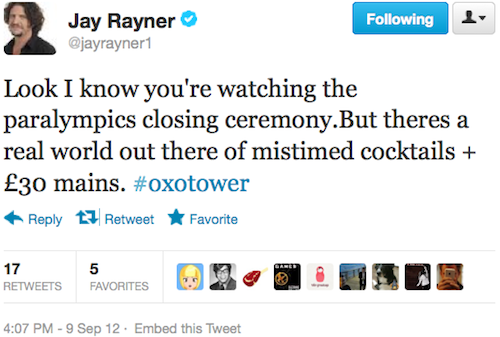 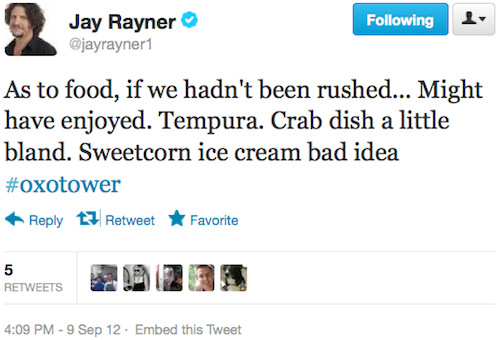 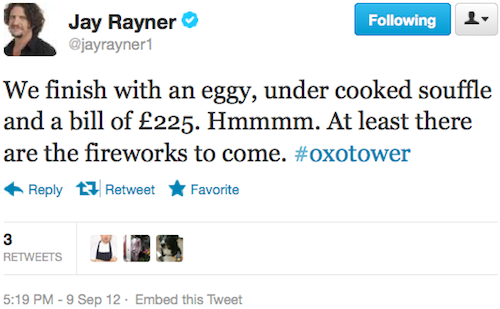 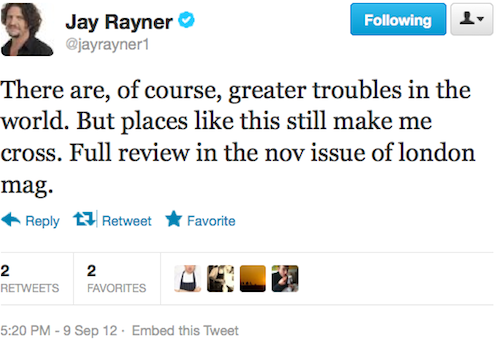 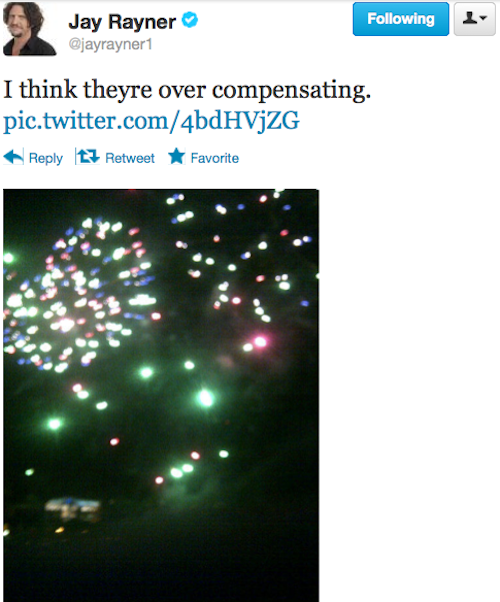