The Pros and Cons of Listing Ingredients on a Wine Label

Share All sharing options for: The Pros and Cons of Listing Ingredients on a Wine Label

Welcome to Hot Topics, in which experts chime in on an issue in food & drink. 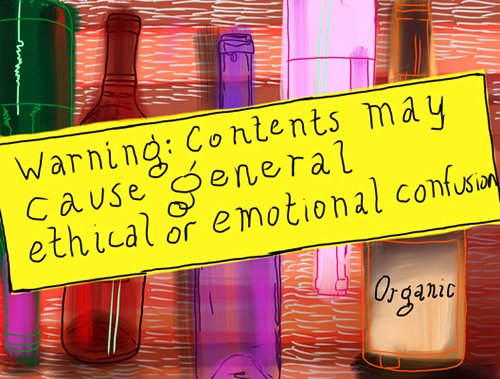 The debate about whether wine, like most food products, should include a list of ingredients on its back label rages on. Last Friday, Eric Pfanner filed a piece for the New York Times about a new law in the European Union that enables producers to label their wine "organic" instead of "wine made from organic grapes," bringing up the debate, yet again, about what organic means when applied to winemaking. In other words, which additives and practices are permitted and in what amounts?

Beyond organics though, there has been a longstanding discussion around listing which ingredients a winemaker uses in producing his/her wine on the bottle's back label (of which there are 59 permitted in the European Union and quite a few more in the US) . Many are for this sort of transparency, while others are worried that it could unnecessarily unnerve consumers who have little knowledge of what these ingredients are. In order to get an idea of how this might affect different parts of the industry, we spoke with an American winemaker, a sommelier, one person on the importer/distributor side, and one retailer to get their perspective on the issue. 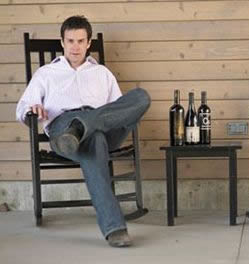 Are you for or against listing the ingredients added in the production of wine on a bottle's back label? I don't have a problem listing ingredients, but I am positive there will be misconceptions about the ingredients. At Gramercy we use cultured yeasts, malolactic bacteria, nutrients (such as nitrogen) and vitamins for fermentation. Sulfur is used for stabilization. The regiment is designed to ensure clean and strong first and secondary fermentations and to protect the wine as it ages. I do think many wineries are afraid of the perception of the long list of additives they would have to list on the label. Is it wrong to use these additives? I could absolutely debate it both ways. But what is the goal: A more natural wine or a better tasting wine?
A common argument against this is that it isn't worth risking unnerving people (and potentially cutting into sales). Do you think that's a valid concern? Absolutely. Look at the misconceptions with sulfur. We constantly have people asking about the sulfur content of our wines in the tasting room. But most have no idea that tomato sauce, many fruits and vegetables, processed foods, and seafood have far more sulfur than the average wine. All they see is a warning sticker, but not real information. However, I could also debate that people still buy processed foods with tongue twisting ingredients.
What impact do you think this would have on winemakers?
I would say that it would push winemakers to really think about each and every additive they use. Most consumers don't have a clue how many additives a large majority of wines contain. This would definitely be pulling back the curtain on the wizard. But again, if the additives make better wine, is that wrong? We chose not to use most additives, as I stated before, but I do fault others for using them? No. I do, however, fault them for lying to the consumer when asked.
[Photo: Gramercy Cellars] 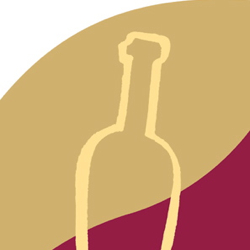 Do you think the risk of unnerving people with ingredients they're unfamiliar with is a valid concern?
The FDA has had a pretty rigid labeling standards for prepared food for a while now, and it hasn't stopped folks from making poor diet decisions. In fact, no information proliferation strategy has been successful in stopping this trend. When it comes to wine, it would have an impact, but not likely a powerful one. The bulk of wine drinkers are still going to drink the brand they are loyal to, regardless of what the ingredients say. The folks that are really into wine are already doing the research and have made their decisions based upon what they've learned. The folks that are at risk to be influenced by the ingredient listing are people who drink fine wine (wines that cost more than $20 retail), have a cursory bit of knowledge, and don't care to learn much more.
What impact do you think this would this have on the wine industry?
The positive impact of such labeling is that it might get people more interested in how wine is made and where it comes from. A negative impact would be if a generally acceptable ingredient could be vilified and wine makers are forced to change their style/techniques to sate market demands, but possibly to the detriment of the quality to the wine.
Do you think it would change the way sommeliers and retailers buy wine?
Yes. Dogma is dangerous and this type of labeling could help reinforce it. For example, someone could be told (and this line of thinking is more and more prevalent) that cultured yeasts are a "bad" ingredient. That person could then taste two wines that have cultured yeasts listed on the back label, dislike them, and incorrectly conclude that it was the cultured yeasts that made the wines disagreeable. Similarly, if we were to label the residual sugar levels of all of the German wines we sold, you would invariably get people who will taste a bunch of kabinetts and conclude that anything over 40 grams of sugar per liter is just too much and can't be balanced. There are quite a few problems with that line of thinking, but the most disconcerting is that when it comes to wine, it's not as if there are sometimes exceptions to the rule, it's that there are almost always exceptions to the rule. 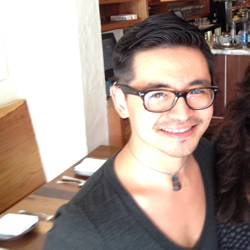 Are you for or against listing the ingredients on a wine bottle's back label?
I'm all for accessibility and providing context for a guest experience, especially as it pertains to beverage choices. I'm not sure, though, that a requirement for labeling is the most effective way for producers to communicate with consumers.
Can you see it having an impact on the way you source wine?
From a sourcing wine perspective, I'm always on the hunt for wines that tell great stories — the stories of impassioned farmers, workers, producers, artisans. And the best source of this information is the grape grower and/or the winemaker. Will labeling requirements distill a winemaker's vision into an articulate and informative narrative? I have my doubts that it will effectively convey a vision behind what these producers are offering. With the advent of the internet, many emerging winemakers have the opportunity to educate individuals in a different way. That, I think, provides greater information than a list of ingredients ever will. Will reading a back label listing ingredients impact how I make choices? I'll take the information under consideration. But ultimately, as you and I know, the deciding factor for any wine is in the glass itself. Is it delicious? Do I thirst for a second glass (or bottle)? Why are chills running down my back?
[Photo: Vinny Eng] 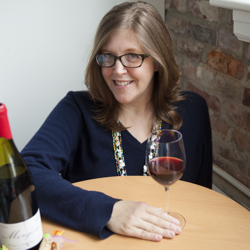 Are you for or against listing the ingredients on a wine's back label?
I'm neutral. If it's there, I'll certainly be spending more time educating my customers about what it all means. But for those who are interested, I'm already having that conversation.
Do you think the potential concern of an ingredient list scaring people off is a valid one?
Some people pay attention and many don't. It's definitely a major concern for certain producers; if I were trying to pull off the romantic image of a high-priced, small-batch wine that's actually made to a formula, I probably wouldn't be too happy about revealing my ingredients.
If this were required, what impact would this have on the industry?
It will open up the conversation about wine and how it's made. And this is a conversation that will bring more focus to smaller production wines and how they differ from what you typically find on a large supermarket shelf.
Do you think the proliferation of different certifications — biodynamic, organic, smaller groups that claim to be sustainable — is helping or hurting the consumer?
I really don't think it helps. As long as so many wineries working in the spirit of these certifications choose not to pay up for the logos (for both financial and philosophical reasons), it's not going to help much. Customers who buy based strictly on these certifications are going to miss out. But those who really care ask questions and have a retailer they can trust are going to get more for their money.
[Photo: Jenna Bellizzi]