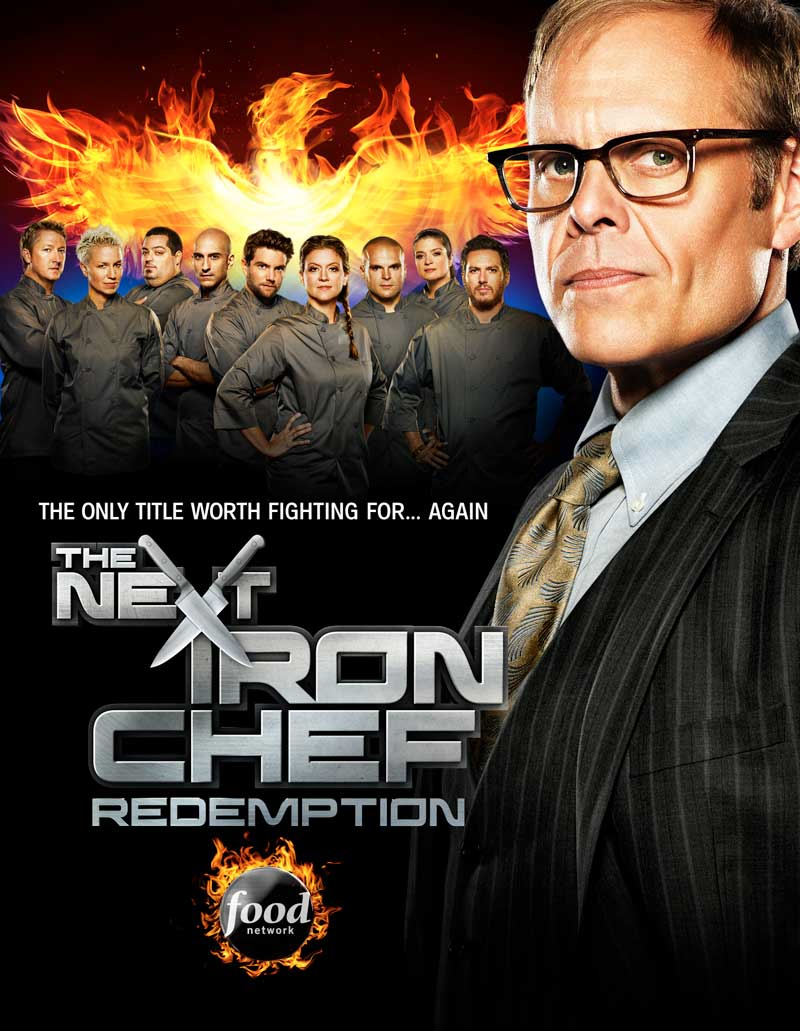 Hey there fans of the same chefs that are always on TV, does the Food Network have the show for you. Season five of the Next Iron Chef is called The Next Iron Chef: Redemption, and by redemption that means bringing in people from seasons past. The fate of these chefs is to return every year until they finally win. Here's the lineup: Nate Appleman, Amanda Freitag, Eric Greenspan, Jehangir Mehta, Elizabeth Falkner, Alex Guarnaschelli, Spike Mendelsohn, Tim Love, and Marcel Vigneron. What, no Marcus Samuelsson? Also because it's trendy, there'll be an online component to figure out who will be in the tenth slot. The people duking it out online are Duskie Estes, Robert Trevino, Lee Anne Wong, and Madison Cowan. Alton Brown returns as host; the show premieres Sunday, November 4th.

NEW YORK - August 7, 2012 - Food Network reveals the cast for returning primetime competition series The Next Iron Chef: Redemption with a roster of elite competitors, most returning for a second chance at the ultimate culinary title. The fifth season is all about redemption, with many cast members taking another shot to prove their skills are Iron Chef-worthy, along with some newcomers who have their own redemption stories. The cast includes: Nate Appleman, Amanda Freitag, Eric Greenspan, and Jehangir Mehta from The Next Iron Chef: Season Two; Elizabeth Faulkner, Alex Guarnaschelli and Spike Mendelsohn from the cast of The Next Iron Chef: Super Chefs; and first-time Next Iron Chef competitors Tim Love and Marcel Vigneron. Premiering on Sunday, November 4th at 9pm ET/PT, Alton Brown will again host this 8-episode, top-rated series, which recently completed production in Los Angeles and Las Vegas.

The tenth slot will go to the winner of a web-exclusive competition taking place on FoodNetwork.com, the four chefs taking part in the web battle are: Duske Estes and Robert Trevino, who have previously competed on The Next Iron Chef, and newcomers Lee Anne Wong and Madison Cowan.

In The Next Iron Chef, the contestants bet on their culinary skills and put their reputations on the line for the chance to compete in legendary Kitchen Stadium. The winner will join the ranks of chefs including Bobby Flay, Marc Forgione, Jose Garces, Masaharu Morimoto, Michael Symon and Geoffrey Zakarian as a member of the Chairman's team on Iron Chef America.

The Next Iron Chef is produced by Triage Entertainment in conjunction with Food Network and is based partially on the format Iron Chef owned by Fuji Television Network, Inc.