Share All sharing options for: Curtis Duffy's Grace, Behind the Scenes, Part Two

In this second installment in a series of exclusive behind-the-scenes articles, Bonjwing Lee (author of the blog the ulterior epicure) talks with chef Curtis Duffy, who is currently working on opening his first restaurant, Grace (see part one). In the article, Duffy takes us inside the space and reveals, for the first time, the floor plan and details about the interior design.

When we last left Curtis Duffy a few months ago, construction was just beginning at Grace, then a brick shell on West Randolph Street in Chicago's upwardly trending West Loop district. But photos that general manager Michael Muser have sent to me over the past couple of weeks (some of which you see below) show that the build-out is taking the restaurant towards its targeted opening date, sometime near the end of October. There have been quite a few changes to the interior design since my virtual tour of the space on Duffy's iPad earlier this year. 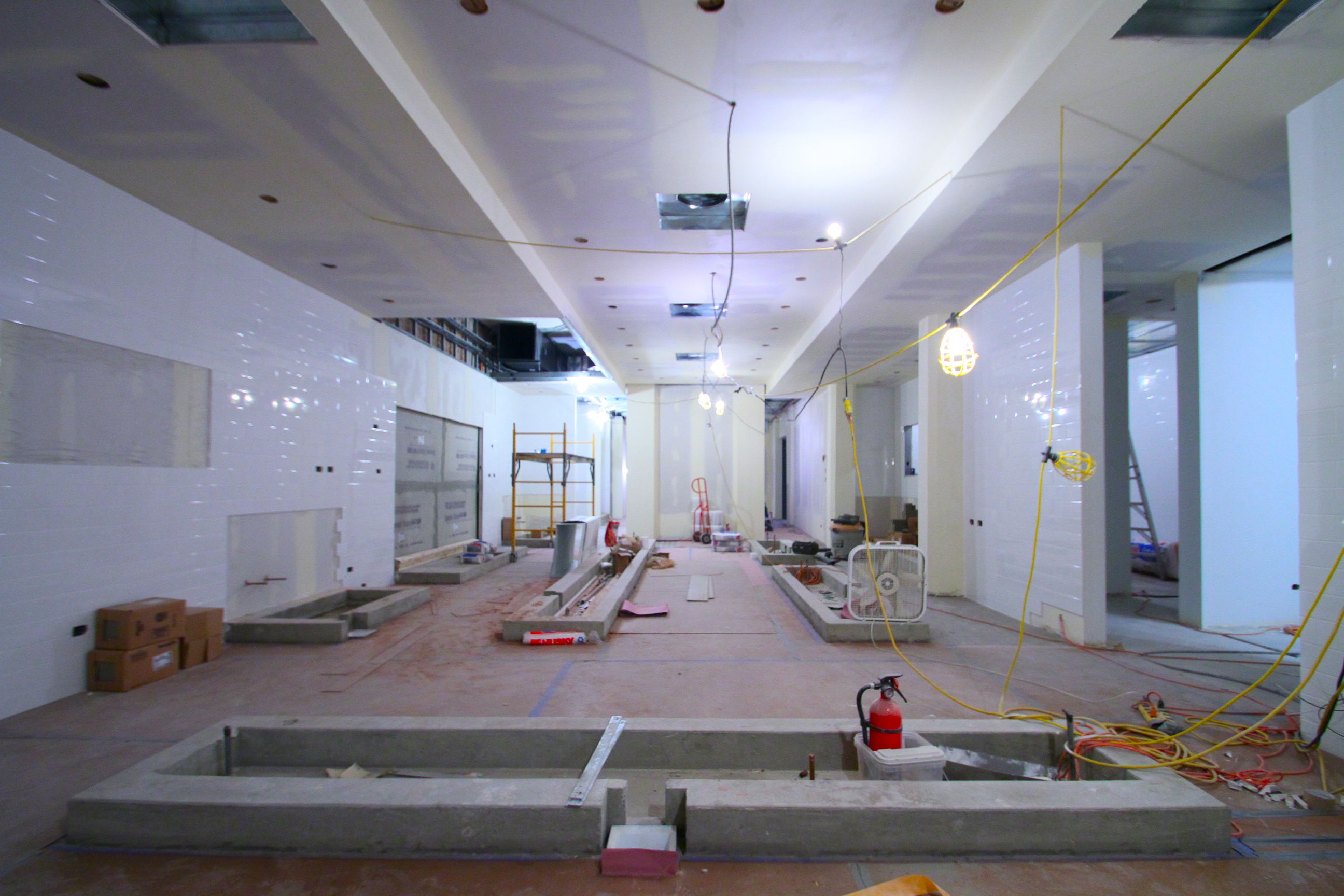 The original design for the lounge, for example, has been entirely scrapped, its space-age sleekness deleted in favor of comfort. But you won't be lingering over a meal at this bar. There will be no food served here — at least not during the first few months of service — only a dozen or so mixed cocktails and a wine list focused on whites and Champagne. This lounge is designed more as a pre-meal hangout.

The private dining room, which had a view of the kitchen, will now actually be private, separated by frosted glass. It will still seat ten to twelve people, and require a minimum dollar amount for a reservation.

If you want to see what's happening in the kitchen, you'll want to sit in the main dining room, which will accommodate up to sixty-two covers. There, diners will be able to admire Duffy's workspace through a glass wall. Lined with white subway tile, white marble countertops (the move away from stainless steel is another recent change) and trimmed with brown-ash woodwork (an extension of the design motif in the dining room), the kitchen is turning out to be quite the showpiece. So are the bathrooms — all four of them — each of which will evoke a different season, using different colors and textures. Each will be outfitted with a custom-made sink and a different toilet. They'll be unisex, of course, so you can rotate through the whole year in the course of one dinner, if you're ambitious. 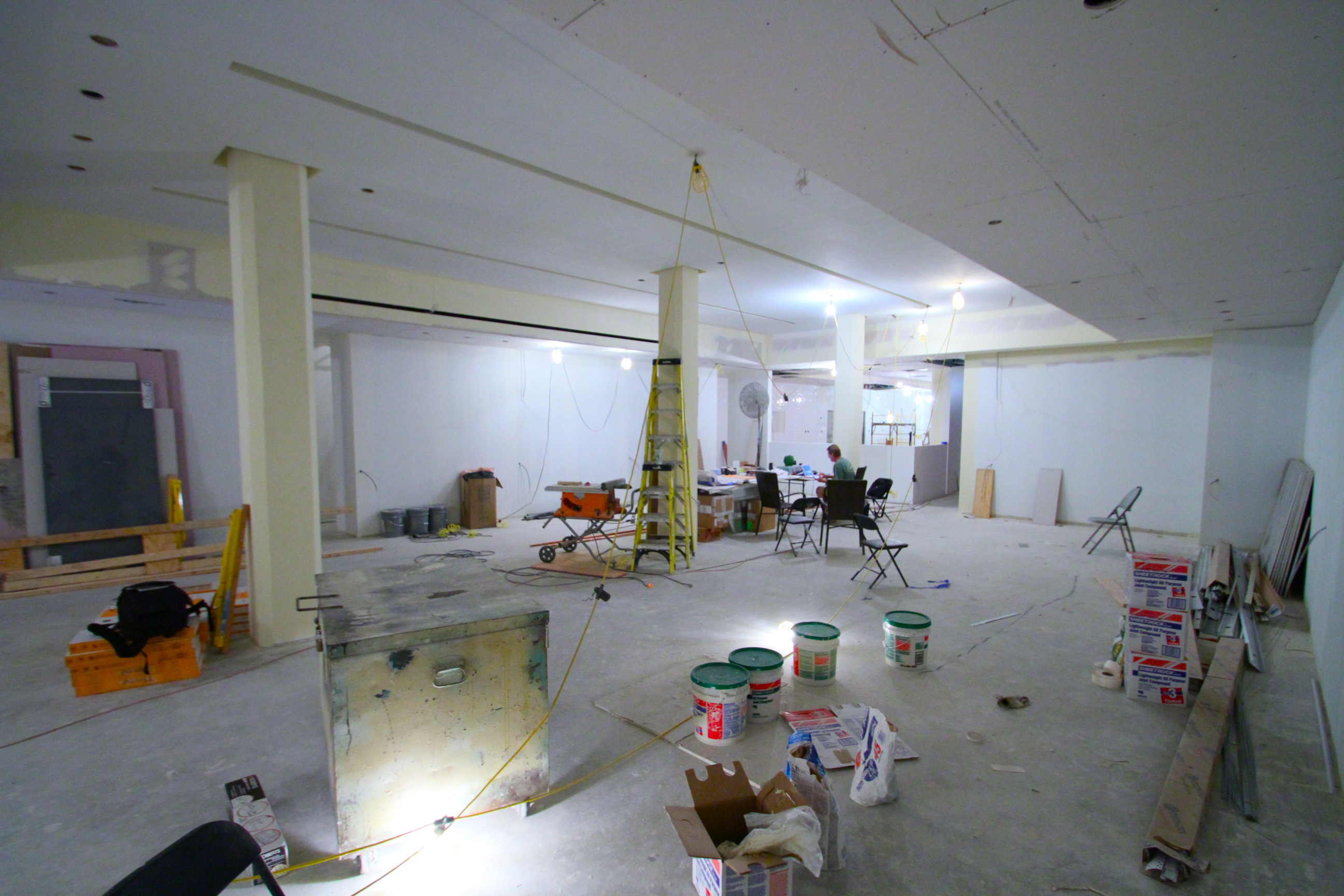 Altogether, there are 4,500 square-feet on the ground level to build out (this includes the kitchen, the dining room, lounge, and private dining room), and an additional 3,000 square-feet below, which comprise employee locker rooms (his and hers), wine cellars (red and white), and a library and lounge for the staff.

The attention to detail required to fill such a large space seems mind-boggling. The chairs in the dining room are custom-made, upholstered in hand-stitched leather (they're off-white with grey trim). The lighting system is state-of-the-art, with presets and preferences that can be triggered with one touch. There's carpet to be laid, music to be listed, and linens, flatware, and china (at least thirty different patterns) to be coordinated.

And, of course, there is a menu to be written, refined, and tested. There will be a prix-fixe and a tasting menu, maybe two, Duffy allows. But he won't say more. We'll have to wait. 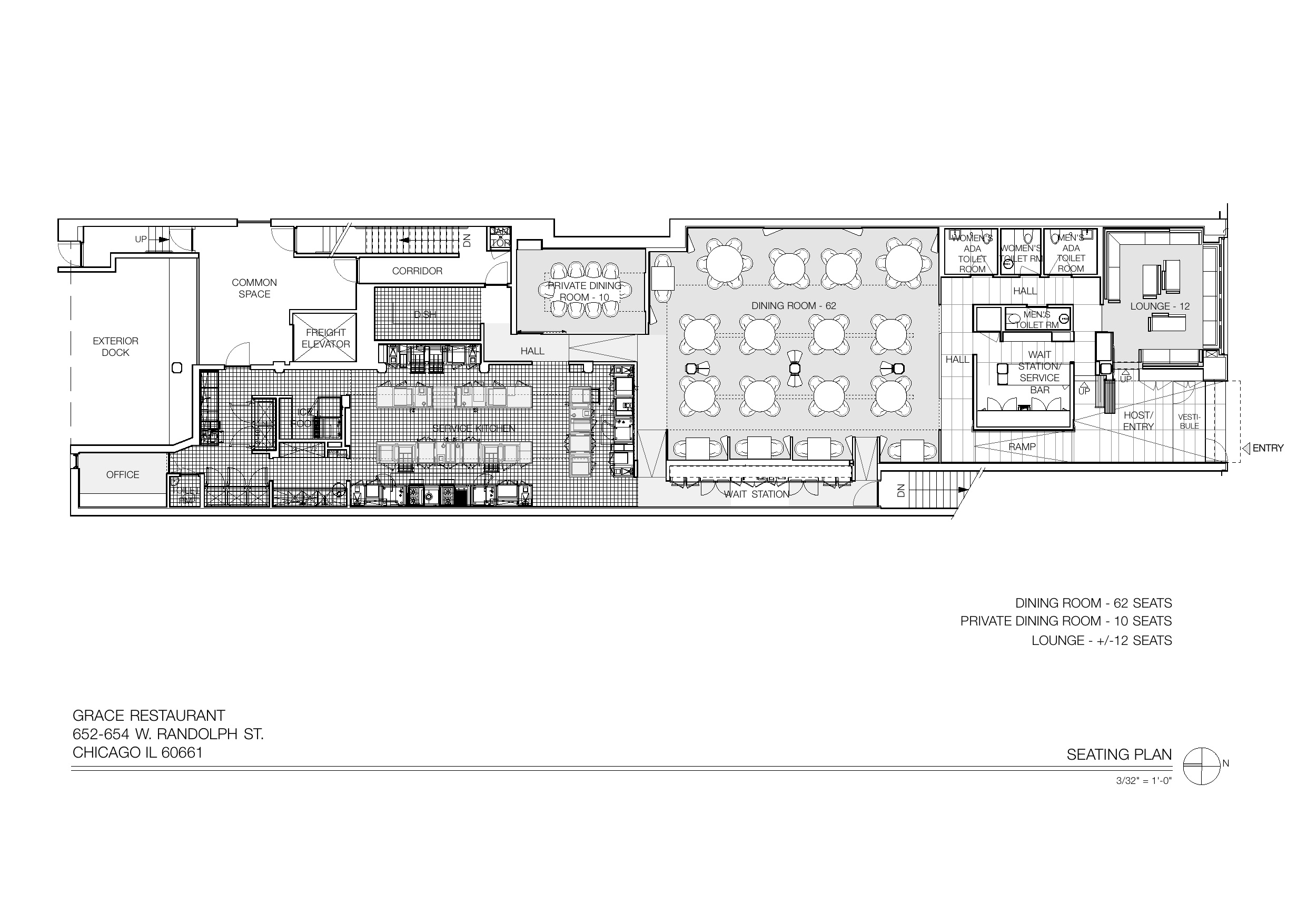 Beyond all the nuts and bolts — literally — of building a restaurant, what is the biggest challenge Duffy faces? Besides creating luxury with a budget, it's hiring personnel, says the chef. While most of the cooks who will work at Grace are coming with Duffy from Avenues at The Peninsula, which closed last year after Duffy resigned, he and Muser are still sifting through stacks of applicants to fill the remaining positions, which include nearly the entire front of the house staff.

Normally, with a restaurant in operation, potential employees can be observed and screened during a stage, or a trial work period. But opening a new restaurant requires Duffy and Muser to hire based solely on referrals and resumes. "Even if a cook or server comes with solid credentials and recommendations, they may not mesh well with the culture of a restaurant. We not only want competent — excellent, actually — personnel, but we need employees who understand and fit our restaurant's personality. That's true for any chef and restaurateur," Duffy says.

In the next installment, we'll be talking with general manager, Michael Muser, to find out more about the administrative side to opening Grace, including forming a reservation policy, training servers and staff, and creating the restaurant's personality and goals.

· Curtis Duffy's Grace, Behind the Scenes, Part One
· All Curtis Duffy Coverage on Eater [-E-]