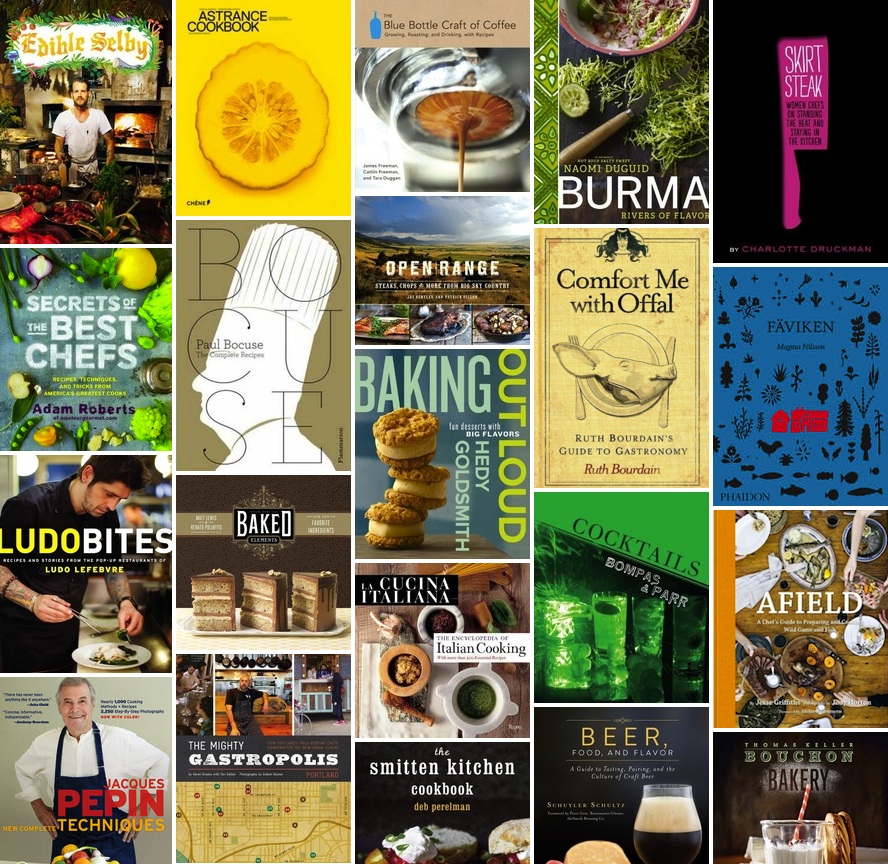 So what's new for Fall? The big news is pastry chefs are getting their due: not only is Thomas Keller releasing a stunning Bouchon Bakery cookbook, co-written by pastry chef Sebastien Rouxel, but there are also books coming out by Hedy Goldsmith of Michael's Genuine Food & Drink in Miami/Grand Cayman, Dahlia Bakery in Seattle, Brooklyn's Liddabit and Baked bakeries, and many, many more. Hope you have a sweet tooth.

American regional cookbooks continue to branch out beyond the South with not one but two books on the food of Portland, Oregon, many books on West Coast food, a book on Montana ranch food, and even a book on Chinese food in Minnesota since the 19th century. As for international trends, look for books on Southeast Asian cuisine (Charles Phan's Vietnamese Home Cooking, Naomi Duguid's stellar Burma) and lots of books about Northern African and Middle Eastern food.

And as for design trends, again there are bunches of jacketless cookbooks with super matte photos — which unfortunately often has the effect of making photos look dull and even blurry instead of edgy. Just a little gloss, please? Also, there are a whopping eight cookbooks with exclamation marks in the titles (so you know people are super excited about them) and several books with black backgrounds. The chalkboard restaurant trend has made it to the printed page. 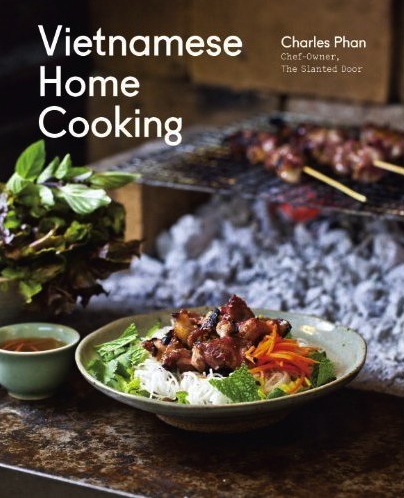 Vietnamese Home Cooking by Charles Phan.
The first cookbook from Beard Award-winning San Francisco chef Charles Phan doesn't focus on his modern Vietnamese restaurant the Slanted Door, but instead looks at home cooking. Looking for an introduction to Vietnamese cooking? This book could be it, with photo identification guide to unfamiliar ingredients and maser recipes for sauces, stocks and more.
Ten Speed Press: September 25. 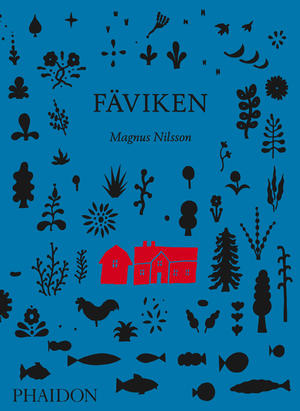 Fäviken by Magnus Nilsson.
Fäviken is a super local restaurant in the middle of nowhere — chef Magnus Nilsson's 12-seat restaurant is outside of the tiny town of Järpen, Sweden, nearly 400 miles north of Stockholm. Not only will these 272 pages from Phaidon have you learning about an entire cuisine you barely knew existed, they'll have you plotting ways to go eat there. Here's Eater's preview of Fäviken.
Phaidon Press: October 1. 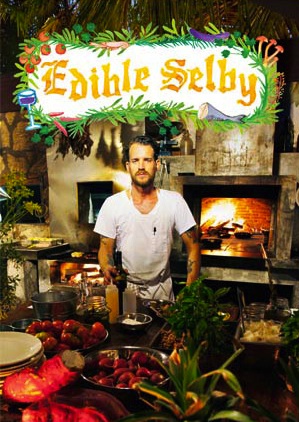 Edible Selby by Todd Selby.
Photographer Todd Selby's first book based on his Edible Selby series, in which he travels the world photographing international food world figures like Danish chef René Redzepi, Tokyo pizzaman Susumu Kainuma, and Eric Werner of Hartwood in Tulum, Mexico. The book also contains Selby's signature watercolors, handwritten questionnaires, and a recipe from each of over 40 subjects. Selby talked to Eater about the book back in March.
Abrams: October 1. 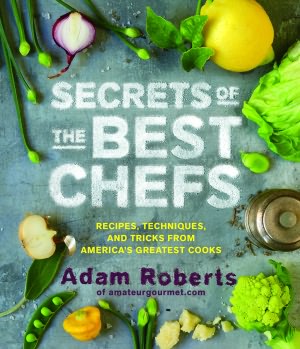 Secrets of the Best Chefs: Recipes, Techniques, and Tricks from America's Greatest Cooks by Adam Roberts.
For blogger Adam Roberts' second book, he set off across the country to learn from 50 of the country's best chefs. The people he worked with are too numerous to name here (see the full list), but Roberts tells Eater the techniques he learned from them taught him to "tackle my kitchen tasks with great ferocity and verve."
Artisan: October 9. 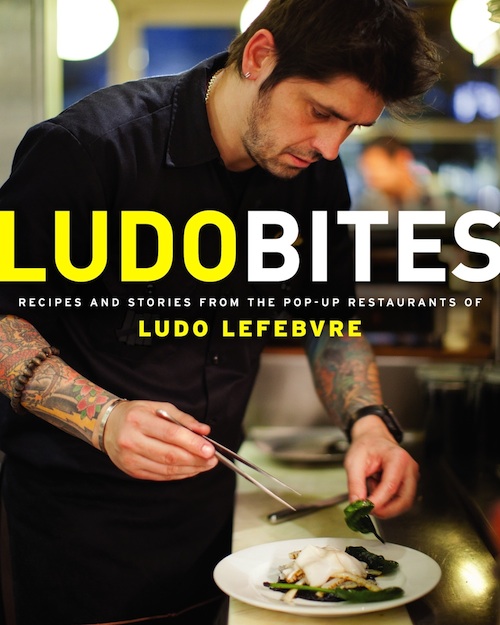 LudoBites: Recipes and Stories from the Pop-Up Restaurants of Ludo Lefebvre by Ludo Lefebvre.
While you're probably not going to be tackling chef Ludo Lefebvre's complex takes on foie gras (especially if, like Lefebvre, you live in California), the book will stand as an important record of the cultishly followed LudoBites pop-ups.
Ecco: October 9. 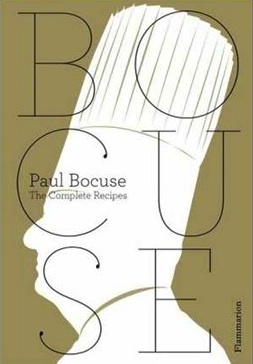 Paul Bocuse: The Complete Recipes by Paul Bocuse.
500 traditional French recipes, filtered through the kitchen of world renowned chef Paul Bocuse. If you're looking for a book to teach you the ins and outs of classic French cuisine, this may be the book for you (don't tell Julia).
Flammarion: October 30. 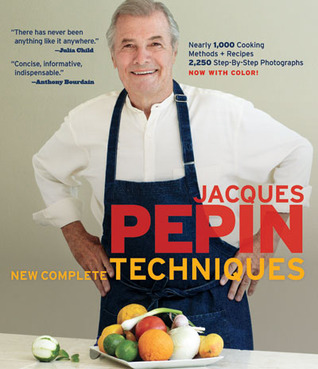 Jacques Pépin New Complete Techniques by Jacques Pépin.
Fans of Pépin's classic books La Méthode and La Technique rejoice: the master French chef has reshot all the photographs from those books for this new single volume. Everything from boning a chicken to making fancy decorative garnishes to (apparently) turning an old refrigerator into a smoker, Pépin shows you how to properly function in the kitchen with thousands of step-by-step photographs.
Black Dog & Leventhal Publishers: November 13. 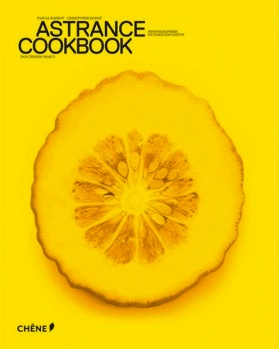 L'Astrance: The Cookbook by Pascal Barbot, Christophe Rohat & Chihiro Masui.
This is the first time Pascal Barbot has put the recipes from his three Michelin-starred Paris restaurant on paper. Featuring 50 "narrative recipes" that feature tasting notes, product sourcing information, and more, the book is an inside look at one of the world's most celebrated restaurants.
Hachette Livre Editions Du Chene: November 16. 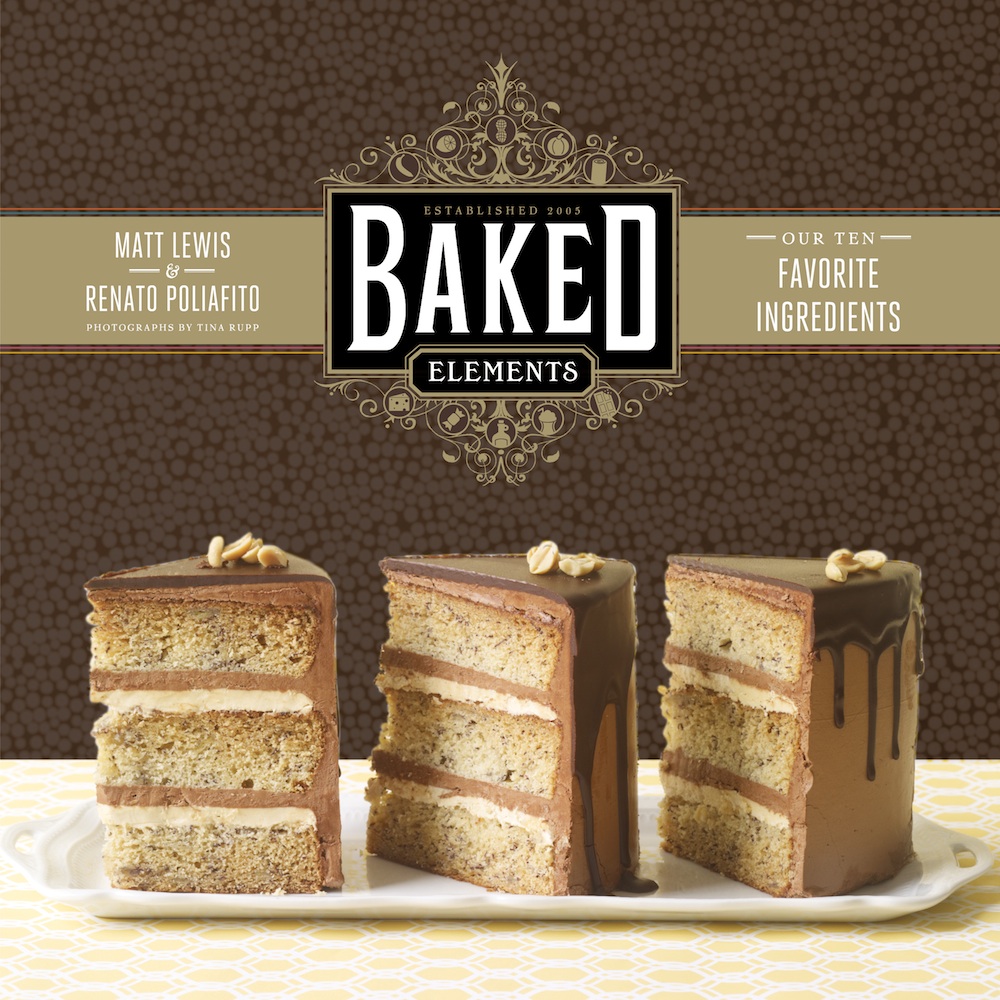 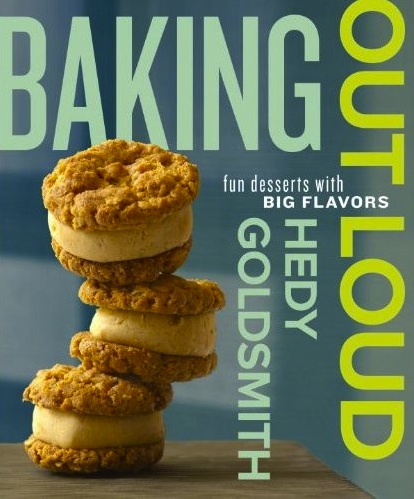 Baking Out Loud: Fun Desserts with Big Flavors by Hedy Goldsmith.
Hedy Goldsmith, executive pastry chef for Michael's Genuine Food & Drink in Miami and Grand Cayman, is known for the bold flavors showcased here in Baking Out Loud. The 80 recipes include Goldsmith's take on childhood favorites like Pop Tarts, Oreos, Twinkies and Snickers — but don't be fooled into thinking these sophisticated recipes are just kids' stuff.
Clarkson Potter: October 2. 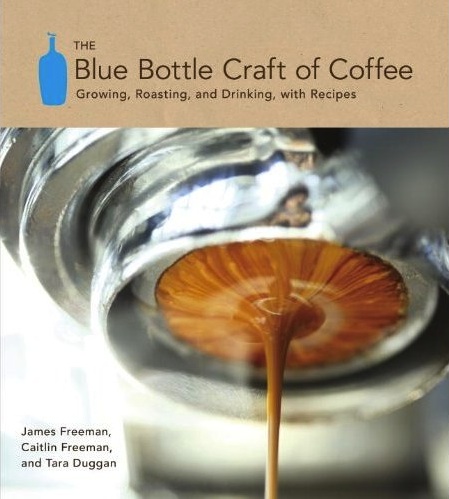 The Blue Bottle Craft of Coffee: Growing, Roasting, and Drinking, with Recipes by Caitlin and James Freeman.
Caitlin and James Freeman's Blue Bottle coffee shops in San Francisco and New York take coffee very seriously, and this book is dedicated to helping you make better coffee at home. The book features a treatise on the art of cupping (tasting coffees the same way professionals do) as well as recipes for the pastries Caitlin has developed for the shops.
Ten Speed Press: October 9. 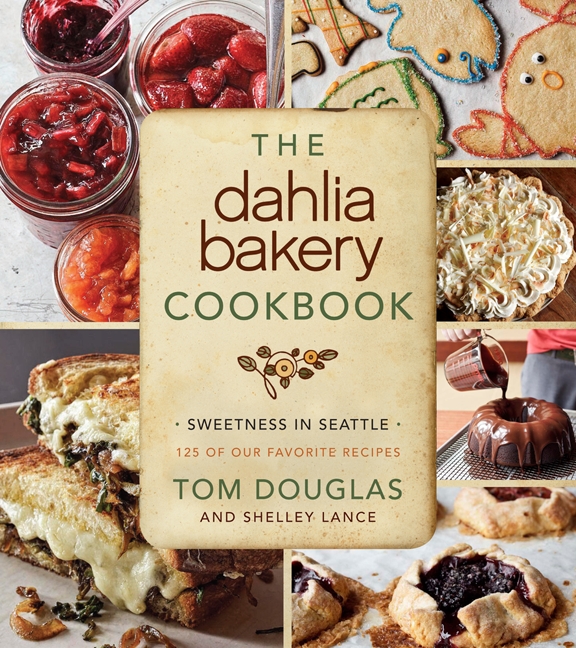 The Dahlia Bakery Cookbook: Sweetness in Seattle by Tom Douglas.
Seattle chef and restaurateur Tom Douglas focuses on the cakes, pies, cookies, and muffins of his Dahlia Bakery for this, his fourth cookbook. (His first, Tom Douglas' Seattle Kitchen, won a James Beard award.) Cross your fingers for the recipes for the bakery's famous triple coconut cream pie.
William Morrow Cookbooks: October 23. 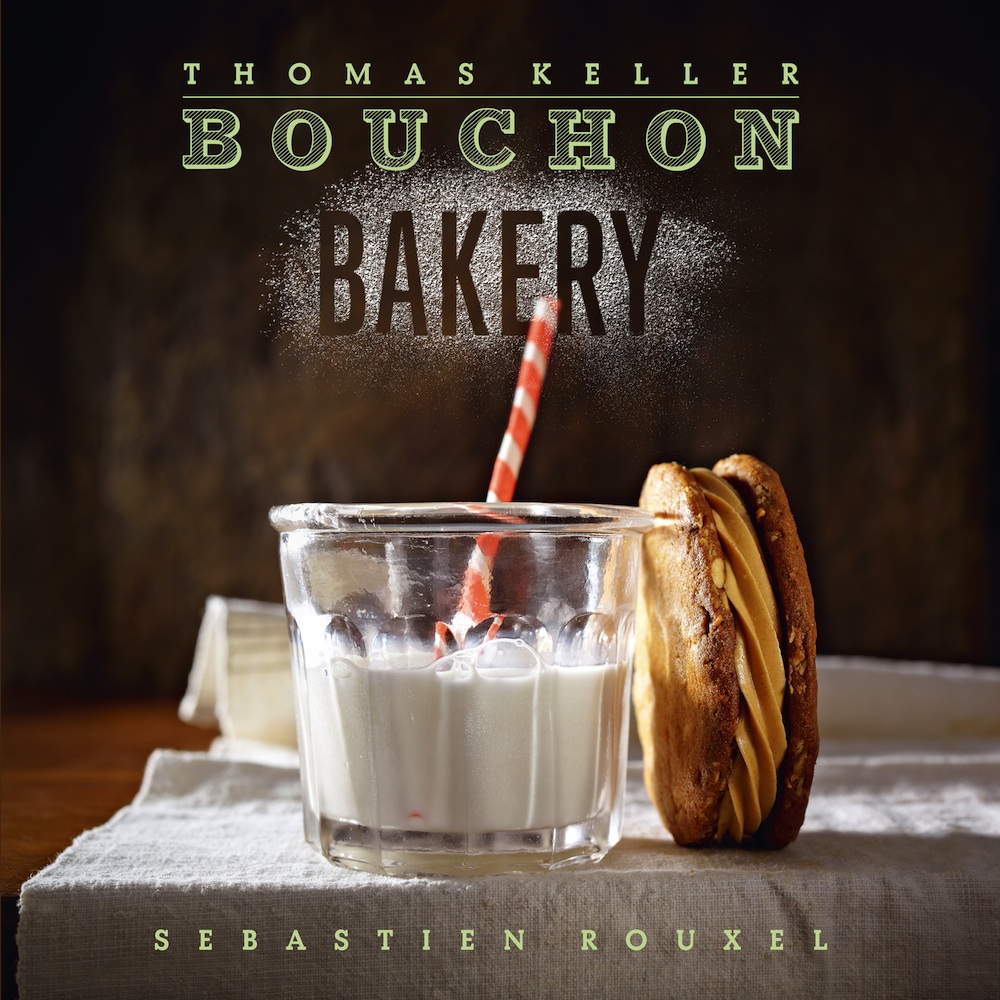 Bouchon Bakery by Thomas Keller and Sebastien Rouxel.
The release of any Thomas Keller cookbook is going to be celebrated, but the breads and pastries of Bouchon Bakery insure this volume will likely see more actual kitchen time than some of its predecessors. While it's not necessarily for beginners — there are four recipes for brioche, each suited to a different, specific purpose — the book's sense of humor and traditional techniques make this a must have.
Artisan: October 23. 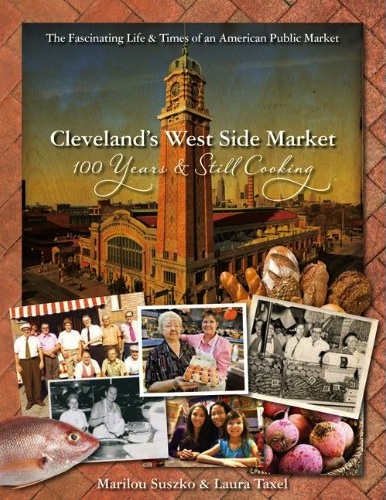 Cleveland's West Side Market: 100 Years and Still Cooking by Laura Taxel, Marilou Suszko, and Michael Symon.
To celebrate the 100th anniversary of Cleveland's West Side Market, this cookbook delves into the rich history of one of the oldest (and only) "municipally owned and operated retail food arcades" left in the US today. Expect a thorough look at the history of the region's cuisine.
University Of Akron Press: October 1. 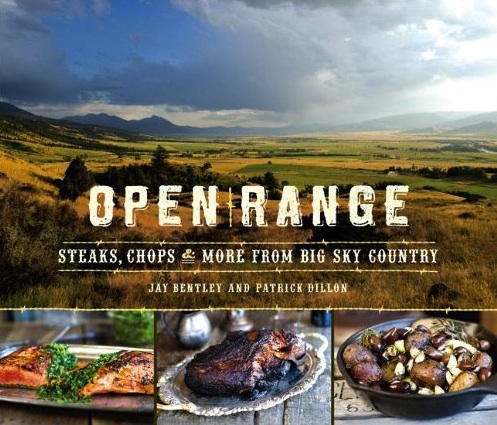 Open Range: Steaks, Chops, and More from Big Sky Country by Jay Bentley and Patrick Dillon.
Inspired by dishes from Belgrade, Montana's Mint Bar and Cafe, this book reaches deep into Montana's culinary traditions. There is a heavy emphasis on meat in the book — Montana is ranching country, after all — and venison, quail, duck, elk, fish, pork, and beef are all covered.
Running Press: October 23. 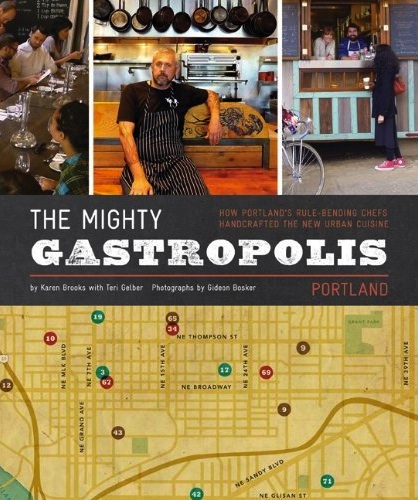 The Mighty Gastropolis: Portland: How Portland's Rule-Bending Chefs Handcrafted the New Urban Cuisine by Karen Brooks and Teri Gelber.
Here's Portland, Oregon restaurant critic and food writer Karen Brooks' guide to the best in Portland food, and an explanation of how it got that way. The book includes Brooks' top 100 food destinations in Portland.
Chronicle Books: December 19. 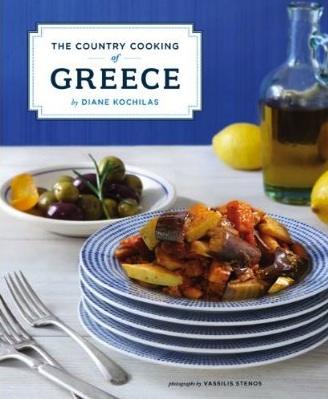 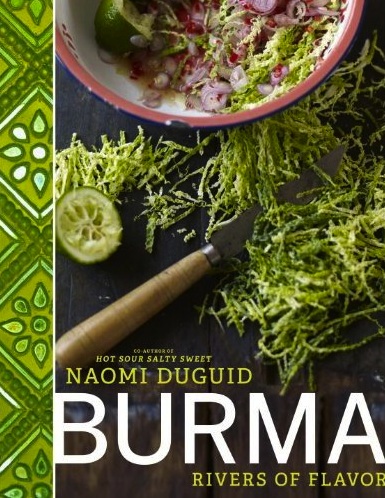 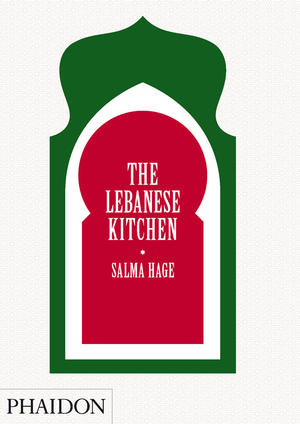 The Lebanese Kitchen by Salma Hage.
It's time for another one of Phaidon's in-depth, encyclopedic looks at a cuisine. This time around, it's the all-too-often overlooked cuisine of Lebanon, and Salma Hage shares the recipes that have been passed down in her family for generations.
Phaidon Press: October 8. 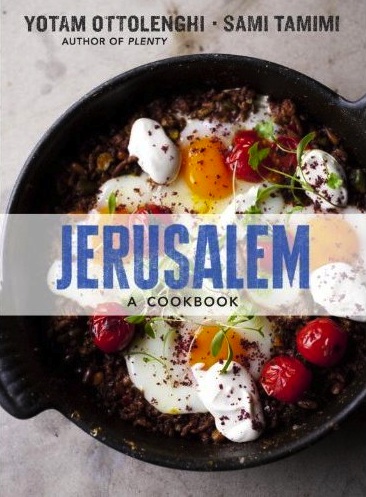 Jerusalem: A Cookbook by Yotam Ottolenghi and Sami Tamimi.
The massively popular British cookbook author and chef Yotam Ottolenghi returns to his homeland for a look at the foods of Israel. Along with business partner Sami Tamimi, Ottolenghi discusses the complex and varied foods of Jerusalem, looking to the "Muslim, Jewish, Arab, Christian and Armenian" communities for inspiration.
Ten Speed: October 16. 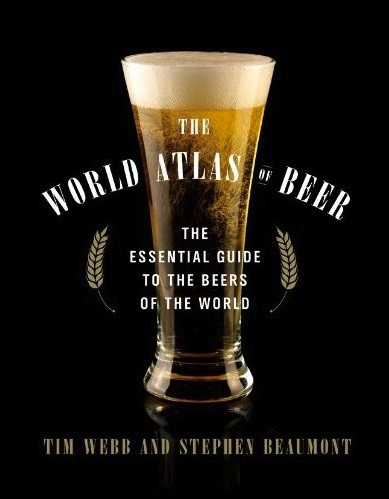 The World Atlas of Beer: The Essential Guide to the Beers of the World by Steve Beaumont and Tim Webb.
A international guide to beer (with illustrations) by Steve Beaumont (who reviews beer for Maxim.com) and British beer writer Tim Webb. Included: the duo's top 500 beers from around the world.
Sterling Epicure: October 2. 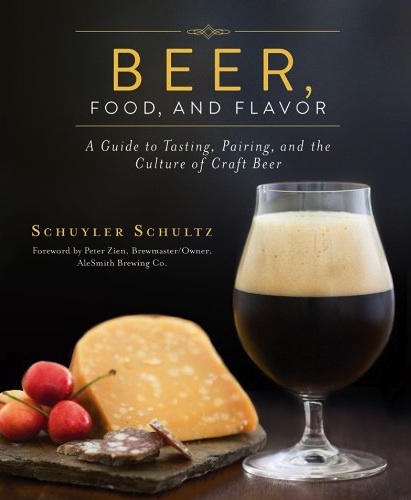 Beer, Food, and Flavor: A Guide to Tasting, Pairing, and the Culture of Beer by Schuyler Schultz.
Wine and food pairing, sure, but a beer and food pairing guide is not something you see every day. This guide shares tactics for finding the perfect beer to drink with your home cooked recipes as well as tips for navigating restaurant beer lists.
Skyhorse Publishing: October 17.' 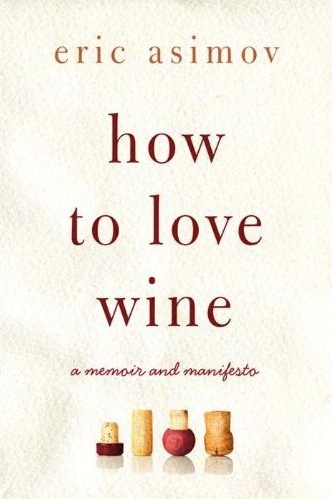 How to Love Wine: A Memoir and Manifesto by Eric Asimov.
New York Times wine critic Eric Asimov's thought-provoking memoir pulls the veil back on America's wine culture to examine the roots of our collective anxiety about wine. It's part memoir and part, well, manifesto that offers an alternative approach to understanding wine from one of the industry's biggest brains. Perhaps the most anticipated wine release of the season.
William Morrow: October 16. 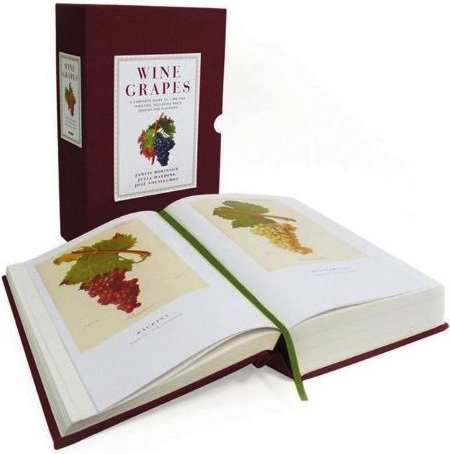 Wine Grapes: A Complete Guide to 1,368 Vine Varieties, Including Their Origins and Flavours by Jancis Robinson, Julia Harding, and Jose Vouillamoz.
While this isn't exactly a page-turner, it's definitely a game changer. Britain's top wine critic and Master of Wine, Jancis Robisnon, teamed up with grape geneticist Jose Vouillamoz to create what is essentially the King James Bible of wine grapes. The book defines and catalogs the 1,368 wine grapes currently in production, how they are related, who makes the best wines from them, and what they taste like. It weighs 6 1/2 pounds.
Ecco: October 30. 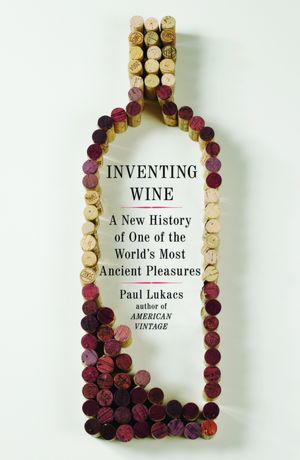 Inventing Wine: A New History of One of the World's Most Ancient Pleasures by Paul Lukacs.
Paul Lukacs has established himself as one of the top American wine historians. This isn't the first book that seeks to tackle the history of wine from ancient world to present, but Lukacs finds a fresh angle by discussing its cultural evolution from a source of nutrition to a symbol of status.
W. W. Norton & Company: December 3. 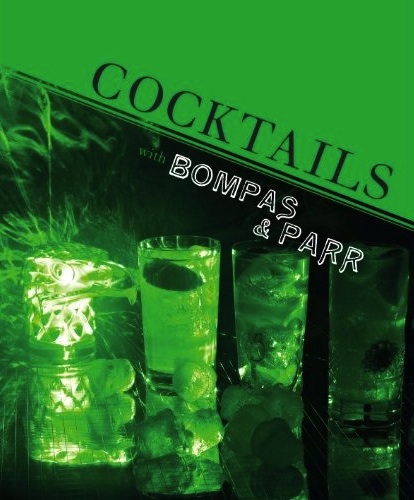