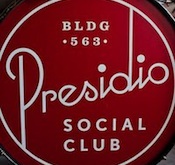 Ray Tang, the restaurateur who decided he could sell foie gras in California because the restaurant is on federally owned land, has issued the following statement to appease his landlords: "Presidio Social Club will not have foie gras on the restaurant's menu nor will it be promoted." He did not say it wouldn't be cooked or served, however. [Presidio Trust / Facebook via ISSF, Eater SF]