This Is Just an Honest Night Club Ad From Ireland

Share All sharing options for: This Is Just an Honest Night Club Ad From Ireland 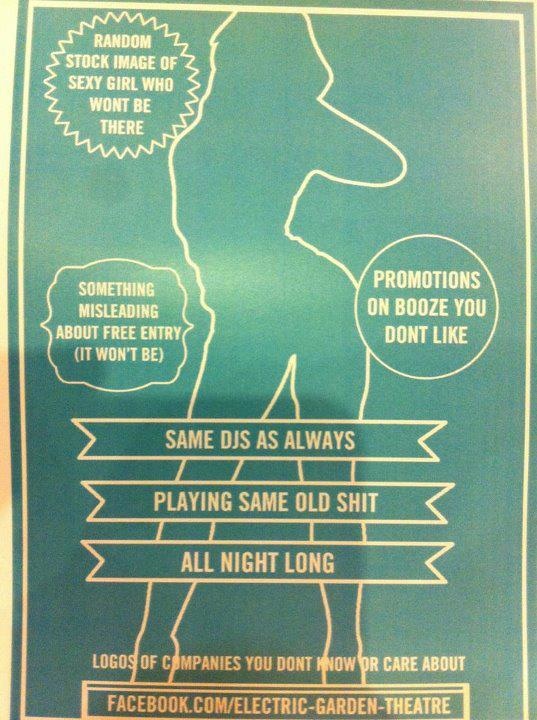 Here's an ad for the Electric Garden & Theatre nightclub in Galway, Ireland, that is not messing around (click to enlarge). The ad promises "promotions on booze you don't like," "something misleading about free entry (it won't be)," and a "random stock image of sexy girl who won't be there." Sounds like a blast?

The folks over at Reddit add that Electric Garden is playing off the stereotype of the club that occupied the space before them, and are seeking to move away from "cheap drink and trashy pop music." (One person calls Electric Garden a "hipster-heaven.") Anyway, if you're in Galway and want to hear the "same DJs as always, playing same old shit, all night long" you know where to go.