Share All sharing options for: The Temper Trap's Lorenzo Sillitto Likes His Food Poached in Champagne

Welcome to Sound Cheque, where we sit down with a band to get the scoop on their city-by-city dining picks. 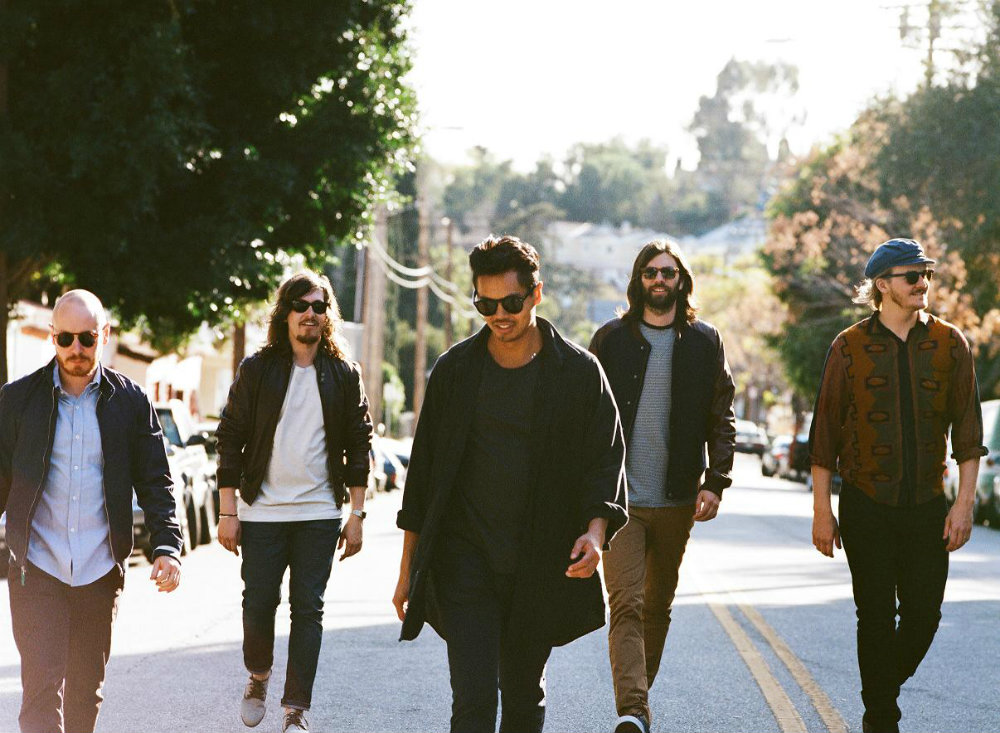 The Australian band The Temper Trap burst onto the scene in 2009 with "Conditions," an album of soaring indie rock that managed to have both a "thrilling otherness" and extremely wide appeal. Nearly three years later, they're back and launching a self-titled sophomore effort on Columbia Records; a world tour is already in progress. On the day of the new album's release, the band's lead guitarist Lorenzo Sillitto got on the phone to talk about what he likes to eat, from pricey fish dishes at London's Hakkasan to meatballs in Williamsburg.

Let's talk about food.
My whole life is guided by stomach, so I'm glad I get to talk to you.

What was the last good meal you had?
Last night I actually went to the Meatball Shop in Williamsburg, which was quite good. I was surprised because I thought it would just be a generic meatball place, but some of the sides are amazing.

What were some of the highlights?
I had this wonderful bean risotto side dish, a creamy polenta, and some white bean and carrot. Those stood out.

But the last real great meal I probably had was cooked by one of my parents.

This is in Australia?
Yeah, in Australia. The best thing is a veal pot roast that's cooked for hours in olive oil. It becomes really, really succulent. It's a classic Italian dish they'd make when I was a good. Serve it with mashed potatoes and it's incredible.

What are some favorite restaurants in Australia?
Melbourne, where I'm from, is an amazing food city and there are always great new places opening up. Australian cuisine right now, if you really want to boil it down, is like a fusion between English cooking and Asian influence and ingredients.

There's a really good place called Coda. It's kind of a cross between Italian, Spanish, and Asian cuisine, with tapas portions.

There's a place I always go to for breakfast called Galleon. They do great corn fritters with poached eggs and a sweet potato cake with hollandaise.

What about in London, where you're now based?
I love pho and Vietnamese food in general, and there are great places for that all over London. My thing in London is Lucky Chip, the burger chain that's just insane. Every week they have a burger inspired by an actor, so there's one, for example, that's inspired by Bill Murray in The Life Aquatic. That one is soft shell crab on a burger, which is kind of insane.

In general, I like to do the classic English roasts — lamb, beef, or chicken with kale — that they serve at all the pubs on Sunday. I don't have a particular favorite and just hop around. It's a good hangover cure.

At Hakkasan they do a great champagne cod. It's cod poached in champagne that has this Asian feel to it. I remember it being amazing, but I could have just been really hungry! I also love dim sum, because I grew up eating xiaolongbao with my mother nearly every weekend.

But now that I'm thinking about all of this, my grandmother made the most memorable meals.

What would she make?
The staples were brodo, the chicken and veal broth with star-shaped noodles, and ricotta gnocchi. I'm not a huge fan of gnocchi, but made with ricotta, they become lighter and really delicious. Those are some of the best memories from when I was a kid.

How well do you eat when on the road?
It may sound blasphemous, but I try to stay away from the burgers when I'm touring in the U.S. They're delicious but they really do compound around the stomach. I try to eat as healthfully as possible, and it's fine.

Doesn't sound as bad as what other bands go through.
When we first started touring, it was awful, since we had no idea about anything. But we had this one guy working for us at one point who was a roaming Zagat book. We went to this place in Boulder, Colorado, that was just in someone's house. It's called Sofia's. They did traditional Southern dishes like gumbo, and it was delicious.

Finally, do you care about the music playing in a restaurant or do you tune out?
Not really, just as long as it's not the Café del Mar chill music that a lot of places tend to play. If it's an ethnic restaurant, I really like it when they play music from that region, since it's way more interesting and enjoyable. Otherwise, all I care about is the food.