Here's an Exclusive Look at Anthony Bourdain's Get Jiro

Share All sharing options for: Here's an Exclusive Look at Anthony Bourdain's Get Jiro

Here's a look at Get Jiro, Anthony Bourdain, Joel Rose and illustrator Langdon Foss's forthcoming comic romp through our surely inevitable dystopian culinary future. Out July 3rd from Vertigo (pre-order on Amazon), the graphic novel follows sushi chef Jiro through a near-future Los Angeles as he navigates the treacherous space between dueling chef warlords: an international super chef named Bob and an Alice Waters clone named Rose. (According to early Amazon reviews, it seems some people saw a previous draft in which her name actually was Alice.)

The book is comically violent: Jiro slays obnoxious customers for requesting California rolls, and Rose tortures a chef for serving tomatoes out of season. Citizens of this food-obsessed LA wait for years to get a table at the city's hottest restaurants, and then barely understand what it is that they're eating when they get there. It's a Los Angeles full of cultishly followed hole-in-the-walls, secret restaurants, and "Holy Foods." Get Jiro, in other words, is Bourdain's not-so-subtle criticism of where our infatuation with food has turned ugly, and what he thinks is still worth fighting for. Below, several pages from the book: 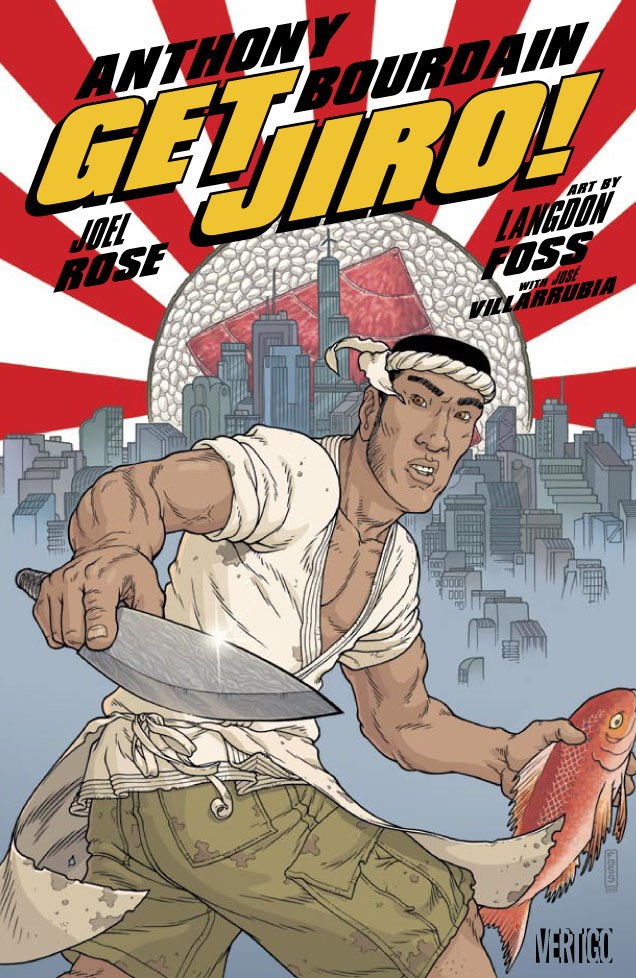 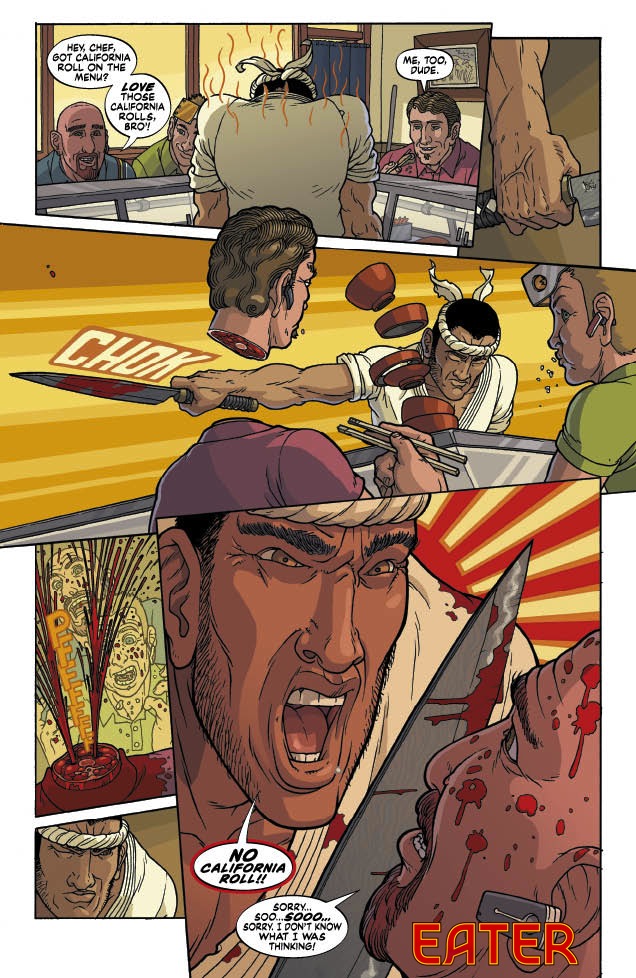 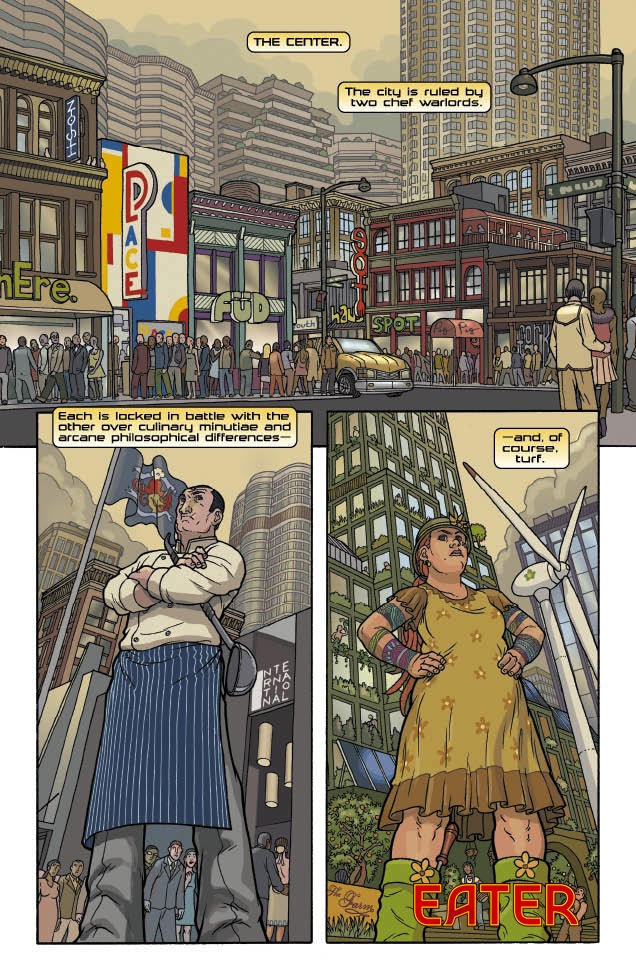 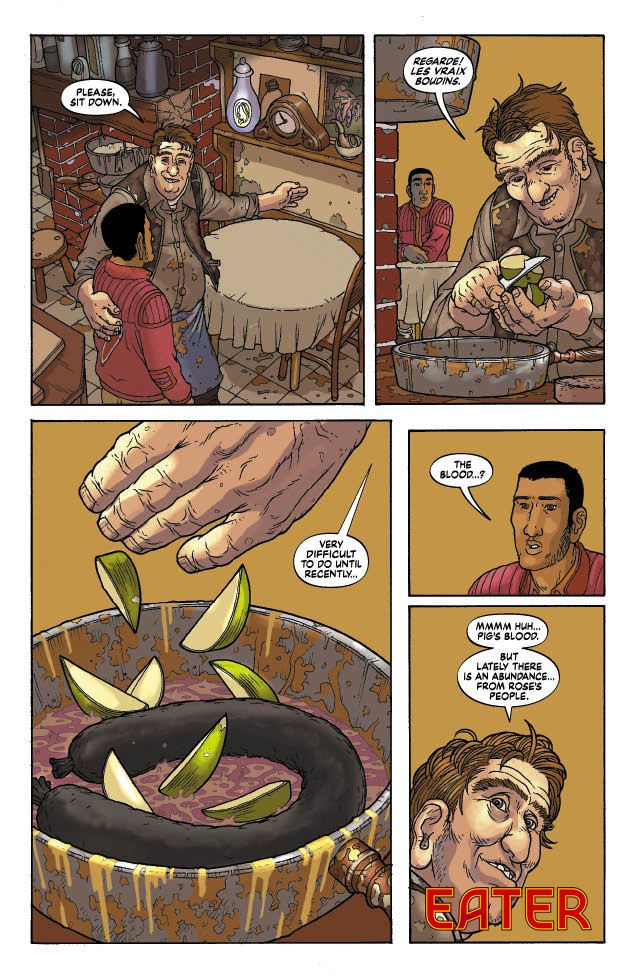 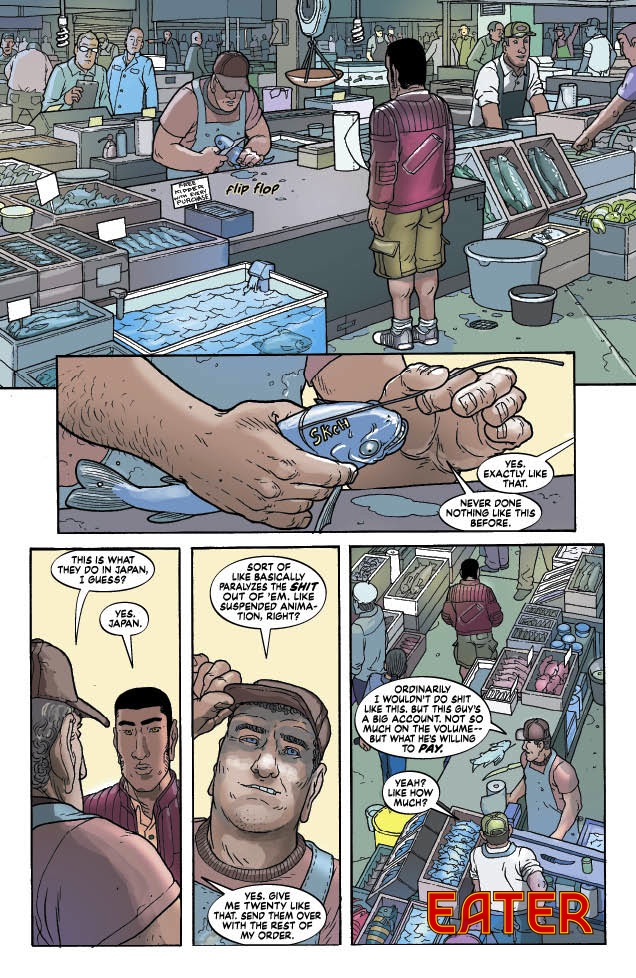 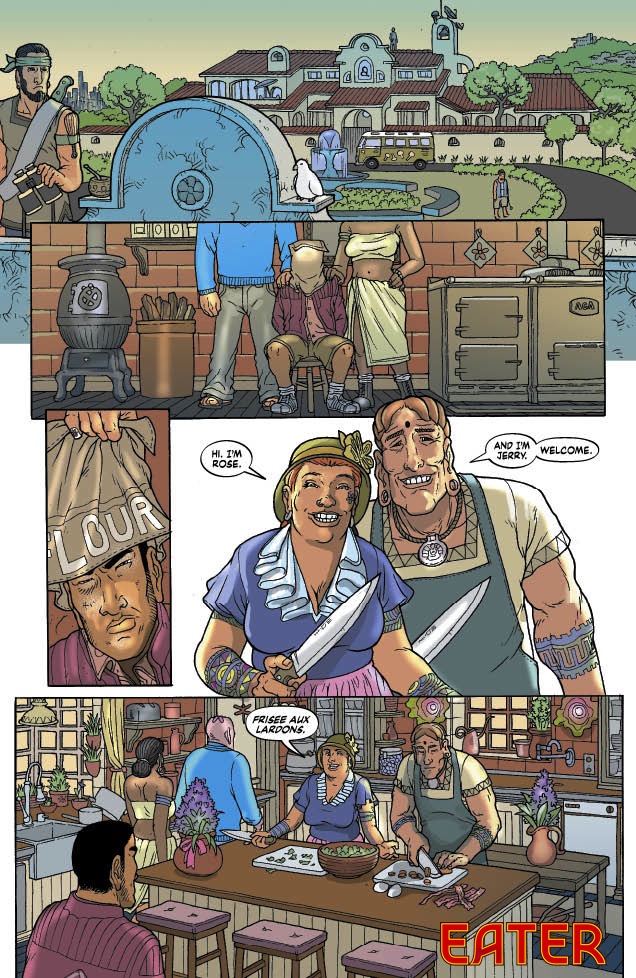 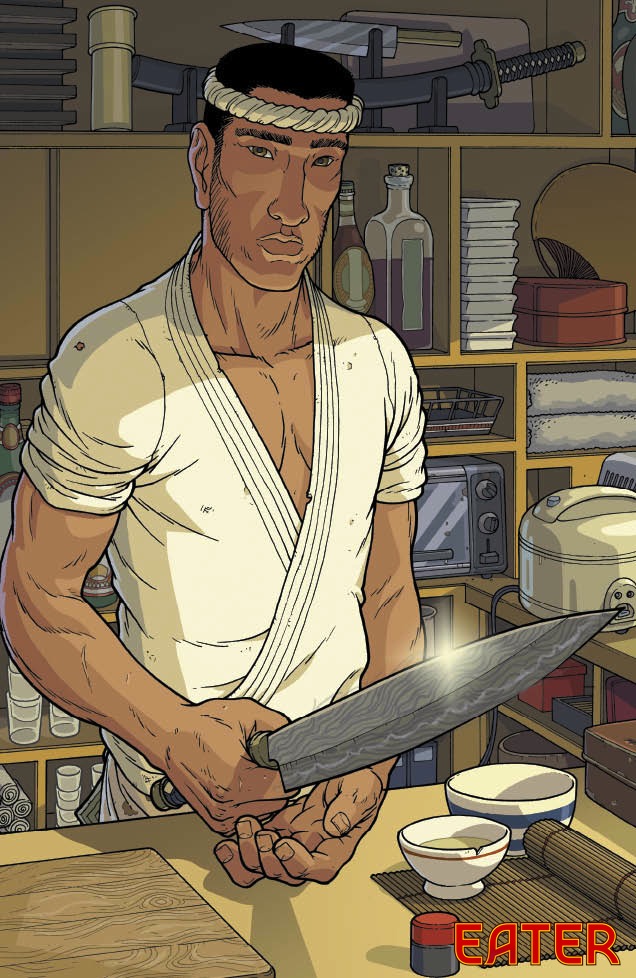