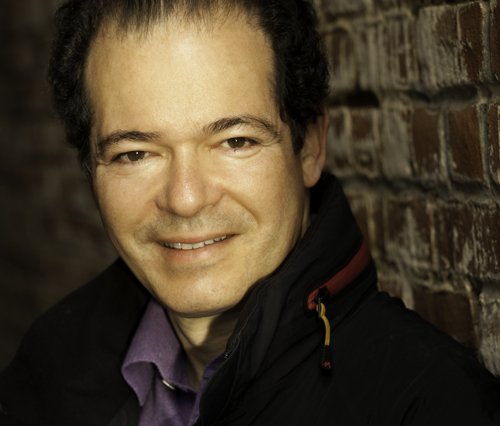 Larry Stone is one of America's most influential sommeliers. He began his career - which would take him through Charlie Trotter's in Chicago and Rubicon in San Francisco - in Seattle in 1981. In his more than 30 years in the wine industry Stone has not only run some of the country's best wine lists, but has acted as a mentor for some of the country's top talent. Here he talks about his beginnings, the future of the sommelier profession, and his return to the floor of Charlie Trotter's for the restaurant's final few months.

Let's start with the requisite "How did you become interested in wine?" question.
I was always interested in food. By second grade I was cooking pastries and candy for my friends. My father worked at Pike Place Market [in Seattle] and my mother came from a farm background in Romania. I remember when everyone was bringing peanut butter and jelly sandwiches, I'd show up with head cheese and I'd be making vinaigrette in the school lunch room with a little whisk I brought. I came from a family with culinary interests, people who sold produce and grew food and had a good knowledge of Viennese and Bohemian cooking. I learned how to evaluate food and ask questions. My mom was a great cook and she used to always review her own food and it made me appreciate how things were put together and how to evaluate food.

So wine was intertwined with your parents' love of food?
We weren't wealthy. We were working class people, but they always had wine whether it be a nice little German Riesling or Vouvray. And we had American wine too because we could afford it back then.

You mentioned before that you used to make wine from a young age? I started making wine when I was 14. The first wine I made, I bought apple juice concentrate because I knew Riesling had green apple flavors and I knew that the acid in German Riesling that made it distinctive was malic acid. But apples didn't have malic acid so I figured if I fermented the apple juice concentrate and added malic acid (and a little citric) I would I get German Riesling and I ended making something that tasted pretty good.

When did you start taking an intellectual interest in it? When I was grad school, I spent some time studying in Europe and started visiting wineries. My girlfriend at the time bought me [Alexis] Lichine's World Atlas of Wine and I basically memorized all 700-pages of it. Later, when I was doing my doctoral dissertation in comparative literature, my friend suggested I become a sommelier a couple days a week to support myself. He was studying 12th century troubadour poetry so he certainly needed a job, so he started working in a bar and heard someone needed a sommelier.

When was this? 1981. The place was called The Red Cabbage. The place was owned by a sommelier and they have another sommelier on the floor and are looking for an assistant. First the sommelier interviews me, sends me to the owner and he asks me a bunch of wine questions. I come back in a few days and he has Lichine's encyclopedia open on his desk and starts getting really obscure asking things like " Where is Amselfelder?" [a wine region in Kosovo]. The last question was "Where is Gumpoldskirchen?" I answer it and he shuts the book and says "I did a little background check on you because I couldn't believe you knew so much about wine and I'd never heard of you and I see you have ten years of your bio that's non-existent. And and I said, "I see where you're going with this, but I haven't been in jail for the last ten years, I have been in college." He looks at me and he goes "I hate ivory tower types, they're lazy." But when I told him I'd washed dishes in a restaurant for two years. He looked at me and said, "You're hired."

So when you first took this wine job, and during the years that followed, could you ever have imagined that the sommelier profession would evolve to where it is today? No. My family was in mourning when I took the job. I had been a Fulbright Scholar and they thought I was going to have some sort of illustrious career as an intellectual. So when I became a "wine waiter"—no one even knew what a sommelier was—you know ?

When did your parents start to come around? I think they saw that I was doing well and that I was happy. One time someone chartered the Concorde to Bordeaux and I was the featured speaker. When we landed we had dinner at [Château] Pétrus. I mean, it was a pretty amazing transformation from a doctoral student and Freshman English instructor to drinking 100-year verticals. The final nail in the illusion that I'd return to academia came when I won the title of the world's Best Sommelier in French Wines in 1988 in Paris. I knew then that I wasn't going back.

You've been know to have a keen eye for talent and a knack for mentoring young sommeliers. Do you feel like the mentee-mentor relationship between young and experienced sommeliers is breaking down? I think it's harder now because there are more young people who want to be sommeliers than experienced people who are already good. Many of the early sommeliers in restaurants, like Rajat Parr, were people who were working in kitchens or as food runners and would see what I was doing and get interested. They'd start coming to wine tastings. Not all of them became sommeliers, but they wanted to learn about wine.

Do you think there's less of a desire to teach among sommeliers now? I think the main thing is that there's competition among younger sommeliers. It's about money and fame now, back then it was just about wine and having grateful customers and ensuring a good business and taking pride in your knowledge and the wine. Back then we didn't talk about planning a career because there was no career as a sommelier really. It was something you liked to do and you were lucky enough to find a position. I think now you have people coming up with a career "plan" and their goal is to maybe be in the Spectator and on TV, something none of us could've imagined or thought about.

What has been the most significant change in the role of sommelier in America over the last few decades? I think the role, which is to provide info when asked and not more than is necessary and to know when to limit yourself, and to provide great wine service and entertainment. That shouldn't have changed. What's changed is that people aren't as afraid of sommeliers anymore.

Do you think there's really a chance that we'll see TV sommeliers?
No. The thing is with TV chefs, a few of them really pulled it off, like Julia Child. She was like an intellectual tomboy and was bright and witty and had a penetrating sense of people and their motives, but she was able to bring to TV a certain sense of spirit that's lacking from TV chefs today. So I don't think we have to worry about sommeliers on TV, but what we have to worry about is the profession becoming arrogant. If we do receive the amount of attention chefs do – and I don't think we will – we have to be careful not to be arrogant and remember that it's not about us, or our personalities, it's about what we do.

So you are back in the floor for the first time since the 1990s to finish out the run of the restaurant. Let's go back for a second. What was it like in its heyday? It was exciting. No one knew who Emeril was then. No one thought an American chef, an American chef trained in America, could be good. Charlie was among the first along with other great young chefs at the time like Jonathan Waxman, Larry Forgione, Bradley Ogden, who tried to raise the stature of American cooking, because back then the qualifier "American" was sort of pejorative.

You mentioned a trio you took to Paris in the early 90s? Yes. Trotter's opened in 1987 and in 1993 Charlie, Emeril, myself and Norman Van Aken, we all traveled to France. I wrote all of these letters of introduction for these American chefs coming to France and most of the restaurants didn't even respond, so I wrote twice to many of them. When we got there I'd say "Please meet these wonderful American chefs Emeril Lagasse and Charlie Trotter, who I work with," and they treated them like, "Oh, great, that's nice. Maybe one day you'll grow up and be real chefs."

That all changed pretty quickly. Yes. By the end of the decade, everyone knew who Charlie and Emeril were, and many more American chefs. By 2004, Charlie and I went to an event called the American Food Revolution in Oxford, England and the people who came to listen to American chefs about American cuisine were the top French chefs. It was quick and very powerful.

What's it like coming back to Trotter's now? The closing has sparked attention and interest and it's full almost every night. Every night is Saturday. Two weeks ago I didn't think we'd survive with the amount of covers we did. But it's a well-oiled machine and a great team, and Charlie is there getting us all whipped into shape like the old days. I know why he has to shut that place down—the intensity with which he has run that restaurant for 25-years, I would've quit, collapsed, 10-years-ago. So you're on the floor? I am on the floor running up and down the stairs five nights a week until 3am. The earliest I've been out of there is 1:30am.

Does it make you miss it?
I miss it but I wouldn't have been able to do it for 25 years. I did for five. At Rubicon it was more laid back and not as white hot and perfect, more California, but with Charlie it's intense and stressful. He always pushes you. He has that in common with my other former boss, Francis Ford Coppola, both of them never want it to be the same; if it's not challenging, something is wrong. If Charlie starts to think someone feels like they are doing their job too well, that they're comfortable ? I'd walk into the kitchen and servers would be prepping eel or doing pastry that morning before service. It'd be, like, "Oh, you want to be a professional in the culinary field? A 14-hour day isn't long enough, here's your 16-hour day."