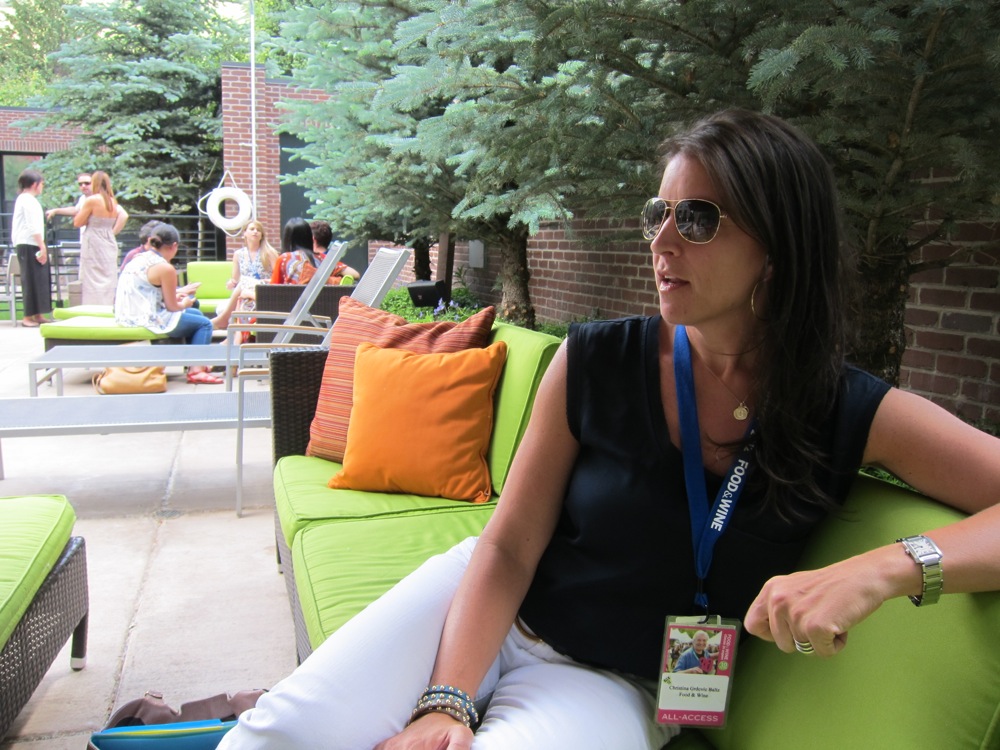 Blame our fine Eater Lounge host, the Limelight Hotel. But talk to us about the role this festival—the Food & Wine Classic in Aspen!—plays in your job and at F&W in general.

You know, well you probably don't know, that I've been at the magazine for 16 years. My first job was to produce the Classic. We were lucky because we had this festival that was already so good.

This is obvious, but the Classic helps us drive advertising. Plus it drives all the other nice things—exposure, press. And, in the past 15 years, I'd argue that we are somewhat responsible for the general, lower-case food and wine festival mania. And I recognize that we're not just part of the mania, but part of the cause. We give the people what they want. And apparently what they want is a food and wine festival every week. [laughter]

Who's your talent Hall of Fame for the Classic? Jacques [Pepin], Bobby [Flay], Mario [Batali]. Emeril [Legasse] and Giada [de Laurentiis] have been on and off. Now Jose [Andres], Michael Symon are regulars that don't miss it. Tom [Colicchio] and Gail [Simmons], obviously. And Ming Tsai.

Last year we added Andrew Zimmern. It would seem that he would become a regular. People really like him, and he's so interesting. I remember when we added Jose Andreas six, seven, eight years ago. Not everyone knew who he was then. They do now.

Oh! And Tim Love and Marcus Samuelsson. They are closer to the newer guard. People go crazy in Tim's seminars. I'm not going to piss of those Texans!

So it's about new talent, old talent, new events, old events. We'll always continue to do wine tastings and cooking demonstrations. My new favorite event is the charity 5k race. It was awesome. I ran it? well, I'm not going to say I ran the whole thing. There are pictures of me running it, though. It raises money for charity, encourages people to have that balance. And you get to experience Aspen. It was more beautiful than I expected it to be.

The Elvis Costello concert on Saturday night is obviously a big deal. And we switched it up; we used to have the Cookoff, and then it was a Quickfire, and then this year [on Sunday morning] we brought it back to the Cookoff for our 30 year anniversary. We started with Bobby [Flay] and said, "Will you do this against Michael Symon?" He said, "No. We have a pact that we won't compete against each other." We said, "What if you compete with each other?" So Jacques Pepin and Jean Claude Szurdak are taking them on—two best friends competing against each other.

We'll see you there.