Share All sharing options for: Paul Qui on the Amateur Austin Paparazzi 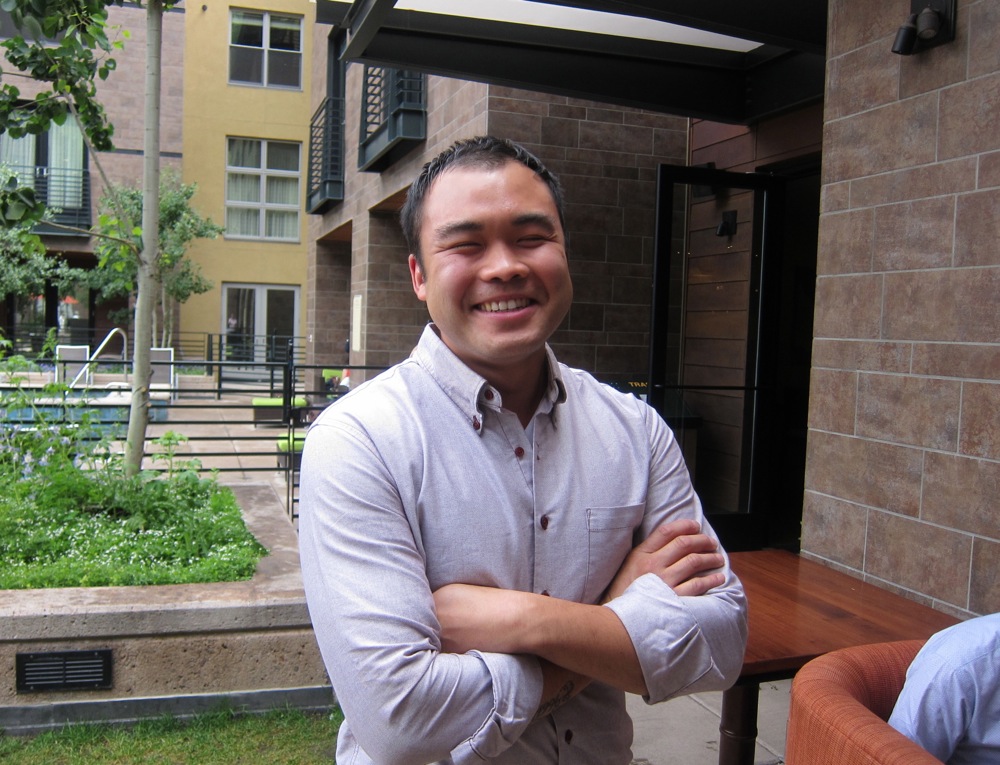 Congratulations, Top Chef. It's been a huge year for you: James Beard win, Top Chef, and you went to the White House. This is a pretty wild set of accomplishments for anyone in a lifetime. How do you attribute your success? I'm still trying to digest it right now. I never thought cooking in a kitchen would lead me to this route. I figure it has a lot to do with having supportive people around me and loving what I do.

What's it like to be a celebrity in a small town like Austin? There are people taking photos of you in the supermarket and posting them on Facebook. For me, it's not so bad. Especially if they're posting pictures of Austin because it's more exposure for the city. It hasn't gotten crazy at all yet.

Jiro, he's oldschool — it's the really small details he changes throughout your 18 pieces of sushi. It's the best one I think I've ever eaten. The amount of control he has — he has eight seats. Changes the amount of rice, temperature of the rice, wasabi, thickness of the fish. And you have to eat it one at a time. He never fills up the bar. He made all our food, which was amazing.

In Austin, I go to the East Side King carts and the lines are nuts. I try not to go on Friday or Saturday, because you can wait up to an hour or two for food. We're trying to fix that right now. We got two new circulators to sous vide the meats. And we're adding a 3,000 square foot commissary where we'll knock out our prep. And then it's, hire more people, hire more people, hire more people. We're trying to streamline our systems. I compare working at Uchiko to working on a cruise ship, but at East Side King, it's like working on a pirate ship. I want to keep that vibe. I don't want it to be McDonalds where we're cranking out food every five minutes.

Gotta ask you. What's coming next for you? There's going to be two to three surprises in Austin, maybe one at East Side King, one at my restaurants. I've been purposely vague about it. [laughter] It'll be more fun for you guys if it's a surprise.

You're doing a pop-up? Yeah, we're doing something with City Grit in New York.

Oh great. We love Sarah [Simmons, CityGrit's founder]. Yeah, she's great. We're looking to get up to New York sometime around the end of July. Trying to work out the details. We'll bring the whole crew up there and have some real fun in New York City.

Question from Dana Cowin: "If he was going to create a TV show, any kind of TV show, what would it be? Only one caveat: he has to be the star. How much ice cream can I eat?