M Street's Robbie Wilson on Nashville and the South

Share All sharing options for: M Street's Robbie Wilson on Nashville and the South 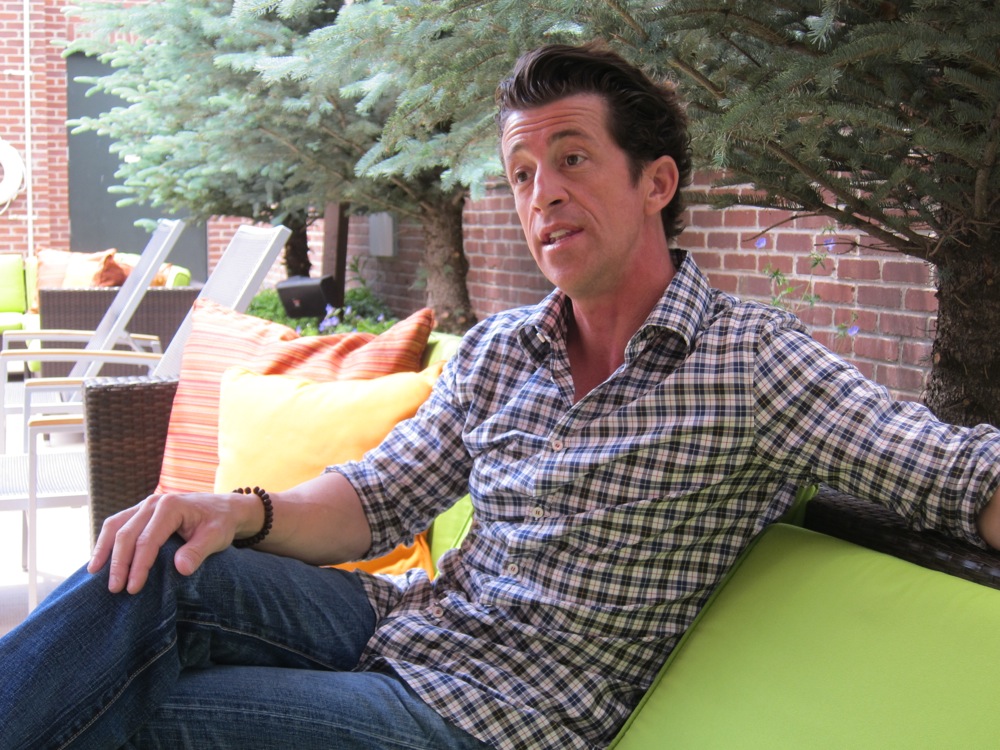 Let's talk about about your restaurants. You have four, correct? Correct. Four different restaurants. The newest is Kayne Prime (pronounced "cane") — everyone thinks it's Kanye Prime. Our steaks read like the wine list. We have a different technique — we sous vide all the steaks and sear them on the plancha so we can get a beautiful crust on them. I consciously source ranches for domestic Wagyu. It's been a really big hit in Nashville. I see Jack White a couple nights a week, and Robert Plant comes in.

Virago — everyone in the South puts an "s" on things, so they call it Viragos. It's a sushi place. We also have Tavern, which is our gastropub, and it's a big hit with the music industry. Whiskey Kitchen is our "tavern chic" restaurant. It's a really fun place — people leave crawling out. Really, at the end of the day, it's a great place to have a cocktail. When people come to Nashville, they want to drink, and we have a great whiskey and Bourbon selection.

Why Nashville? Well my wife and I moved there two years ago.

You opened four restaurants in two years? That's nuts. In more ways than one. It is crazy. Virago definitely has some legs — it was open for 10 years before we took it on. Really though, after visiting Nashville, I just fell in love with it. A lot of people think it's Reba McEntire and belt buckles, but it's not — it's a really diverse culture. It's a young community and it's great for for me because it's not a cutthroat industry. The people there are really sweet and they epitomize southern hospitality.

So it's not like New York? It's not. For the first time in my career, people are literally thanking me for opening restaurants. I've done the typical nomadic restaurant thing, but at this point in my life, Nashville just presented the perfect opportunity.

Four of your restaurants are in an area called The Gulch. What's that area like? The Gulch is a really cool transitional area. It's a LEED certified neighborhood in Nashville. Everyone is coming down to The Gulch. The developers took some old, dilapidated warehouse buildings and put in some good retail, nice apartment and restaurants. There's aren't any Nashville chain restaurants there either. It's a really interesting place, for sure. We built all but one of our restaurants on the same street, M Street.

Tell us about your new projects. We have two more projects for 2013, all yet to be announced. I can say that there won't be a steakhouse, a Whiskey Kitchen or a sushi place. And they'll all be on the same street. We've got 26,000 square feet of warehouse space and we're planning on keeping the chunky, rustic look of the spaces.

Where's the most exciting food happening in the South, outside of Nashville?There's no one place where it's happening; the amazing thing is that it's happening everywhere. And nowhere. I'll drive an hour north of Nashville, outside of Bowling Green, Kentucky, and there's this restaurant in the middle of nowhere just making the most amazing barbecue. Atlanta is really up and coming, of course, but it's got that big city sprawl, and that's something that I try to avoid. So for me, the most interesting places are the small places, like that little barbecue.