Gail Simmons on Behind the Scenes of the F&W Classic

Share All sharing options for: Gail Simmons on Behind the Scenes of the F&W Classic 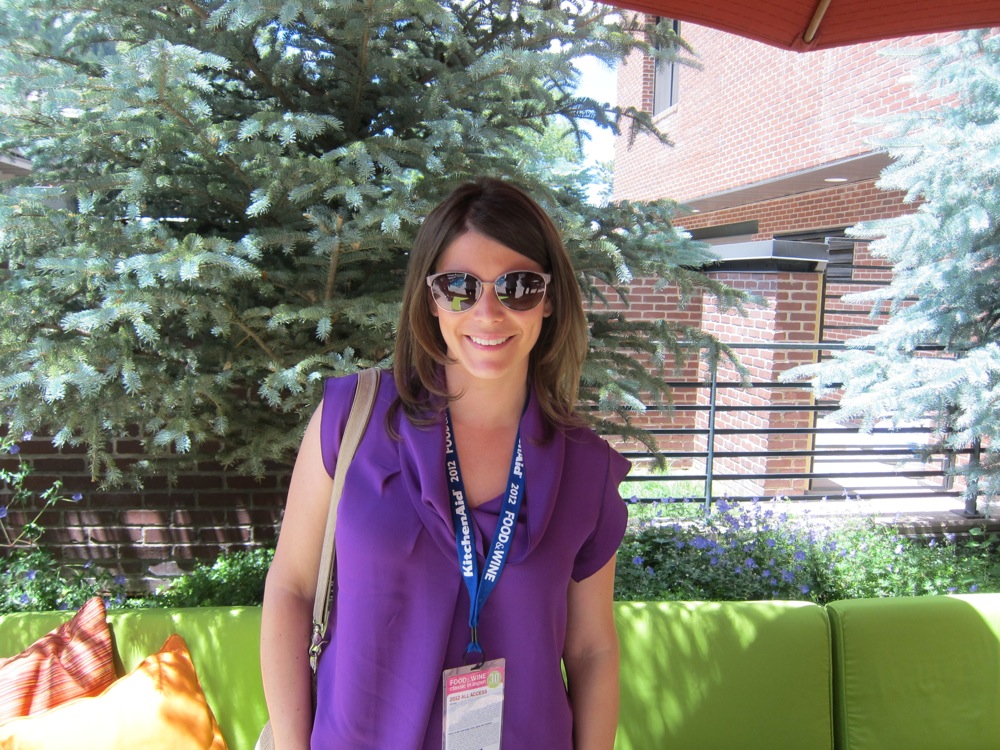 For people who don't know, you've played a huge role in the Food & Wine Classic. Right. I started at Food & Wine in 2004. In 2005, the woman who'd been running festival from the New York side went on maternity leave. And actually amazingly, in the same week, if not the same month, I was asked to be on Top Chef, the publisher of Food & Wine also asked if I'd take the New York of job running the festival. I had no idea how to do either but I said yes to both. I helped run the festival for four years. It was an extraordinarily rewarding job. I was a team member in 2005 before I knew that I was going to take the job, and I helped work on pieces of it, but I could never have fathomed what was behind the scenes until I was in the thick of it.

So what goes on behind the scenes? Well, there are 30 years of collaboration with city of Aspen. Aspen is ferociously protective of this town, as they should be. They keep the festival intimate to reflect what the town stands for. There's this constant amazing dynamic between the town of Aspen and the cheese experts, the talent, the consumers, and our sponsors and exhibitors that make it possible. I sort of feel like I was the central eye of the wheel. I was in that eye, not alone, thank God. It literally takes a village.

How many are on staff? There are four full-time in New York City, four full-time in Aspen, including Devin Padgett, who's a legend. They put every stake in the ground and work with town of Aspen to make sure we do it in a way that they are comfortable with. There are 700-plus volunteers that we hire and train over the weekend from directing recycling in the tents to working with VIPs in the green room to working with every event. Then there's the entire Food & Wine staff.

I think there's always a lifespan. You want people to come back year after year and feel like they know where they're coming and that they can do those things again and again. The general formula of this event is never going to change. There will always be a great Grand Tasting, satellite seminars, and tastings around town. And some tentpole evening events. We always want to keep it relevant. The world has changed in thirty years. So much innovation. We try to stay on top of it. It's Food & Wine's goal as a magazine. This is a way to three-dimensionalize the magazine. The subject matter of our seminars needs to be on trend.

The big change this year, is that for 29 years, we did an event that showcases the ten Best New Chefs. They cooked for anywhere from 500 to 1,000 guests. But because it's the 30th anniversary, the issue with that event is that it was limited, so 4,000 people don't get to meet them or taste their food. So how can we give the audience access to these Best New Chefs, and go out with a bang on?

So we moved The Best New Chefs chefs into the tents, an amazing space, where two to three chefs at every Grand Tasting are cooking signature dishes. That's part of the cost of admission. And then we decided we always wanted to tie in a concert, there's such a tie to music in the town of Aspen. We created a for-charity concert. Dana Cowin, F&W editor in chief, launched Chefs Make Change, ten chefs at top of their game, but all passionate about a cause. Feeding people, feeding children, taking responsibility for land. Batali, Andres, Michel Nischan... We built this concert around them. And Elvis Costello is coming in to do a concert for us.

Tell us something you shouldn't tell us about the festival? There are always things you forget. It's embarrassing but I feel comfortable telling it to you. The Food & Wine team comes early, and the 25th anniversary year, we were here on the Wednesday. I was rushing to a meeting for the opening party and was with another member of our team—a junior guy who was kind of new—in my condo opening boxes that had signage we needed to bring to the meeting. I was rushing, using a box cutter, and I slipped and the box cutter went right through the box and right into my thigh. It felt warm; I was wearing jeans. I look at this poor 24-year-old boy—luckily he was a boy who wasn't interested in my type, if you know what I mean—so I say, "I'm going to take my pants off in front of you." And I rip my pants off. He ran down to reception and got a first aid kit and we put a big patch on my leg and we kept running. In retrospect, I should have gotten stitches—I have a scar to this day. I think of it as my war wound.

Are there people banned from the festival? Not really. As much as people like to say Aspen is the best, it's by far not the biggest. The town of Aspen is a small place and it costs a lot of money to get here. You don't just come for one event. It's a very intimate but passionate group of people. If you're here, you're here because you take what we do really seriously. Things get crazy; we've had incidences where we've had to tell people to drink some water and take a nap for an hour. But our audience that's here, they know what they're up for and they're ready for it. The Classic keeps it classy.

Top Chef? I got nothing for you. There will be a Top Chef season ten.

And what's up with your book? It's sailing along, launched at the end of February. For the first time in my eight years at the Classic, I'll be signing my own book. That feels pretty great.