Jenn Louis on Portland and Being a Best New Chef

Share All sharing options for: Jenn Louis on Portland and Being a Best New Chef 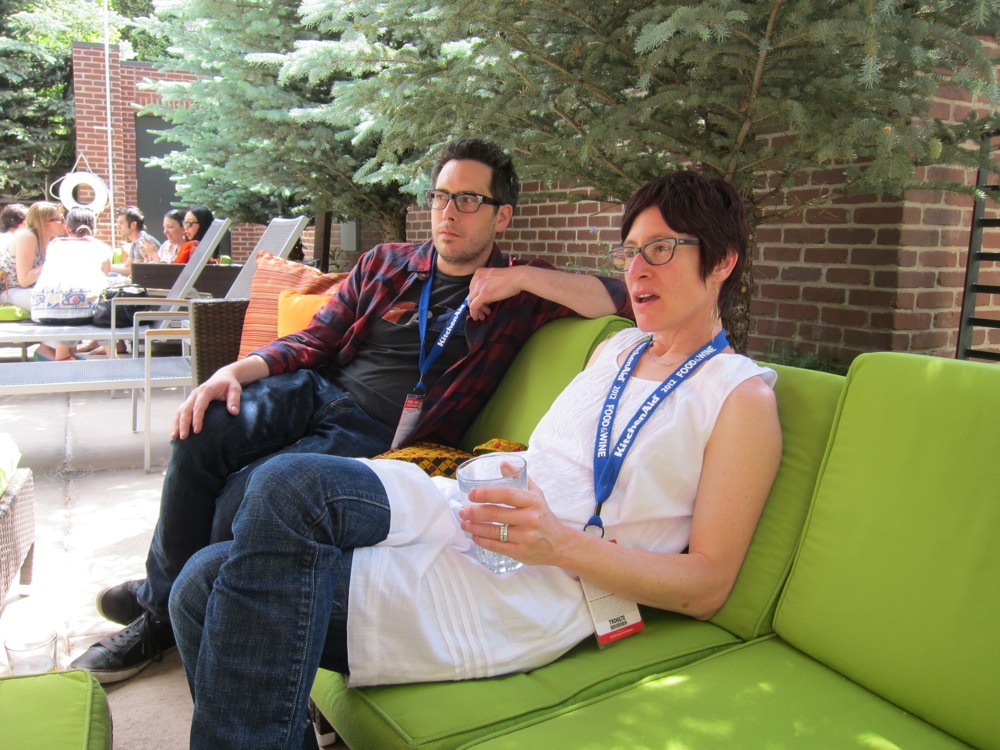 Congratulations on being named a Best New Chef. It's a huge honor. I never imagined that I would be eligible or be considered. I've known [F&W editor-in-chief] Dana Cowin for some time, not closely, but I've known her. Like, [My husband] David [Welch] and I went to Rome in March, and Dana knew a food tour guide there and connected us.

Dana called me on a Friday. We had just finished a week-long, intensive catering event for a client. For billing, I spread out all the paperwork in the office, trying to make sure everything was accounted for. I was grizzled, literally thinking to myself, "Why do I do this?" Then my phone rang. It was from a 212 number. I almost didn't answer it. And it was Dana. She was all, "Hi Jenn, it's Dana Cowin," and I said, "Dana, I wanted to ask you about something," and we started chit-chatting. I didn't even realize she had something to tell me! It blew me away.

Talk about the kind of food you're doing at Lincoln. David and I opened Lincoln together in 2008. It's what I love to do. Simple, ingredient driven and seasonal. It's northwest-centric, but not one hundred percent. I love to support our local farmers, but obviously we don't grow lemons locally. My commitment to my cooks is, I'm going to teach you, so we get things that are outside our market as well. We make everything from scratch, except our bread—like pastas, and we focus on gnocchi. We change our menu every day, and print our menu every day.

What font do you use? [laughter] For my catering business, it's Gill Sans Light. [laughs]

Here's a question from EPDX editor Erin: "Lincoln opened up basically as the first fine dining/upscale spot on N. Williams Ave., which is now best described as "rapidly gentrifying." I'd be interested to know her thoughts about being a "pioneer" in what was once a gritty neighborhood, and how she feels about the restaurant's role in gentrification in general. Good/bad?"

That's easy. Tell her that it's not hot at all! [laughter]. I love the neighborhood we're in. Portland is unique because it's really small. It's divided into neighborhoods that are very different from one another. I like diversity. I find that exciting. We have neighbors who have lifestyles that are as different from us as it can be. Gentrification is going to happen in any city. Cities change.

There was a time when it was a pretty sketchy neighborhood for Portland. It's not any more. We all do live together. And I think that's important. I don't feel bad about coming the neighborhood. There are no chains. And it's really inspiring to work around people who are really good at what they do and they work really, really hard. It's not necessarily our bread and butter clientele, but they are people we see every day. We know them. They may not come to Lincoln for a $22-$25 entree, but they're our community.

Zimmern asked: "The role of the chef. Part 1. Do you feel an extra responsibility to mentor women as a successful woman (as a Best New Chef) that now has a platform? Part 2 Is this a disease of perception, should we be even talking about the difference between a man and a woman running a kitchen?"

Can I answer the second part first? It makes sense to answer it first. I didn't want to answer that question for a long, long time because I never wanted to be grouped in as different, and being a woman is different in a male-dominated profession.

Is there a big division? Yeah. I've seen it my whole career. But it doesn't matter to the diner who's cooking their food. It's about the plate set in front of them. First and foremost, when someone is enjoying a meal with friends, with family, they are going to enjoy their meal because of the level of cuisine and hospitality. What is most important is that you do a good job.

In terms of mentoring, I will bring anyone into my kitchens who shows promise, who is a hard worker, who is passionate, and who wants to learn. They can be a male or a female. I would love to see more women come into my kitchens. But I hire based on merit, ability, and promise versus anything else. I like to hire someone with a great sense of humor, who can laugh at themselves when things go wrong, and come back knowing that the next day is the next day.

So there, Andrew Zimmern!