Changes in CA Wine Not Just About Style, Alcohol Levels

Share All sharing options for: Changes in CA Wine Not Just About Style, Alcohol Levels 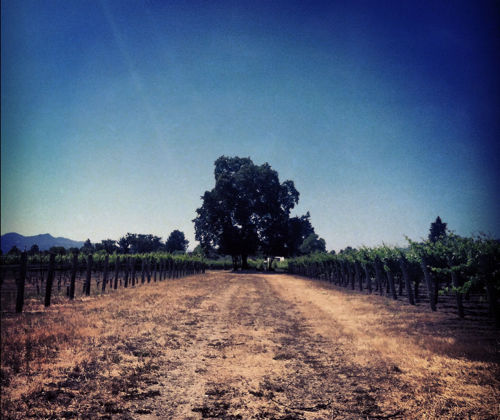 What's changing in California wines isn't just stylistic. In fact, summarizing the pendulum swing as simply a stylistic shift from the bigger, riper style of California wine popularized in the late '90s and early aughts toward leaner, lower alcohol wines (some fans of classic Napa cabernet call it a "return to form") is missing the greater point. Yes, the battle cry of much of California's new fringe is lower alcohol, more elegant wines, but at least part of the underpinning of the movement is not about one style or another — it's about passion, belief, and most of all: taking chances.

Framing it as a movement that simply exists as a counter to California's decade or more of bombast is fodder for divisive bickering over whose perceptions of quality are right and whose are wrong. There is much more to what is happening than that, something far less polarizing if you dig a bit deeper into the who and why.

Consider Dan Petroski of Massican and Enrico Bertoz of Arbe Garbe. Both make white wines from Napa and Sonoma that some might call "un-Californian" (I prefer "unlikely"). Both produce less than 1,000 cases of white wines inspired by the Friuli region in Italy. Bertoz, who hails from Friuli, sources malvasia and pinot grigio (among others) from the Russian River Valley and tocai and ribolla gialla from Napa. His flagship white blend, called 'Arbe Garbe', is fermented in neutral wood (which has since been replaced with concrete), undergoes a short amount of skin contact (generally around 24-36 hours) and stays on the lees for months, with frequent stirring. His are turned-up-to-ten, fiercely aromatic wines.

Dan Petroski grew up in Brooklyn and spent nine years in publishing. After business school at NYU, he and a few friends traveled around southern Italy. He came back and in January 2005 was offered a job at the Wall Street Journal (he was employed by Time, Inc. at the time). But as soon as the offer came in he phoned a friend and asked if he could help him land an apprenticeship in Italy. He found him a job with the family who owns the Valle dell'Acate winery in Sicily, but made sure to assure them that he was crazy to up and leave. By June of 2005 he had resigned from Time and turned down the job at the Wall Street Journal and was living in Sicily.

A Quest for Diversity
Within two years Petroski had landed a job at Larkmead under Andy Smith, who took a chance on a guy with limited winemaking experience (Petroski's current day job is associate winemaker at Larkmead). By 2009, he found himself in a sea of cabernet and chardonnay, yearning for the salinity and freshness of Friulian white wine. He found them difficult to find in Napa retail stores and figured, "If I can't find them, I'll make them."

"Massican came about because of that nostalgia," says Petroski. " I never knew if it was going to take off but, as they say, timing is everything."

According to Petroski that good timing has everything to do with a growing number of winemakers that are taking risks with their wines in an environment that is extremely developed.

Petroski's wines are lean, with acidity that could cut glass. He picks early, sometimes at brix levels as low at 18 on tocai, but the wines still manage to have great texture, verve and length. And I'll be damned if there is a better sauvignon blanc (a grape known for notoriously poor showings here) in the Napa Valley than his 2010 sourced from Napa's Pope Valley, on the backside of Howell Mountain.

While Petroski's wines hinge on a belief that, yes, you can make wine in California that smells good and tastes good, that has everything that a high alcohol wine has, but just at "different levels on the amplifier scale," he is in no way saying that low alcohol is better. His goal is to simply prove that these wines can exist here.

It's about diversity. It's about asking the market, in Enrico Bertoz's words, "Are we all going to have to make cabernet to stay afloat or can we expand to allow something new in?"

"Do You Think We're Crazy?"
The Arbe Garbe and Massican wines come from two ends of the spectrum. Where Massican speaks softly Arbe Garbe breaks sound barriers, windows. The wines aren't low in alcohol (but are still in balance at around 14.5% each). But what they have in common is the spirit driving their production. It's about risk and belief that defies practicality. Bertoz's question to me wasn't "What do you think of the wines?" He asked, "Do you think we're crazy?"

"There is a lot of mystery for me as this market moves forward and whether I can sustain this," says Petroski. "I ask myself: 'Is the world ready for another Palmina?' 'Can I do that in Napa?' 'Do I move to the [Sierra] Foothills?' I have to take it one vintage at a time."

The problem is, the price of fruit in Napa and Sonoma is prohibitive for small brands looking to make wines in the $25 range (which is where both the Massican and Arbe Garbe wines fall) and land costs make the possibility of an independent vintner owning and farming his/her own land without the help of investors a far off notion, if a consideration at all. Bertoz pays more than $2,000 per ton (which amounts to about two 60-gallon barrels of wine, or around 720 bottles) for malvasia — which may seem like a steal compared to Napa cabernet prices, which range from $6,000/ton to $20,000+/ton — but is still pricey if your goal is to produce premium wines at less than $30 retail.

In other words, it's tough to make a living producing less than 1,000 cases of wines like Petroski's or Bertoz's in a place like Napa or Sonoma. Ironically, it'd make more financial sense if both Bertoz and Petroski were making Friulian-style white wines in Friuli. But they believe in the potential of the land and the fruit they are working with, however out there that might seem.

Not Just a Matter of Style, A Matter of Spirit
On the way out of the Napa Valley I stopped to say hello to a winemaker who has been in the valley for nearly 40 years making wine. I recalled my conversation with Bertoz and Petroski; when I told her that they asked me whether I thought what they were doing is crazy, she said that their passion and the will to take chances is of the sort that drove early Napa.

In other words, what Petroski and Bertoz represent, at least to me, is that California's pendulum swing isn't simply a matter of style — it's a change of spirit. In a way, many of these small, independent producers are trying to bring the American dream back to California winemaking. They are proving, however crazy their quests may seem, that there is room for diversity.

"It has to happen," says Bertoz. "I don't see it any other way. I'm not saying it's not going to be challenging; there is going to be doubt. But we have to push."