Share All sharing options for: Pizzas on Parade: Here Are 12 Awesome Mobile Pizzerias

Pizza is an imminently portable foodstuff. You can get it by the slice when you're on the go, or you can get it delivered to your house if you're feeling lazy. Sometimes the whole damn pizza restaurant comes to you, as is the case in the 12 mobile pizza vendors listed below. Some have wood burning ovens, some do not; some are in buses and some are in fire trucks; in the grand tradition of mobile food, many have punny names. 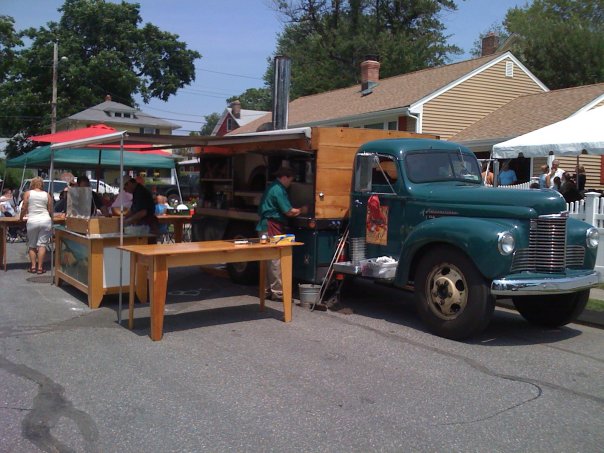 Big Green Truck Pizza. [Photo: Big Green Truck Pizza / Flickr]
A pizza catering service in New Have, Big Green Truck has 1946, ‘47, ‘48 and ’49, International Harvesters KB-5’s that have been totally tricked out with modern engines and automatic transmission. Also, they're iPod compatible and the company offers "pizza playlists" when they cater. 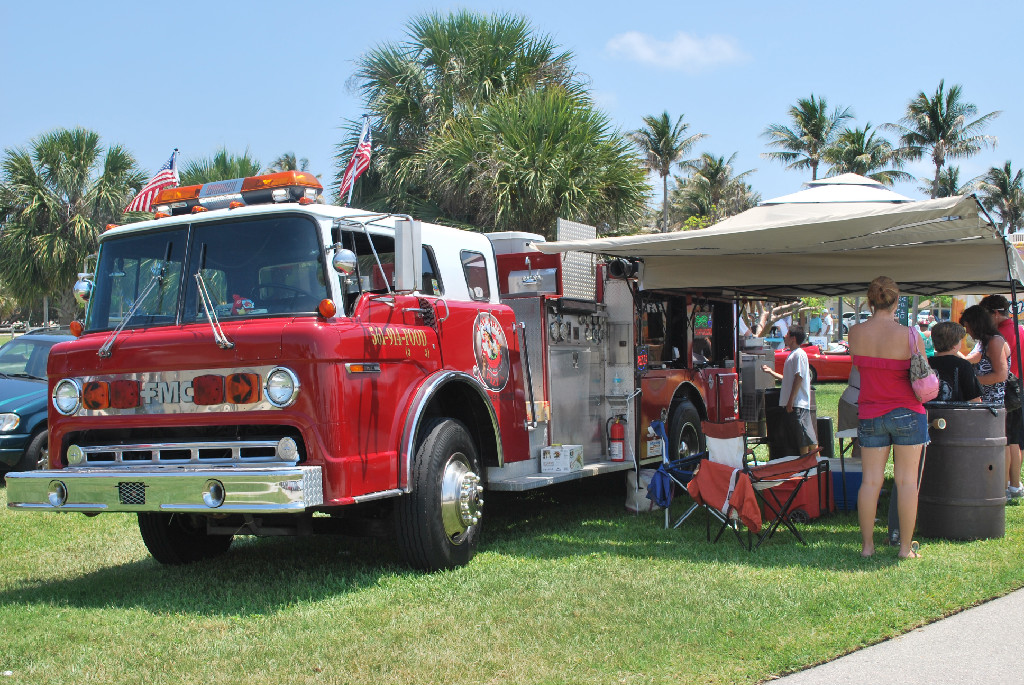 4 Alarm Pizza. [Photo: 4 Alarm Pizza]
A firetruck based out of Boca Raton, Florida, the 4 Alarm truck has its own wood burning over built into the truck's facade. 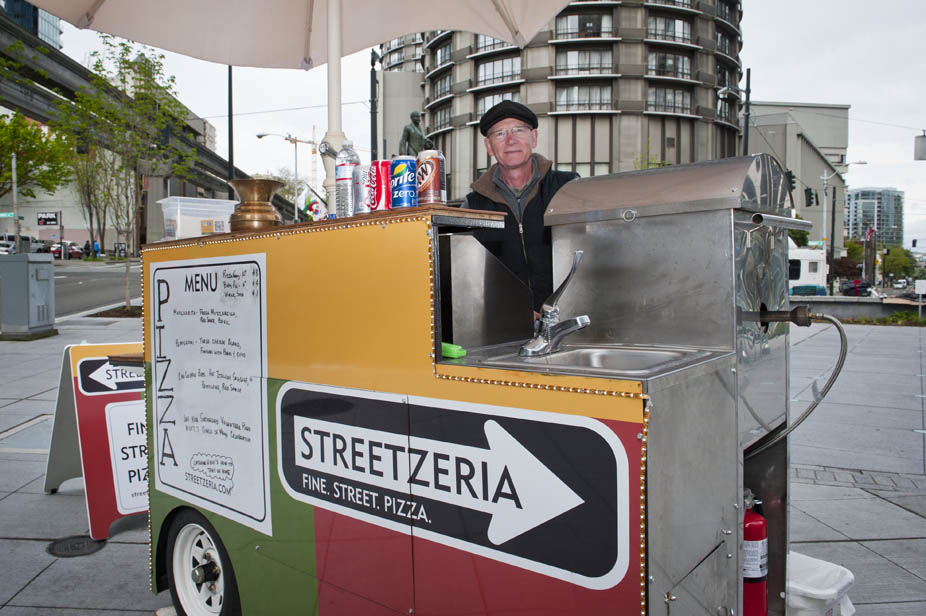 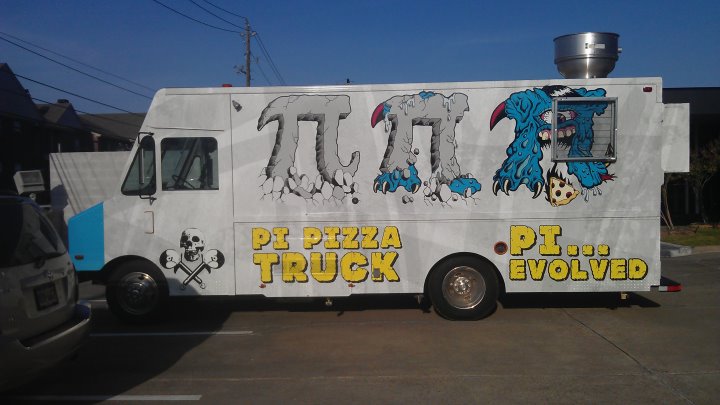 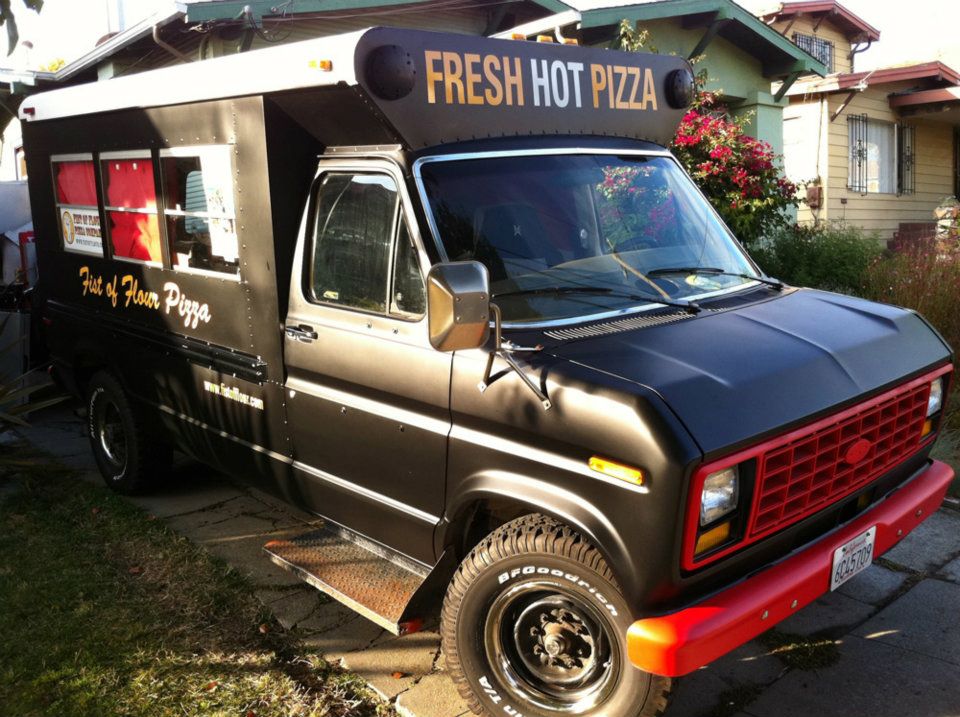 First of Flour. [Photo: Fist of Flour / Facebook]
Owner James Whitehead says the design for Fist of Flour came because while he was "diggin the yellow school bus...I always saw it as the black white and red 'Cool' bus." 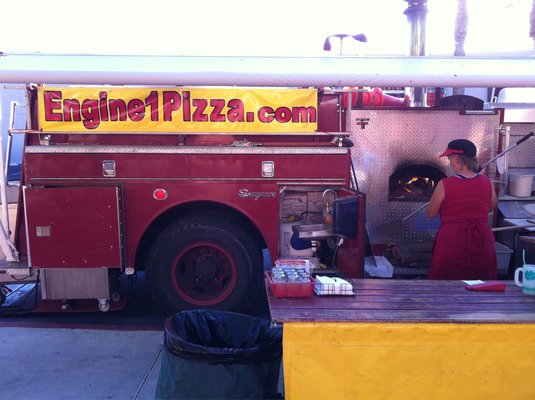 Engine 1. [Photo: David S. / Yelp]
Engine 1 is a 1965 Seagate authentic fire truck serving up pizza from the on board wood-fired oven in Las Vegas. 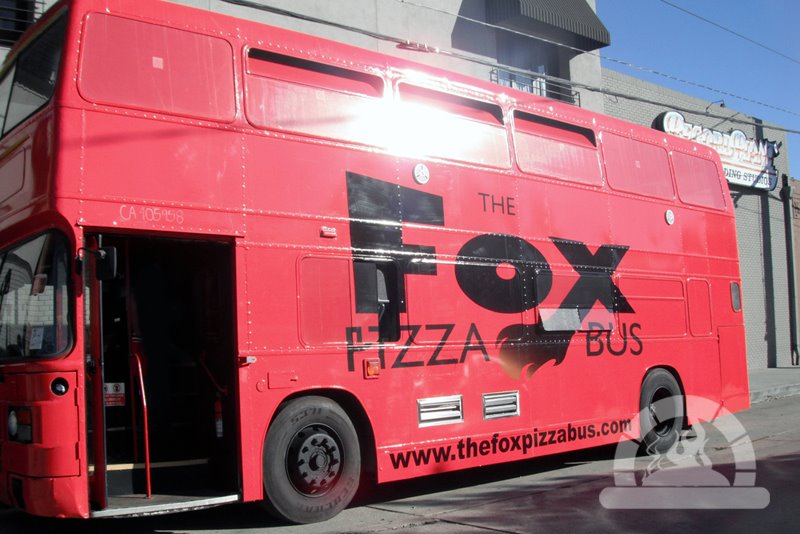 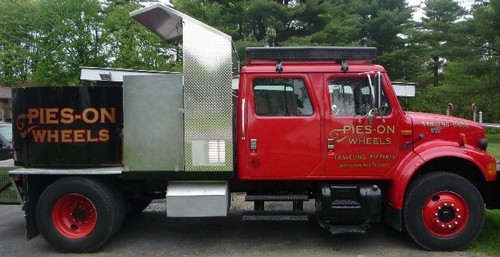 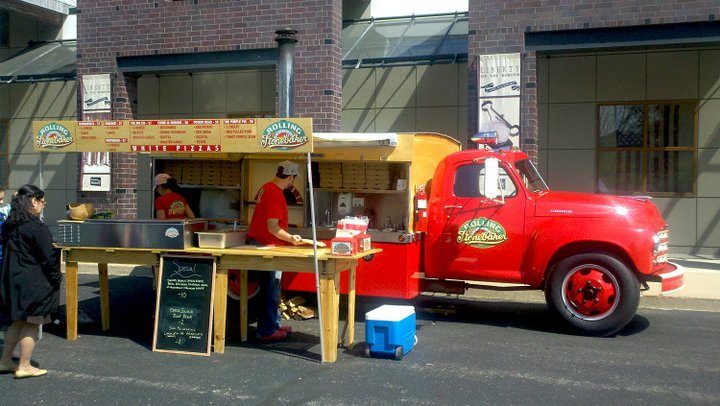 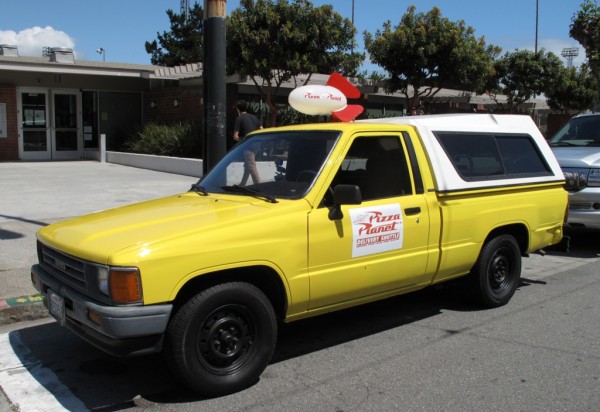 Pizza Planet Truck. [Photo: Pixar]
Made by a group of college students, this is not an actual pizza truck but rather an exact replica of the Pizza Planet truck from Pixar's Toy Story. Seriously exact: Pixar employees said the only issue with it was that it wasn't dirty enough. 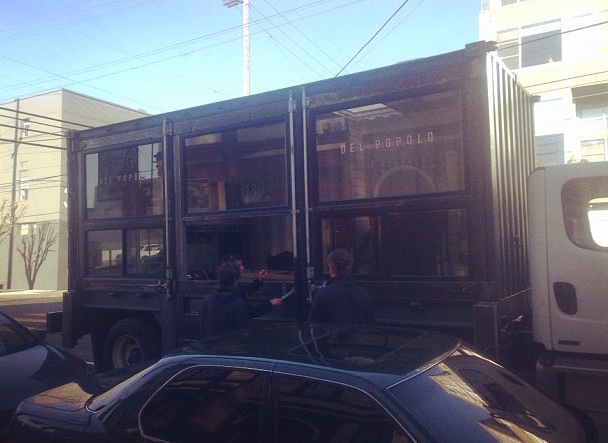 Del Popolo. [Photo: flourandwater / Instagram]
This photo does not quite do it justice, but Del Popolo is an $180,000 glass-sided truck with a whole wood oven inside from pizzaiolo Jon Darksy, formerly of Flour + Water in San Francisco.