Curtis Duffy's Grace, Behind the Scenes, Part One

Share All sharing options for: Curtis Duffy's Grace, Behind the Scenes, Part One

Last year Bonjwing Lee (author of the blog the ulterior epicure) spent quite a bit of time with chef Curtis Duffy (formerly of Avenues at The Peninsula in Chicago) in far-flung places like Switzerland, Tuscany, and Kansas City. In this behind-the-scenes series, written exclusively for Eater, Lee will follow Duffy through the opening of his upcoming Chicago restaurant Grace, which was selected as one of Eater's 25 most-anticipated restaurant openings of 2012. 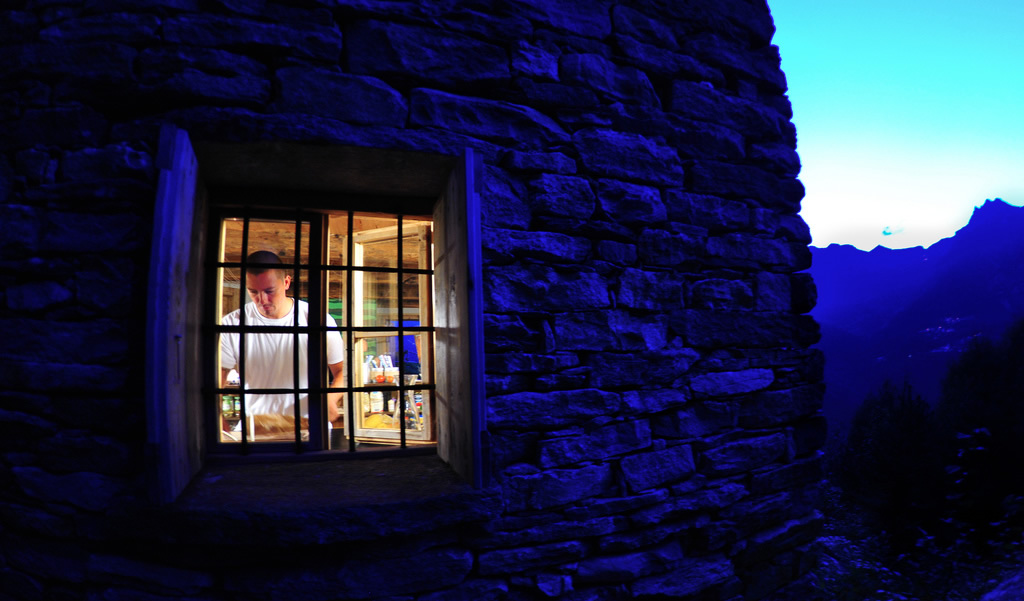 "I haven't cooked like this in a long time," Curtis said as he laid an entire rib eye across our makeshift grill. Leaning close to the fire for warmth, we watched the sparks drift upward, fading into the glittering canopy above. Night had set in, high in the Italian Alps, leaving the mountains looming in the inky distance, silently dwarfing us. It was summer. And all was still.

Curtis Duffy had just left Avenues, the flagship restaurant at The Peninsula Hotel in Chicago, where, as its chef, he sprinted from relative obscurity to two Michelin stars in three short years. He announced to the press and public that he was opening his own restaurant, but remained tight-lipped about the details. On that cliffhanger, he joined my friends and me in Europe for a rare, quiet escape from the hustle of the professional kitchen. (With Duffy's departure, The Peninsula closed Avenues.)

Beyond the daring and dazzling food he served at Avenues, and the praise he earned for it, not much is known about Curtis Duffy. Short on words, long on thought, he keeps his heart tucked, his head down. 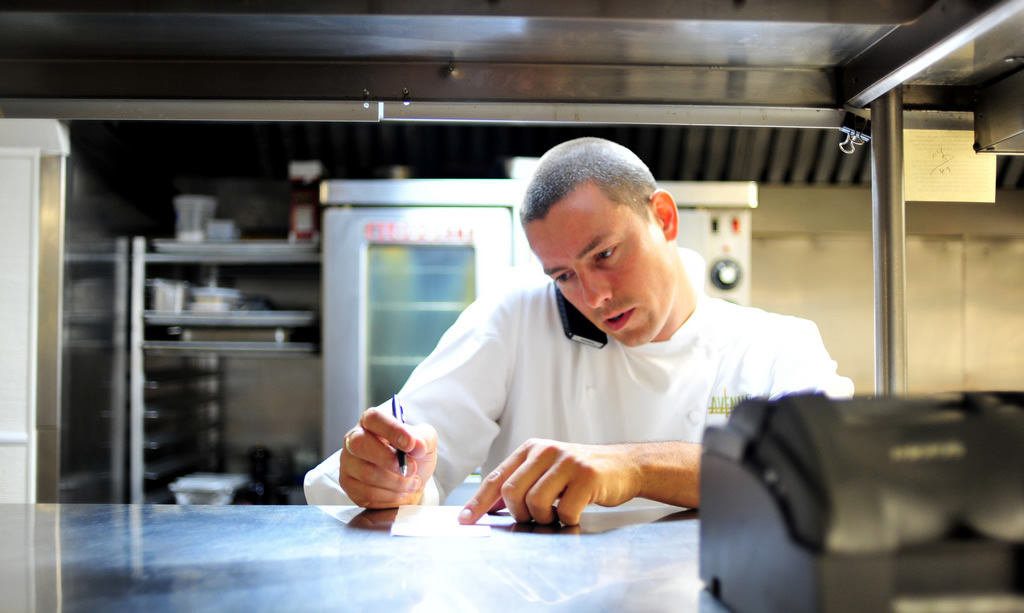 Like me, he sleeps little. We were usually up together checking email at unreasonable hours, especially for being on vacation.

Work is his toy, perfection his goal. It's easy to mistake him for stoic, or shy, or both. But, if he'll let you see past his motorcycle and tattoos, you'll uncover a sociable softy with a sweet tooth and a side of mischief.

He'll laugh, boyishly, when you least expect it, which makes you laugh too. He'll tell you about his two little girls, about ice skating with them and watching cartoons. And he'll tell you things that make you appreciate his quietude, like how his parents died in a murder-suicide when he was 18, personal history known only to a handful of people until now.

And, like any other cook who aspires to be a great chef, he'll tell you about his dreams, like the one he's now building on West Randolph Street in Chicago's upwardly trending West Loop neighborhood.

Duffy hopes to open his new restaurant, Grace — a word he hopes to bring alive in the space, the service, and on every plate he issues from his kitchen pass — this fall. 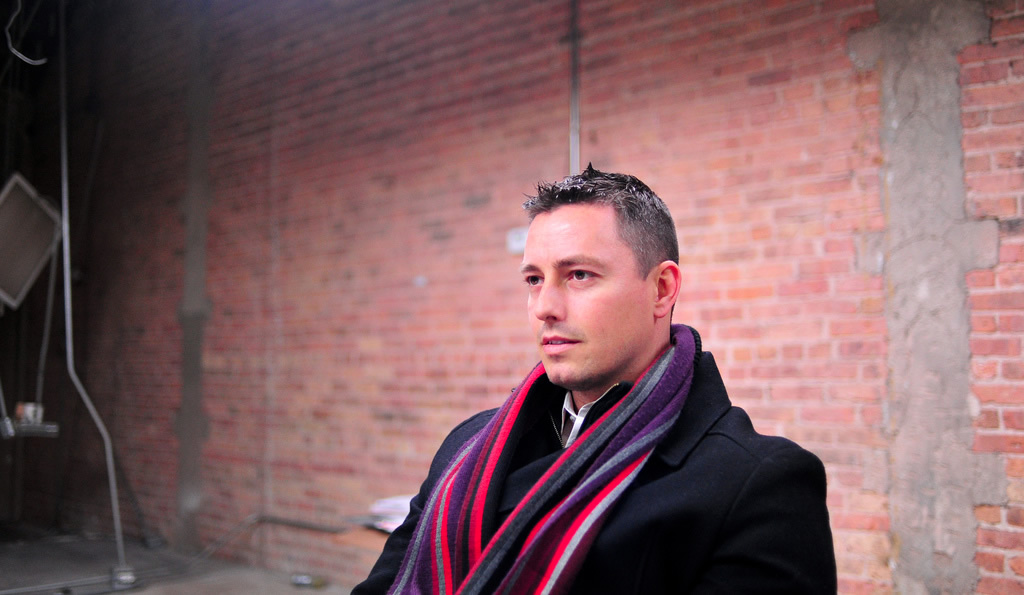 Winter has arrived and Duffy is standing inside an empty, brick frame, one of many in that industrial district of warehouses, now the city's reservation hotspot. Everybody wants in.

He hands me his iPad, glowing with a grid. He outlines the dining room. It's where we're standing. It will seat sixty.

He points to the kitchen; it will be state of the art, built by Sani Metal Ltd. (SML), the Quebec-based company that outfitted Alinea, Next, L2O, and Per Se.

There's a private dining room to one side with an eyeful of the kitchen through a glass wall. It will seat twelve.

And the bathrooms — wait until you see the sinks. 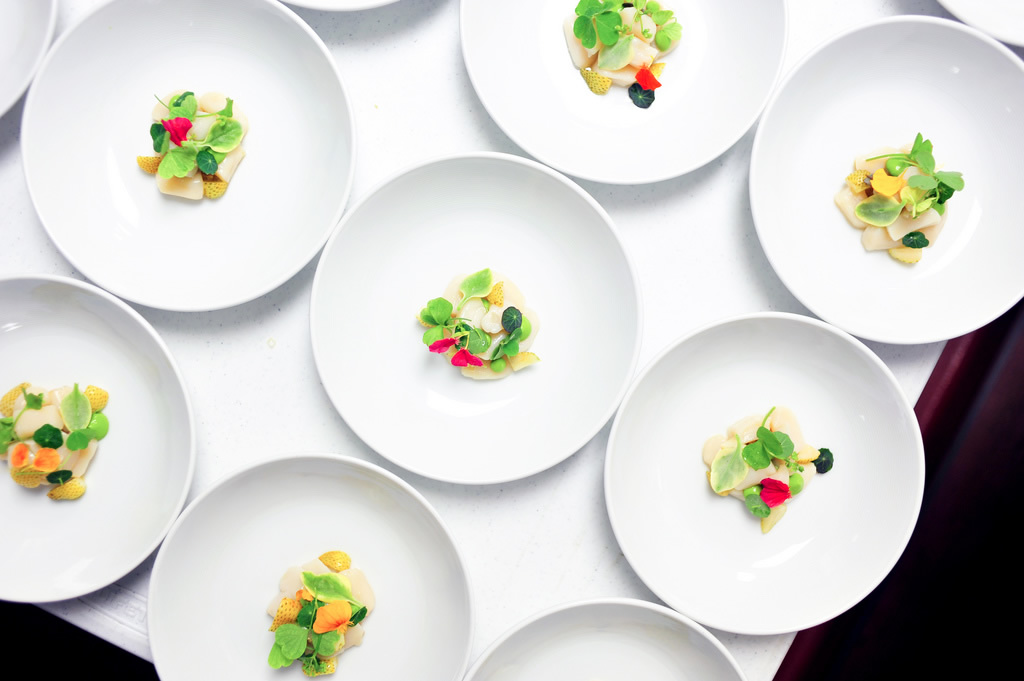 At a time when chefs seem to be herding towards the middle, Curtis reaches for the extreme. He has spent his entire career as a cook in high-end kitchens. And he makes no apologies for fine dining now.

An Ohio native raised in Colorado, he moved to Chicago to work at Charlie Trotter's, after college (he graduated from Ohio State with an associate degree in culinary arts). Then, it was to Trio in Evanston, a northern suburb, where he worked under Grant Achatz, first as a line cook, and then as the pastry chef (experience that is evident in sophisticated desserts he presented, with his pastry chef, Bobby Schaffer, at Avenues).

Duffy followed Achatz to Alinea, which he helped open in 2005. There, he worked as chef de cuisine for three years before applying for the position at The Peninsula, which was vacated by Graham Elliot (Bowles). 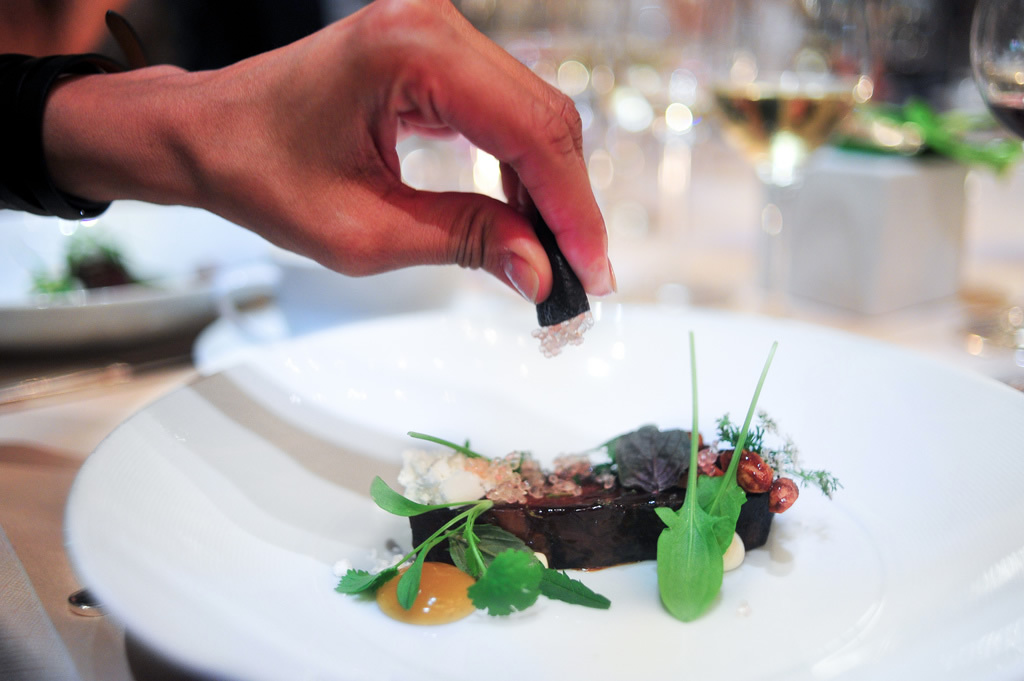 At Avenues, Duffy was known for beautifully plated food that was colorful and constructed, manicured landscapes that sometimes were architectural as well, like a verrine of king crab capped with a sugar glass pane topped with trout roe.

He incorporated modernist cooking techniques, although they were not the focus of his food (if you looked at the substance, and not the form of his food, Duffy's cooking was actually quite classically based). Ingredient quality, however, was important to him. So was the use of herbs as seasoning, which became an identifiable aspect of his dishes (he used stevia to replace sugar, and lemon mint to replace the fragrance of citrus, for example). There was also a noticeable punch of sweetness that gave his food an unexpected dimension, sometimes from fruit (like fresh, ripe figs with risotto), other times from sugar (like lime meringues with short ribs).

Quality ingredients and cooking will still be his focus at Grace. But Duffy knows that there's room for him to grow, to develop his perspective and style as a chef.

In the coming months, I'll be following Duffy and his team as they prepare to open Grace. In a series of posts written for Eater, I'll take you behind the scenes and give you an exclusive preview of what diners should expect to find when the restaurant opens later this year. We'll meet his general manager, Michael Muser, who will double as the wine director. And we'll talk with Bobby Schaffer, his pastry chef.