Are Beer Sommeliers the Next Big Thing?

Share All sharing options for: Are Beer Sommeliers the Next Big Thing?

Welcome to Vintage America, a column in which Eater Wine Editor Talia Baiocchi takes a hyperfresh look at all things wine (and sometimes beer) -related. 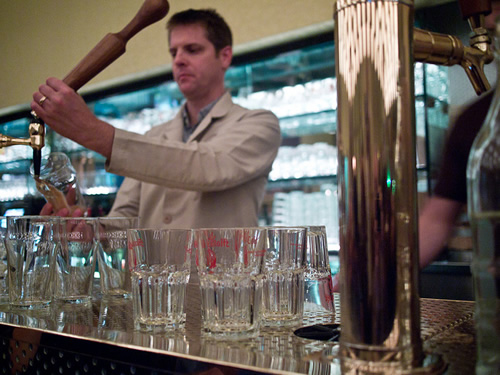 When Sayre Piotrkowski — the Beer Director at David Lynch's forthcoming restaurant, St. Vincent in San Francisco — first got into beer in the early 2000s there was no such thing as a beer sommelier, let alone a Master Cicerone (effectively the equivalent of Master Sommelier in the beer world). But as the American craft beer movement began to explode in the mid to late aughts, a growing crop of beer professionals emerged to explain it.

Ray Daniels, a longtime veteran of the industry, started to notice the term "beer sommelier" thrown around with greater frequency back in 2006 and dreamt up a certification program and a new name—Cicerone—that would help separate beer sommeliers from wine sommeliers. Since he founded the Cicerone Certification Program in 2008 the program has anointed four Master Cicerones, around 400 Certified Cicerones, and more than 1,400 Certified Beer Servers. It's hard to imagine that less than ten years ago, beer was merely an afterthought on restaurant lists.

"You used to go to a restaurant and the chef would be out in his garden plucking local ingredients and the sommelier would have a list with boutique wines with less than 300 bottles produced," says Cristina Perozzi a consultant for restaurant beer programs in LA. "And you'd turn to the beer list and it'd be Budweiser, Heineken, Becks."

That disconnect is what inspired Perozzi and her business partner Hallie Beaune — collectively "The Beer Chicks" — to use their knowledge of craft beer to help restaurants move beyond the world of Bud. They still call themselves beer sommeliers, but admit that the term that has come to rub a few people in the industry the wrong way.

"People are worried about the wine-ification of beer," says Perozzi. "Many in the beer industry view the wine world as pretentious, and want to make sure beer is not perceived that way."

Part of the effort to differentiate the beer industry from wine is also rooted in proving that there is a need for a beer director where a wine director already exists. Piotrkowski believes that the biggest mistake that most restaurants make is pushing the beer program into the hands of a beverage director, whose focus is on wine.

"I can spot a beer list made by a sommelier from a mile away," says Piotrkowski. "It's full of vinous beers that focus on fermentation flavors because sommeliers are hard-wired to say 'that doesn't smell natural or from the earth, fuck that.'"

Piotrkowski's point is that often times beer lists made by wine directors are serving the same function as the wine list; the beer list should do something totally different. It's a great point, but Michael McAvena, the Beer Director at The Publican in Chicago, warns that there is a flip side to Piotrkowski's argument. You can also spot beer lists made my beer directors who have no knowledge of wine, and that's just as much of an issue.

"You see beer lists from guys that have been working in brewpubs that are obsessed with hamburgers and nachos and double IPAs and know nothing about wine," says McAvena. "And their beer lists are less interesting as a result."

From Novelty To Necessity

So what to do? He says that understanding the totality of the beverage experience is key to doing your job well. But having an intimate knowledge of both wine and beer is becoming increasingly difficult; focusing on one or the other is becoming far more practical.

With the rise of craft beer and the increase in artisan imports available, the beer world has become so vast and diverse that it's a hell of feat to be able to master it while maintaining an encyclopedic knowledge of wine. Craft beer has also presented new challenges that commercial beers did not. Craft beer, like wine, is prone to variation — in batches down to individual bottles — as well as flaws that are harder to detect if you aren't familiar with how they manifest in beer.

In other words, having a beer sommelier is not just a novelty, it's becoming a necessity for restaurants — like Daniel Boulud's DBGB in New York — that want to run a serious beer program alongside their wine program. So unless someone puts the brakes on the craft beer movement, we are likely to see more of this beer sommelier (sorry Cicerones, it sounds better).

As a primer to the field, here's a look at some of the country's best beer somms: 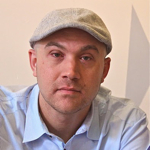 Sayre Piotrkowski, Beer Director, St. Vincent, San Francisco
Sayre Piotrkowski is former Asst. Beer Director at The Monk's Kettle in San Francisco and has recently taken over as Beer Director at David Lynch's (former Wine Director at Babbo and, most recently, Quince) St. Vincent, which is slated to open any day now.
Style of beer you think is often overlooked as a food partner?Dark/Black Lager. These brews have the same roasted, chocolate, savory flavors of a stout or porter, which are ideal for grilled and cured meat, salty cheese, and raw bar. However stouts continue to trend more intense with higher gravities and increased hop bitterness. And the contemporary American craft-brewed porter tends to be muddy and often too rich in body to pair properly with a savory course. Dark/Black lagers tend to exhibit lower alcohol and a crispness that makes them more useful at the table.Three favorite American breweries right now? Moonlight Brewing Company, Santa Rosa, CA; Jolly Pumpkin Artisan Ales, Dexter, MI; Craftsman Brewing Company, Pasadena, CA. [Photo: Alexander Finberg] 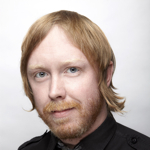 Greg Engert, Beer Director, Neighborhood Restaurant Group, Washington D.C.
Engert sources beer for ten concepts in the Neighborhood Group including Birch & Barley and ChurchKey. He was nominated for James Beard Award for "Outstanding Wine & Spirits Professional" and was the first-ever beer sommelier to be named "Sommelier of the Year" by Food & Wine Magazine.
The major difference between being a beer sommelier and a wine sommelier? I have actually taken many of my cues as a beer sommelier from the wine arena. Once I discovered that craft-brewed beer was certainly as noble and as complex as the finest wine, I needed some guidance on how then to approach it. This I found by studying wine and the work of wine sommeliers. The beer that got you into beer? Orval. It was a Belgian Ale, brewed by Monks, that seemed distinctly un-Belgian. I'd been introduced to--and enjoyed--the strong, sweet, almost wine-like brews of Chimay and Rochefort, but Orval was different. There was this beguiling rusticity, a funky, almost earthy, vinous note that was unlike any beer I'd yet tasted. [Photo: Greg Powers Photography] 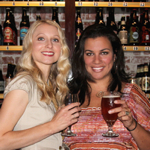 The Beer Chicks
Christina Perozzi and Hallie Beaune met while working at Father’s Office in LA. Both had got into craft beer in the early aughts, a time when the term beer sommelier was nearly unheard of. As they watched the beer world grow more and more diverse they saw a growing need to educate buyers. In 2006 they founded The Beer Chicks and act as consultants for a number of LA restaurants. Three favorite American breweries right now? We've always been big fans of Deschutes Brewery in Oregon. TAPS in Brea has always been one of our local favorites. And Strand Brewery; they're making some fantastic crisp hoppy brews. Beer that got you into beer? Authentic Bavarian-style Hefeweizen. [Photo: Caroline Pardilla] 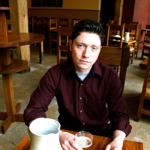 Michael McAvena, Beer Director, The Publican, Chicago
McAvena came to beer while in college at the Art Institute of Chicago. After several years hauling boxes in retail and another on the floor as a server, he landed at The Publican as Beer Director, where he's dedicated himself to classic, artisan beers that are made by real humans, have a point of view, and "take a stance."
The major difference between being a beer sommelier and a wine sommelier?I am more critical of my own profession than I am of wine. I love sommeliers who are focusing on natural or biodynamic wine, grower Champagne—wines that take a stance. That's sort of what I am trying to do with beer—I am looking to support real humans, families, and beers that have something to say.Three favorite American breweries?Allagash consistently blows my mind for being both consistent and innovative. Three Floyds; they aren't always great beers with food, but they are a joy to drink. Victory. Authentic Bavarian-style Hefeweizen. [Photo: Biz3] 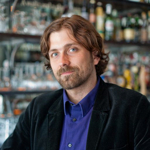 Jon Langely, Beer Director, DBGB, New York
Jon Langely took over as Beer Director at Daniel Boulud's DBGB just over a year ago, a role he didn't even know existed in restaurants when he moved from Illinois to New York four years ago.
Beer that got you into beer? Guinness. And as I got older what really got me going were the beers from Bells, Founders, New Glarus, Dogfish Head, and Chimay. Beer that's often overlooked as a food partner? Berliner Weisse, a light, low alcohol style of wheat beer that undergoes both a yeast fermentation as well as a lactic fermentation. These beers tend to be in the 3-5% alcohol range with a slight sour lift to them that I think makes them incredibly refreshing palate cleansers. [Photo: Paul Wagtouicz]