The Baja Episode of No Reservations: Just the One-Liners

Share All sharing options for: The Baja Episode of No Reservations: Just the One-Liners

As announced earlier today, the days are numbered for Anthony Bourdain's Travel Channel show, No Reservations, but this season soldiers on. Last night's episode started with a series of sobering news bites about increasing violence in Tijuana, following Bourdain as he crossed the guarded border between the United States and Mexico through intimidating turnstiles. But then it was on to forty-two minutes of drinking and eating in what looks to be a Mexican coastal paradise, with Tony visiting a "Michelin-quality" food cart, riding around in a pink limousine and declaring Baja to be "like the Napa Valley, but only better."

On to the Quotable Bourdain — feel free to add your own picks in the comments below. 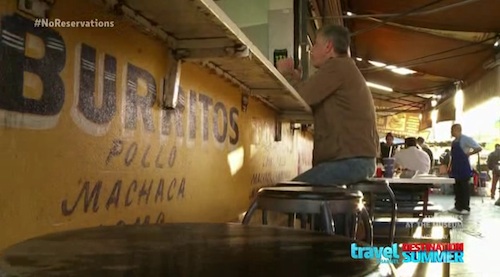 1) On Mexican food in the US: "The most famous, the most loved food in the States is Mexican food. But it's mama food. It's grandma food, or at least a fake-ass version of that."
2) On tourism's decline in Tijuana post-9/11: "All the frat boys, they stopped coming. They figured Al Qaeda's waiting down here. They're gonna catch them looking at titties, and next thing you know, 'Allahu akbar!'"
3) On a trendy mezcal bar in Tijuana: "I always feel like somebody's creepy Uncle Fred sitting at a bar like this. I wanna tell those kids to get off my lawn. But the artisanal small-batch mezcal thing they've got going on here is pretty damned extraordinary." 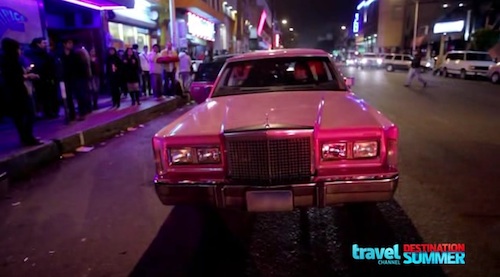 4) On that pink limousine hired to take him around Tijuana: "It only gets worse when the fucking thing doesn't even start. And you gotta sit there in this thing, passers by hooting at you and taking pictures of the big stupid gringo in the douchenozzle prom mobile that needs a fucking jump start."
5) On yet another night in Tijuana: "I find myself once again seeking an after-hours gastrointestinal firewall."
6) On Kentucky Fried Buches, which serves deep fried chicken necks: "If this was in my neighborhood in New York, I'd be very happy. Fuck the Colonel, he's not selling any necks, but maybe he should." 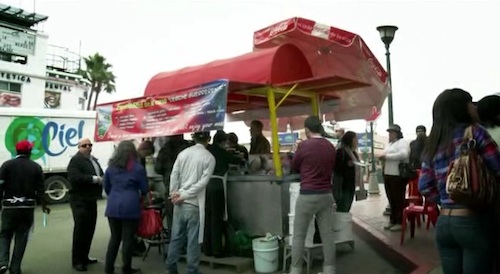 7) On the La Guerrerense food cart in Ensenada: "That's like Le Bernardin quality seafood in the street." 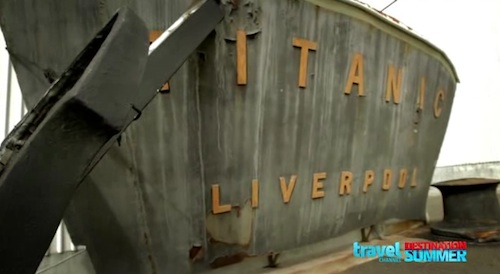 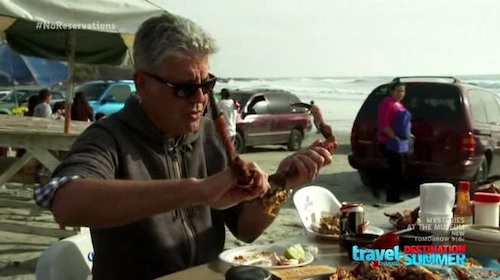 9) On fresh-from-the sea crustaceans in Rosarito: "That's delicious, and tender for such a big motherfucker."
10) On meat from the aforementioned big, tender motherfucker: "I knew you were in there! You're so sly, and so am I."
11) On the Guadalupe Valley: "Look around! It feels like Tuscany." 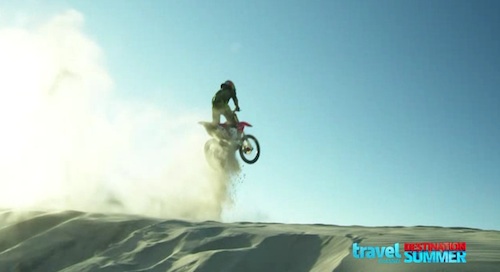 12) On the motorcycling at the Mexican beach party in said valley: "There's a place where men are free to ride, up and down the thousand mile Baja coastline if you want. But today, maybe just back and forth."
13) On Mexico: "Is everybody a gourmet in this country?"
14) On summing up: "This lady is selling, like, Michelin-quality food out of a food cart. It's like the Napa Valley, but only better."