Blinded by the Light: Chefs on Photography in Restaurants

Share All sharing options for: Blinded by the Light: Chefs on Photography in Restaurants 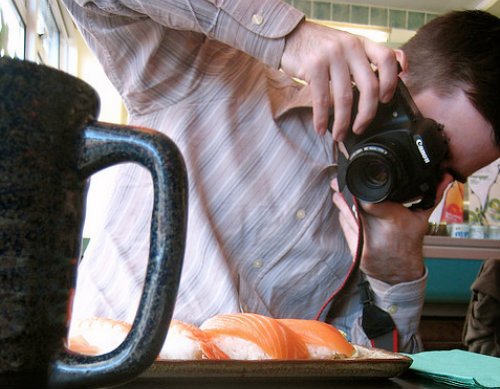 Not long ago, the only way to know what a certain dish looked like — no matter how many times you'd heard about it or read about the restaurant that prepared it — was by actually going out and eating it. Now it's not an exaggeration to say that if you search hard enough, you can find photographs of the food from almost any major restaurant online. That can be useful to interested diners, and restaurants often benefit from the attention and encourage the practice. At the same time, though, a number of successful chefs dislike or flat-out prohibit photography for a variety of reasons. With that in mind, we presented the issue to four chefs and a respected blogger to see how they view the matter. 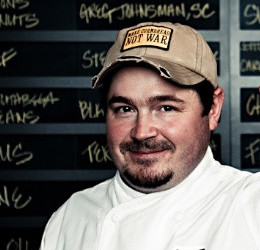 You allow people to take photos, but do you like it?
I love it for a couple of reasons. First, it helps document our cuisine. Quite often, we'll cook a meal for someone because they ask for a tasting menu, and we'll come up with a lot of it spontaneously and I won't remember half of it at the end of the night. If someone puts that up on Flickr, then there's like a log — it's documentation.

Also, if you know that a good number of people in your dining room are taking pictures of the food, you tend to make cleaner plates.

It makes you cook better, you think?
I wouldn't say that [laughs]. It makes us a little more careful in plating. If you think that any given plate could show up online, with thousands of people looking at it, you make sure to do it right. The cooks know that. They know that if I'm in New York and they plate something the wrong way, it could end up on Twitter, and with me seeing it. They're in deep shit! I can watch everybody.

Do you have any criticisms of it?
The only problem I have with it is the food getting cold. We go through so much trouble to get the food as hot as possible and the plate as hot as possible and every component as hot as possible without overcooking it. Then, if someone takes five minutes to take a picture of it before they eat, why should we even worry about making it hot in the kitchen? If they don't care, it doesn't matter. But if anyone complains after taking a lot of time, they're gonna get an earful. That's my only gripe.

And you don't think it can prevent you from being in the moment?
No, I think it's a great way to remember and enjoy it. I just don't want the dishes dying. 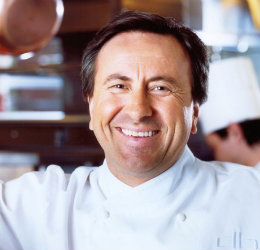 Restaurants: Daniel and multiple others, worldwide

What do you think?
This is a great topic in this world of passionate, food-loving, camera-phone-wielding, blogger restaurant patrons. And we do have a very particular take on the topic.

What is it?
Early on, we weren’t enthusiastic about guests taking photos of their food in the dining room. The principle reason: we were disheartened to find not very appetizing photos of partly eaten food online. Above all, we didn’t want photography to disturb guests at neighboring tables. In a perfect world, we prefer to provide the beautiful photos we have worked hard to orchestrate ourselves.

And that has changed?
We realized we might be dampening the enthusiasm of restaurant guests who are really passionate about personally documenting their own experience. So now "snap away" is our current approach, as long as it can be done without disturbing fellow restaurant patrons. And no flash, please.

However, when it comes to Daniel, as opposed to say db Bistro Moderne or DBGB, we do still discourage doing this in the dining room. Yet, we have what we think is a win - win solution for one and all. When guests want to photograph dishes, we invite them into the kitchen to shoot finished plates right at the pass. 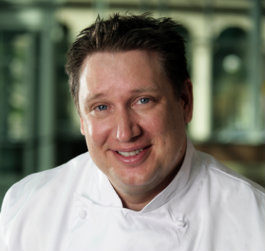 You're now letting people take pictures at the restaurant, right?
You're not going to stop people. That's the thing. We originally didn't allow photography, but now all we prohibit is flash photography.

Did your feelings on the matter change, or was it that you just let it go?
No, I still have the feeling. You're there for the dining experience with your companion, not to take photos of food. They publish food photos without your consent, which is taking intellectual property away from the restaurant. And also, generally, the photographs are terrible.

Can you elaborate on the point about intellectual property?
If you're publishing something in a public forum without written consent, that's problematic. I want the photos to represent the standards of the restaurant. If I post a fuzzy picture from Schwa, for example, I don't think it would be right to spread that. It's a generation now of instant gratification with the smart phones — we had a guy in here with a tripod last week! It's just food.

It also makes it a longer dining experience. If you come here and have the 24-course menu, and we put out eight dishes per hour. But if it takes you three minutes per picture, it's an extra 72 minutes on the dining time. That's half a turn that I'm losing on a two-top — $200.

We've been discussing finding a way to send people pictures of every dish on the menu to the guests when they come in.

So you don't think it can be a help to cooks or interested diners to have pictures out there, to give them an idea of what's going on at restaurant they may not be able to eat at?
That's fine, but when I was coming up as a cook, we didn't have the internet or pictures on camera phones. We went out and experienced it when we could. A picture cannot substitute the experience of what the food is. Looking at a picture isn't going to teach you how to be a chef. You have to experience it. It doesn't matter if the picture is there or not. 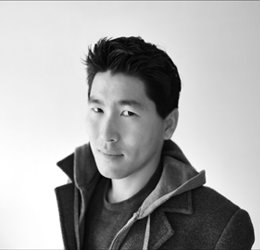 Why do you take pictures of every restaurant meal you have?
I like taking pictures of meals because food is beautiful to me — sometimes, at least. I also like to have a visual record of things. People take pictures of anniversaries or graduations because they want to remember being there, and I guess this is sort of my way of having that visual record. People will take photos when they go to the Eiffel Tower, and I'll go to Le Bernardin, photograph the meal, and remember what I ate.

What are your feelings on restaurants that prohibit or try to discourage it?
I'll be the first to admit and tell you that taking photos in restaurants is kind of silly. I still feel self conscious about it, even though I've done it for years. I've realized that in our world social norm, it's not really acceptable.

However, I also think it's silly for restaurants to not allow it. I haven't really heard a good reason from a chef to object to a customer taking pictures of their food. I'm a paying customer, so do you really care if I take a picture of it before? I do think it's problematic when people are being obnoxious. But if I'm not using flash, I'm not standing on the table, I'm not bringing in lights or a tripod, what's the problem?

What about the question of not being in the moment and interrupting the natural flow of a dinner?
I think that can be an issue for people, but I'll tell you that if I can't nail a certain photograph in a short amount of time, I move on. I'm there to eat. I'd rather be in the moment. I'm not shooting for a cookbook when I go out, I'm shooting a record.

Many cooks seem to cite you and guys like Adam at Life Worth Eating as providing a service. They can't get to many of these restaurants, and you provide a pretty clear glimpse. Do you see it that way?
I've come to know that this is a byproduct of my photography, but even now, it doesn't occur in my mind when I go out to eat. It rarely enters my mind. Maybe it's selfish, but I primarily do it for myself.

Do you not go to restaurants that prohibit photography?
Yes, there are two right now that I will not go to. One is Ko, and the other is Brooklyn Fare. On the other hand, I will admit that I have double standards. I did go to Masa and Komi knowing that they didn't.

Most diners aren't shooting with great cameras. Do you think photographing food gets a bad rap because good pictures are rare, and the bad ones can often make the food look crappy?
That's a very valid point. The majority of people are taking pictures on phones or point-and-shoot cameras that aren't really capable of taking pictures in dark dining rooms. I can understand that being a concern to chefs, but at the same time, we all know that on Facebook or whatever, there are always crappy pictures of people; when you go to the James Beard Awards, there are all these people taking pictures of each other, and not all of those are going to be great. It just happens. I can understand the concern, but I think it's a little exaggerated. 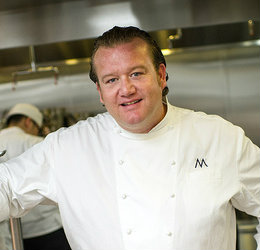 What are your feelings on people taking pictures of your food?
All for it. Why not? In this day and age, when I do a pasta at Marea or at one of the other restaurants, it's on Twitter almost immediately. What could be better for me than having someone quickly raving about a new garganelli with ground sepia, shrimp, chickpea crema, and pecorino and then having other people coming to the restaurant soon after and asking for that exact dish because that's how they heard about it?

Why do you think some chefs are more apprehensive about it?
I really think it's basically down to this: guys — chefs or cooks — are jammed up or upset because they think someone will steal their ideas or something like that. But you have to realize that everyone learns and borrows from everybody else. What could be better than showing a group of young chefs a technique or way to do something? I don't know the restaurants that prohibit it, but I'm thinking that that's a factor.

You can't really say that it takes up that much time, unless someone is taking twenty pictures of one dish. I could be totally off-base, but I think a big reason is to try to prevent people stealing ideas.

I'll end with this: do you know how many pictures of bone marrow fusilli are online? Thousands. That's why people keep ordering that puppy. I go through 500 pounds of octopus a week. I'm not worried about someone taking pictures of my food.