Share All sharing options for: No Reservation's Croatia Episode: Just the One-Liners

No Reservations host Anthony Bourdain found himself in Croatia on last night's episode, where he swam with fish, hung out with Schatzi the truffle-hunting wonderdog, ate a bunch of seafood, and drank way, way, way too much of the local wine. Below, the Quotable Bourdain — feel free to add your picks in the comments.

1) On drinking too much wine in Croatia: "Everything was beautiful in Croatia, but people got hurt." 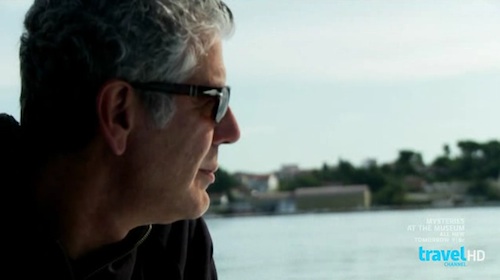 2) On harvesting mussels: "Deep below the surface of a long fjord, bags hang like dead gangsters in the murk."
3) On his first day in Croatia: "Time to get fucked up. And not for the last time, for sure."
4) On preparing mussels: "You could train a chimpanzee to do this eventually. Personally I wouldn't want a chimpanzee's hairy paws on my mussels."
5) On things he's afraid of: "I'm afraid of clowns. Nurses' shoes. Mimes. Ooh, I can't get out of the box."
6) On Steven Seagal's hair: "Steven Seagal. Just looking at that hair. It's like what the fuck happened to that guy's head? Looks like a possum died on his fucking head. It looks like a possum tried to fuck his head and died, mid act."

7) On Schatzi, the truffle dog: "Schatzi here is a truffle seeking missile, a four-legged drone equipped with the latest in high tech devices from our tech nerds: doggie cam."
8) On alternative methods for finding truffles: "Is there a truffle seeking application for the iPhone?"
9) On Schatzi's truffle discovery: "The odds were stacked against us. Our stunt truffle was ready to go. But noble Schatzi didn't let us down."
10) On truffles in Croatian restaurants: "Klaudio's place, Mondo Konoba, cooks them all sorts of ways, and for the price of what you pay for some burgers in Manhattan."
11) On growing up in truffle country: "Even in this area it's still a luxury, right? Kids don't grow up going, 'Ugh, truffles again? Mom!'" 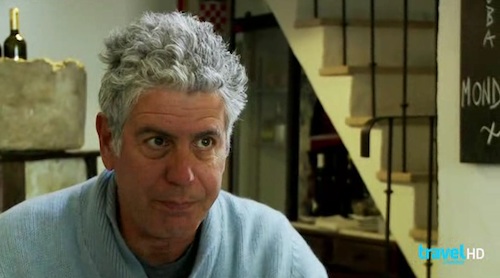 12) On truffle oil: "If I have a mission in life it's to let people know that truffle oil is fucked up."
13) On a restaurant that's famous for serving "trash fish": "Correct me if I'm wrong: this fucker comes along, puts you on TV, and now you're packed the entire summer? You bastard."
14) On lobsters: "Lightly dressed raw lobster, so fresh it's still moving. Bastard's looking at you while you eat its lower half."
15) On monkfish tripe: "That sounds about as appetizing as getting into an elevator after the Situation hot boxed it, but you know what? It's awesome."
16) On fish tripe: "That's the first time I've ever had that, anywhere on Earth. I've never had that, even in China." 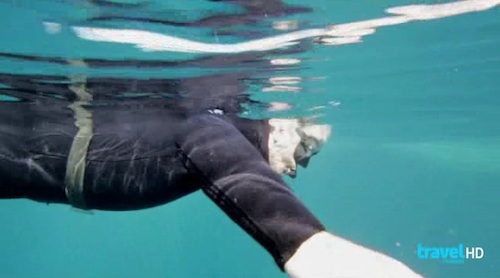 17) On a bluefin tuna farm: "An underwater farm, where sushi on the hook, so to speak, swims happily by, frolicking just below."
18) On the ideal tuna farm SCUBAing mindset: "I wish I was tripping. That would be kind of cool. Big fuckers looming up at you from below."
19) On why tripping at the tuna farm might not be such a good idea after all: "Do tuna have penises? Do we know? I am not getting anally raped by a fucking tuna. Is this mating season?"
20) On how to get tuna to spawn in captivity: "I'm telling you: Barry White, vodka, and Red Bull." 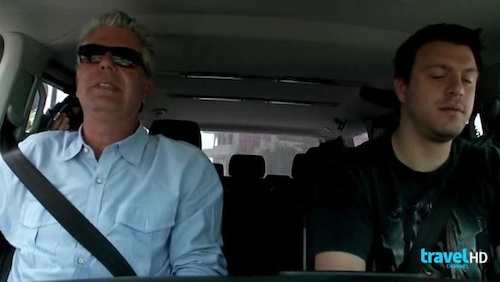 21) On his guide's poor driving skills: "I brought the hacksaw and the quicklime, so if we hit anybody we can pretty much dispose of their body."
22) On parties: "An entire beachload of heaving, half-naked, oiled breasts? No, I'm over that, man."
23) "Reading" the local newspaper's story about him: "Supernaturally endowed American chef Anthony Bourdain, said to be possessed of a freakishly large penis, his culinary skills often mentioned in the same breath as Thomas Keller, Alain Ducasse... Linked with Lindsay Lohan, Kim Kardashian, and Snooki from Jersey Shore? What kind of yellow journalism do you have here?!"
24) On Croatian food: "If you like food, and you haven't come here to eat, you're missing the fucking boat." 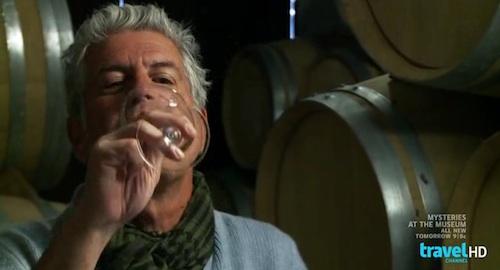 25) On Croatian wine: "I want to bathe in this. I would like to frolic in this wine. Where's my toga?"
26) On a meat risotto dish: "I didn't bring my bathing suit but I'm thinking about jumping in there."
27) On falling over after drinking a bunch of wine: "Somehow, I don't know what happened, even though we're trained chefs and drinking professionals, things must have gotten past us. Because we went outside for some air and the next thing you know, the world turned and the floor came up." 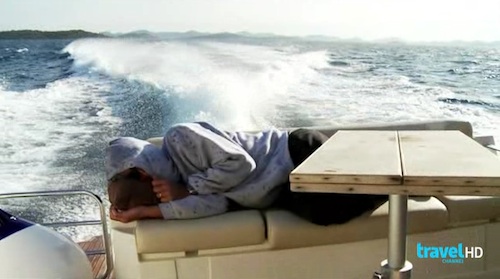