Share All sharing options for: Chefs Weigh In: The California Foie Gras Ban

Editor markup for Foie Gras Gallery. This is only visible in the story editor.

The most heated discussions at last weekend's Pebble Beach Food & Wine industry bender probably surrounded the Farewell to Foie Gras dinner (pictured, gallery above), hosted by Michael Ginor of Hudson Valley Foie Gras. The "Farewell" was a reference to SB 1520, the California foie gras ban set to go into effect on July 1 of this year. As the date approaches, pro-foie gras dinners are going full tilt across California.

Eater snagged a moment with some of the country's preeminent chefs — including Christopher Kostow, Cindy Pawlcyn, Dean Fearing, Thomas Keller, Christopher Cosentino, and Russell Jackson — to gather their mostly angry and sometimes very colorful commentary on the matter. 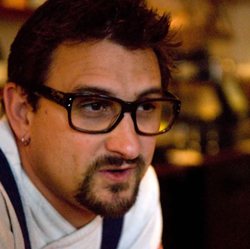 Restaurants: Incanto in San Francisco and Umamicatessan in LA

If I said the things that are being said to me on a daily basis, I'd be in jail. If I sent letters and emails the way I get letters, I'd be arrested. But they're okay. It's a one-sided situation. A minority is bullying a majority. I don't tell them that they can or can not eat things. Do I agree with their stance, no, I think they're taking away a basic right of freedom of choice. That's an issue. It's a hot button topic. The problem is everyone waited until the last six months. This has been a law that's been set in stone for the past seven years. Why does everyone wait until now to talk about it? Nobody tried to repeal or help. A lot of people have been doing things quietly. 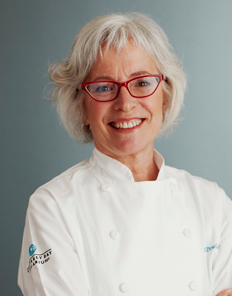 I'm working with a group of people that are trying to overturn the ban because I don't think it's right to tell someone what they can and can not do. There are humane ways to raise the ducks, so I don't think there should be a law about this. Chris Cosentino is one of the founders of the group. They've written up a nice, logical explanation of the humane care of animals. I think it's crazy to say, "Oh no, you can't do this." You don't have to eat it. It's America. Because of health I don't eat it very often, but I want to know that it's there and people can have this business. It's silly. It's not like they're raising the animal just for the foie. The entire animal is used. It's not like when the Chinese eat bear claw and leave the rest of the animal. I have a a problem with that. That's wasteful. These are farmed animals coming from an agrarian culture. If you don't like it, don't eat it. 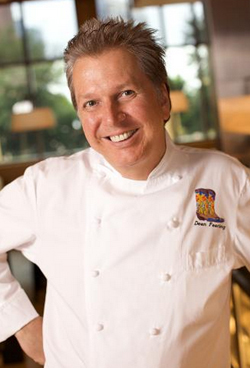 Restaurant: Fearing's at the Ritz-Carlton in Dallas

I serve a lot of foie gras in Texas. I have a lot of customers that love foie gras. It's been around for you know 1,000 years since the Egyptians. It's amazing we all the sudden are doing this. I understand, I do. Animal rights, all of that. We might as well stop eating meat all together. I tell ya, if anyone's been to a slaughter house they wouldn't like that. I don't know why they're battling foie. Production of chickens would make you throw up. Seeing a slaughterhouse with pigs and cattle will make you throw up too. Pork is now bigger than ever, and pork has a brain. Pigs have brains. It's like wow. I think in my later years I'll be a vegetarian. 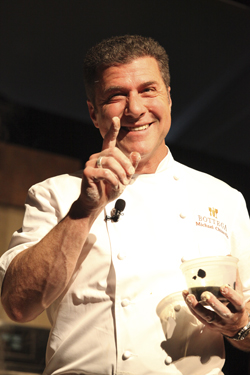 As an Italian chef it means probably the least to me. It's not a gigantic part of my menu. Selfishly it won't change my culinary life. I'm an organic, biodynamic farmer for my winery. I grew up in Central California. I've watched farms from an agricultural perspective. The problem isn't foie gras, the problem is a lot of agribusiness has lobbyists. I've been in every foie gras farm that I know in Northern California. Week number one I was there. I've watched them grow first hand. I've also walked into a chicken farm where a million chicks are dead because some idiot mixed the chemical wrong in their feed. A million chicks dead in one fell swoop. The point is not foie gras, the point is boneless skinless fucking chicken breast.

If we're going to do something healthful for American lets do something that's going to change the lives of millions and millions of Americans and our children. Foie gras is a 1000th of 1 percent of consumption of anyone that consumes anything in America. So if you're going to pick something? This is a stupid place to start.

It's a decision based on agronomics not intelligence. If we took the amount of attention and money put to this, and applied it to something more significant we'd make a gigantic impact to help Americans. 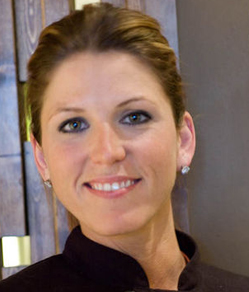 It sucks. You can quote me. How about this. Here's a $50 salad. Enjoy your foie gras. 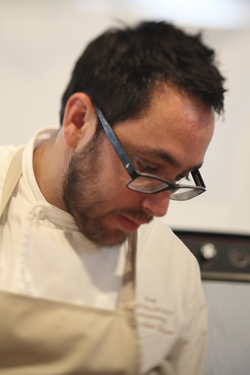 Restaurant: The Restaurant at Meadowood in St. Helena

I think, frankly that it is unbelievably misguided. Certain lobbyist groups went after low hanging fruit by choosing a product that most people (legislators among them) are unfamiliar with and a product seemingly enjoyed by the one percenters. If our goal is to stop animal cruelty, then these same groups would be better focusing on the animal husbandry practices of the factory farms that produce the chicken and beef for fast food chains. I have been a vegetarian before and understand the arguments, but I don't think a state senator should have the ability to tell me what to cook and serve.

I participated in a recent foie dinner with Ken Frank, Roland Passot and others. The problem is that I'm not sure if gluttony in the form of lots of foie consumption is going to help us achieve our goals. There needs to be a reasonable, articulate argument and the foie producers need to continue to be transparent abut their operations and practices.

On the protesters, well, I certainly applaud people fighting for what they believe in, but for fucks sake — how about unjust wars, a broken political system, global warming, and human trafficking? Most of these people have never stepped foot on a foie gras farm, and are whipped into a frenzy by wrong information. It is a shame that we live in a political climate where he who yells loudest, wins.

I always serve foie. Foie gras is part of the history of gastronomy – a link to Point, Pic, Chapel, etc. It will be shameful if these people succeed in taking that away from us. We already work in an industry with a very short collective memory — this is merely one more link to the past that will be severed. 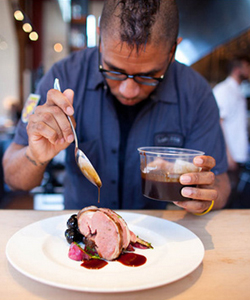 Californians need to look at the bigger picture and not get bogged down with the rhetoric of this law. We're dealing with the actions of terrorists. Take a moment to read the law you're to get, and you'll realize it's the worst thing that can happen not just to California, but to the U.S. PETA sued Allied for duck feathers. This law is not about foie gras. It's about eliminating animal protein from the American diet. Once they get this foothold in, do you think you'll be able to rationally tell them you want to eat that chicken? Or you want to eat that hamburger? PETA is going to sue and sue and sue and plow people under. 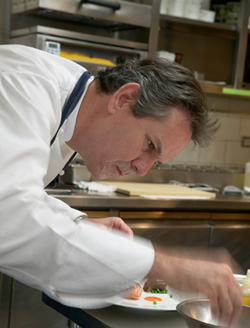 Restaurants: Bouchon Bakery in Los Angeles and Yountville, CA, Per Se in New York, The French Laundry and Ad Hoc in Yountville, CA

We have always stood behind our foie gras purveyors and the caliber of foie gras that we serve at our restaurants.

We respect everyone's right to free speech, regardless of the protest's cause. We strive to balance their desire to be heard with our need to ensure the safety of our staff and guests, and work towards a peaceful exchange at all times. We felt we achieved these goals when protesters visited our restaurants in 2010.

We also the respect the decision made by the California State Legislature. We will abide by the law once it is enacted, July 1, 2012.