Share All sharing options for: No Reservations' Kansas City Episode: Just the One-Liners 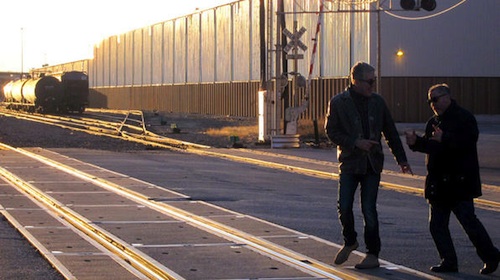 Well, it was all barbecue, all the time on last night's episode of No Reservations, apart from when Anthony Bourdain's sidekick Zamir went to a hair museum for some reason. Below, tips on television hosting, doing Guy Fieri impersonations, tailgating, and optimal smoked meat enjoyment. Now, on to the Quotable Bourdain — feel free to add your picks in the comments.

1) On barbecue: "You know you want it. Tender, smoky, slow cooked but still moist, sticky with sauce, falling off the bones. You know it, you've seen it, chances are if you're any type of American, you like it. But have you had enough?" 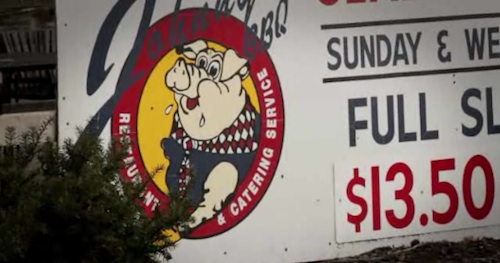 2) On Kansas City's claim to the title of Barbecue Capital of the World: "Turn your head there's another pig wearing a bowtie or a cow perched on a pole."
3) On the overexposure of Kansas City barbecue: "It's terrain you'd think would be pretty well picked over by every food show host since the beginning of time, the glory of its smoked meats photographed from every angle."
4) On where his barbecue allegiances lie: "Let me make this clear right up front: if I had one bite of barbecue left to eat on this earth, I'd probably go with some North Carolina whole hog."
5) On hosting a television show: "It's not that hard, really. If history teaches us anything, it's that anybody can do it." 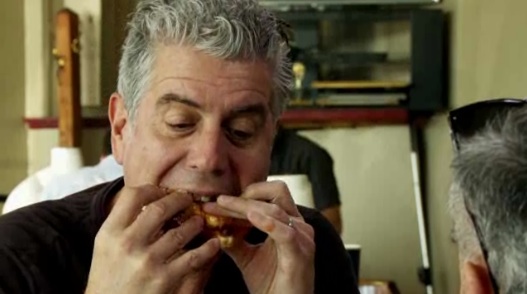 6) On how to eat barbecue: "First rule of barbecue in my book: do not waste precious real estate with a bunch of sides, no matter how enticing."
7) On barbecue's role in the USA: "God bless America. Now serve the pork and pass the ammunition."
8) On television: "Television is a cruel mistress. To be with her requires the same qualities you'd require of Madonna's cabana boy: stamina, endurance, a strong stomach." 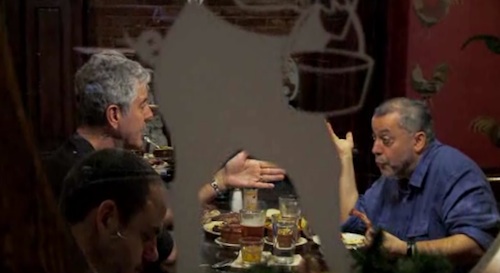 9) On the dining room at Jack Stack Barbecue: "It's a little too clean in here, it could use a little more filth."
10) On how he got to be good at hosting TV shows: "Ten years of getting butt-rogered by networks."
11) On his television hosting skills: "I'm telling you, I can smell a hit. Or is it feces?"
12) On why Zamir went to the Hair Museum: "Eager to prove himself, he apparently bribed one of my camermamen with some Romanian prescription drugs and went to a tourist destination where dreams are made of."
13) "The Black Keys, as they call themselves, claim to have driven all the way from their home town of Akron, Ohio — a known breeding ground for serial killers, by the way."
14) On improving one's Guy Fieri impression: "You gotta throw the faux gang sign."
15) On Bourdain merchandise: "I don't sell t-shirts and apparently I'm a fucking idiot. What would be on my t-shirt?" (See below.) 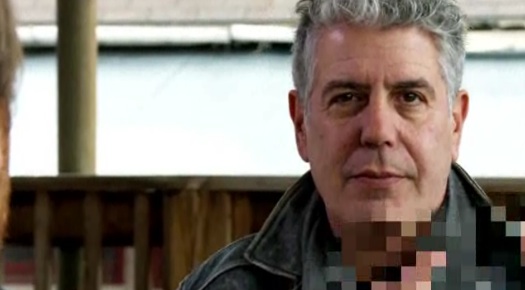 16) "It is my belief that behind Citizen Kane and the early works of Roberto Rossellini, the Patrick Swayze film Roadhouse is the finest film ever made."
17) On having access to beer and smoked meat: "I think all of our basic food groups are covered here."
18) On his secrets to success: "You have to make every word sound like the next bite of food is going to be filled with gold nuggets."
19) On eating spit-roasted lamb out in the country: "My quality of life in New York is just completely fucked." 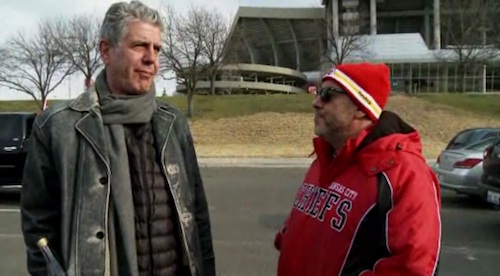 20) On tailgating: "I've never been to a tailgate party. Does that make me, like, gay? Or socialist?"
21) On why he did a barbecue show: "Really, the perverse point of this whole exercise is to do everything in one show that I've always avoided: to embrace the Food Network beast, hold it tight, squeeze until its eyes pop out of its empty skull."
22) On what tailgating really is: "I may not know or care about football, but I like food and liquor and the company of fellow enthusiasts in this sector. And I quickly come to realize that it's not really about football at all. It's about a temporary city of really good food and lots and lots of alcohol."
23) On getting sick of barbecue: "Tomorrow I'm going to burn these sticky, smoky, airborne grease infused clothes and have a nice green salad. With a hunk of brisket on top." 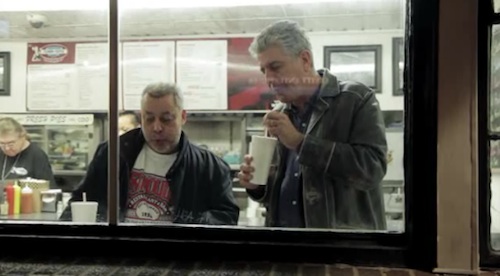 24) On drunk munchies: "It's what made American great, what gave us the strength to win the Cold War. It was cheeseburgers that won the Cold War. Cheeseburgers and root beer."
25) Anthony Bourdain bids you good night: "And now to sleep. To dream, well, perchance to fart."