The Periclean age of bacon continues: Yesterday Burger King in Japan launched a campaign that allows you to super-bacon-size a hamburger by adding an optional 15 strips of bacon for a paltry 100 Yen ($1.23 USD in today's exchange rates). That is "500% UP!!" from the normal amount of bacon.

There has been quite a bit of activity in the already overly-saturated baconsphere recently, what with Burger King testing a bacon sundae in the US, the announcement of a bacon reality show, and Jack in the Box's bacon milk shake. But of course that makes sense; to quote Josh Ozersky, the future of bacon is "infinite, prosperous. A broad, sunlit upland." 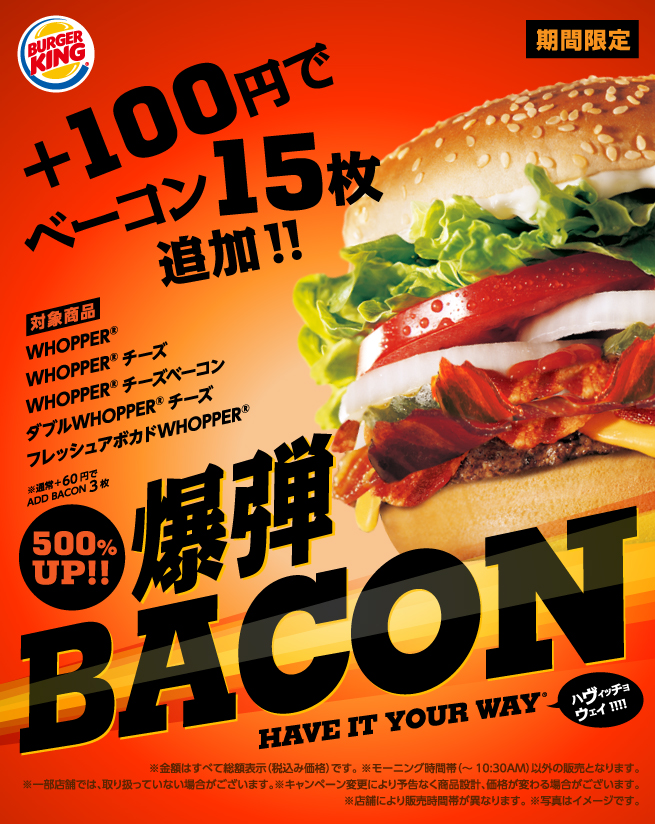