10 of the Hottest New Wine Lists Across America

Share All sharing options for: 10 of the Hottest New Wine Lists Across America 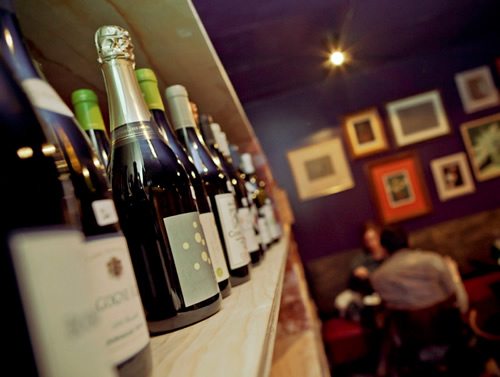 As we near mid 2012 it's high time we check in on five cities — New York, Chicago, Los Angeles, San Francisco, and Portland — to see which restaurants are raising the bar with their new (or improved) wine programs. While some might assume that New York and San Francisco would lead the pack of forward-thinking lists, the last six months have shown that the some of the country's most innovative lists are popping up outside the big two. Here, now, a look at ten hot lists from Ambonnay in Portland, OR to Nellcôte in Chicago, to North End Grill in New York City. 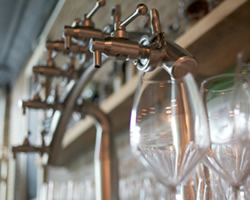 Chef/Wine Director: Michael Schrader
Located in Chicago's Little Italy, Chef Michael Schrader's Urban Union boldly swears off red sauce in favor of clean, market-driven small plates. The wine list also ventures outside of straw bottle Chianti and Tuscan vernaccia to include a long list of German and Austrian whites. The rest of the list's 150+ selections stay within Italy, France, Spain, and California and wear very low markups, with most selections falling right around $40. The wines by the glass offer a particular draw, with more than 30 (including more than a handful on tap) between $5 and $18/glass. The focus here is on acid and brightness and the producers who are bringing it are mostly small with an eye toward organic and/or biodynamic farming.
Standouts: Larmandier-Bernier Blanc de Blancs Brut, Vertus NV $93; Knoll Grüner Veltliner Smaragd "Kreutles" 2008 $63; Michel Lafarge Bourgogne Pinot Noir 2008 $55; Eric Texier St-Julien en St-Alban "Vielle Serine" 2009 $60 [Photo: Eric Sawitoski] 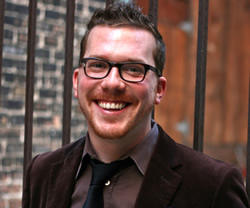 Wine director: Jason Wagner
Wagner is an NYC ex-pat fresh off of a two and a half year stint as wine director at L'Atelier. With Nellcôte he has fashioned one of the few lists in the country that ventures to question why nightlife and good wine can't play nice together. After 10pm Nellcôte goes from fine dining spot to lounge with DJ. Jager shots ensue but, believe it or not, wine still outsells cocktails. The list's strength is in the islands section, where you'll find an unusually large collection of wines from Greece, Sicily, and the Canary Islands. Wagner is also at work with the Nellcôte group on a Champagne salon, which will exclusively offer grower Champagne with a small collection of still and dessert wines. It's slated to open this summer.
Standouts: Piedmont Cavallotto "Langhe Bianco" Pinot Nero 2010 $60; Côtes De Provence Clos Cibonne, Tibouren 2009 $42; Corsica Maestracci "E Prove" 2008 $45; Barolo Oddero 1996 $160 [Photo: Jamco Creative] 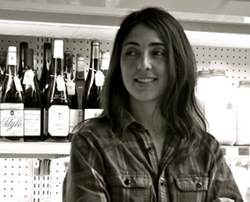 The Woodsman Tavern, Portland, OR

Wine director: Carly Laws
Woodsman Tavern opened in the fall of 2011 and has quickly become one of Portland's hottest restaurants. Evan Zimmerman's cocktail program has been receiving plenty of attention, but the wine list—courtesy of GM and wine director Carly Laws—deserves equal mention. Laws worked with the all-female wine list at Annisa in NYC before moving to Portland to write the wine lists at several restaurants, including Clark Lewis. She eventually went on to become a partner in Olympic Provisions before leaving to open Woodsman. Her list is short with a focus on the old world and the mark-ups are low enough to make most American urbanites cry in envy. There's a great list of half bottles, a small section dedicated to local reds, and a smart list of quirky sparkling wines.
Standouts: Jean Vesselle "Oeil de Pedrix" Brut NV $98; Clos Nicrosi Cap Corse "Cuvee Toussaint Luigi 2010 $82; Punta Crena Rossese "Vigneto Isasco 2010 $40; Ar. Pe. Pe. Sassella Riserva Valtellina Superiore Rocce Rosso 1997 $118 [Photo: Carly Laws] 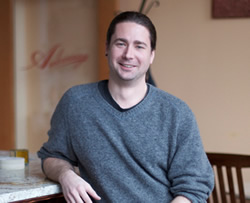 Wine director/proprietor: David Speer
Ambonnay is certainly one of (if not the only) wine bar in America offering only Champagne and sparkling wines. The list features around 60 selections including 6-8 Champagne pours priced between $10-16 on anything from Roederer to Goutorbe. These are by-the-glass prices that are unheard of for Champagne, but Speer's whole goal is to put Champagne within the everyman's grasp. Speer avoids the growers vs. houses dichotomy and has instead fashioned a well-chosen, diplomatic list that joins Portland's Pix Patisserie as one of the best places on the west coast to drink bubbles on a budget.
Standouts: Laherte Frères Les Clos Extra Brut NV $90; Jacques Lassaigne Cuveé Le Cotet Extra Brut NV $95; José Michel Pinot Meunier Brut NV $60 [Photo: David Speer] 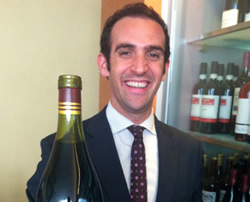 Chef sommelier: Michael Madrigale
Michael Madrigale took a risk at Boulud Sud risk by placing oft-misunderstood and neglected regions—Languedoc, Roussillon, and the entire country of Greece—in front of an established Upper West Side audience accustomed sucking down Bordeaux and Burgundy. He could have never imagined he'd end up with pre-opera crowd adventurous enough that they'd come in asking for assyrtiko, but that's exactly what happened. It's forward-thinking list whose success has proven that a fine dining list can exist outside the box and still succeed. As the creepy voice in the cornfield once said, "If you build it, they will come."
Standouts: Chateau des Estanilles, Faugères Blanc, Languedoc 2006 $59; Salomon Undhof, Riesling 'Pfaffenberg' Krems 1996 $120; Argyros Estate, Mavrotragano, Santorini 2008 $95; Domaine d'Aupilhac, Montpeyroux, Languedoc 2008 $50 [Photo: Michael Madrigale] 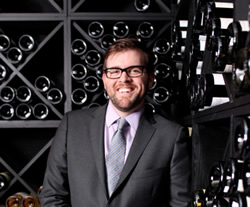 Wine director: Jason Hopple
North End Grill is located just a stone's throw from Goldman Sachs in the eerily manicured "neighborhood" we call Battery Park City. It's unlikely place for a restaurant, but in Danny Meyer form it's managed to wrangle the flow of money on their way to the waterfront. It's the American banker's take on brasserie with a list attached to it that, to me, is the new archetype for the short wine list in NYC. It's brief, but perfectly in line with the food; it's familiar but not predictable, well priced, and deep enough to warrant a splurge. Short lists are hard to write and the category is rife with mediocrity in New York, but Hopple with the help of Union Square Hospitality Group's wine director John Ragan, has managed to show this city how it's done. Oh, and if you like scotch, this is heaven.
Standouts: Riesling Grand Cru, Saering, Dirler, Alsace 2004 $75; Santenay 1er Cru, Les Gravières, Bruno Colin, Burgundy 2006 $75; Barolo, Vigna dei Dardi Riserva, Fantino, Piedmont 1999 104; Champagne, Blanc de Noirs, Inflorescence, Cedric Bouchard $125 [Photo: Melissa Hom] 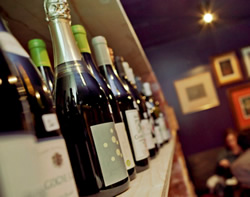 Wine director/owner: Santos Uy
Instead of choosing a wine from a paper list at Papilles (whose name is borrowed from the Paris wine bar, Les Papilles) you grab one from the shelf, where the short collection of 20 reds and 20 whites—plus a handful of beers and sparkling wines—are tagged with prices. With just 23 seats Uy wanted to make the experience of choosing a wine with dinner a little less intimating, more intimate, and a lot more ? french. There is only one red and one white available by the glass and those rotate with the menu. As for the by the bottle collection, that also rotates frequently with 1-3 wines switching out per week. The list tends to skew toward natural and the beer selection is heavy on sours.
Standouts: Cellier des Cray Chignin; Mas de la Devèze La Devèze Rouge Côtes Du Roussillon Villages VV [Photo: Evi T'Bolt] 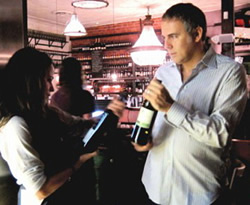 Wine director/GM/partner: Max Stefanelli
Terroni has all of things we associate with a great wine list: compatibility with the food menu, fair pricing, vintage depth, etc. But it also has smarts and magnetism. Somebody clearly made love to this wine list. And that guy is Max Stefanelli. The list isn't new, but its expansion outside of Italy to include countries that were once part of the Holy Roman Empire is. It's such an intelligent and educational way to add on to Italy that I can't believe no one else—at least that I know of—has done it before. The list leads into this section with a tidbit that explains it all: "As the borders (confini) of Italy have expanded and receded over the centuries, the vines have as well. Italian grapes find their way to neighboring countries and those countries vines find their way to Italy, sometimes blurring the recognizable lines of origin." Love.
Standouts (from the expansion): 2008 Žilavka "Greda" Brkic MOSTAR $48; 2008 Pinela Bati? v.o. Vipavska Dolina $60; 2007 Humagne Rouge "La Mourzière" Cave Calòz Valais A.O.C $60; 2009 Kékfrankos Pfneiszl ?jura Együtt $44 [Photo: Ben Andersen] 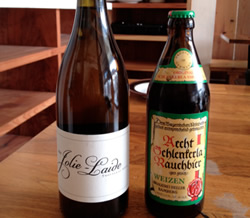 Beverage directors: Kimmy Watson-Jew & Vinny Eng
Bar Tartine is not a new restaurant, but it's wine program, which has been through some recent changes, is consistently improving. Alex Fox built a really great beverage list, but wine always played second fiddle to beer. But it's slowly becoming a program with a greater focus on wine. Fox laid the foundation and now Kim Watson-Jew (who handles old world wines) and Vinny Eng (who is in charge of the new world and beer) are trying to wrap the list a little tighter around Chef Balla's "heritage cooking." What that means is focusing on time-honored "lineage" wines that speak of tradition, as well as domestic wines that have looked to Europe for inspiration. Watson-Jew and Eng are also trying to emphasize the confluence of different cultures that have come to define many of Europe's great wines, by bringing wines that come from regions near borders or bodies of water. There's a lot of intellectual willpower here that has made for a very good list worth watching, as well as one that is philosophically in line with the kitchen.
Standouts: Albarino, Benito Santos 'Saiar', Rias Baixas, Spain '10; Fiano di Avellino, Ciro Picariello, Campania, Italy '06; Syrah, Cuilleron "Candives", Rhodaniennes, France '10; Haandbryggeriet 'Norwegian Wood', Smoked Ale w/ Juniper, Norway 500ml [Photo: Vinny Eng] 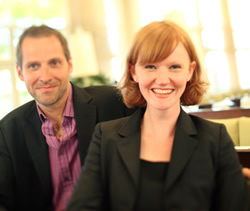 Wine directors: Kelli White & Scott Brenner
Kelli White is the former head sommelier at Veritas, one New York's deepest primarily European wine lists, and Scott Brenner is the former wine director at Aureole in NYC and co-founder of the now closed Clo. But they wanted to find a way to get closer to winemaking and when Leslie Rudd approached them with his idea to put together an epic Napa-focused wine list at PRESS, moving west seemed like the right thing to do. They took over the list in 2010 and have since grown it from 250 to 1,200 selections—800-900 of which are cabs—stretching back to the 1950s. It's now the finest repository of old Napa wine in the world that brings drinking local (almost nothing is from outside Napa) to a whole new level. Bonus: the mark-ups are kept close to retail prices, so you can drink deep with $150 to spend.
Standouts: 1990 Mayacamas, Mt. Veeder (Magnum) $325; 1974 Robert Mondavi $195; 1966 Inglenook, Cask F29 $445; 1986 Ridge, Geyserville Zinfandel $115 [Photo: PRESS]