Share All sharing options for: Are Wine Tasting Notes Really That Effective?

Welcome to Vintage America, a column on the history — and future — of American wine. Every week Talia Baiocchi, author of the Decanted column on Eater NY, will take a look at winemaking from Virginia to Texas to California, to uncover the people, events, and trends that have made America one of the most dynamic countries in the world of wine. 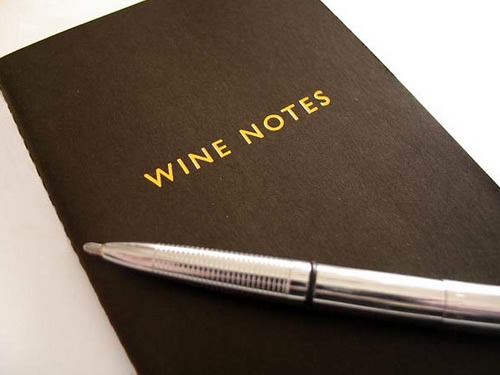 As the debate around whether the 100-point scale should be applied to wine rages on, the utility of the wine tasting note — with all of its flowery adjectives and laundry lists of fruits — has also come into question. American wine writers (mostly notably Robert Parker) popularized the fruity tasting note, along with the wine score, in the early 80s as a way to democratize wine for a country that still had very little knowledge of it. By defining wine by familiar flavors, they made it more accessible.

But now that wine has become a larger part of American culture, a question is being asked with greater frequency: Is the listing of fruits and adjectives actually helping or hurting the consumer understand it? Some of the professional wine community would like to see them all together abolished, while others see the fruit cocktail tasting note as one of America's great contributions to wine writing.

British wine writer Fiona Beckett recently wrote about the merits of fruit descriptors in tasting notes. Her post was prompted by a website called Random Wine Review Generator, which essentially shuffles a database of wine reviews to come up with spoof notes like “fuses satirical parsnip flavors and a near-demonic vodka aroma.” Here in the US, the Twitter account @fakewinereviews is a similar, if a bit more raunchy, version. All satirical parsnips aside, though, Beckett contemplates whether or not the descriptors that wine writers use are actually that much more helpful than a note about demonic aromatics. In short: no, not really.

Navigating The Subjectivity of Taste

Taste is subjective in a number of ways. Our tastes are shaped culturally by the expectations, prejudices, and perceptions we bring to a wine, as well as the flavors that each individual person is reared on (e.g. Asian flavors as opposed to western). Genetics also come into play. Not only do we inherit certain flavor dispositions, but how we detect bitterness depends on whether we have the bitter receptor gene called TAS2R38. There's also a physiological subjectivity that is learned; through experience our perception thresholds adapt to what we've been exposed to. In other words, if you drink dry German Riesling everyday, your threshold for acidity will eventually become higher.

Just so we're clear, by acknowledging the subjectivity of taste, I'm not trying to give weight to faux populist arguments that suggest that if you think it's good, then it must be good wine. There are certain wines that are undeniably bad (see: jugs Carlo Rossi many of us fell in love with in college). All of the subjectivity in the world isn't going to make certain wines good, and I am not going to be the one to defend the guy who shows up to your party with a magnum of Yellowtail.

I agree with Beckett that the most helpful language used to describe how a wine tastes generally includes words like salty, sweet, bright, crisp, full, and tannic; rather than specific fruit flavors like quince or gooseberry. Someone, for example, might smell quince when the other smells gooseberry, and still the next person might not know what the hell either of those fruits smell like.

But Beckett worries that more general descriptors become too redundant and fall short of truly distinguishing wines from each other. Her solution is the tempered use of fruit descriptors combined with those more broad terms—or simply replacing words like "citrus" with "fresh" and "zesty" to come up with a middle ground. But this still misses the point.

Foreign Fruit and the Good Fight

The easiest way to distinguish wines from each other is to give them context. After all, wine is about more than taste; its allure, as alluded to above, relies on how we connect to it culturally. Where a wine comes from, who makes it, and how it fits into the greater fabric of a region or country should at least be hinted to in a tasting note, even if it's limited to 140 characters. In other words, writers don't need to change the language, they need to change the message.

That said, the way wine writers (and sommeliers, etc.) can potentially give wine relevance to the reader or the diner and deal with the subjective differences in tastes, is to look beyond simple taste-driven descriptions of wine.

So, for example, instead of this:

..."delivers an almost inordinate diversity of floral, herbal, citrus, and pit-fruit (predominately nectarine) elements, with the bitterness of fruit pits, smoky pungency of red currant and crushed stone, as well as notes of shrimp shell reduction and iodine inflecting a long, bittersweet, yet at the same time vibrant, buoyant finish. This silken textured seducer should gain with time in the bottle and be worth following for ten or a dozen years." – Robert Parker

"Sauvignon blanc sourced from silex soils in Pouilly-Fume from low yielding vines that range from 15-50 years-old. The wine is barrel-fermented and aged and yields an effusive, turned-up-to-ten take on the grape that challenges the image of sauvignon blanc in the Loire Valley. A singular wine that's built to age from one of the great wine minds of France."

It hints at the intensity of the wine — without making it the focus — but also offers some information on the terroir, the producer, and why the wine is important/interesting. In the end, the idea is to inspire adventure, not dependence. If the wine writer's quest is to explain a wine's significance — and not just the way it tastes — the tasting note should be more than just a list of ingredients.